The Year That Was
Life
Social & Lifestyle

The Year That Was

A look back at 2018 from different perspectives

2018 has come and gone as quickly as motorcyclists swerve off the sidewalk when they see a cop. And it's been a whirlwind of a year -- the Winter Olympics, Harry and Meghan, Yanny and Laurel and the daring rescue of the boars. With the many, many events, it's hard to recap everything in one go. Plus, we don't want to make the same mistake YouTube Rewind did. So we decided to ask people from various walks to life to tell us what the year has been for them. Here's a look back at 2018 and here's us wishing you a Happy New Year!

2018 has been a good year for international cinema. The list of best -- of titles could run to 20 or more -- and I mean everything from the aching Chinese drama Jiang hu er nv (Ash Is Purest White) to the Polish heartbreaker Zimna wojna (Cold War), from the European avant-gardism of Le livre d'image (The Image Book) to the Mexican ode to childhood memory Roma (in cinemas now), while American indie filmmakers have given us the rhapsodic black romance If Beale Street Could Talk and the Ethan Hawke-starring priest drama First Reformed, to name just a few. True, some of these films won't make it to Thai cinemas (which begs the question, why not?) and we're still content with the spoon-fed Hollywood blockbusters -- but the robust offerings out there from across the globe is proof that in the age of Netflix and small-screen consumption, real cinema is still alive and well. 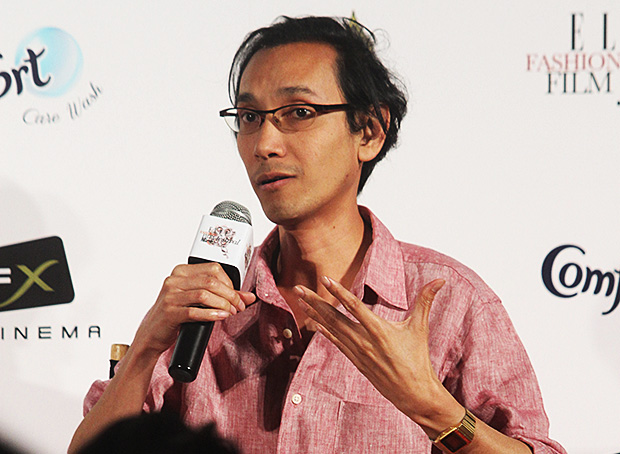 2018 really was the year of opportunities. Settling into my third year in Bangkok, I have come to a point where I can look back with nothing but gratitude. So much has happened that made the rest of my years dull and boring. Having won some great accolades from industry peers, as well as making my national TV debut, 2018 has really been the year of opportunities. Being a chef is so much more of a team effort than most people would think. Nothing would have been possible without my incredible team [at the now closed Freebird] that helped me along the way -- I miss you all dearly. From a personal standpoint, 2018 couldn't have been bigger. Having decided that I will most likely go into business with my life/crime/cook partner, Michelle Goh (trust me, remember that name) I also asked her to marry me, and she said yes! Having Freebird sold has really got me asking myself what to do next. I guess only time will tell. I cannot wait to see what 2019 will bring. With any luck, I think it will be even better! 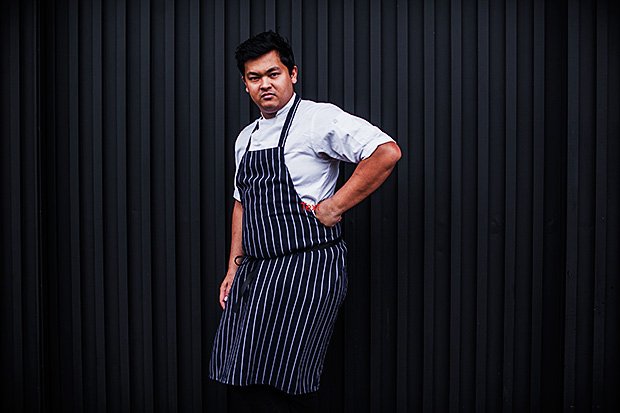 This was the year of taking big steps. 2018 has been great but it also came with a lot of struggles. Trying to introduce a new mind set and also standing up against the naysayers wasn't easy. We are looking forward to continuing our work, make progress and grow as a community. 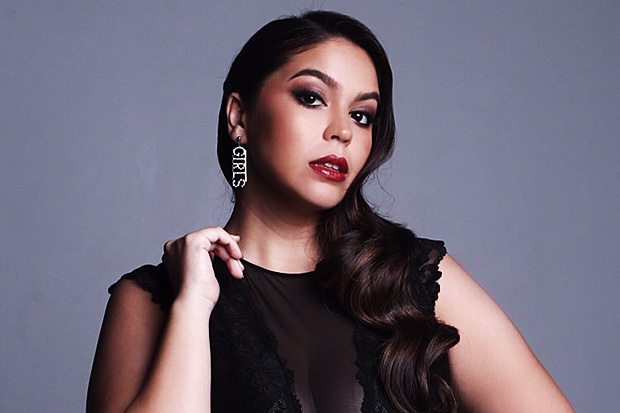 It's been a hell of a ride since the beginning of the year. This year is definitely a year of firsts where I did things beyond what I had thought possible. I performed my mentalism as a feature act and as a closer for every single comedy club around Bangkok. I produced my first full evening mentalism show. I was on a podcast and interviewed by a journalist for the first time. The craziest thing was for the first time I predicted a newspaper headline and ended up being featured in the online news article. I haven't changed the world but maybe my mentalism made someone's day. 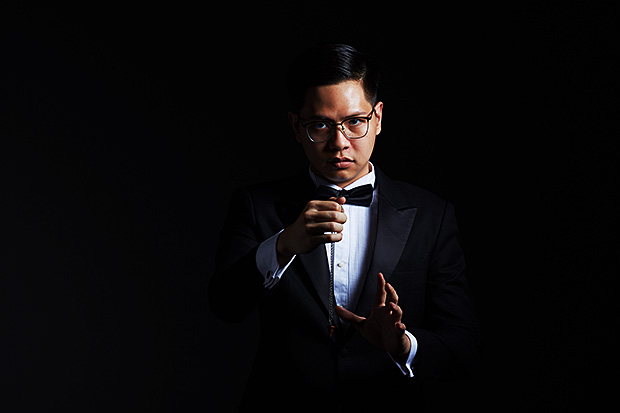 Chef and owner of Pizzeria Mazzie

2018 has been a year of change and excitement about the future, for us and our team. I've transitioned from being an executive based in Hong Kong to moving to Bangkok where we started our company and opened Pizzeria Mazzie. We're very pleased with choosing Bangkok as our new home and to base our company here and the warm welcome we've received has been incredible and humbling. My intense focus on the quality of the dough and ingredients has helped us earn our reputation for quality and our atmosphere at the pizzeria came about organically with the support of the neighbourhood and group of regular customers. Bangkok has a very diverse food scene and we're pleased to be part of the growth and push to bring quality and increased diversity with originality and quality as the focus. We're very excited for our plans and future of the pizzeria, as well as other opportunities born from it. 2018 has been a great year, full of change, satisfaction and anticipation for what lies ahead in 2019 for us, our staff and customers. 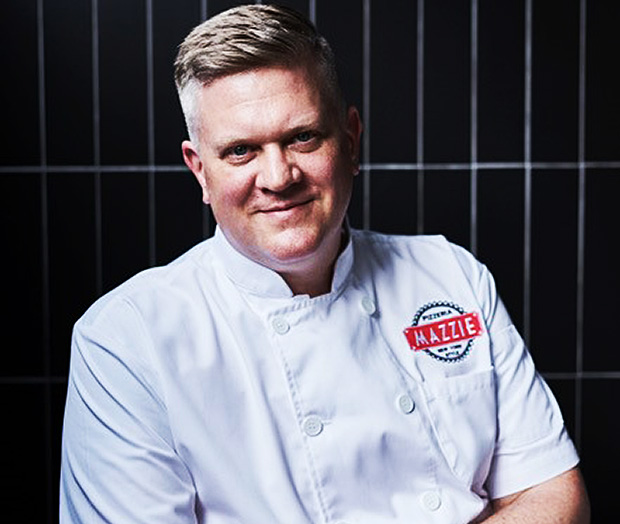 Chef and owner of Bad Burger

2018 is a year of equality. Everyone equally got offended at anything, from politics to Christmas songs. 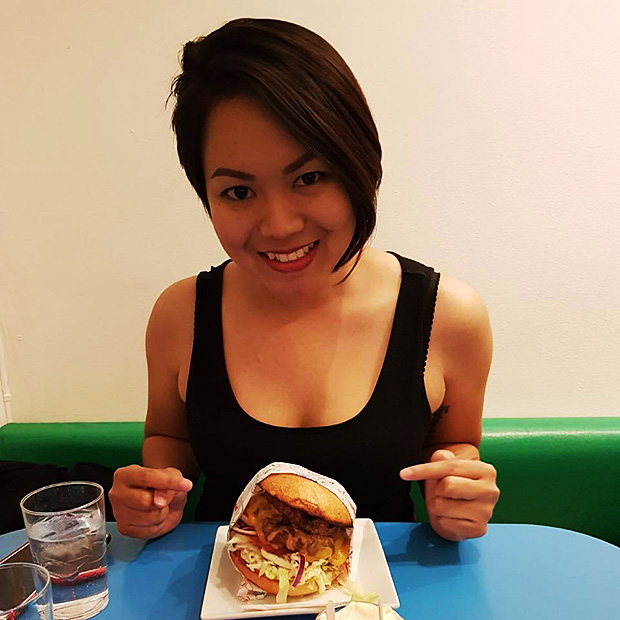 I enjoyed 2018 with Akha Ama coffee. This was perhaps of the best years ever since I founded Akha Ama Coffee in 2010.  2018 was great on the personal front. I'm trying to find something to complain about but I can't! The economical and political situations may not be the best year for Thailand, but it does not affect my living. I have been experiencing a very positive journey as a social entrepreneur and I can see the same thing will happen for me in the coming years. I appreciate everyone who made my year special and I'm ready to finish 2018 for an even more special 2019. 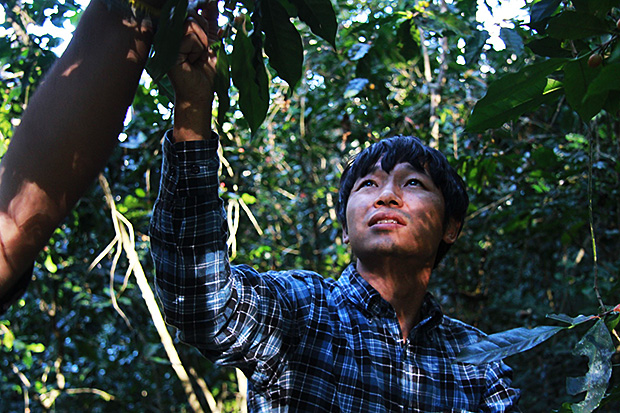 The year of opportunity! This year has opened up doors to keep on creating more original content with Tada. The Charles The French videos have been seen by more people, which makes us really happy! New horizons opened up, not only online but also on stage with the creation of my new comedy magic that is now gearing up to tour Southeast Asia. All of this wouldn't have been possible without the incredible fans we have and we're so thankful to them. 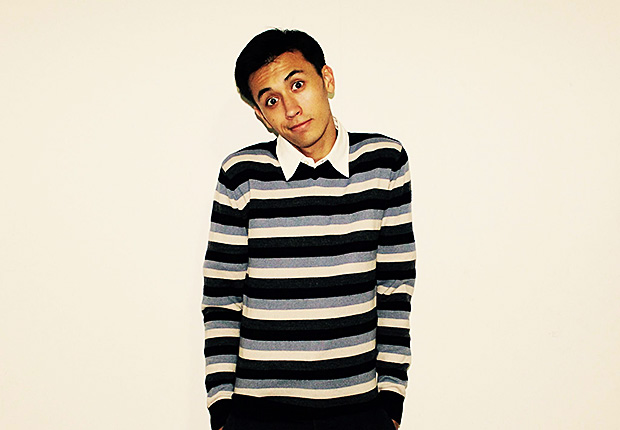 What a year! Discovering and Creating. Introducing a new brand cuisine in a buzzing foodie scene. Opening French St. was more than setting up a restaurant, it was about introducing a new cuisine in Bangkok and developing a brand to represent the south of France. Discovering local Thai products and specialties. Learning how to work with 100% Thai products to create a full French menu. The dynamic of the food scene is very competitive and exciting. This second year of Michelin stars has elevated the food scene even more and has set a new ball game for us chefs. I feel that the trend now is back to basic yet think outside the box. 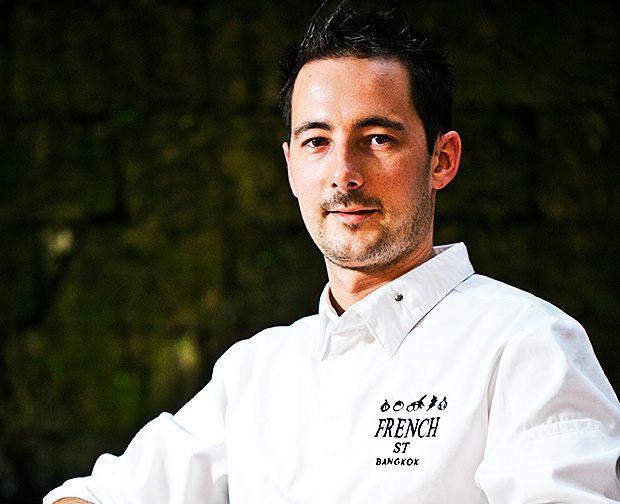 2018 is the year of growing awareness by the public about man-made climate change, sustainability and food waste gaining momentum, in part thanks to the global movement #skipthestraw. Plastic pollution became a catalyst for change, my main concern being that business will stick to the visible part of the issue instead of addressing root causes. 2018 is also the year of the wider understanding and adoption of the UN SDGs (sustainable development goals), helping businesses and public organisations to structure their approach. 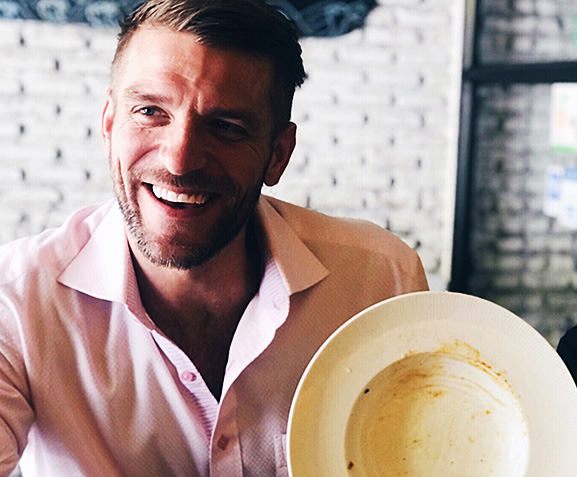 Co-founder and curator of WTF Gallery and Café

2018, the Year of the Frog peeking out of coconut shell [from the Thai saying: “frog living under a coconut shell”] in the art sector. Since 2014, art function has changed dramatically due to censorship. However, 2018 is the year where the frog has finally peeked out from under the coconut (or the army helmet) but it might as well be still hovering and casting its shadow i.e., self-censorship and a threat to shut down the BACC. From early 2018, there has been an extensive springing of many conceptual art exhibitions not to mention the strange separated three biennales in Bangkok, Krabi and Khon Kaen, but also more spaces that staged political exhibitions since the coup. Beyond visual arts, we also get to see more and more of the mainstream street artists, musicians and filmmakers, e.g., Headache Stencil and Rap Against Dictatorship or the people behind the movie Ten Years Thailand, who are more willing to stick their heads above the parapet after four years of a repressed climate. 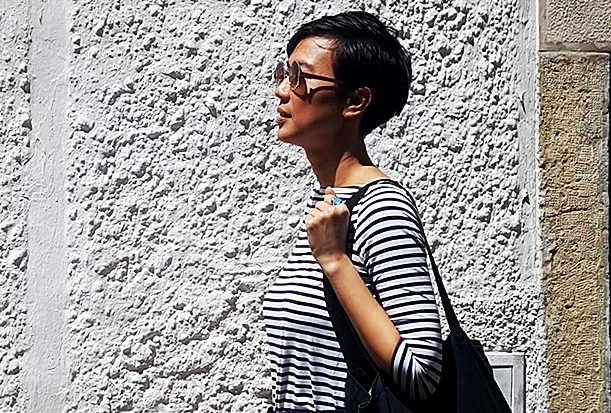 2018, the year Thais did not hold their breath waiting for Somkid Jatusripitak's disgustingly amusing claim that poverty would be eradicated from the country by the end of 2018. In fact, Thais have stopped listening to the Junta and Co's nonsense a long time ago. 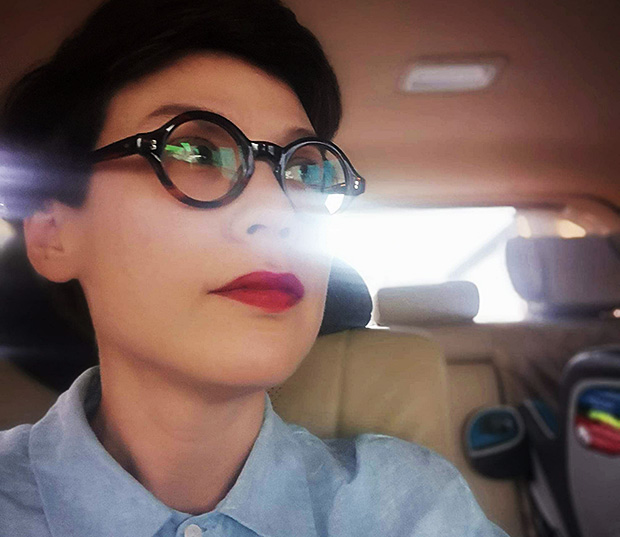 Year of Exploration... As a team at Socialgiver, we explored the corners of what it means to be doing good in a multi-cultural, economic, religious and personal context. We questioned how can we be better at what we do by learning from our interactions with people and at times through painful lessons from being so naive. The year taught us to be better listeners, challenge ourselves to integrate the new, the old and the different. To value friendships that were forged out from the work we do; exploring the opportunities that rush at us endlessly all year and also realising that being true to ourselves and others goes a long way. Through all the exploring we have done together, we have surely done it all with a good sense of humour! 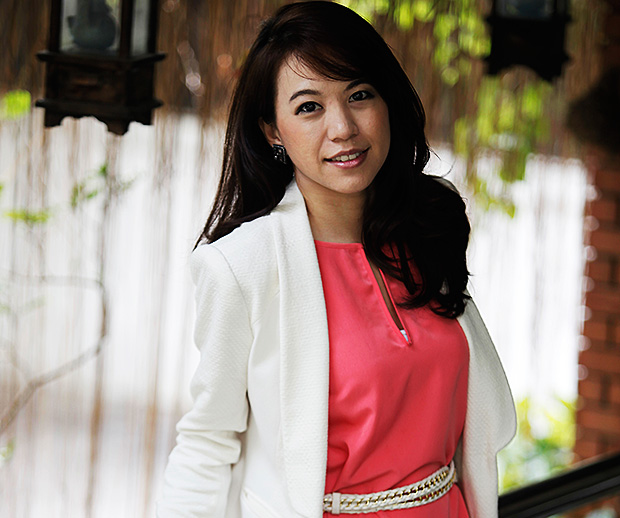 Founder and CEO of Local Alike

Community-based tourism has been one of the travel trends in 2018. It has drawn attention from a number of organisations in Thailand. In order to move forward, our nation has to focus on developing local communities, which are the foundation of the country, providing them support and improvement in all aspects to lift up quality of livelihood of the people. Local Alike believes that improving local communities is certainly a good thing to do but what is more essential is maintaining the quality and strengthening self-management skills of local residents to empower them so that they can continue to improve themselves and become self-reliant in the long run. 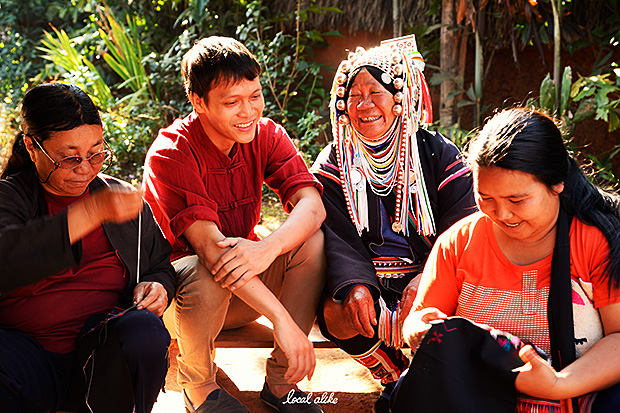