published : 6 May 2019 at 04:30
newspaper section: Life
The cast of the new musical. (Photos courtesy of The Workshop Musical)

Bangkok will be the venue for the world premiere of The Workshop, A Dress Rehearsal For Life which will be staged in the Small Hall of the Thailand Cultural Centre, Ratchadaphisek Road, from May 18-19 and May 29-June 1 at 7.30pm.

The exclusive musical is written by the internationally renowned transformational life coach Dr Chérie Carter-Scott, based on the numerous coaching workshops she has conducted in more than 30 countries over the course of a four-decade career.

Like the famed Broadway musical A Chorus Line about various hopefuls auditioning for the chorus line in a stage-production, The Workshop, A Dress Rehearsal For Life is about different characters getting together for a personal development workshop.

These 11 diverse individuals are all seeking solutions to individual challenges. They are everyday people trying to work their way through issues common in our contemporary society: boundary management, obesity, overwork, abuse, discrimination and communication breakdown. Their stories are funny, sad, and moving. The workshop allows them to experience a shared human connection. As they break down their issues, they learn to break through.

This, in essence, is what Dr Carter-Scott's famed "Inner Negotiation" workshops are about. Known as the Mother of Coaching, American-born Dr Carter-Scott, has written more than 20 books since starting out in 1974, including the multimillion selling If Life Is A Game, These Are The Rules, which has been translated into 40 languages. 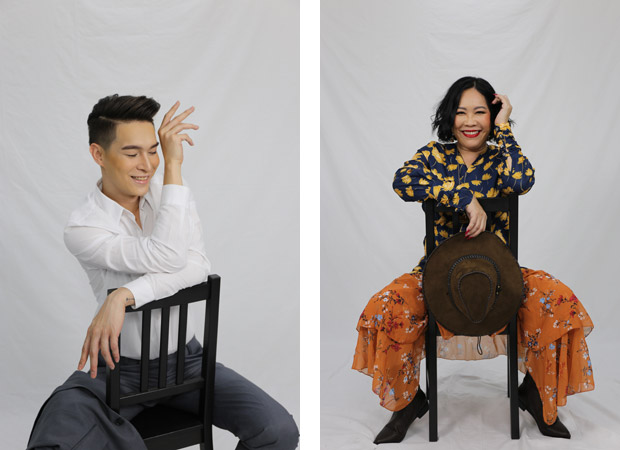 Her diverse range of clients have included the UN, a number of Fortune 500 companies, universities, hospitals, cruise liners and private individuals. She has regularly appeared on TV, on radio and in print media.

For her musical, Dr Carter-Scott helped create 17 songs, writing the lyrics herself and setting them to a diverse range of musical styles -- classical, gospel, country and western, even German beer hall.

Taking the role of artistic director is CEO of the Grand Opera (Thailand) Stefan Sanchez. The choreography and movement director is Darren Royston, who has worked with RADA and the National Theatre in UK.

The cast and director of this English-language musical are all Thai, including popular singer Pete Pol and TV star Yah Janya. The rest of the cast of talented singers are all graduates from Mahidol University.