published : 16 Mar 2020 at 04:30
newspaper section: Life
writer: John Clewley
Above  A wall of messages to empower survivors of the Terminal 21 mass shooting.

Noi remembers one thing from the shooting at Terminal 21 in Nakhon Ratchasima that took place last month -- the man who asked: "Shall we turn the light off?" She had spent many hours in the back room of the post office she worked in, hiding from the gunman who killed eight people on the lower ground floor. She never got the name of the man who turned the light off and shared his bottle of water over the many hours they were trapped. His simple actions saved her life, his own, his son's and those of several others who were in the back room.

She was about to post on Facebook to figure out the identity of the man who owned the mystery bottle and had switched the light off when he appeared with a team from Chulalongkorn University. Now, face-to-face with the man who saved her life, Ponglert Supatarawanit of Leosor Hotel, she told him tearfully that he had released her from a harrowing experience. "Thank you so much, because you gave me a new life," she said, giving him a hug, and a drawing of him and his son.

A team of volunteers from Chulalongkorn University's Creative Arts Therapy (CAT) programme journeyed to Nakhon Ratchasima on Feb 22-23 to provide trauma release exercises and trauma therapy sessions to the survivors of the tragic shooting at Terminal 21 shopping mall. The team was led by the dean of the Faculty of Fine and Applied Arts (FAA), Prof Bussakorn Binson, and supervised by Prof Rachel Lev-Wiesel, director of the Emili Sagol Creative Arts Therapies Research Center at the University of Haifa, Israel.

For the past 17 years, Chulalongkorn University and Haifa University have been cooperating on art-based therapeutic programmes. A week after travelling to Nakhon Ratchasima, many of the volunteers returned to Chulalongkorn's ART4C Center to take part in a three-day advanced professional creative arts therapy course with Prof Lev-Wiesel and her colleagues. 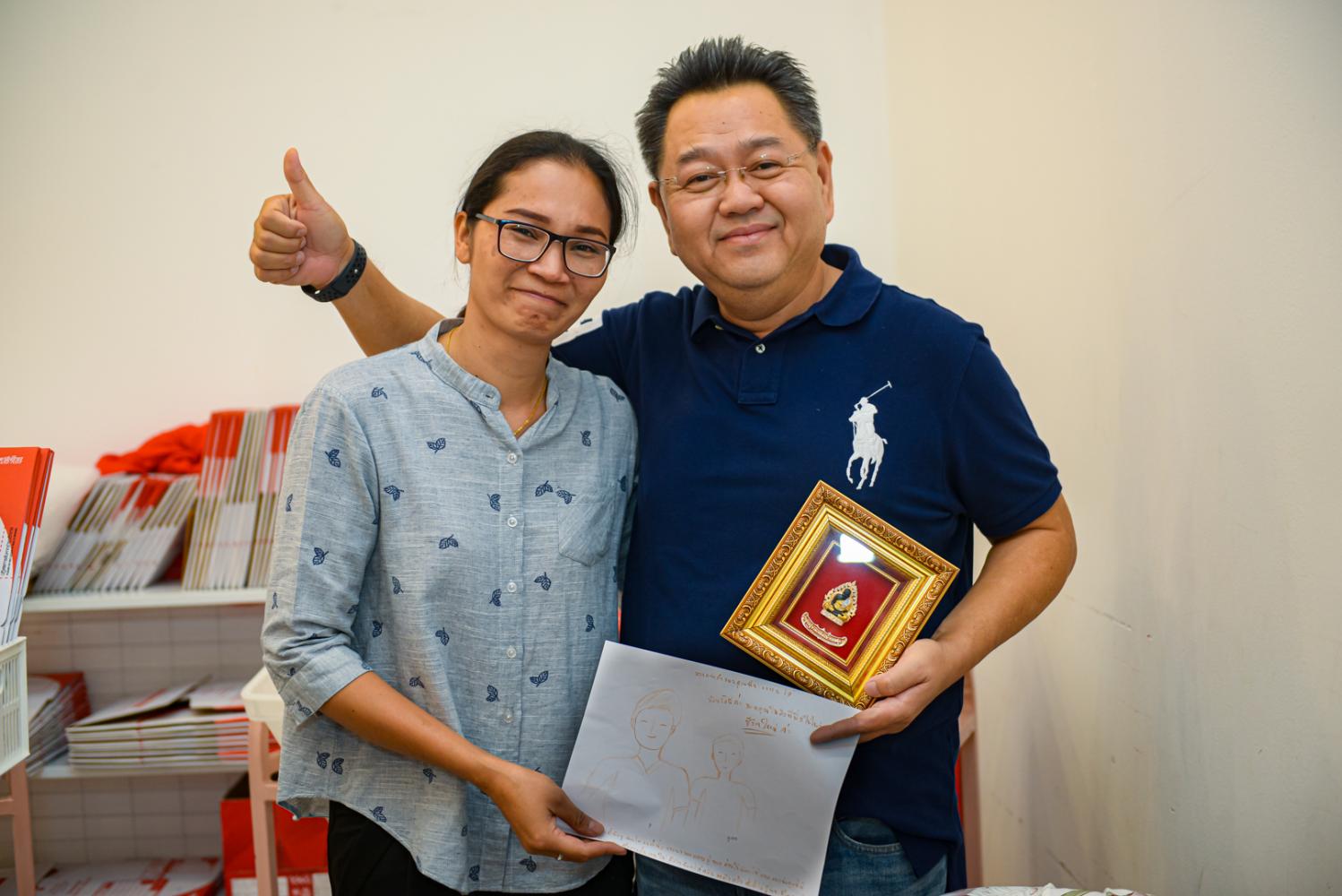 Noi, one of the survivors, and Ponglert Supatarawanit of Leosor Hotel, the man who saved her life. John Clewley

They joined Assoc Prof Natcha Thaweesaengsakulthai, Prof Suthipan Jitpolmard, as well as Smartha Shapira, the Deputy Chief of Mission at the Israeli Embassy on Feb 24 to launch the FAA-Emili Sagol Creative Arts Research and Innovation Well-being Center at the ART4C, a gallery and multi-functional facility adjacent to the new Mitrtown mall on Rama 4 in central Bangkok.

The CAT team welcomed the first group of survivors by holding face-to-face "ice-breaking" introductions with a "buddy' therapist", after which the survivors and therapists drew images of themselves. As Lev-Wiesel explained: "We need these kind of tools to help people describe their feelings because the brain does not know how to reboot after a traumatic event." She explained that their approach was interdisciplinary and that CAT has integrated the arts, neurology and psychology across modalities from dance therapy, music, visual arts and drama/psycho-drama.

The survivors were also asked to draw a picture of how they saw themselves in five years. In addition to the drawings, musical activities were also introduced. Everyone joined a big circle and were given a hand drum so that they could beat a rhythm and make any sound or statement.

At first, they struggled to vocalise their feelings but when they did, the effect was moving and very powerful.

On the Saturday evening, Bussakorn held a Trauma Release Exercise (TRE) session for those who wanted to de-stress after the horrendous events at T21; similar courses have been held at the ART4C for some time for those suffering from "office syndrome", stress, or trauma as part of the FAA's commitment to reach out to the local community.

After a full day of therapy and TRE sessions, the CAT team went to work with survivors -- many of whom who have already returned to their jobs -- of the Terminal 21 shooting. Outside, graffiti artists, many of whom worked on the Chulalongkorn University Art Town project, had created strong and supportive images on the mall's front walls. Flowers, cuddly toys and messages of support were also placed by the mall's front doors and a large space was opened inside so that people could leave messages of support -- and thousands did just that, with messages arriving from all over the Kingdom and across the world. 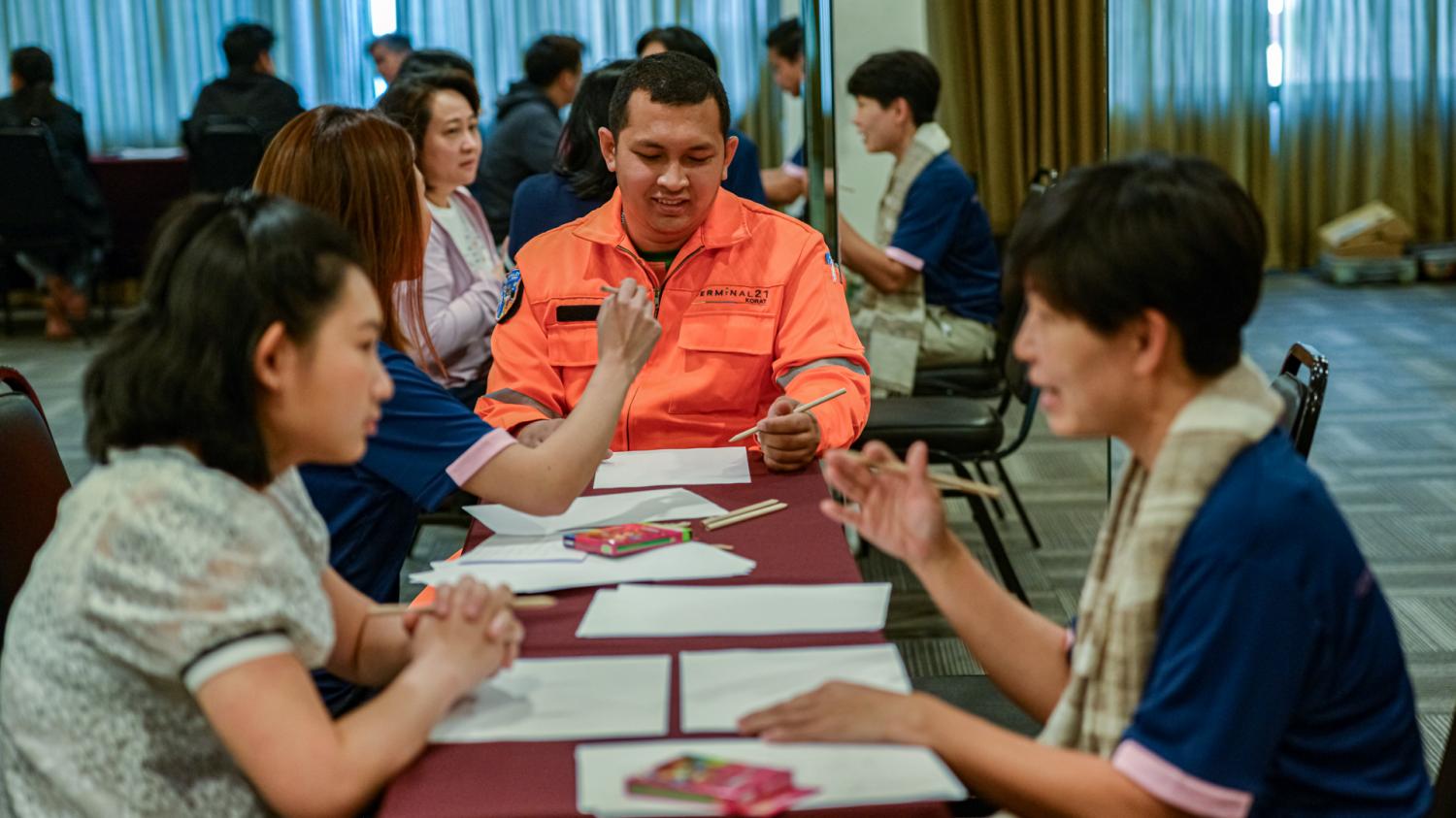 The CAT Team went to the lower ground floor where eight people were killed and many others injured. Several survivors said they were struggling to come to terms with the terrible scene. The CAT therapists talked with those who wanted assistance and used the same techniques as the day before -- ice-breaking intros and self-image picture drawing.

One security guard recounted how three of his friends were killed and how he was unable to help them. He drew a picture of the event and when asked to draw a picture of his life in five years, he drew one with the same dimensions and shape, but filled it with peaceful images of farm life. "There were some very touching moments and we all learned a lot about how to help victims in those kind of circumstances," explained Bussakorn. She said that the CAT team would return to Korat again in three months to work with the victims who are still in the hospital recovering from their injuries.

Bussakorn noted that the CAT team's ability to respond quickly and professionally highlighted the strong bond and cooperation that exists between Chulalongkorn and Haifa universities.

That bond was evident at the opening of the new FAA-Emili Sagol Creative Arts Research and Innovation Well-being Center at ART4C. In her opening address, Bussakorn said that the two institutions had created several new courses, including a one-year joint master's degree in Art Therapy, the first of its kind in Southeast Asia as well as the launch of a new international master's course in music therapy this year. She added that the new centre had a sister centre at the University of Haifa in Israel with financial support provided by the Sagol family along with Chulalongkorn University's Research Fund. She said that the ultimate aim of the centre is to "serve society, especially in terms of well-being".

Although creative arts therapies are relatively new in Thailand, there is a growing number of therapists who want to support and help those who have suffered trauma through interdisciplinary, creative art-based activities. 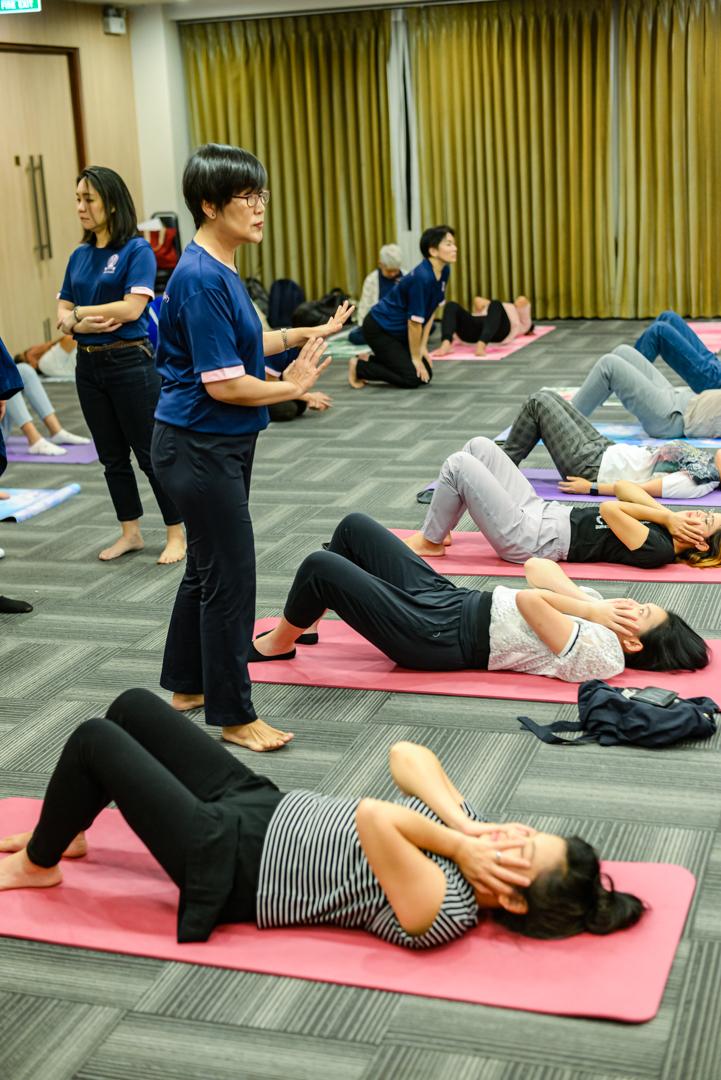 Therapists attend to participants in a trauma release exercise session. 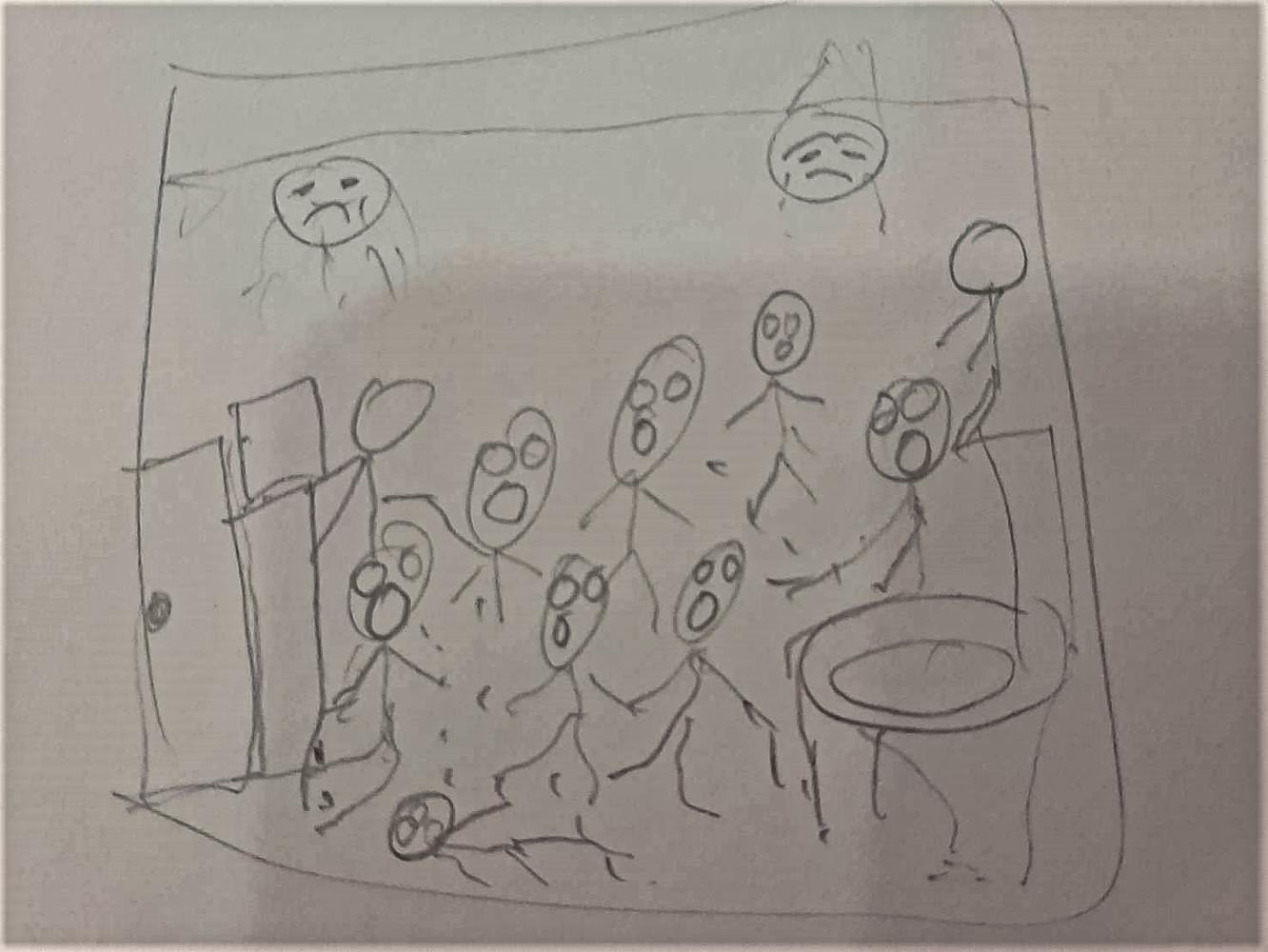 A self-image drawing by one of the participants. John Clewley