Celebrate the bad and cringy of the year

As the year comes to a close and we're all looking back at the past 12 months with introspection, at Guru we will stick to time-honoured tradition of being reflectively snarky. Like any other year, 2021 had no shortage of cringe-worthy and WTF moments. So before we head into the new year with resolutions we'll give up on halfway through the first month of 2022, let's roll out the metaphorical red carpet as we award moments from the eventful year. It's time for this year's edition of the Guru Awards.

Photo manipulation is an art. Anyone who has ever tried their hand at Photoshop knows this. Who knew a brush tool didn't simply mean that it would brush? I acknowledge that it takes skill, finesse and talent to edit photos so that they come out great, but it takes even more effort when you're doctoring photos to fool people into thinking that the photo is real. I'm not saying it's the right thing to do. I'm just saying that if you do it successfully then you're probably one heck of a Photoshopper. But there are a few people who don't even try and just hope for the best. Case in point: in September when floods were hitting the country, the Ministry of Education's official FB page posted a photo of Deputy Education Minister Kanokwan Wilawan wading through floodwaters bravely with a caption that claimed she was keeping an eye on the safety of students and teachers. The photo, however, was a simple crop-and-paste job as evidenced by the obvious fact her photo was cut from the knee up without an effort to try and use the plethora of Photoshop tools available to make it look passable. Netizens were quick to find the original photo and the page quickly took the photo down followed by a statement saying the minister wasn't involved in the decision to publish the picture and that it was all the public relations team's fault. Maybe don't let an intern doctor your photos next time? 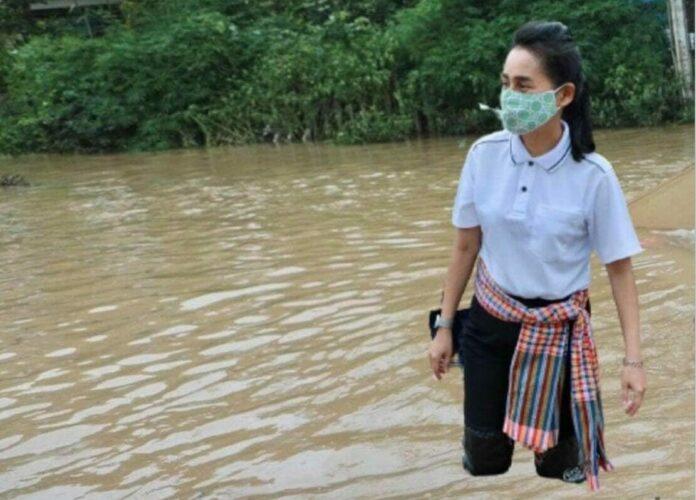 Remember when Thailand was vehemently against any kind of drug? Well, we did such a sudden 180 this year that I'm still reeling from the effects of whiplash. The Green Rush took the Kingdom by storm when it was announced that CBD was going to be legalised. However, anyone who's lived in Bangkok for even a few months will know that MJ isn't necessarily scarce. You just have to know where to look for it. But with the plant finally being legalised (though it's only CBD and not THC, which gives you the "good feeling"), malls suddenly started holding cannabis expos with marijuana plants in full display and everyone taking photos in front of it like it was some sort of Disney mascot except for adults. On top of that, restaurants and cafes got in on the craze. CBD-infused food and drinks became big and MJ-centric cafes started opening up. But the funniest thing about all this is the complete change of heart the government had for this green plant that was once considered a killer of morals. Now, it's a cash cow. Hey, going green is a thing, right? 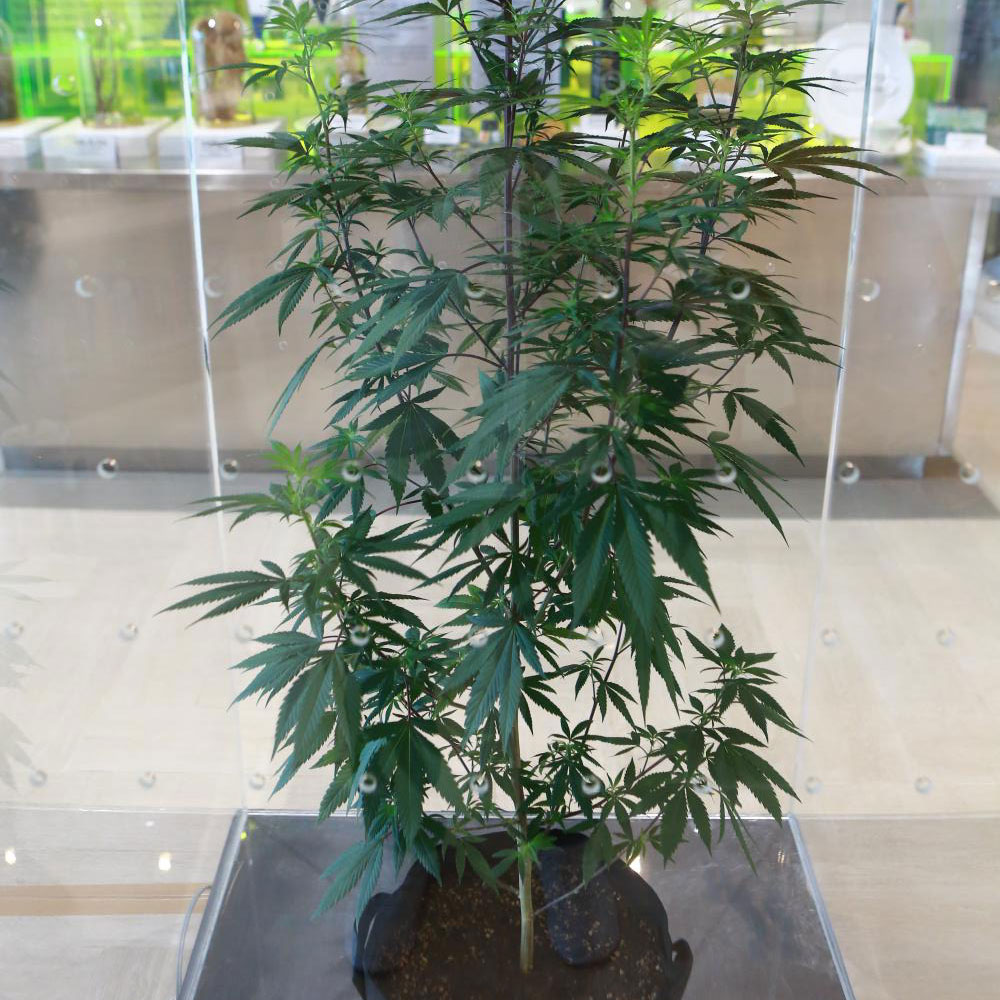 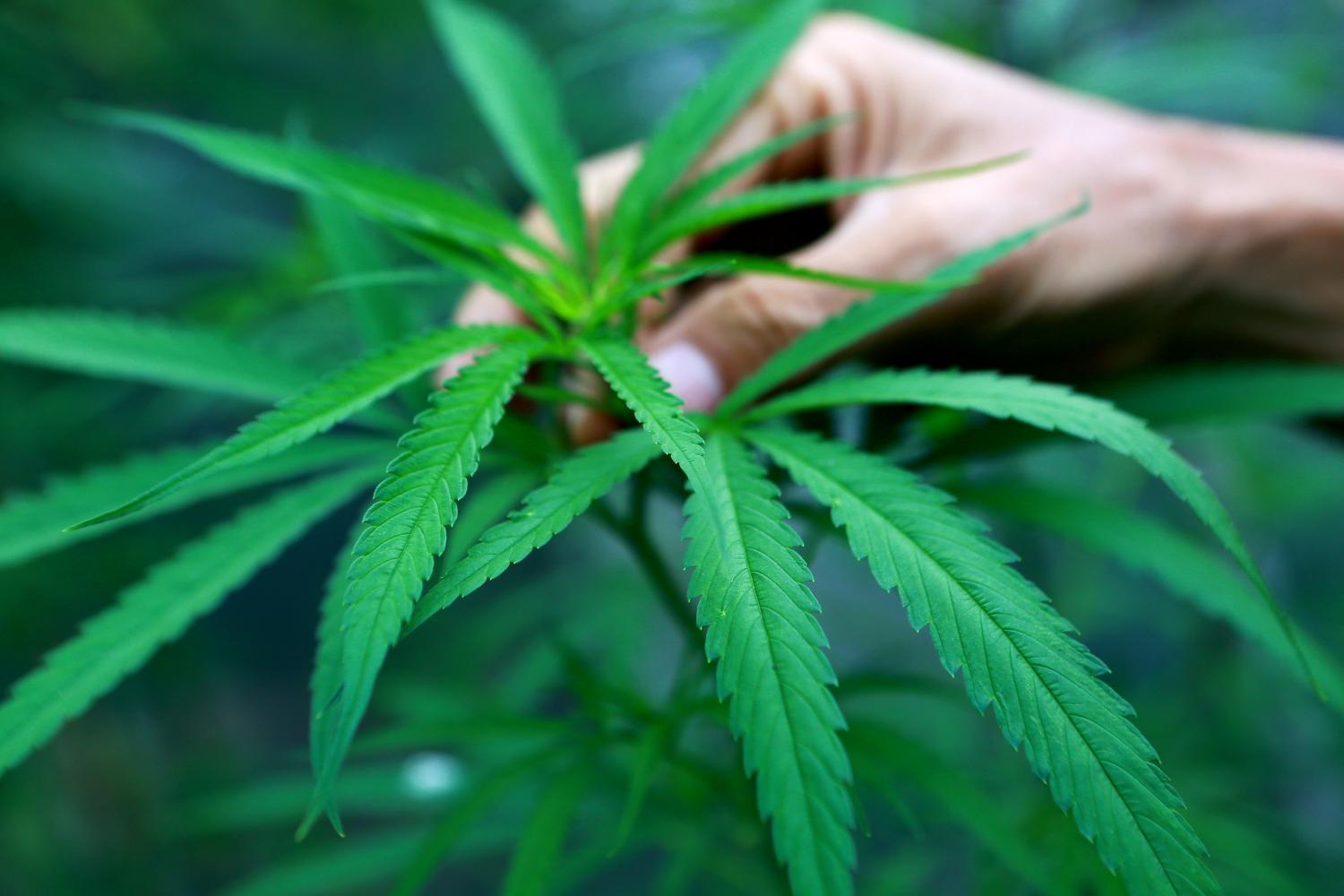 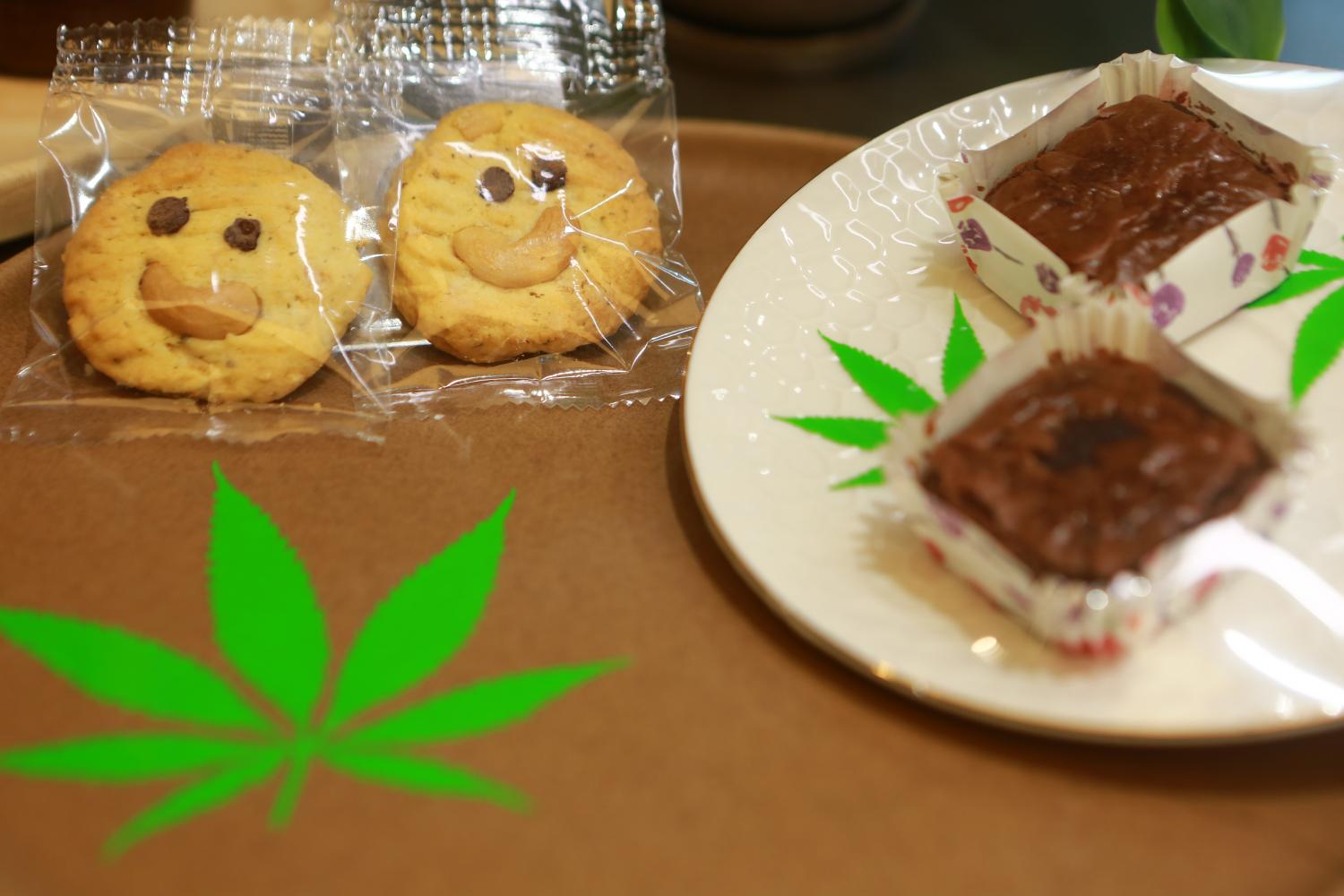 Residents of the Kingdom were no strangers to wearing masks even pre-pandemic. Unlike Japan, however, it wasn't done out of an abundance of caution but of necessity. "PM 2.5" is something we haven't heard of in a while especially since Covid has taken up headlines and airtime. But surprise, surprise -- the particulate matter has made a comeback and is taking over the air once again. You would think that after all these years, we'd have a solution to the smog problem other than aiming freaking water cannons in the air (I still don't get the logic behind this and I doubt there is any). But years have passed and the best we can come up with is shooting water, so don't hold your breath. On second thought, do hold it. 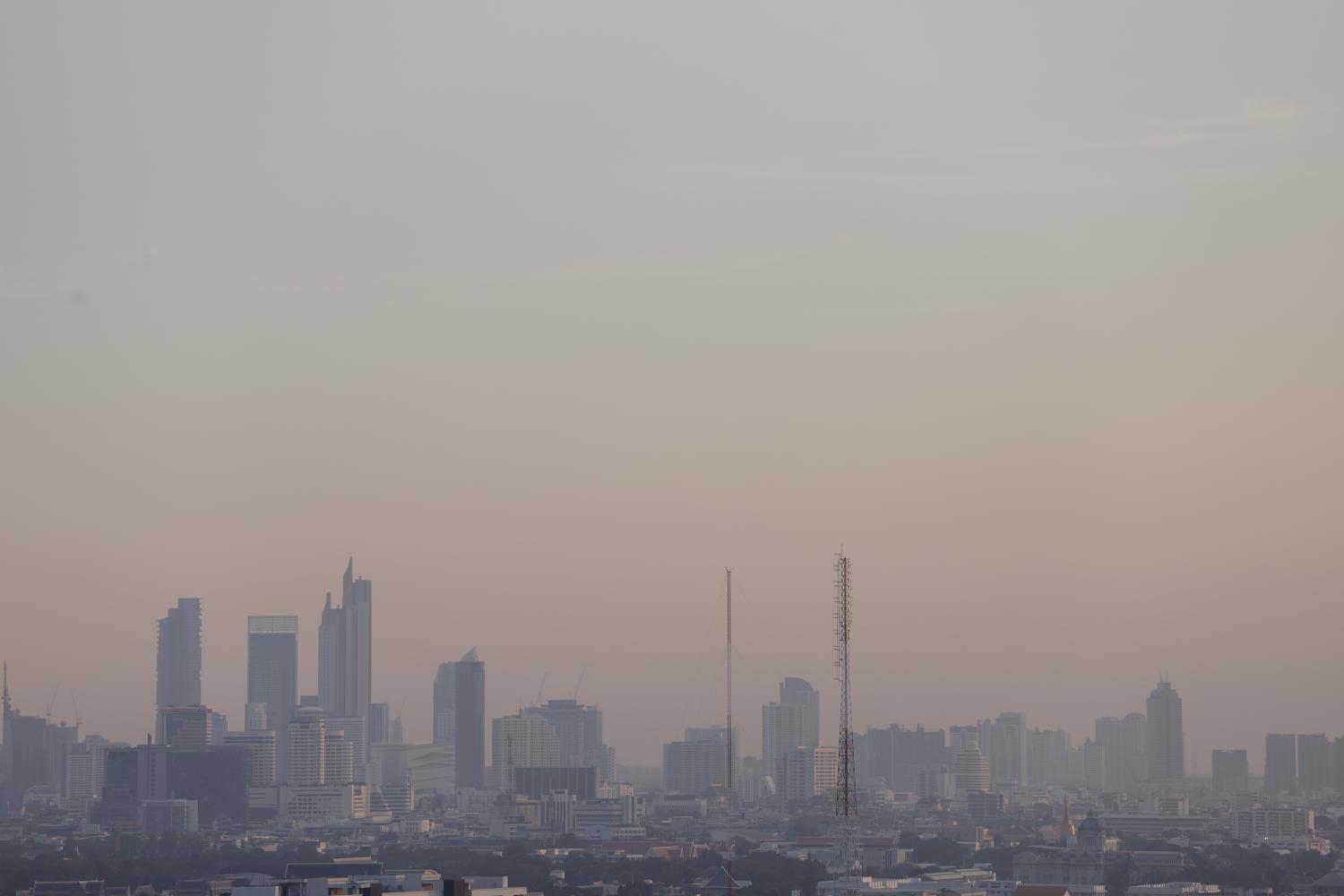 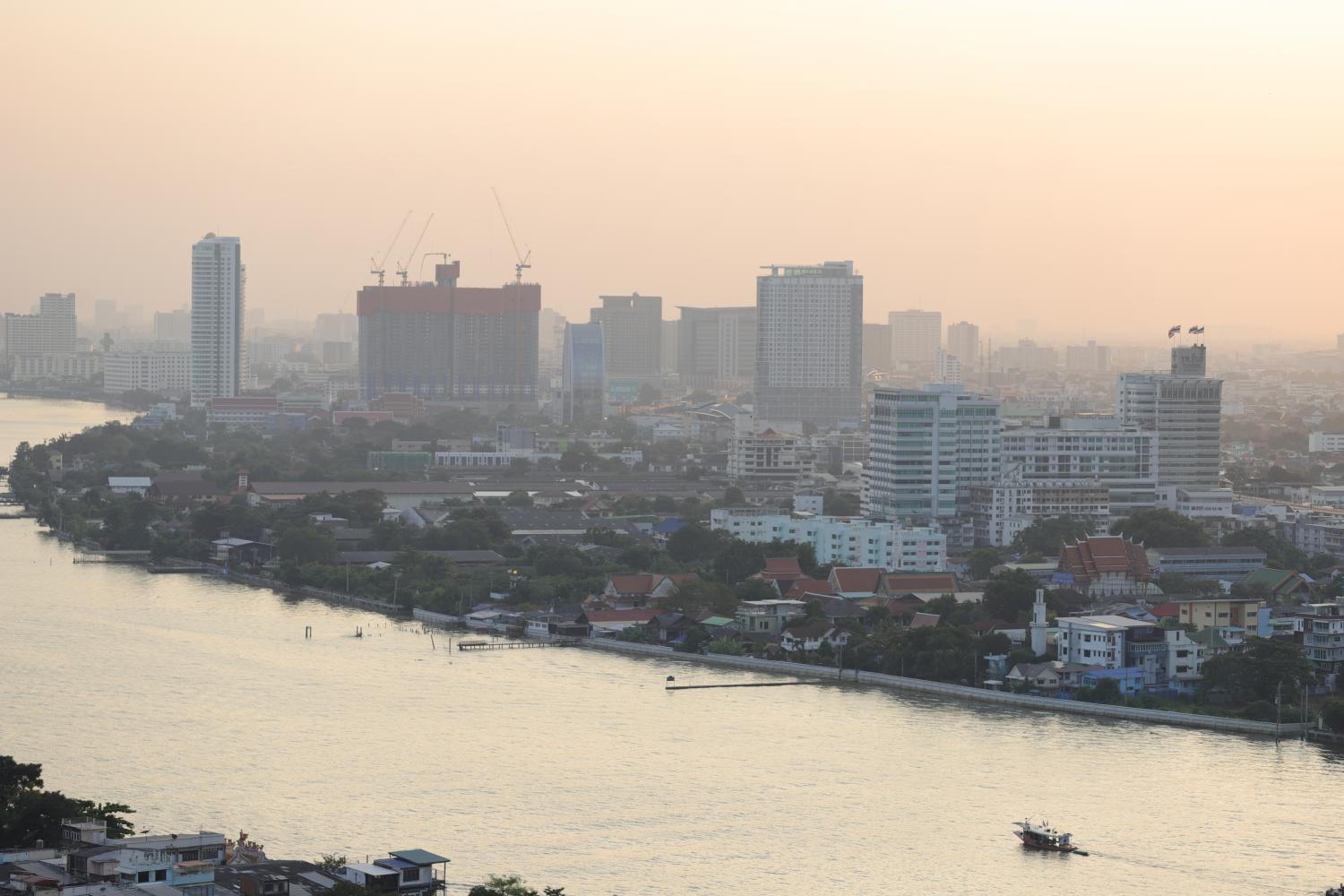 Thailand is open to tourists once again though it was a rocky road (ice cream pun not intended) to get here. The temptation of the Land of Smiles' white sandy beaches and delicious cuisine is one that many people want to give in to especially when the whole world had borders closed for almost two years. While Thailand is technically "open", there are still a number of requirements needed to get in. Despite many countries requiring a negative test within a limited amount of time and a record that shows you're fully vaccinated, Thailand still requires you (at the time of writing) to have US$50,000 medical insurance and a one-night stay in a SHA+ hotel. While there are a few countries that do share similar requirements, it's interesting that Thailand would put so many hurdles for tourists when they have been trying to boost tourism to recover from the pandemic. 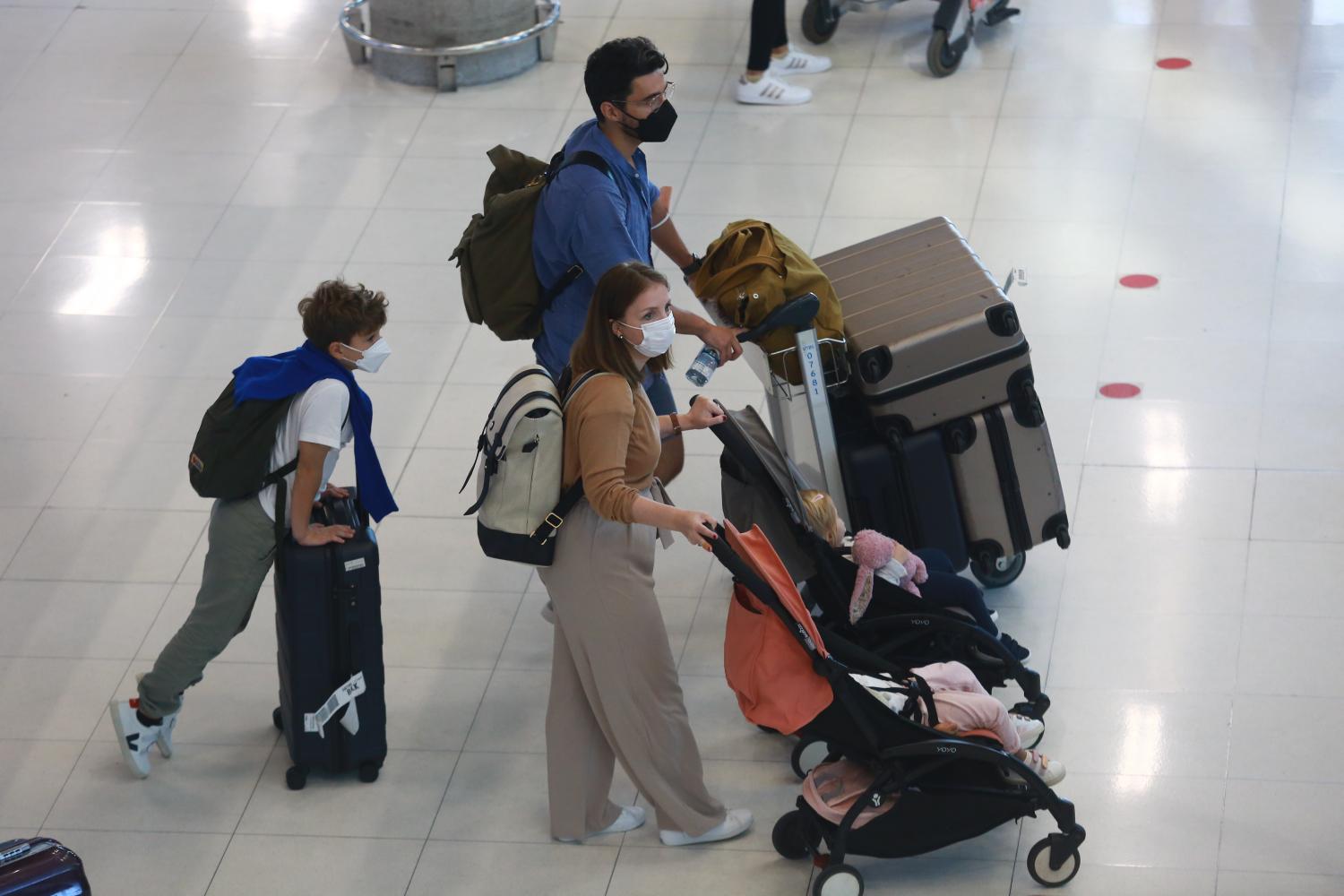 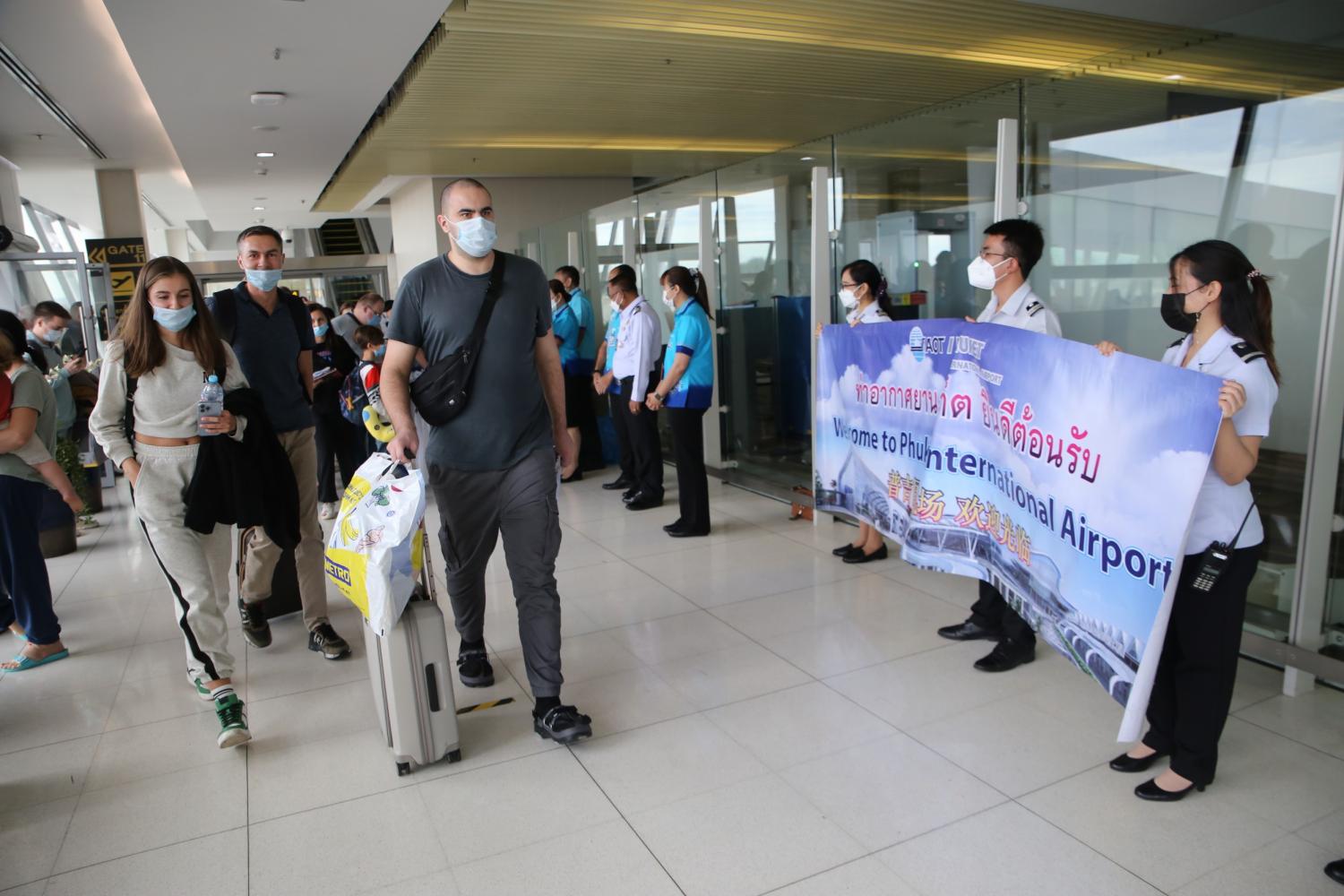 Ah, Uncle Tu. What more can be said that hasn't been already said? Apparently, a lot. Every year, Uncle Tu has had his share of blunders and we at Guru are grateful for the content he gives us. He truly makes our jobs easier. It's no surprise that he's still made it on this year's list of awardees with some quips he made just last month. After denying he was clinging to power at a seminar organised by the Thai Chamber of Commerce, Uncle Tu went on to very humbly say, "I am not saying I am better than others. I am ready to listen and make improvements." To further prove his humility, he added, "I am not the stubborn type." The cherry on top is when he said, "I am not a mean person or a dictator." Is it possible to put the "Sure, Jan" gif here? 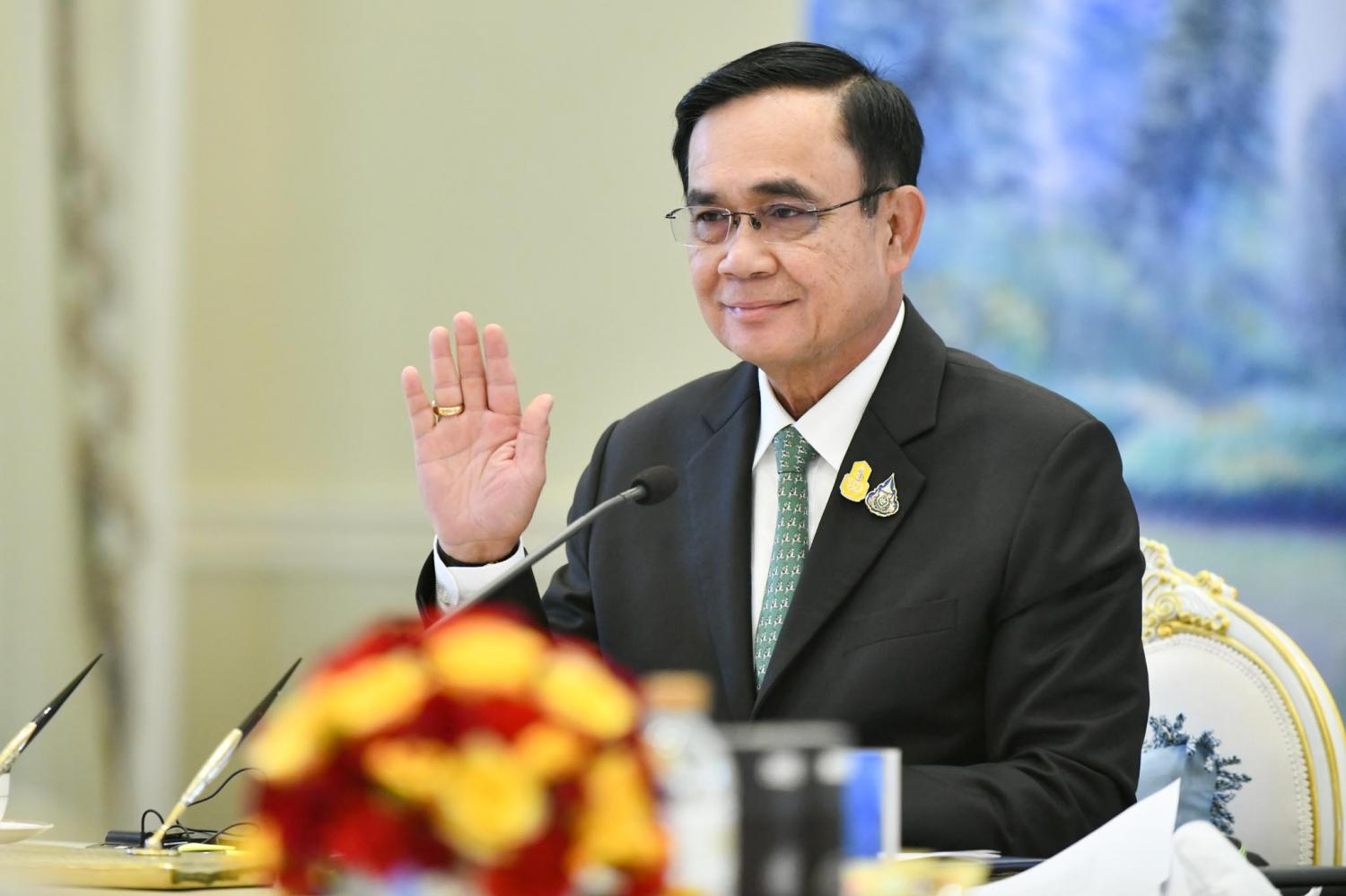 MISUNDERSTANDING OF THE YEAR

The government spending money on questionable things is nothing new. Despite that, they continue to surprise us. The most notorious planned budget of 2021 is the upcoming New Year's Eve festivities, which had a budget B100 million simply to hire two big global stars to welcome 2022: Italian tenor Andrea Bocelli and Thailand's own Lisa Manoban. Tourism and Sports Minister Phiphat Ratchakitprakarn claimed that both artists had already confirmed only for YG Entertainment, Blackpink's record company, to come out with a statement a few days later saying that she wasn't coming. Phiphat later claimed that there was a "misunderstanding", which is no surprise to anyone who's lived in Thailand long enough because misunderstandings are the bread and butter of communication here. But hey, fingers crossed there was no misunderstanding with Bocelli's people. I mean, he hasn't said anything about this whole thing since it was announced in Oct so I guess everything's fine, right?' 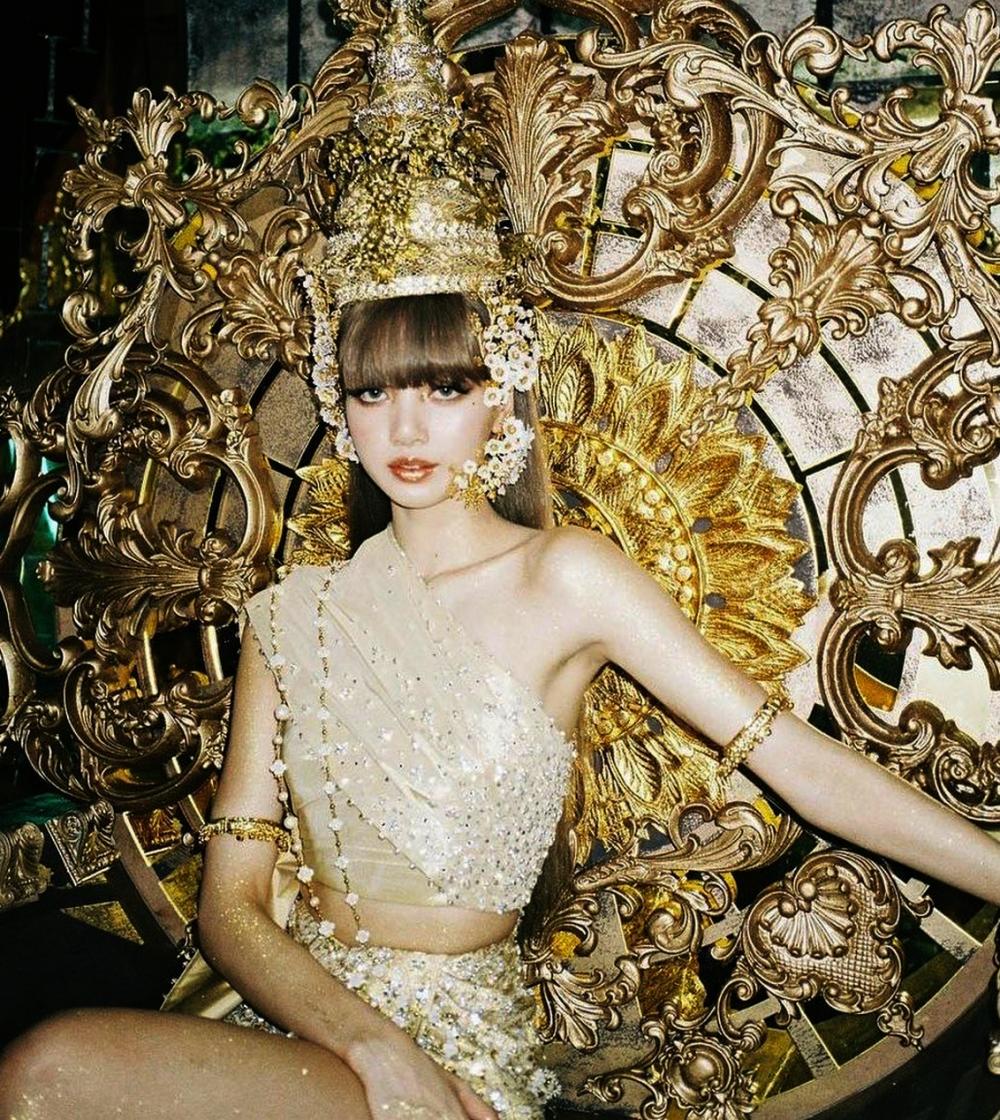 The revered -- sorry, reviled Minister of Public Health Anutin Charnvirakul has followed in the footsteps of Uncle Tu in committing his own blunders, so much so that he nearly overshadowed the PM in facepalm-worthy moments. This one, however, maybe the worst one yet despite the fact it wasn't something he said (and he's said a lot of stuff). When vaccinations started rolling out, the government pushed Sinovac despite studies showing it was less effective. To boost the people's confidence, Anutin was inoculated with it though the PM had AstraZeneca, which was already quite sus. Because it was "later discovered" that Sinovac wasn't as effective, Anutin got an AstraZeneca booster. For those keeping track, he's already had three jabs and you'd think that'd be enough. However, as he was planning a trip to Switzerland to attend a WHO conference last November, he was told he wouldn't be able to enter the country because -- surprise, surprise -- it doesn't meet the nation's vaccination requirements. He later said that the country may have to rethink its vaccination strategy. "Not every country approves entry [without quarantine] of people who have been vaccinated with the Sinovac and Sinopharm vaccines, or the mixed regimens recommended by the government," alluding to the mixed cocktail of Sinovac and AstraZeneca being promoted here. Perhaps this wouldn't be a problem at all if they had given out vaccines that were actually tested and approved. As for Anutin, he has had a fourth shot to travel abroad. At this point, he's collecting jabs as if he was Thanos collecting the Infinity Stones. 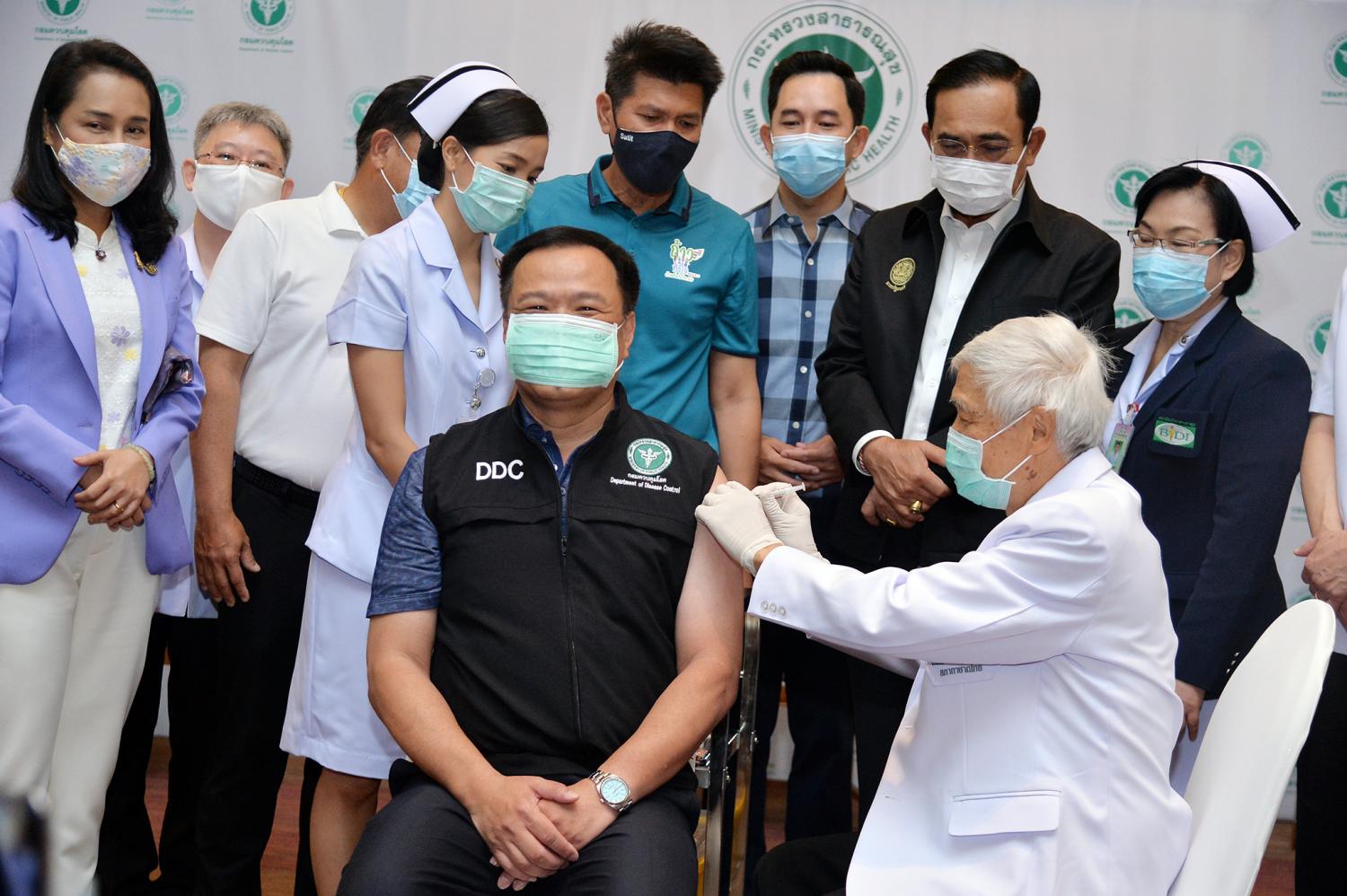 "WE SAID WE WON'T BUT WE DID" AWARD

The iconic Scala cinema was a landmark that reminded people of the golden age of cinema before commercial cinema took over and also stood as a testament to the heydays of Bangkok. In the midst of a very modern Siam surrounded by shopping malls, Scala was a nostalgic reminder of days gone by. So it was no surprise just how many people were up in arms when they announced Scala was being taken down. The new developers assured the people, however, that its design and features would remain. But videos that showed the believed cinema being torn down without a care in the world proved otherwise. What's rising up in its spot? Why, a mall of course, because Siam sorely lacks malls. 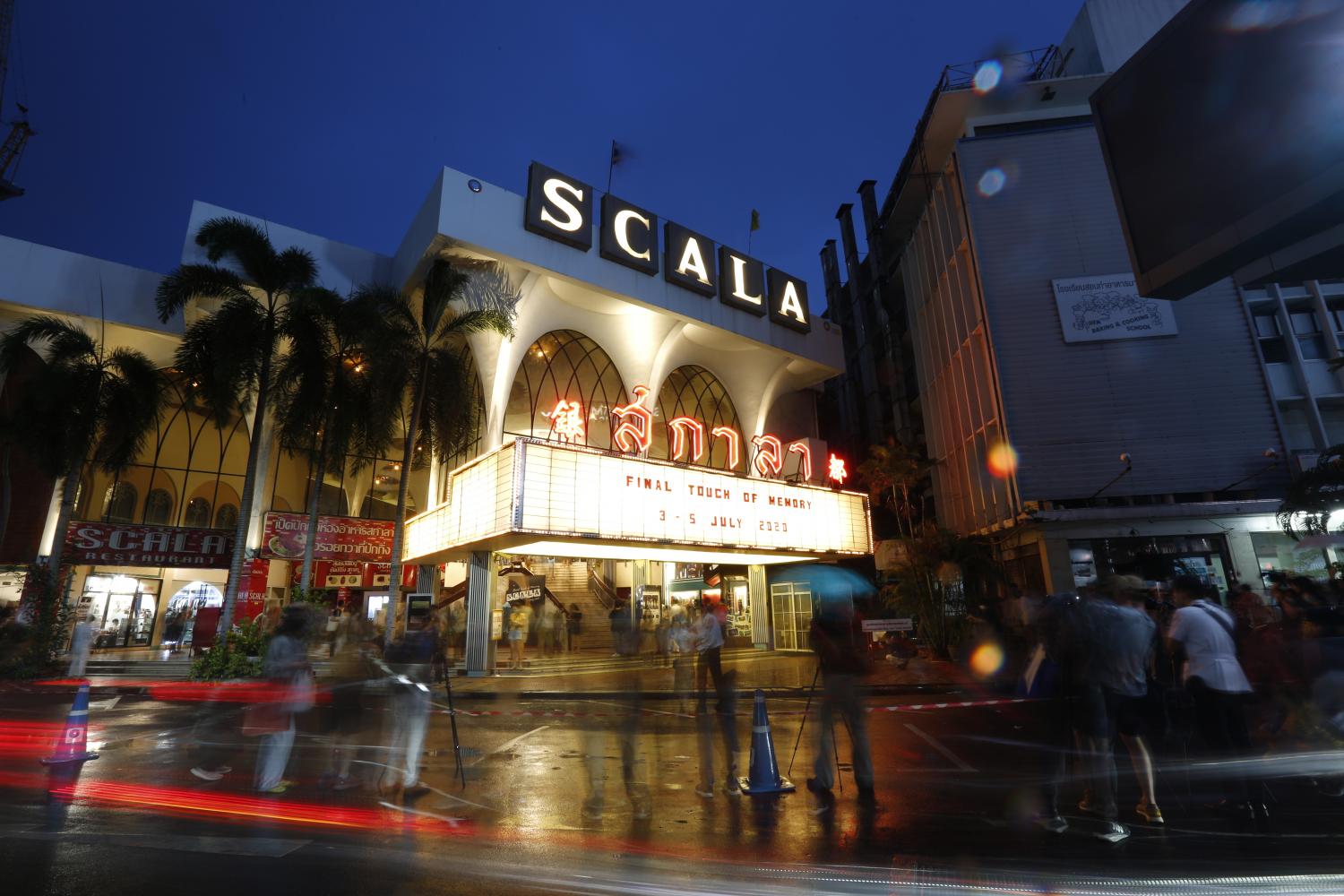 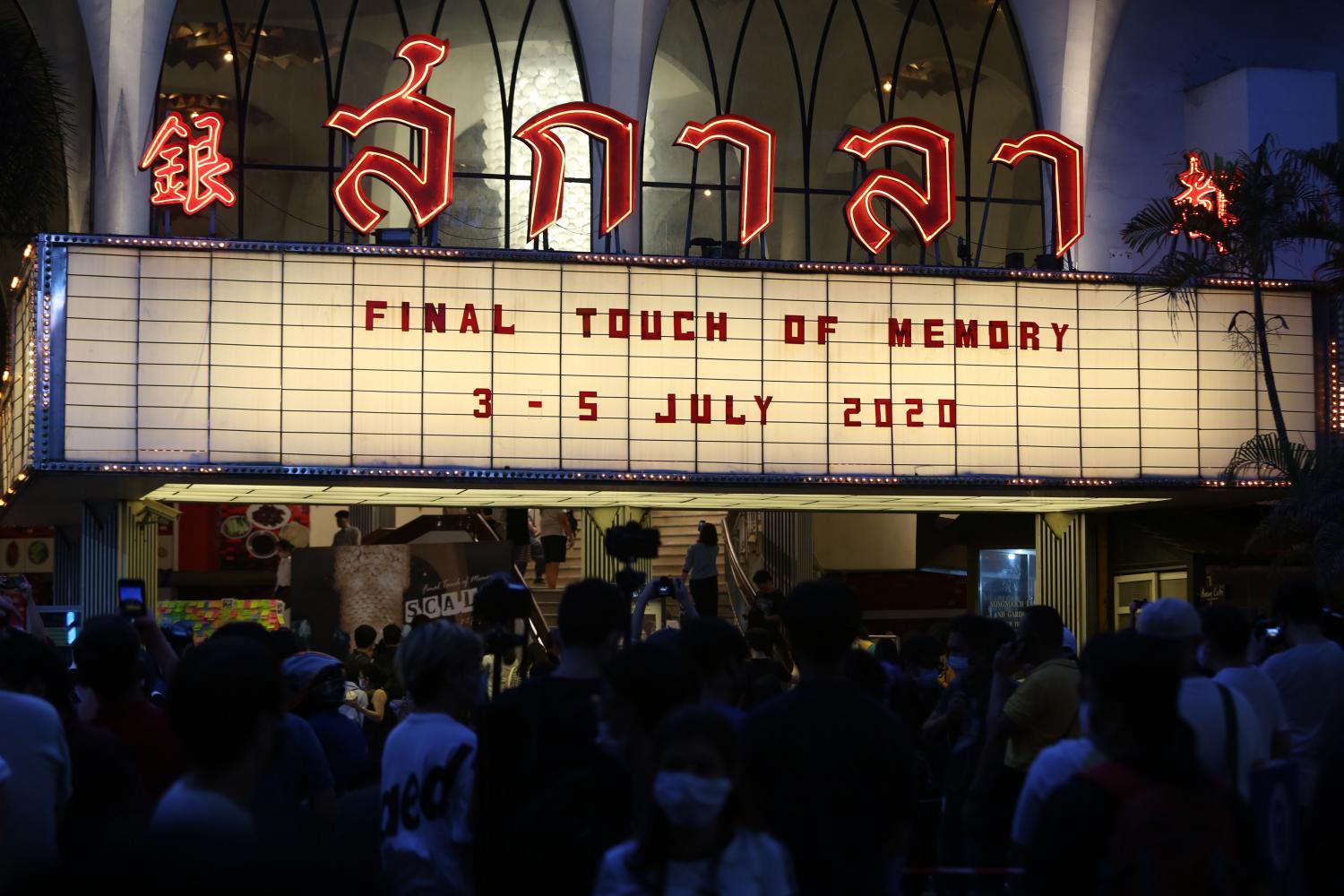