Child car seats are designed to protect children from injuries or death or at the very least reduce injuries during vehicle collisions. Unfortunately, many Thais, including some healthcare workers, are not aware of the importance of these seats.

General paediatrician of haematology and oncology and the founder of Liang Look Tam Jai Mor Facebook page (Facebook.com/SpoiledPediatrician) Asst Prof Dr Worawut Choeyprasert said during a live broadcast that he was once told by parents that a nurse had told them not to put their newborn baby in a car seat.

"The nurse told them that a mother's embrace is the safest place for a newborn. Parents should not put their newborn in a car seat because it will cause the baby's spine to become crooked," Dr Worawut said in dismay. 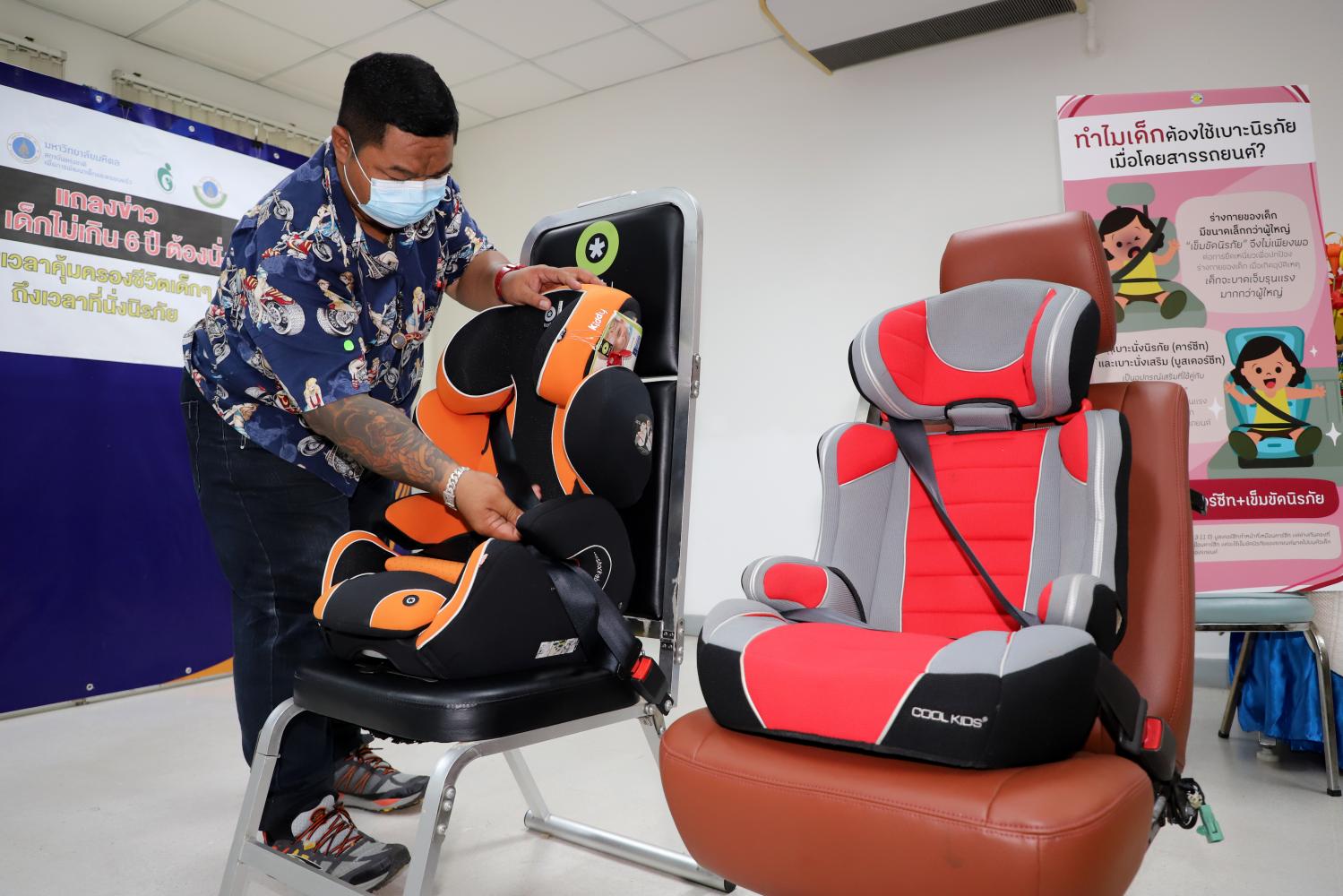 Child car seat usage has become a topic of debate lately after the Land Traffic Act, Section 123 stipulated that children under six or children whose height is below 135cm be placed in a car seat or a special seat for safety in a moving vehicle. The law will come into effect on Sept 5 and violators must pay a fine of up to 2,000 baht.

The new law emphasises that a child car seat is a necessity. Hence, it is a surprise to realise that now many people -- even healthcare workers -- still have misconceptions about child car seats.

Dr Worawut insisted that holding a child in your arms in a moving vehicle is not safe. The Ministry of Public Health reported that between 2017 and 2021, 1,155 children aged under six died in road accidents. According to the World Health Organization, child car seats reduce the risk of death by 70% for children.

Many parents have complained that being given 120 days grace is not enough time to prepare to purchase car seats. Assoc Prof Dr Adisak Plitponkarnpim, director of the National Institute of Child and Family Development, Mahidol University, said the law had actually been discussed for 20 years before it was finalised.

However, there are many misconceptions about child car seat usage. Some parents think newborns have fragile neck bones, so infants should always be held in their arms. Dr Adisak said this belief is wrong and newborns can safely be put in child car seats.

"Holding an infant in a moving vehicle is not safe. When an accident happens, the violent force of the crash will be too strong for an adult to handle and the infant can be thrown out of the adult's arms. Also, it is hazardous when a parent sitting in the front seat puts a child on their lap. If the child is too close to where the airbag deploys, it may be killed. A study stated that air bags could kill children in a low-speed collision. Passengers including children must keep at least 25cm from where the air bag deploys for their safety," Dr Adisak explained. 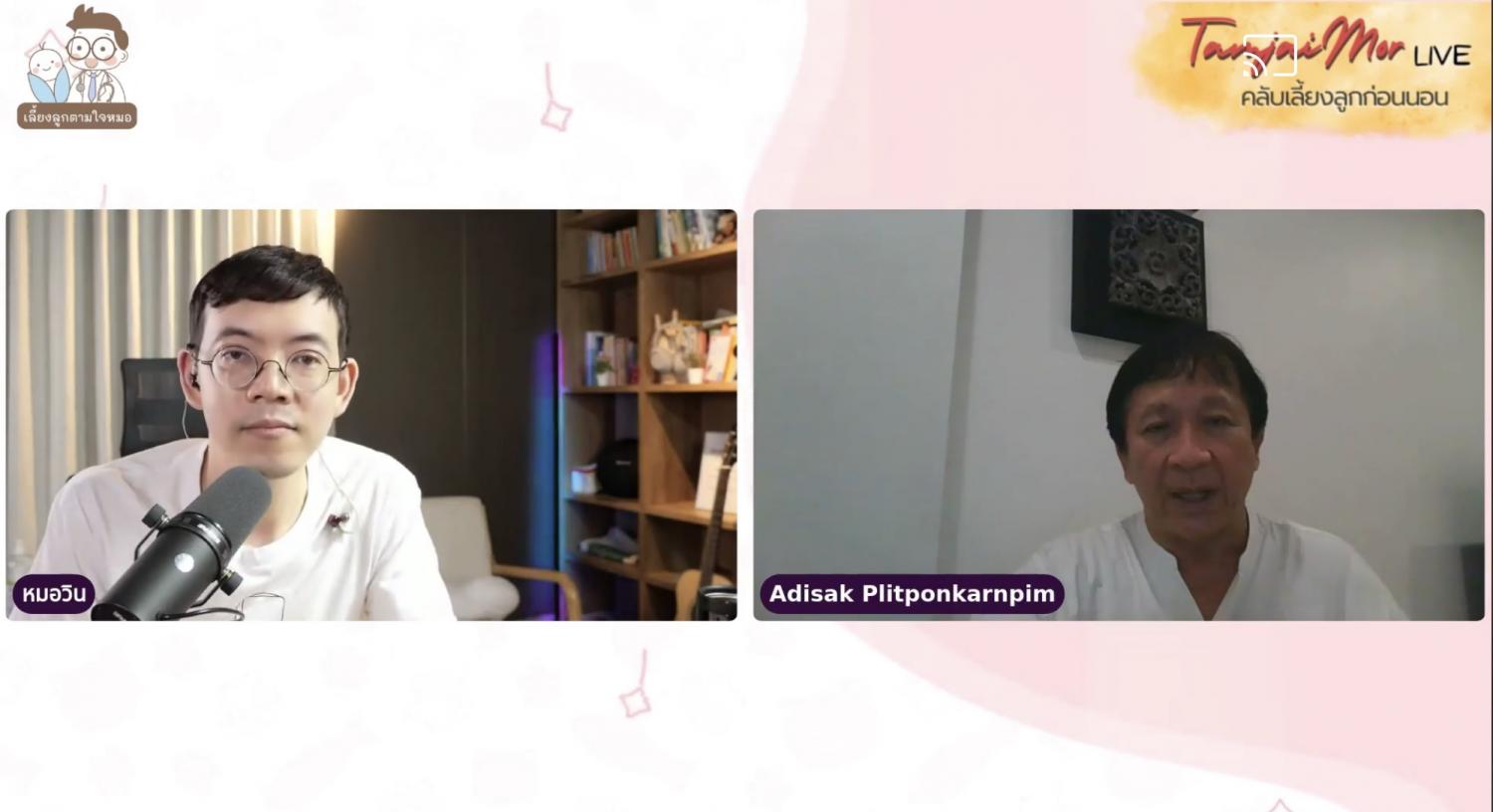 "Children under 13 should sit in the back seat of the car as this will reduce risk of death. Child car restraints reduce the likelihood of injury and death since they prevent infants and children from being thrown out of their seats. Seat belts are appropriate for children who are nine or older or at least 135cm or taller," Dr Adisak said.

Dr Worawut brought up another point from a man on social media who drives a pickup. He said his truck does not have space for a child car seat. If he puts his child in the truck without a child car seat, will he be subjected to the fine of up to 2,000 baht?

Dr Adisak was optimistic. He said before the child car seat becomes law, authorities must be trained. He then compared the car seat law to the seat belt law.

"The purpose of the law is to reduce injury and death as well as to raise awareness of the importance of a child car seat rather than to arrest parents. It does not make sense if a policeman arrests and fines me because my three-year-old son sits in the front seat and does not wear a safety belt. The three year old is too small to use a safety belt. Therefore, if pickup trucks are not designed for a child car seat, drivers should not be arrested, but their children will continually be at risk," said Dr Adisak.

Some parents have purchased child car seats, but they are not aware of locking clips correctly or using the five-point harness appropriately. Dr Adisak compared this to wearing a helmet without fixing the strap. When an accident occurs, a helmet that has not been strapped appropriately may fall off the wearer's head.

Many parents complain about the price of child car seats, which start from 2,000 baht, which they feel is not affordable, so they are urging authorities to delay the enforcement from Sept 5 to a later date. Dr Adisak explained that the compulsory child seat law had been discussed since the seat belt law took effect in 1997, but it was delayed because authorities understood that products were difficult to find and wanted parents to have time to learn about child car seats.

"In the past, many pilot projects were tried. For example, in collaboration with four large hospitals in four regions, the Kab Baan Krang Raek Yang Plod Pai [Going Home Safely For The First Time] campaign aimed to educate new mothers on how to use a child car seat. Many private companies provided car seats in support, but the project did not run consistently and there were no significant results. The project was eventually cancelled," Dr Adisak said.

Dr Adisak told parents that instead of being angry or worried about compulsory usage of child car seats, they should ask state agencies in the Ministry of Public Health, the Ministry of Commerce and the Ministry of Education involved with this issue to assist them.

"Why is it that parents wear seat belts while their children have no protection in place? Some parents got mad at me when they heard this question. Instead of urging to delay enforcement, parents must ask organisations involved to take care of children in society," said Dr Adisak.

"The lives of our children are valuable and should not be put at risk on roads without any protection. Child car seats costing a few thousand or more are worth it for our children's safety," Dr Worawut concluded.