Banking on the future

Everybody from the Baan Koh Tiab fishing community in Chumphon knows Jang Fungfeung. 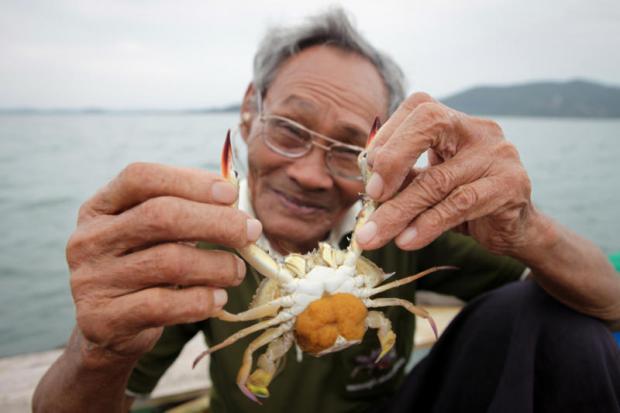 Known by some as "The Old Man of the Sea", the 72-year-old is a co-founder of the Blue Swimming Crab Bank project; an initiative that helped increase the number of the poo ma crab, which hit an all-time low more than a decade ago.

"Back in 2001, there was an environmental crisis," said Jang in a recent interview with Life. "We caught a great amount of crabs and we didn't take good care of them, so they were almost all gone. Many in the community had to go into town to find other ways to make a living. That's when I started thinking of ways to restore the crab population."

Although Jang has started to suffer from hearing loss in recent years, his passion for the project is evident and still as strong ever when he talks about the project. This poo ma crab is an extremely important stream of income for every seaside community in Thailand, so when Jang noticed its numbers starting to decline he knew he needed to do something and was struck with an idea and a subsequent analogy to explain it to his community.

Jang likens his plan of encouraging fishermen to not eat or sell berried crabs (females carrying eggs), in favour of putting them in a communal floating basket, as similar to depositing money in banks in order to generate interest.

The communal basket is about 10 minutes by boat from shore. On the way out to it, Jang explains that each berried crab contains around 200,000-1.3 million eggs. After leaving them in the basket for just a week or two, an average of 500-800 crabs will hatch from each one of them.

Fishery biologist Jinda Petchkamnerd, who has been working at the Chumphon Marine Fishery Research and Development Centre for the past 17 years, said that this project has proved very successful over the past decade.

During this time, Jinda and the team have been working closely with the community and providing relevant information from academic studies as well as loaning specialised equipment.

"This has greatly improved the economy of the community," said Jinda. "Baan Koh Tiab has been one of the positive examples of Thai seaside communities over the past few years. As they have chosen to help one another, this has not only helped the community financially, but also emotionally. They feel more bonded with the environment and one another because they have built this up on their own."

Although there are few today who would argue about how successful and beneficial the project has been, Jang said that in the early stages, however, it wasn't easy.

"I initially described the project as like a banking system because I couldn't have done it alone," said Jang. "At first, there was just me and three other members. I only reached the Prathom 4 of education, so people who studied to a higher level than me often found it difficult to believe that a guy like me would be able to come up with an idea that they could trust."

As Jang walks through the Pak Klong community, he points out villagers who are all busy with different stages of the crab-catching process. It is quite a different picture to how it was 10 years ago.

"Before, the villagers had to leave to make a living through other means," said Jang. "Now, they can make 400-500 baht a day just by removing crabmeat from the shell.

"During school break, kids can also help with that or by removing crabs from the net. They can make a lot of money in a day and they don't have to ask their parents for money."

Jang said that what he and the project members have been doing for the past decade has not just been concerned with restoring the crab population, but also ensuring its long-term preservation. Since the project began, rules and regulations on the width of the net holes have now been established, so as to prevent the catching of young crabs.

It's more difficult for Jang to get about nowadays and although his son and daughter-in-law do help out, he's still concerned about what may happen in the future.

"There are people who don't join in the project but just take advantage of its success," said Jang. "But that's OK because I think of myself as the caretaker of nature. We all have to do our best though, to make sure that this project is preserved for generations to come." 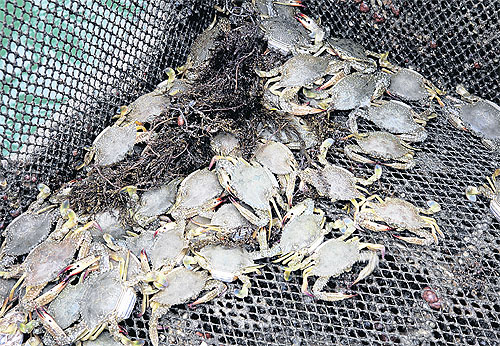 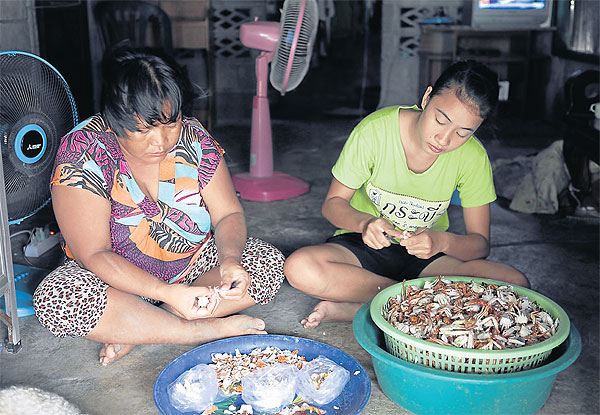