Instead of being paranoid over the severity of the disease, controlling the population of mosquitoes is a must

The recent news of Channel 3 actor Thrisadee "Por" Sahawong being in a coma for a week due to dengue fever has sparked a public scare about the tropical illness, mostly overlooked by people in Thailand.

The 37-year-old was referred to Ramathibodi Hospital last Monday and required resuscitation multiple times during the course of the week. While his life hangs by a thread, the public have started to question if dengue fever, also known as dengue haemorrhagic fever, is life-threatening and if the mosquito-borne viral infection is preventable.

Infectious medicine specialist Dr Wadchara Pumpradit urged the public to not break out in a cold sweat because the fatality rate is very low.

"Dengue fever has become a huge health issue because it happened to a public figure like Thrisadee. Unfortunately, his case is severe. But we only are highlighting a minority of cases that involve severe complications. A majority of dengue fever infections do not lead to death," said Dr Wadchara.

According to statistics from the Bureau of Vector Borne Disease under the Ministry of Public Health's Department of Disease Control, this year there were 107,500 Thais infected with the dengue virus, as of last week. Of this number, 106 died, which accounts for around 0.1% of those affected.

Thailand has seen a sharp increase in the number of dengue cases. In 2014, an estimated 40,000 people caught the disease, 41 of whom died from it.

For better understanding, here are nine important facts and figures on dengue haemorrhagic fever and situations, in Thailand and globally.

In the early stages of infection, dengue fever and flu have similar symptoms, said Dr Wadchara, but there are certain things to look for.

"Common cold and influenza usually involve coughing, a runny nose and sore throat, and these symptoms are not present in most cases of dengue," he explained. "People infected with the dengue virus will develop a fever higher than if they have the common cold or flu, usually around 39-40C. They will also have muscle and bone pain. A rash of red bumps might not help in differentiating because virus-causing infections are likely to lead to a rash. A laboratory test is the best way to make sure if patients are infected with the virus."

- Dengue is mostly contagious during the monsoons

Dengue fever started spreading in Thailand more than 50 years ago. In the past, the pattern of the outbreak was predictable -- like once every two years. But because the global climate has become unpredictable, it affects medical practitioners' ability to forecast the epidemic pattern.

"In Thailand, for example, sometimes it doesn't rain when it's supposed to or sometimes it rains out of the rainy season," said Dr Wadchara. "Stagnant water is a breeding ground for mosquitoes."

- Dengue virus is not transmitted from person to person

The mosquito Aedes aegypti is responsible for transmitting the dengue virus to humans. The virus is not transmittable from person to person. Therefore people suffering from the disease should not be considered contagious.

There are four dengue virus subtypes -- dengue virus 1, 2, 3 and 4. Thrisadee is infected with the second strain of the virus.

- About half of the world's population is at risk

According to the World Health Organization, the global incidence of dengue has grown dramatically in recent decades. Approximately 500,000 people with acute dengue require hospitalisation each year, a majority of who are children. About 2.5% of those affected die.

Dengue haemorrhagic fever was first recognised in the 1950s during dengue epidemics in the Philippines and Thailand. A severe form of dengue can lead to serious complications and death, especially among children in some Asian and Latin American countries. People in urban and rural areas have equal risks of being infected.

According to Dr Wadchara, when a patient is infected with the dengue virus, the body produces immunity to fight against the sickness. But an overreaction of the body's immune system is harmful to itself, causing a low platelet count and subsequently internal bleeding, liver damage and blood vessel leakage in severe cases. Dengue shock is likely to occur as a result of severe dehydration and is associated with high mortality.

"There is no need to panic because this is not to say that every dengue fever patient will suffer severe complications," the specialist said. "If you develop a high fever and suspect that you might be infected, early treatment is advised."

- Taking paracetamol or painkillers prior to a doctor visit is dangerous

Aspirin and Ibuprofen reduce the function of platelets, which can lead to internal bleeding. The virus attacks the liver so taking too much medication such as two paracetamol to cool down the body temperature could worsen physical conditions.

- There is no specific treatment for dengue fever

If a clinical diagnosis is made early, specialists can provide treatments based on a patient's condition. Treatments usually involve fluid replacement to prevent dehydration, as well as whole blood or platelet transfusion for patients who bleed internally.

- There are no vaccines available

Scientists and medical experts are in the process of developing a vaccine against dengue and it is expected to be available in the near future.

- A change in the environment is the best vaccine

The primary preventive shield against dengue infection is to control the mosquito population, said Dr Wadchara. Make it a routine to eliminate areas with stagnant water such as in plant saucers and water containers for pets, not just at home but also in schools, temples and public areas.

"The pattern and severity of dengue infection will become more and more difficult to predict. So prevention is always better," advised the doctor. 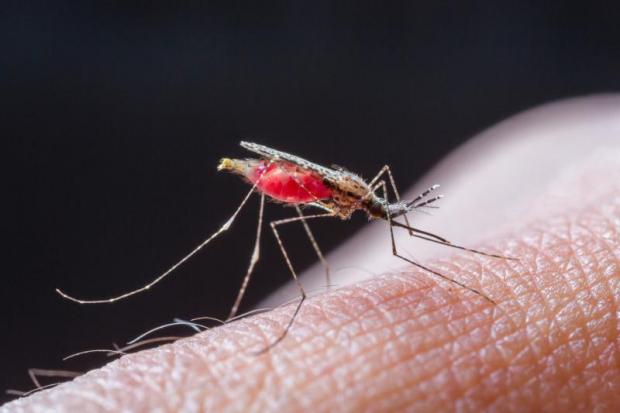 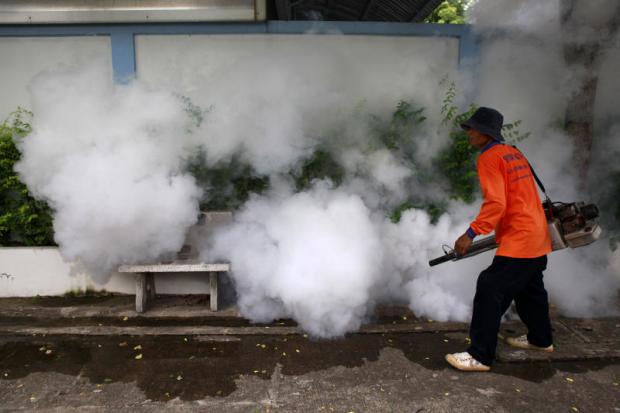 Mosquito repellent is sprayed in a community in Bangkok to prevent dengue infection.