published : 8 Dec 2015 at 03:30
newspaper section: Life
writer: Story: Aree Iam-Aoran
Over 3,300 houses were built in tsunami-stricken Aceh, Indonesia, based on the people-driven approach.

Settlers along Khlong Samrong, a canal in the southern province of Songkhla, were evicted in 1997 on grounds of polluting their own waterway. They were, however, too poor to relocate.

Fortunately, several non-profit organisations lent them a helping hand, including then-student of architecture Patama Roonrakwit and her architect friends. They volunteered to help the settlers rebuild their new homes. That was to become the starting point for Patama's philanthropist endeavours to design housing for the less fortunate.

A Silpakorn University architect graduate, Patama is now the current managing director of Community Architects for Shelter and Environment (Case). Founded in 1997, Case is basically a group of architects with a humanitarian and anthropological approach to creating appropriate housing for needy people. The group focuses on working closely with the urban poor who are in need of new settlement.

"I cannot just work in my office, creating designs, without listening to the people's problems and desires," said Patama at the 18th Arcasia Forum 2015, which was held last month in Ayutthaya province. The event, which was designed as a platform for the ongoing discussion of current architectural ideas pertinent to the region, also saw other architects from several countries in Asia who share Patama's mission -- to provide houses for the less fortunate.

According to the Thai architect, communication and a cultural exchange between the needy and architects who help them is crucial in designing and building appropriate housing for settlers.

She referred to the 2004 Indian Ocean earthquake and tsunami which claimed nearly 230,000 lives and left around 2 million people homeless in Indonesia, Sri Lanka, India and Thailand, according to the UN.

Koh Muk, a fisherman's island in Trang province, was one of the hardest-hit in the country. The disaster not only created devastation, but also reignited old land disputes. Both factors resulted in eviction for the Koh Muk settlers.

Fortunately, some partially cleared mangrove forest was purchased (from funds generated from public donations and government assistance) for their relocation. Patama, along with other architects from Case, were then called in to help the Koh Muk settlers rebuild their houses.

"Designing houses on new land is one thing," Patama explained. "But what I have learned through my experience is, there needs to be communication. We need to work with local people to get clear information so the work isn't wasted."

Indonesian architect Yuli Kusworo, who also participated in the Arcasia Forum, also agreed with Patama that working closely with the community is one of the keys to success.

In 2004, Kusworo -- who is now the architect co-ordinator of Arkomjogia, an organisation that focuses on developing people-driven approaches in activities with urban communities, heritage issues and post-disaster rehabilitation and reconstruction -- was one of the volunteer architects who helped the 22 villagers rebuild their houses in Aceh, Indonesia.

"We work with the poorest people not only doing design, but facilitating the capacity of people with our methods: community mapping, community planning and designing, and community implementing," said Kusworo, who won the Dubai Habitat International Award in 2007 with his "Integrated People-Driven Reconstruction Post Tsunami in Aceh" project for improving the new living environment.

Architectural assistance for the less fortunate is also needed in Japan, especially after the 2011 earthquake, resulting in a massive loss of life, environmental devastation and infrastructural damage. 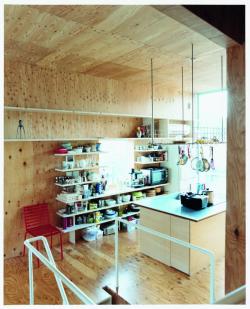 But according to Japanese architect Satoko Shinohara, who also took part in helping the affected communities, the definition of "the less fortunate" in a highly developed nation such as Japan might be very different from that in other developing countries.

"They [the disaster-hit Japanese] are not economically poor enough to be supported by public financial aid and they also don't prefer to live in social housing. This is why they are not officially recognised as the less fortunate," said Shinohara, who is also a professor at the Department of Housing and Architecture at Japan Women's University.

In response to the tragic event in 2011 and to Japan's rising trend of "Kodokushi", or lonely death (a Japanese phenomenon of people dying alone), Shinohara created the minimalist apartment called SHAREYaraicho in the district of Shinjuku in Tokyo.

SHAREYaraicho is a flexible structural plywood design for tenants to place their furniture in whichever way they like. In one apartment, there are seven bedrooms and multiple common rooms.

"In this way, once single residents start to live in the shared house, they start to have community in their daily life," explained Shinohara, who won several awards, including the Good Design Award for Corte Matsunami Housing in 2009, the Architectural Culture Prize in Chiba in 2011 and the Environmental Design Award for SHAREYaraicho Housing.

According to Patama, when it comes to living solutions for Thais, the public and private sectors should not just pay attention to people in the lower class because, she said, the middle class are also those who are forced to encounter difficulties finding a place to live.

The wealthy can afford luxurious and independent living solutions, while the poor are supported by the government. This leaves an empty gap in the economy, which is occupied by the middle class.

"The government doesn't really pay attention to the middle class because they are not poor. They are not lacking," Patama said.

Therefore, if the country is to help provide its people a place to live, the middle class should also be addressed. 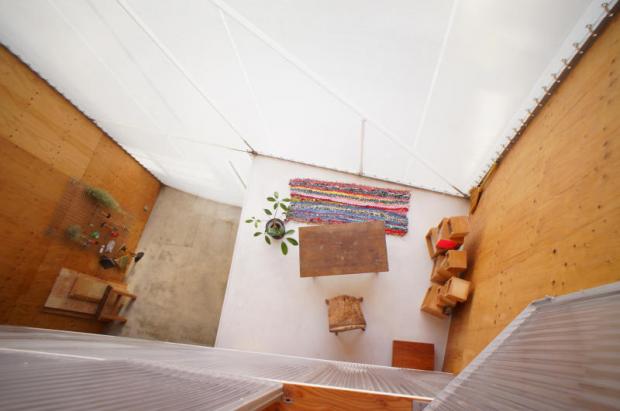 The living room of SHAREYaraicho.