Yangon: When the votes are counted, the serious horse-trading begins.

The most popular party - the National League for Democracy, headed by the charismatic Aung San Suu Kyi - probably will not win an absolute majority. Of 440 Lower House seats, 330 will be voted on Sunday. The 168 Upper House seats up for grabs, of 224 in total, are spread evenly throughout the 14 states and provinces.

With a hybrid political system and a quarter of the seats set aside for the army’s commander-in-chief to fill, the NLD will likely have to cut deals to get its people into key positions. Even the post of president - the head of state and government - may be beyond the control of the NLD. The president is only indirectly elected: the Lower House, Upper House and military MPs each elect a vice-president, and from these three the president is chosen. That person has control over the cabinet and the chief ministers for each of the 14 regional parliaments. This will take time: The official hand-over to the next government is set for the end of March.

One clear division will be between the ethnic peripheral areas and the more predominantly Bamar areas, and between urban and rural voters. The urban areas will strongly support Mrs Suu Kyi. Almost all the 81 lower house seats in Mandalay and Yangon are certain to go to the NLD as well as the 24 upper house seats.

The NLD then has a choice of forming an alliance with the ethnic groups or the army to elect the president of its choice - the former is more likely. As the strongest party in the Lower House, Mrs Suu Kyi could be selected as speaker - the two speakers are chosen immediately after the new parliament convenes, before turning their attention to the presidential contest.

If the NLD’s still unnamed presidential nominee is as universally acceptable as Mrs Suu Kyi believes, the party may win enough support from minority parties or even the army to have its nominee elected. It may mean doing a deal with the army to have commander-in-chief Min Aung Hlaing as first vice-president - and to guarantee him a more formal and powerful position than the current two vice-presidents have enjoyed. 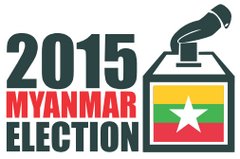 Should the ruling Union Solidarity and Development Party do better than expected, they have promised Thein Sein will remain as president. But expect Sen Gen Min Aung Hlaing to figure prominently. The Upper House speaker is likely to be Soe Maung - though he may also be a presidential nominee - with current speaker Khin Aung Myint also strongly tipped to regain this post. The key candidate in the presidential contests will be that nominated by the army, which is most likely to be the current commander-in-chief Sen Gen Min Aung Hlaing - though he may delay his entry into politics, if the NLD numbers in parliament seem too threatening.

The NLD’s strength in parliament may decide Thein Sein’s fate, as Mrs Suu Kyi would never accept him as president again. In such a scenario, Soe Maung, a minister in the president’s office, would be the most likely next president. While an NLD landslide cannot be ruled out, an army-led coalition is the most likely outcome, with concessions to Mrs Suu Kyi and her party. They may not be able to take all in this election, but they will certainly play a role as kingmakers. 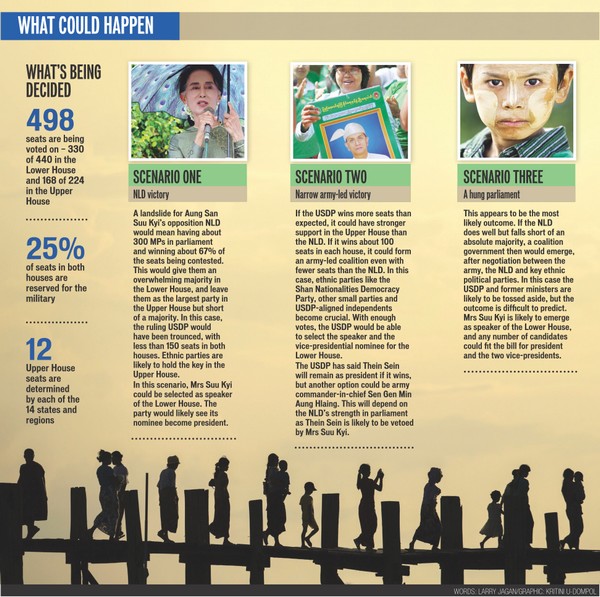