Apple recently released a number of new devices. The most lauded and advertised release may arguably be the latest iteration of its smartphone, the iPhone 11, but it's also got a few other devices that may have slipped under your radar. Thinking of getting one as a Christmas present but unsure whether it's worth your hard-earned cash? We've got a cheat sheet for you. 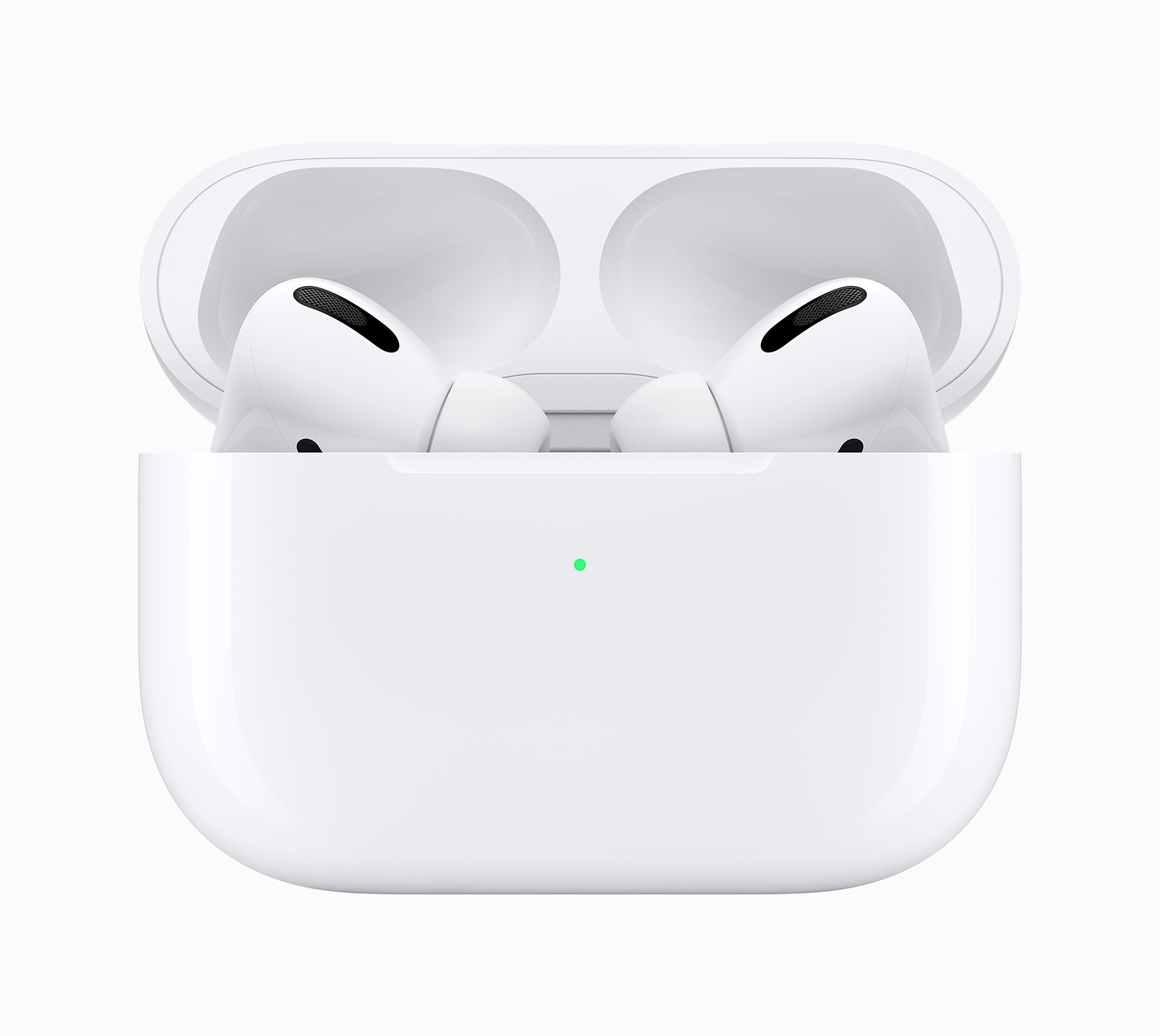 Compared to their predecessor, the AirPods Pro are significantly smaller. For those of you worried about aesthetics, this will be a plus since they don't awkwardly jut out of your ears. They also come with noise cancellation and generally, work well. Using inbuilt microphones, the buds eliminate most ambient sound. However, noise cancellation would be meaningless unless the buds fit your ears snugly. Thankfully, the AirPods Pro come with an ear fit test (that is, if you have an iPhone or iPad) that can help you out with this and you've got two extra buds to choose from if you find one is not a good fit. You can be assured that the buds won't fall off your ears and roll away into the great unknown, even if it's wet with your sweat (don't go swimming with it though). They're easy to carry around and connectivity isn't an issue, as well. Plus, it's pretty neat not having to pause your music or video because simply taking off one of the buds automatically does that. Ah, the lazy life. Of course, all this would be undone if they don't produce great sound, which is its main purpose anyway. Thankfully, it does. The AirPods Pro even fine-tunes mid and low frequencies to the fit of your ear to make sure you're getting the music right.

Controlling the music via the AirPods Pro, as well as switching from noise-cancelling to transparent mode (meaning you hear ambient sounds) is as simple as touching the "scoop" on either bud's stem -- or at least it's supposed to be that simple. Maybe it's easier for someone with smaller hands, but if you've got slightly large ones like me, it takes a few tries to get it to work. You have to wait to hear a "click" to know if you've done it correctly but perhaps having haptic feedback would work better. In terms of battery life, it lasts pretty long if you consider the battery life of the buds and the case. I used them every day and charged the case once every two or three days. However, the buds by themselves run for a good three hours plus so you're going to have to put it back in the case at some point, especially if you're using it on a long-haul flight.

The noise-cancelling is definitely its crowning feature and you can shut yourself off from the world to listen to the soundtrack of your life in high-quality, unadulterated audio.

Available at Apple Stores and official retailers for B9,490.

The latest iteration of the iconic iPhone was the butt of jokes and the subject of memes due to its quirky three-lens design (for the iPhone Pro, that is), and sure, I found it pretty weird and funny too. But once you try it, you'll see that the camera is no laughing matter. Without getting too much into the specs of it all, the iPhone 11 Pro comes with an ultrawide and telephoto lens. While this isn't anything new, the quality of photos and videos the phone takes is exceptional. For those who like to film on the go, the iPhone 11 can film in different resolutions and frame rates like 4K at 24fps to give you that cinematic feel. On top of that, there's an inbuilt stabiliser that makes the footage come out as if it was on a dolly of some sort. Not only that, but you can now edit videos like you do photos, meaning you can crop and straighten them right from the phone itself. As for the photos, the difference between earlier iPhone models is a great one. The colours are richer and crisper. Plus, there's the added bonus of Portrait mode having more edit options to give your photos a little more flair. There's also the camera's new night mode, which takes photos in low light without making the photos look overexposed or sacrificing any of the details to colour. All these features come in the 11 and 11 Pro. The only thing missing from the 11 is the telephoto lens, which allows you to zoom in even more than previous iPhone models without having to sacrifice photo quality. 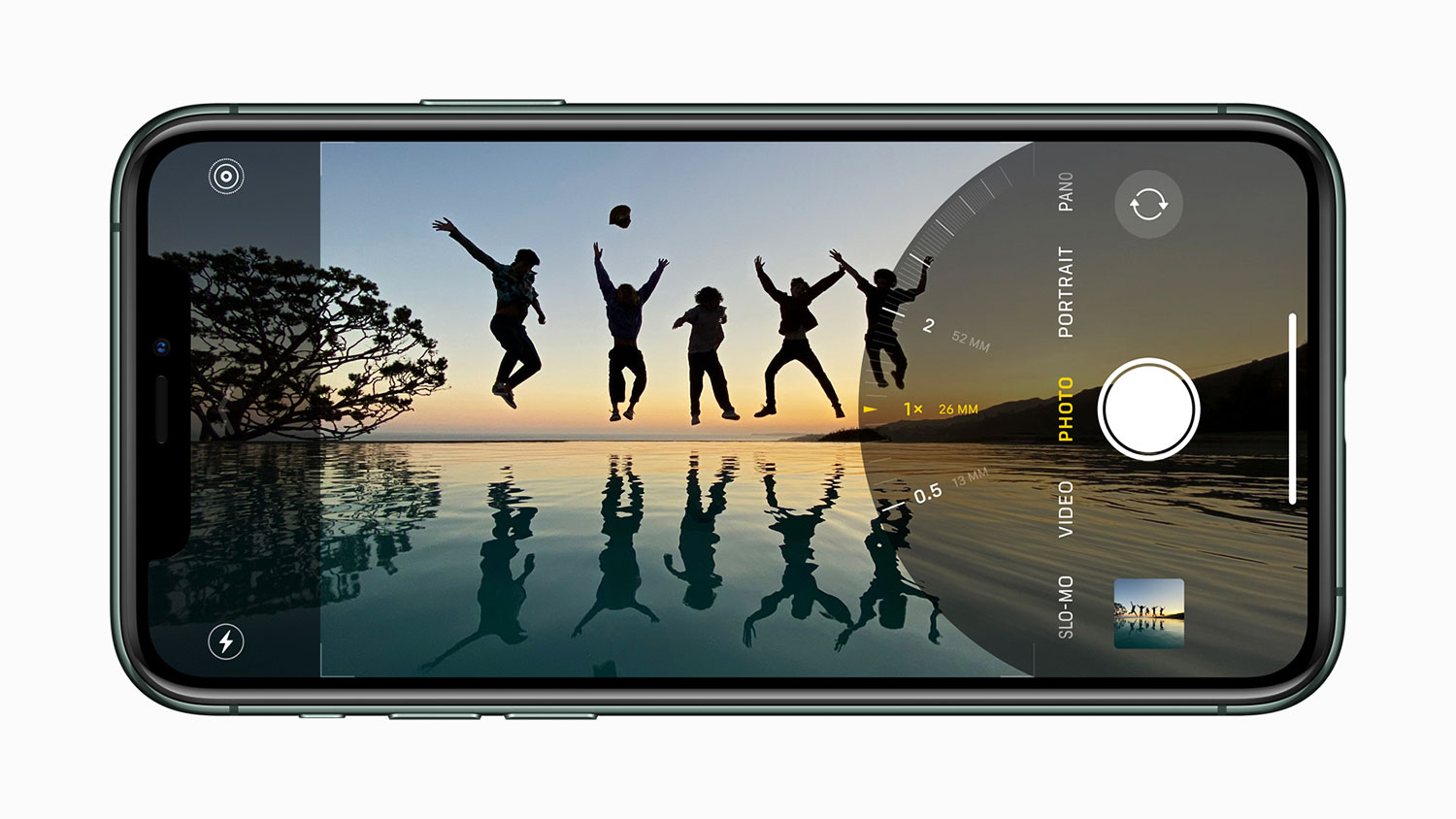 I switched from using an iPhone 7 to the iPhone 11 Pro and as expected, the iPhone 11 performs better and faster. Other than that however, there isn't really much of a drastic improvement other than its kick-ass camera. This seems to be the trend for smartphones nowadays anyway where aside from the cameras, the innovations seem to have plateaued. 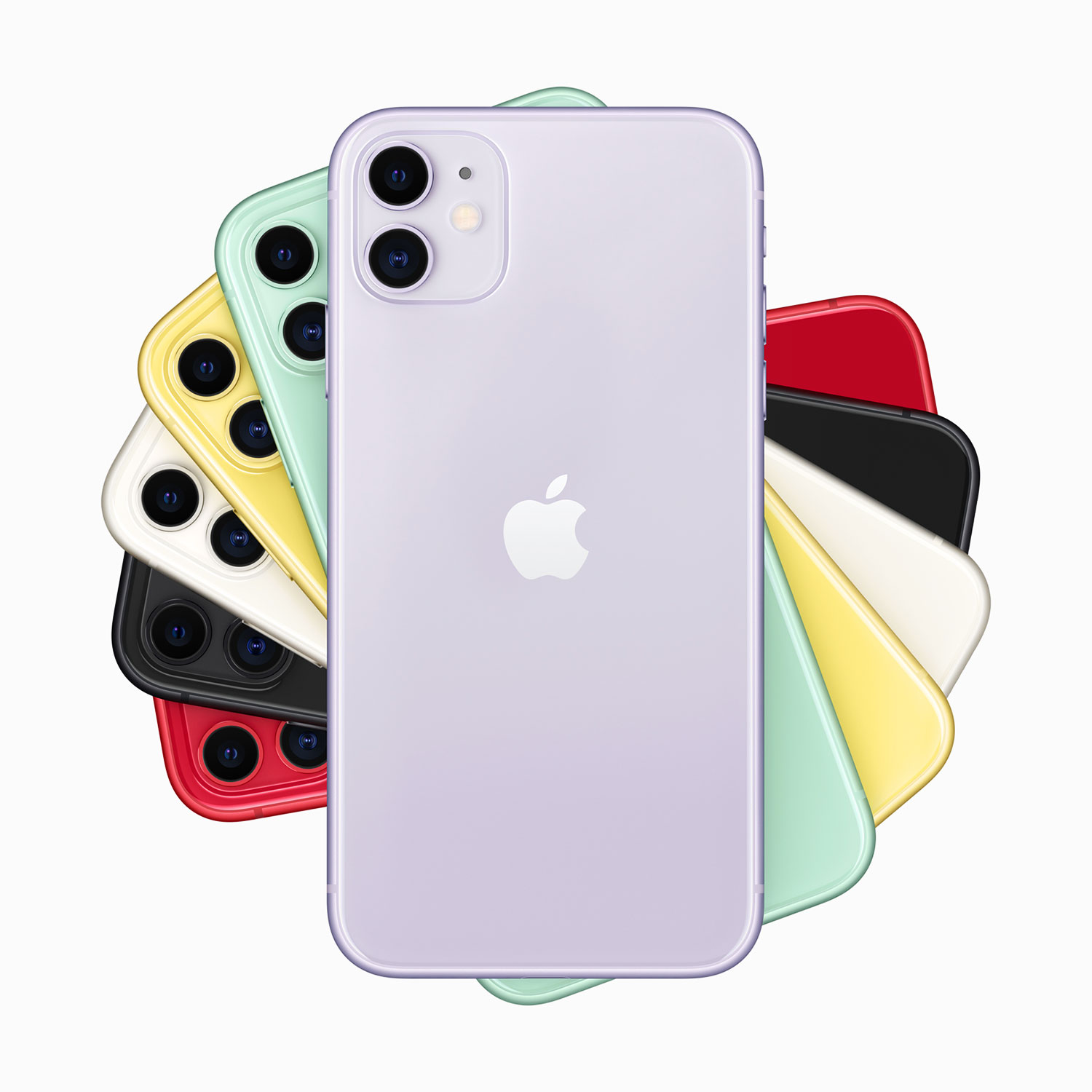 The main draw of the iPhone 11 is its astounding camera and in this day and age, it may be a good enough reason to get it. But even if you're just looking to upgrade your phone, this may be the best time to do it, especially if you're an iPhone user. The iPhone 11 is only slightly more expensive than the iPhone XR. On top of that, you also get a free one-year subscription to Apple TV+. Finally, if you've got an old iPhone, you can trade it in to get a discount on your new one. 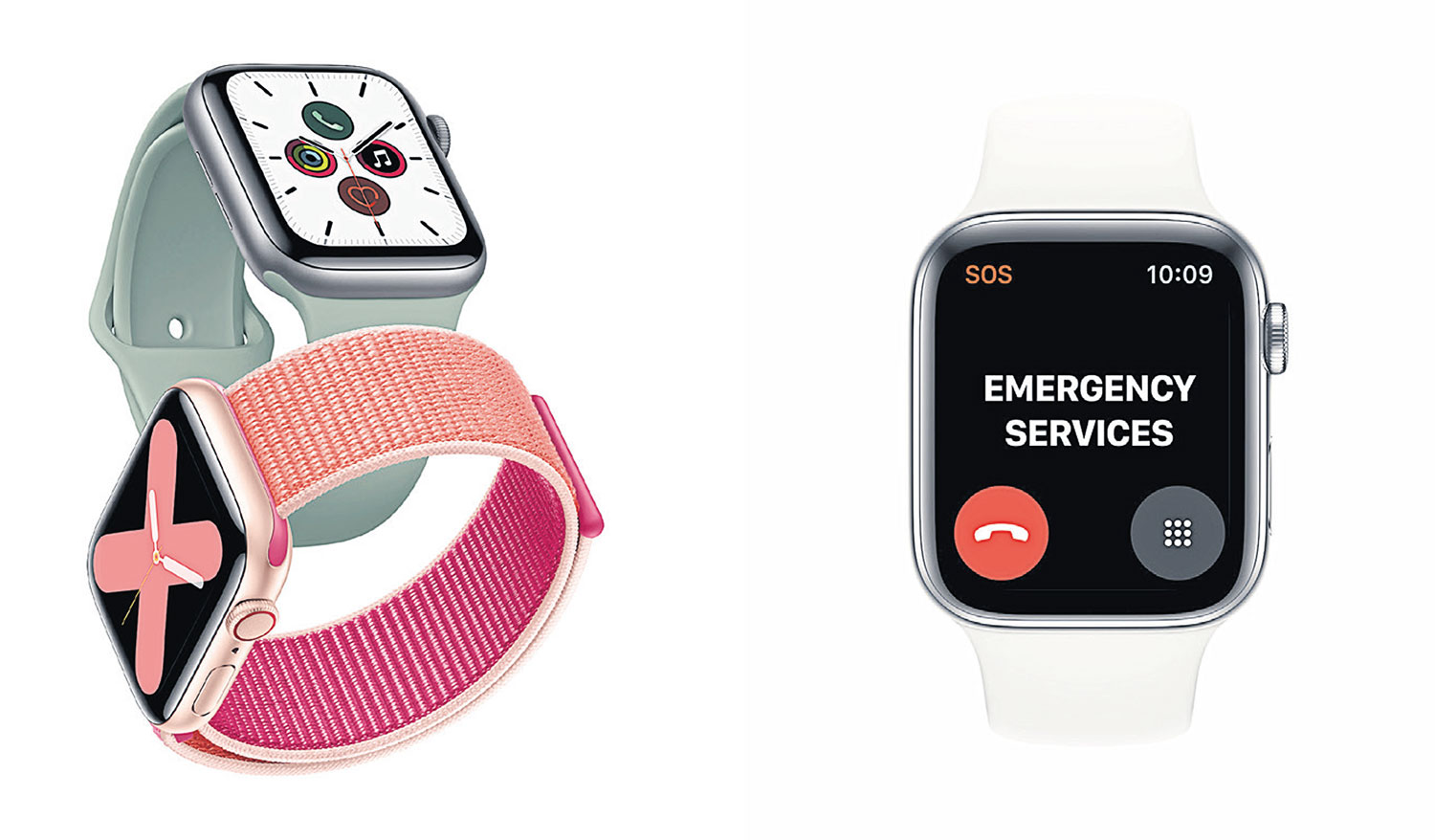 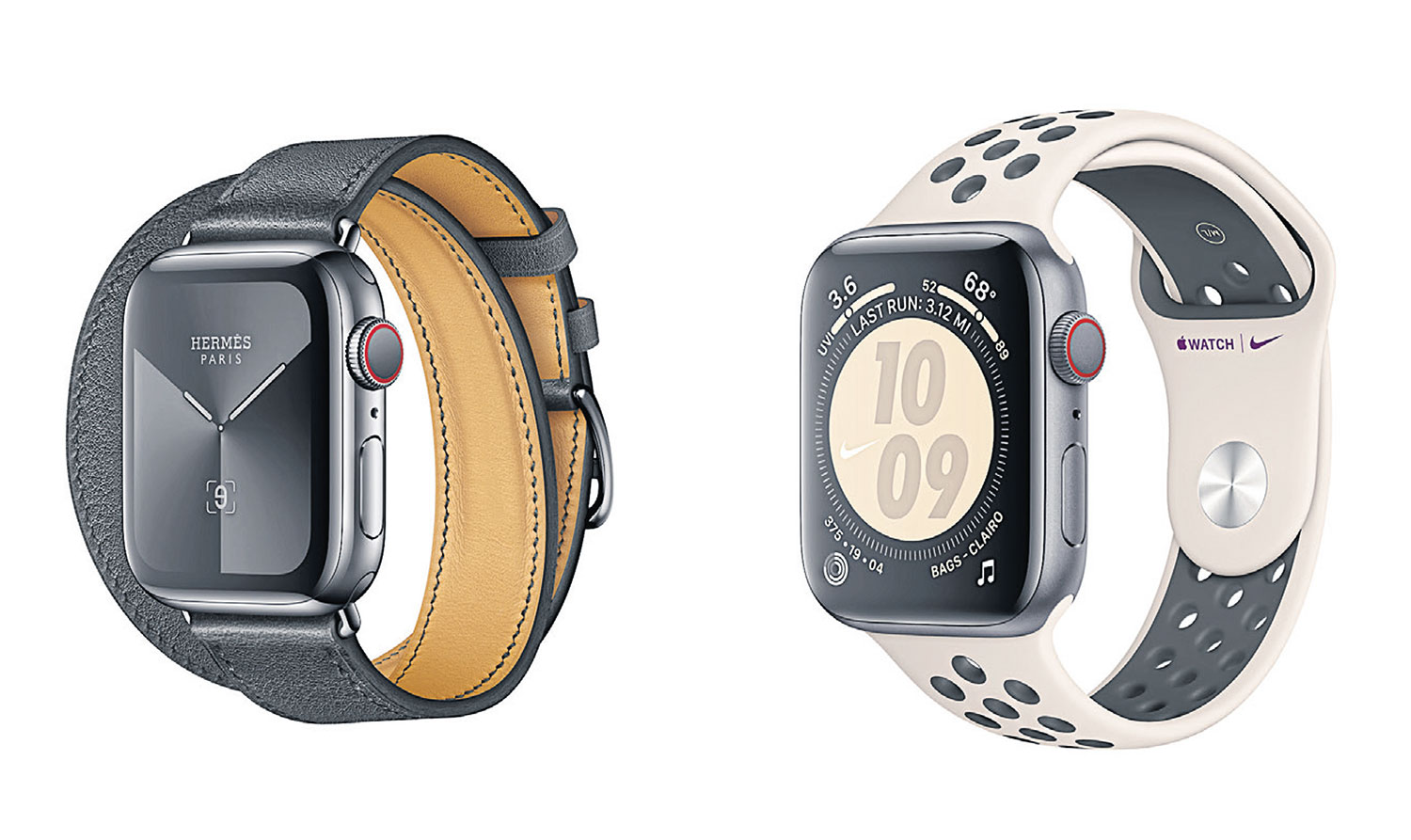 The Apple Watch is a great tech companion to have in everyday life. For starters, it reduces the number of times you pick up your phone since notifications are shown on it. Yes, you still do read your notifications, but in my case, it helped me detach from my phone a bit as I could judge whether a notification was worthy of a phone-pick-up or not. Its always-on display, something that's long overdue for the watch, also makes it easier not just to see the time but to see the little red dot on top to know when you have new notifications. Plus, as an audiophile who always has Spotify on, controlling my music from the watch without having to pick up my phone made it so much easier. On the topic of health, the Apple Watch keeps track of your exercise and movements with the iconic Activity Ring. It can also coach you on how to do better and keep your activity up. The Watch can also detect when you're working out or even if you're just taking a brisk walk outside. A notification will pop up and ask you whether you want to log it in as exercise (of course we'll log it in. Anything to say we're healthy and active!) It also keeps track of your heartbeat and will notify you if your resting heartbeat elevates even if you're standing still. Took a tumble or a fall? The watch will be able to detect it and put up a notification asking if you're OK. If you don't respond to it in a certain amount of time, it will call the authorities -- which brings me to this Watch's iconic feature. The Series 5's crowning feature is its data connectivity. Yes, you read that right. You have to talk to your data provider but it basically means that you can leave your phone behind and the Series 5 will still be able to take calls -- that is, if you can survive the anxiety of leaving your phone behind.

The Apple Watch has Siri and I imagined myself being some sort of Star Trek officer just having to raise my hands and talk into the watch. That's easier said than done though. Sometimes Siri didn't recognise my voice and sometimes it recognises my voice even when I'm not raising my hands to activate Siri. Also, the Apple Watch does have a great array of features, but that can only be maximised if you also own an iPhone.

The Apple Watch Series 5 is a great companion to have and puts so many things at ease for you, especially with its data connectivity and its emergency settings. If you've got an iPhone and the dough to dish out, definitely cop this one.

Available at Apple Stores and official retailers starting at B13,400. 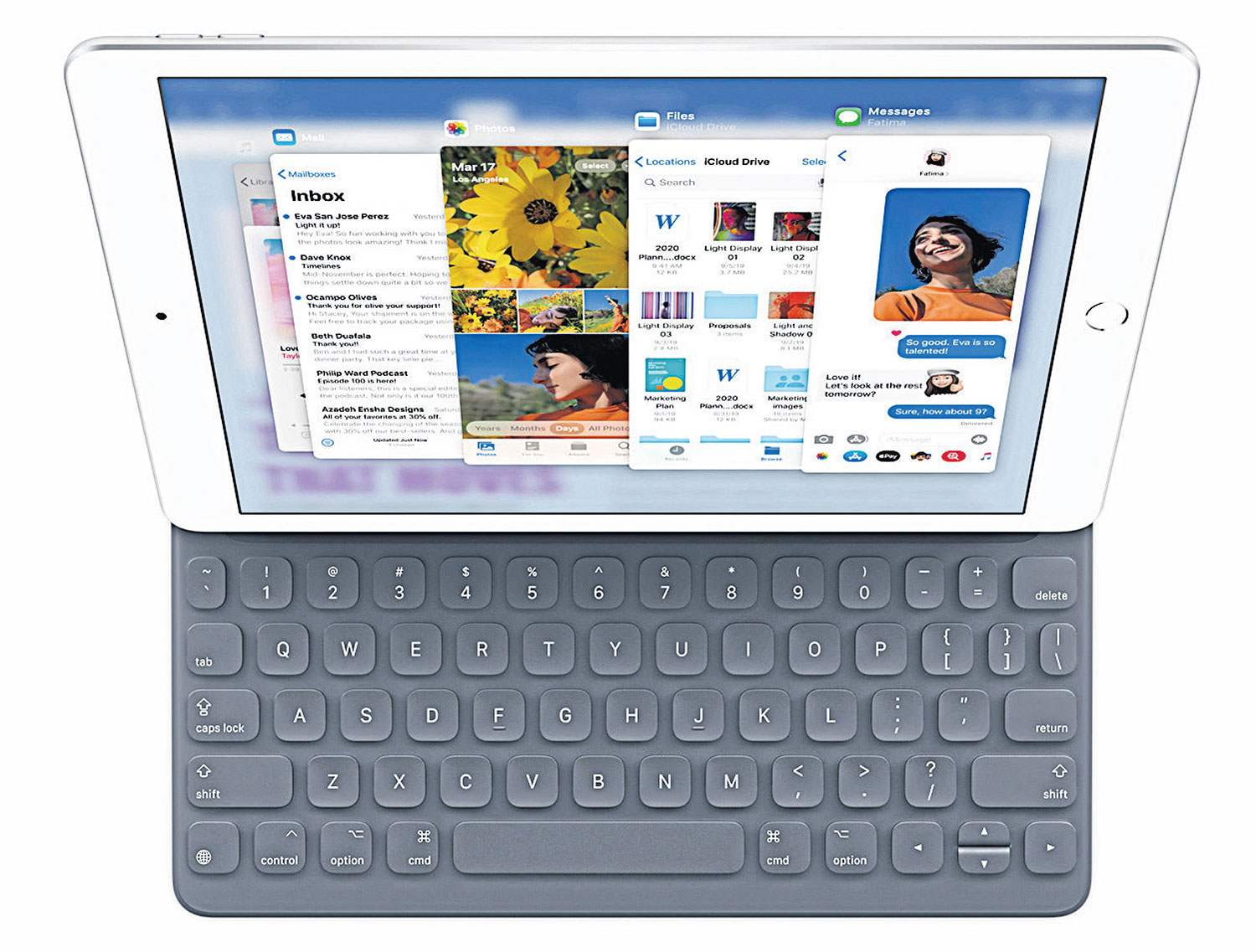 At first glance, it may seem that nothing has changed with the iPad. Aesthetically, yes, it's the iPad we've all grown to be familiar with. However, Apple has released the iPad OS, a unique operating system specifically for the iPad to set it apart from the iOS of the iPhone. Basically, the iPad OS has successfully turned the iPad into a hybrid iPhone/Mac. Opening two windows at a time, as well as being able to dock another app on the side, which you can swipe to hide or reveal allows for hassle-free multitasking. Pair this with the Smart Keyboard and the Apple Pencil and you've got yourself a portable workspace with endless possibilities without having to lug around a laptop. Editing videos? Drawing up concepts? Signing paperwork? Writing articles? All can be done at ease with the iPad. If you're a gamer, you won't be disappointed. I've played many rounds of Call Of Duty: Mobile on it and the graphics are brilliant. Finally, coupled with your year-long free subscription to Apple TV+ if you do choose to buy one and you've got yourself your very own portable home theatre what with its 10.2 inch Retina display and great stereo speakers.

The iPad by itself already has a bunch of great features thanks to the iPad OS. You can maximise it with the addition of the Smart Keyboard and the Apple Pencil but you're going to have to buy those two separately. Depending on what you plan to use the iPad for, you may need them or you can choose to forego them altogether. 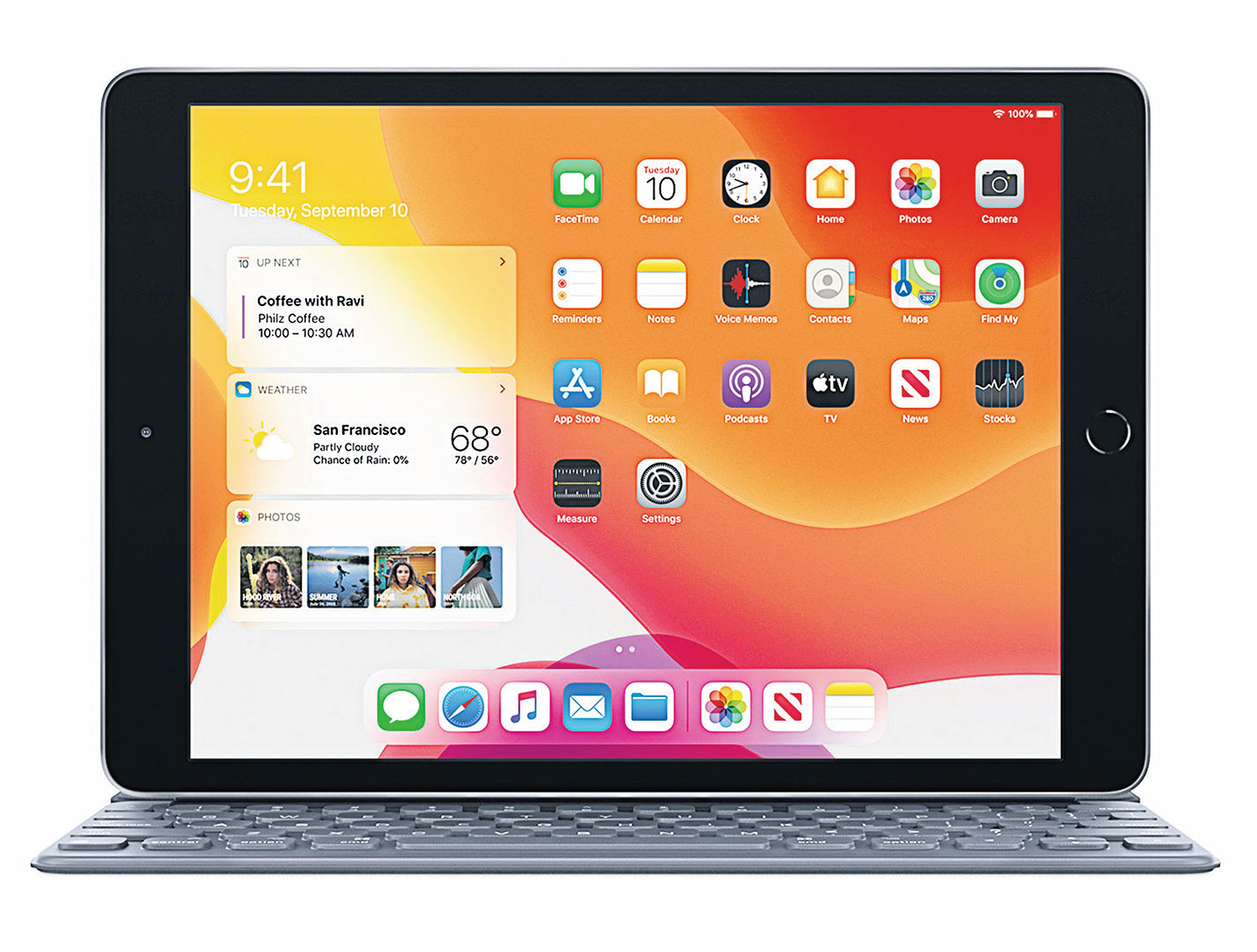 If you're a person who works on the go or you're a creative person who likes to draw, take photos or shoot videos and then edit them and you want to do all this hassle-free then the iPad will make your life so much easier. Heck, if you just want something to watch Apple TV+ on while on the plane or on the road, it's great for that too. Protip: Pair it with the Airpods Pro for uninterrupted watching enjoyment.

Available at Apple Stores and official retailers starting at B10,900.