Support in the form of incubation programmes set up by telecom operators has contributed to the success of Thai start-up businesses, enabling those who received funds to accelerate and take off faster.

Although there is currently no unicorn (start-up whose company's valuation is worth over US$1 billion) in Thailand, there is expected to be one by 2020. Also in 2016, more new players are expected to hop on the bandwagon, including companies for financial technology, e-commerce, travel technology, logistic and real estate.

Here's the list of top ten Thai start-ups that have proven successful this year.

ClaimDi is a mobile application that allows car owners to make insurance claims at the scene of the accident within 15 minutes. The first of its kind, the app now works with 15 insurance companies.

Following its first achievement in the world of start-up as the winner at dtac Accelerate 2014, ClaimDi has continuously been successful in several programmes and recently secured $2 million in Series A funding, a critical stage in the funding of new companies. (A typical Series A round is in the range of $2 million to $10 million.)

One of the app's highlights is the "shake and go" feature, which allows two parties in an car accident to make an insurance claim without waiting for a surveyor from their respective insurance company to arrive at the scene. It is planned to expand the service nationwide and in the overseas market such as Malaysia and South Korea or Japan. 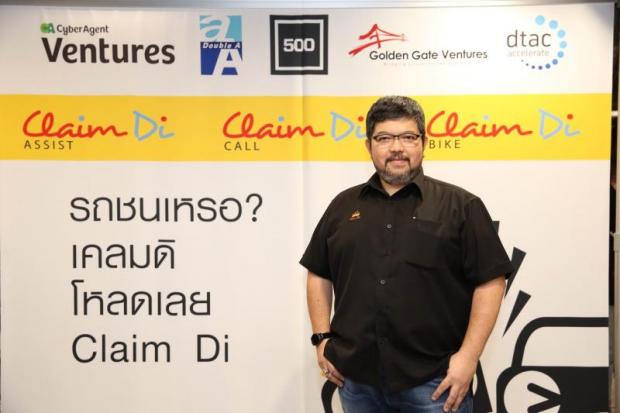 SocialGiver is a new sharing program to allow people to "shop" and "help" society at the same time. The plan is to contact various businesses, such as hotels, restaurants and other sectors to give back to society by offering vouchers and services for the public to buy. The money generated will then be donated to a charity of the consumer's choice.

The website so far has funded 16 projects and there is another charity campaign in the first quarter of next year.

SocialGiver was announced the winner at the Sintel Group-Samsung Regional Mobile App Challenge, staged earlier this month in Indonesia, receiving S$10,000 (250,000 baht) and an opportunity to have the app services in 23 countries worldwide.

SocialGiver links businesses to society under a sharing concept.

aCommerce is a full-service e-commerce solutions provider, which was the first Thai start-up to break records for Series A funding in Southeast Asia with a targeted deal size for Series B of $30 million. (Series B is the funding necessary to get founder liquidity and build headquarters).

aCommerce is on a mission to break the logistics bottleneck of Southeast Asia. Founded in June 2013, aCommerce has offices and distribution centres in Indonesia, Thailand and the Philippines. The company provides end-to-end e-commerce solutions to bring brands and retailers into online retail, including performance marketing, channel management, platform design and development, content production, order fulfilment and warehousing, delivery and logistics, customer service and call centres.

aCommerce recently signed a strategic partnership with DKSH, a Swiss-based market expansion service provider, that involves an eight-figure investment for a minority stake and access to DKSH clients and infrastructure across the region. 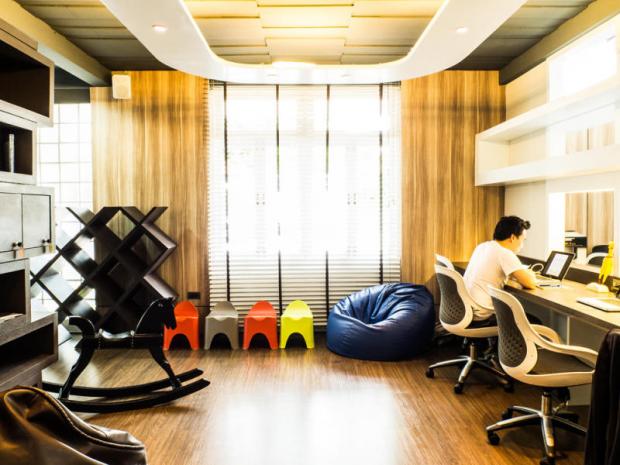 Started in 2012 and based in Bangkok, Hubba has a presence in over seven locations, with minority investments in co-working spaces in Chiang Mai and Vientiane, Laos.

Hubba also entered a joint venture with Sansiri, a property development company, to launch Hubba-To, a co-working space and artisan hub concentrating on arts and crafts. It allows individuals or teams of entrepreneurs, tech start-ups or freelancers to co-work in the same space, alongside more established start-ups and even teams within larger corporations.

In mid-2015, the company raised a pre-Series A venture capital funding round and expects to raise a full Series A round later in early 2016.

ZmyHome is a portal created exclusively for homeowners to list their property for sale and rent, with no agents involved.

The main goal is to eliminate high commission and liquidity of the real estate market by offering services for home valuation, market monitoring, mortgage centre, escrow account and whatever else is needed in the Thai real estate industry.

With the concept "buy and rent from owners without commission", the website allows Thai people to buy, sell or rent homes quickly and cheaply, as sellers offer the complete necessary information, while buyers use the tools on the website. Both buyers and sellers can view the state of the market in real time, so they can make the right decision.

StockRadars is a mobile application that functions like a radar that detects stock signals.

Invented by SiamSquared Technologies, StockRadar detects stock signals such as price or volume movement, and displays stock details in the form of a cube. Users can flip it to any side to get details such as signal stock list, latest day closing price and other fundamental data.

The start-up has taken five years to develop StockRadars as a tool to help users analyse and easily comprehend stock pricing. Like a compass for individual investors, StockRadars helps users filter stocks. There are around 300,000 users so far this year.

StockRadars was top-grossing in the App Store for a long time and it is the mobile app that generated the highest revenue in Thailand in the financial category. 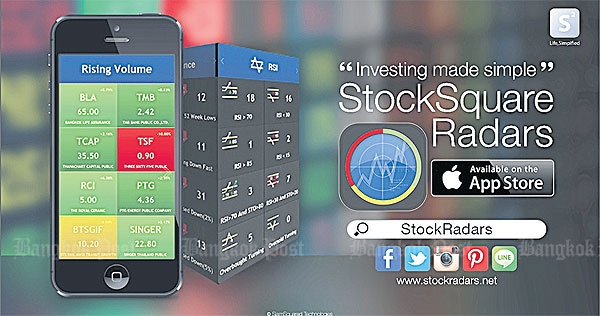 Giztix is an e-marketplace for worldwide logistics services which covers pick-ups, trucks, freight and customs clearance.

Giztix is like Uber for logistics. There is no start-up cost for transporters, but once they sell the service, they pay commission to the website.

Giztix is also the winner of the Start-up LaunchPad at Echelon Thailand 2015.

Skootar is a platform to find cheaper, but more reliable messenger services to deliver packages or documents.

The application was created by Suwatt Pathompakawan who had a bad experience with inefficient messenger services. Skootar services include delivering and picking up documents, invoices and cheques, goods, food, postal documents and any kinds of billing payment.

Skootar claims to be able to match a customer and a messenger in less than 15 seconds, with notification to customers. At the end of the month, the service will send emails informing customers of the total cost. Each service costs about 200 baht (starting price is 70 baht and then 10 baht per km).

FlowAccount, which runs as both a website and mobile platform, won this year's AIS The StartUp competition, beating out other 300 teams.

The free version comes with basic features including creating quotations, billing notes, invoices, receipts and purchase orders. The premium package, which costs 990 baht a year, has additional functions, including sales and client reports, keeping track of expenses, profit and loss statements, withholding tax forms, and 1GB cloud storage. It is available for a 30 day free trial.

FlowAccount utilises SSL encryption and authentication which converts customers' data into impenetrable code using data encryption. The online cloud application serves businesses, for up to 10 users, and today the program is being used by more than 5,000 users. 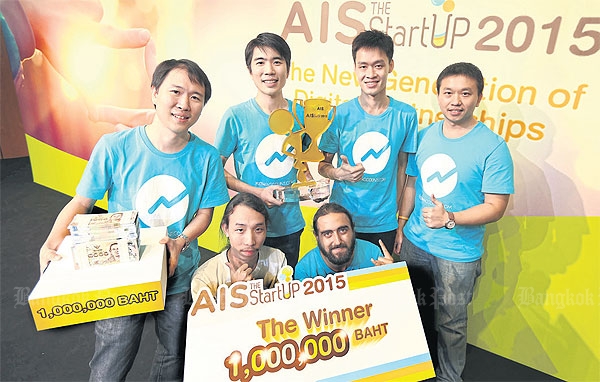 Maker Zoo is a start-up that uses a 3D printer to inspire people to create products.

Maker Zoo was founded with the objective of convincing people about 3D printing's accessibility. As the price of 3D printers has been coming down, it has attracted more users looking for ways to create products.

The target group of "makers" is anyone who wants to create an object. The 3D printer allows an infinite number of designs to be made. It is perfect for making prototypes of objects, before they are later mass produced. It is also perfect for creating one or a few copies of a particular item.

Maker Zoo focuses on providing knowledge, tools and skills in product development. The company is trying to raise awareness of "makers" in Thai society with activities including 3D printer workshops and social projects, such as making artificial limbs for people with disabilities.