The cabinet on Tuesday decided that ailing Thai Airways International Plc (THAI) must go through rehabilitation via the bankruptcy courts in a "difficult but necessary" decision that ushers in complex, make-or-break steps for the national carrier, according to Prime Minister Prayut Chan-o-cha.

Gen Prayut insisted the cabinet had opted out of throwing a financial lifeline to the airline because it must save the money for relief schemes needed to alleviate the Covid-19 crisis and reinvigorate the economy.

"Today I had to make a very difficult decision regarding THAI. But it is one that I know is in the best interests of the public and of our country," he said.

The government had three choices; find more money to keep the airline flying, let it go bankrupt, or let THAI be the subject of a bankruptcy court-approved rehab plan. "We've decided on the third option," the premier said. 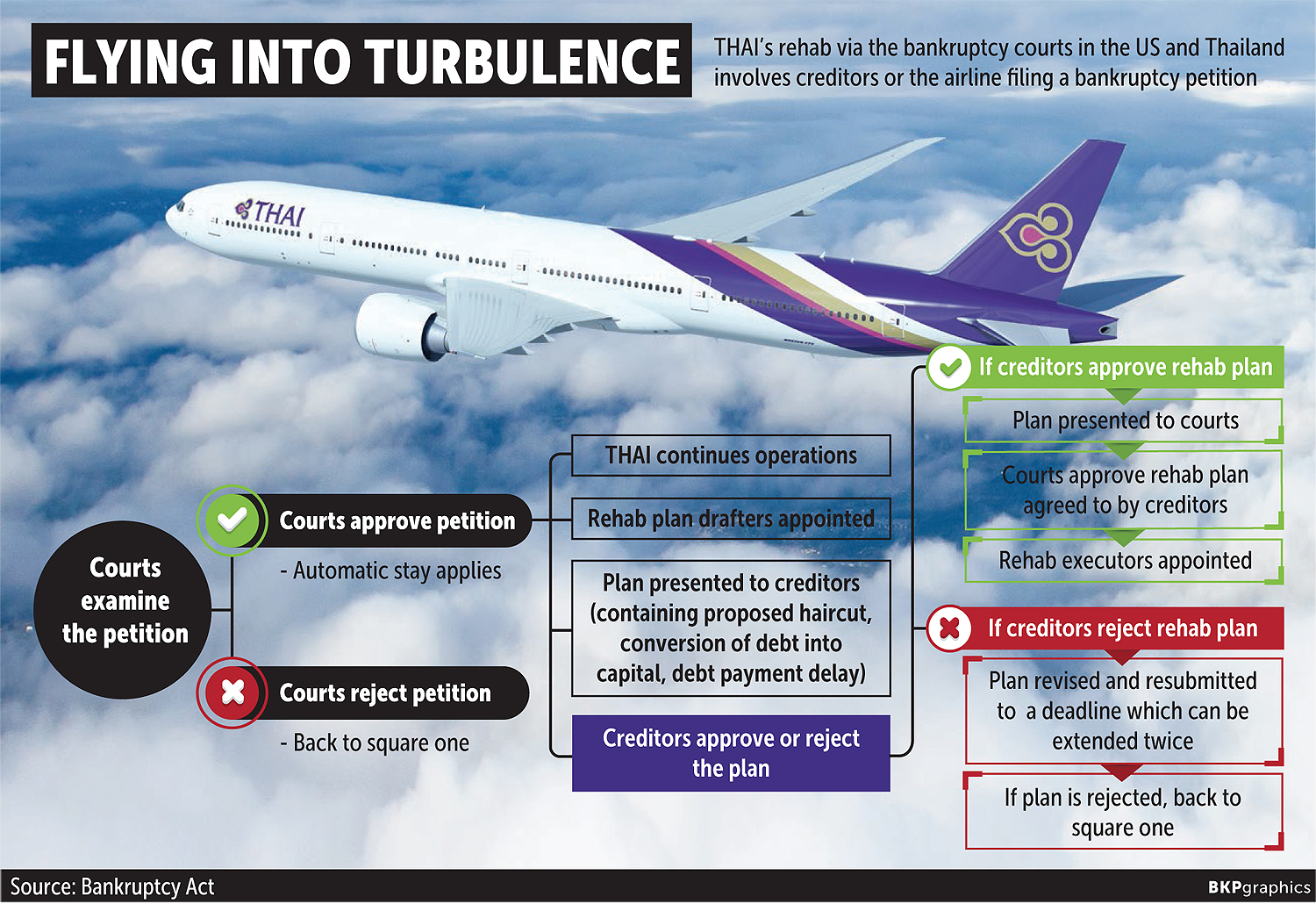 According to the Transport Ministry, the bankruptcy petition to trigger a rehab will be filed with courts both in Thailand and the US. Some 35% of the airline's creditors are based in the US.

Previous attempts at salvaging the airline were ineffective because of legal hindrances, particularly the Labour Act and the State Enterprises Act, criticised as having complicated efforts to reform the national carrier.

The court-dictated rehab, however, will involve reducing the Finance Ministry's majority stake in THAI and cost the airline its state enterprise status.

THAI should be allowed to continue operating to generate income so it can regain business strength, Gen Prayut said. 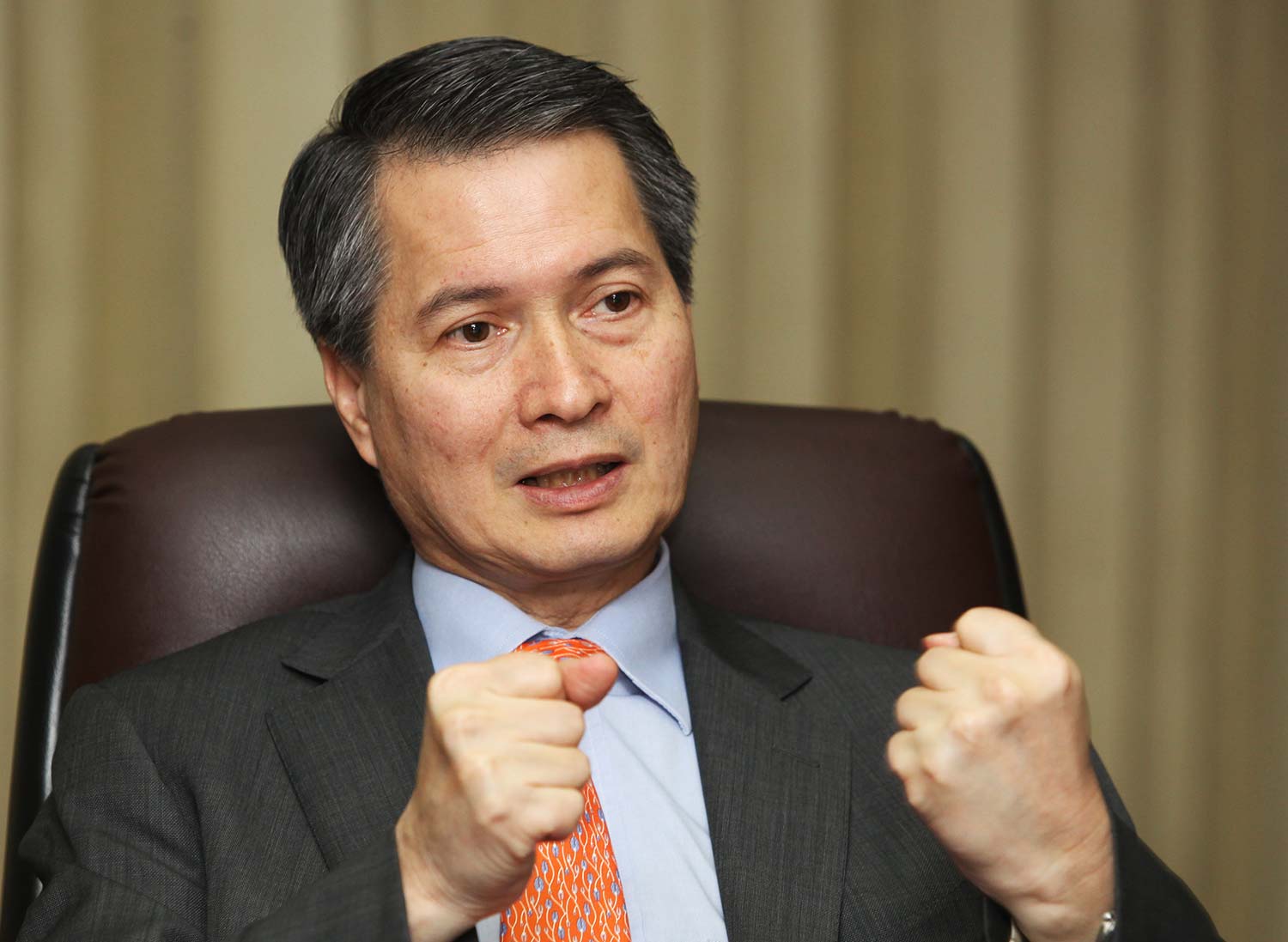 The cabinet's resolution on Tuesday effectively quashed an earlier rehab plan jointly designed by THAI and the State Enterprise Policy Committee (SEPC), which favoured the Finance Ministry acting as guarantor for a 54-billion-baht loan to prop up THAI and splitting the airline into separate commercial units with THAI functioning as a holding company.

Gen Prayut insisted the government has to be cautious with its spending given the huge Covid-19 relief loan it has taken out. He indicated any money earmarked for bailing out the airline would be better spent helping those affected by the pandemic.

"We need to think our spending through carefully now the pandemic has struck. It's for the survival of our citizens," he said.

The bankruptcy courts would appoint appoint professionals to execute THAI's rehab who would hopefully turn the airline around, Gen Prayut said, saying the national carrier has been a cultural ambassador for Thailand. 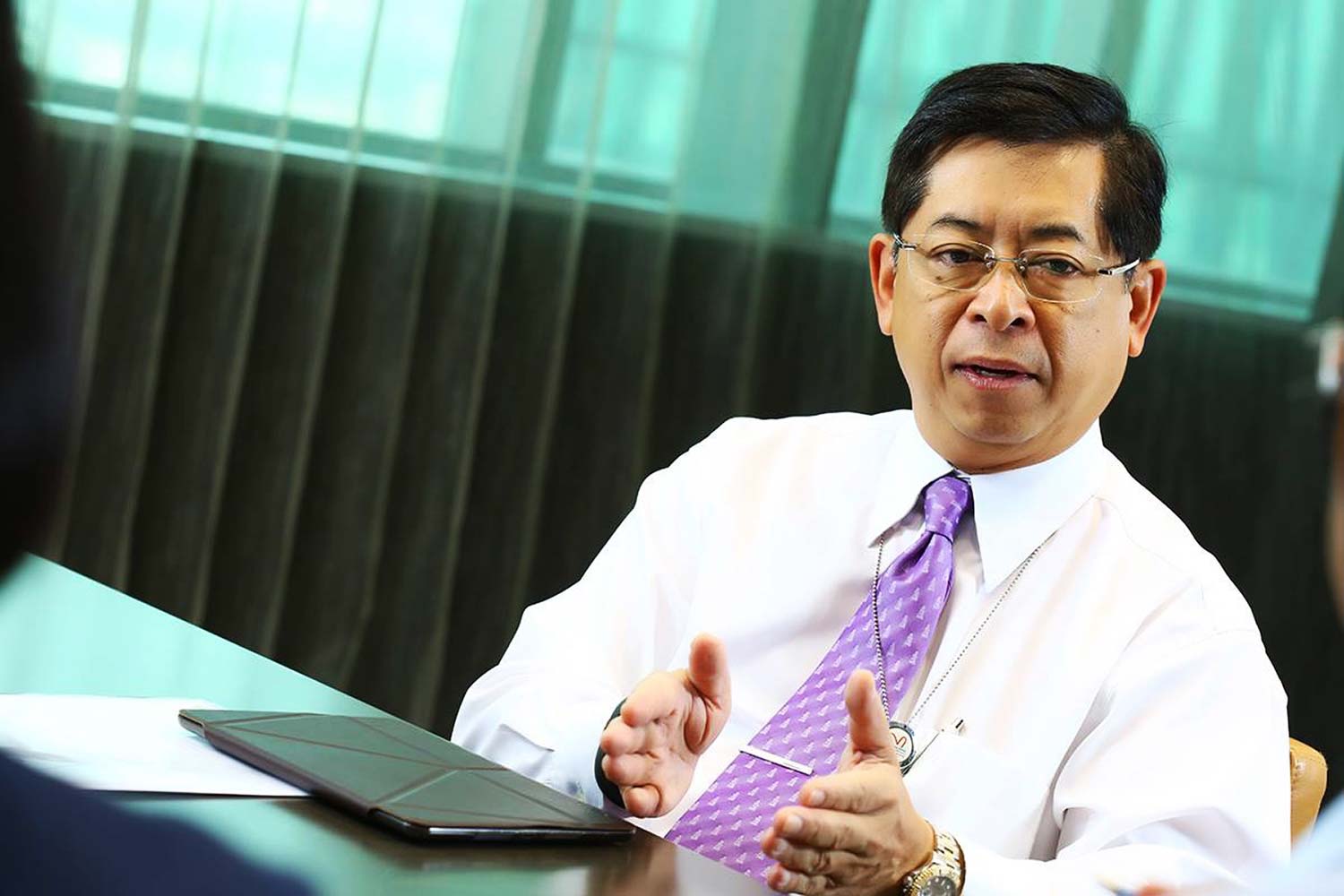 On Tuesday, Finance Minister Uttama Savanayana said the State Enterprise Policy Office will come up with a plan to bring the stake in THAI held by the ministry down from 51.03% to below 50%, which would end the airline's state enterprise status.

After the share sale by the ministry, all but three airline board members will resign. Those left behind will join three new board members, expected to be Tevin Wongwanich, president and chief executive of PTT Exploration and Production Plc; GSB president Chartchai Payuhanaveechai; and Charamporn Jotikasthira, a former THAI president. 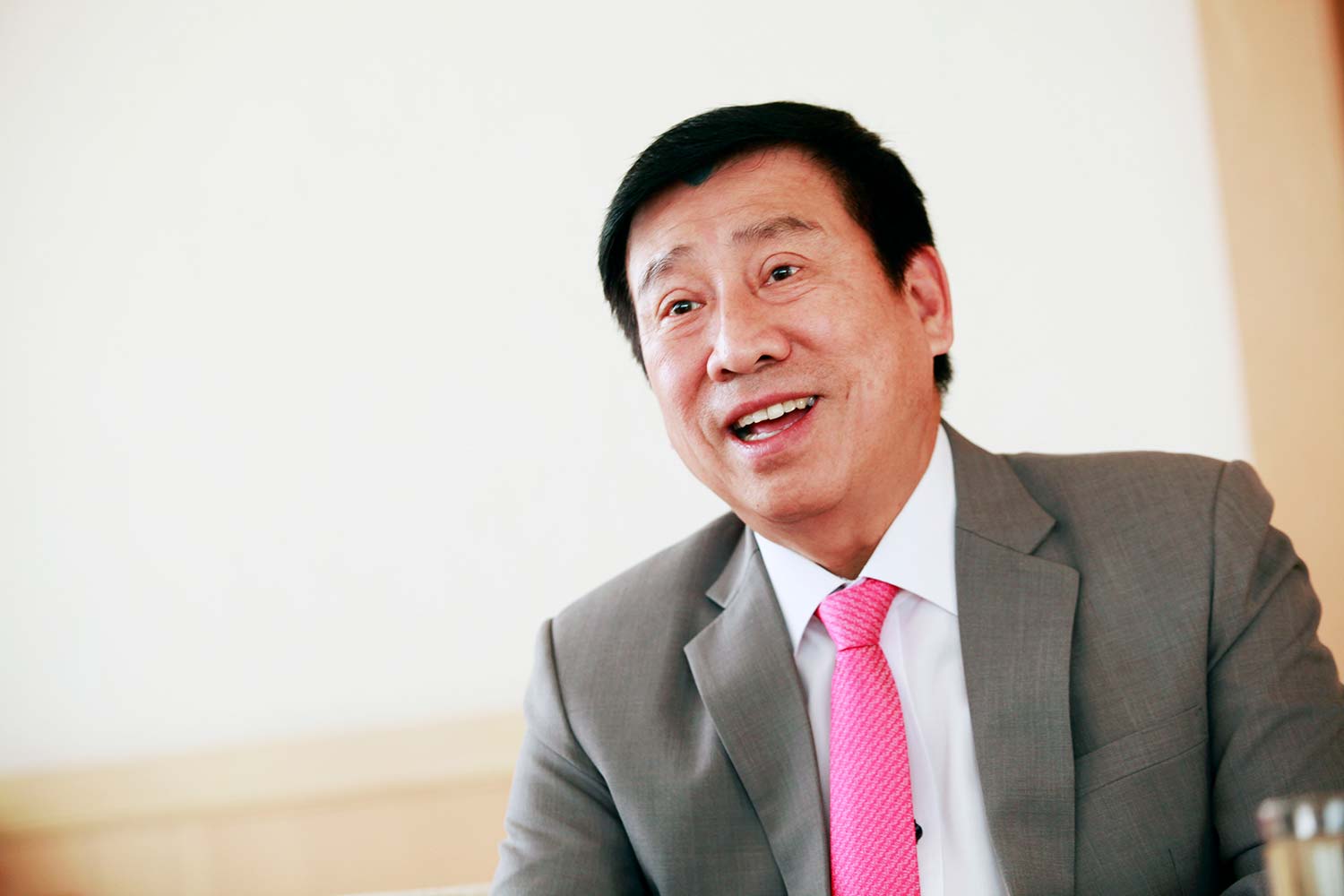