A tourist relaxes on a beach in Pattaya after the resort city reopens all beaches for visitors on Monday. (Photo by Wichan Charoenkiatpakul)

Pattaya beaches are now open to tourists, but the business community is sceptical that it will revive the tourism industry when other related businesses remain closed.

Ekkasit Ngamphichet, president of the Pattaya Business and Tourism Association, said entertainment venues, fun activities and nightlife are part of the tourism sector in Pattaya and he is unsure if visitors will be lured back when Pattaya is not "fully" open.

He said 45% of visitors to the resort town are Thais who usually spend a night or two at the weekend, adding hoteliers are in for hard times if they fail to attract Thai tourists, as it will be months before foreigners return.

Mr Ekkasit said a big push from the government is needed to boost the local tourism market, which is valued at 100 billion baht annually.

He said the 8 billion baht pledged by the Tourism Authority of Thailand to stimulate the sector is a drop in the bucket.

"We agree with the proposal that state agencies and local organisations arrange seminars and training in the provinces to boost local economies," said Mr Ekkasit.

He also called on the government to consider extending compensation payments to workers insured under the Social Security Act as business operators attempt to rebuild in the coming months.

"Foreign tourists aren't returning and the worst-case scenario is that they might not come back until next year. 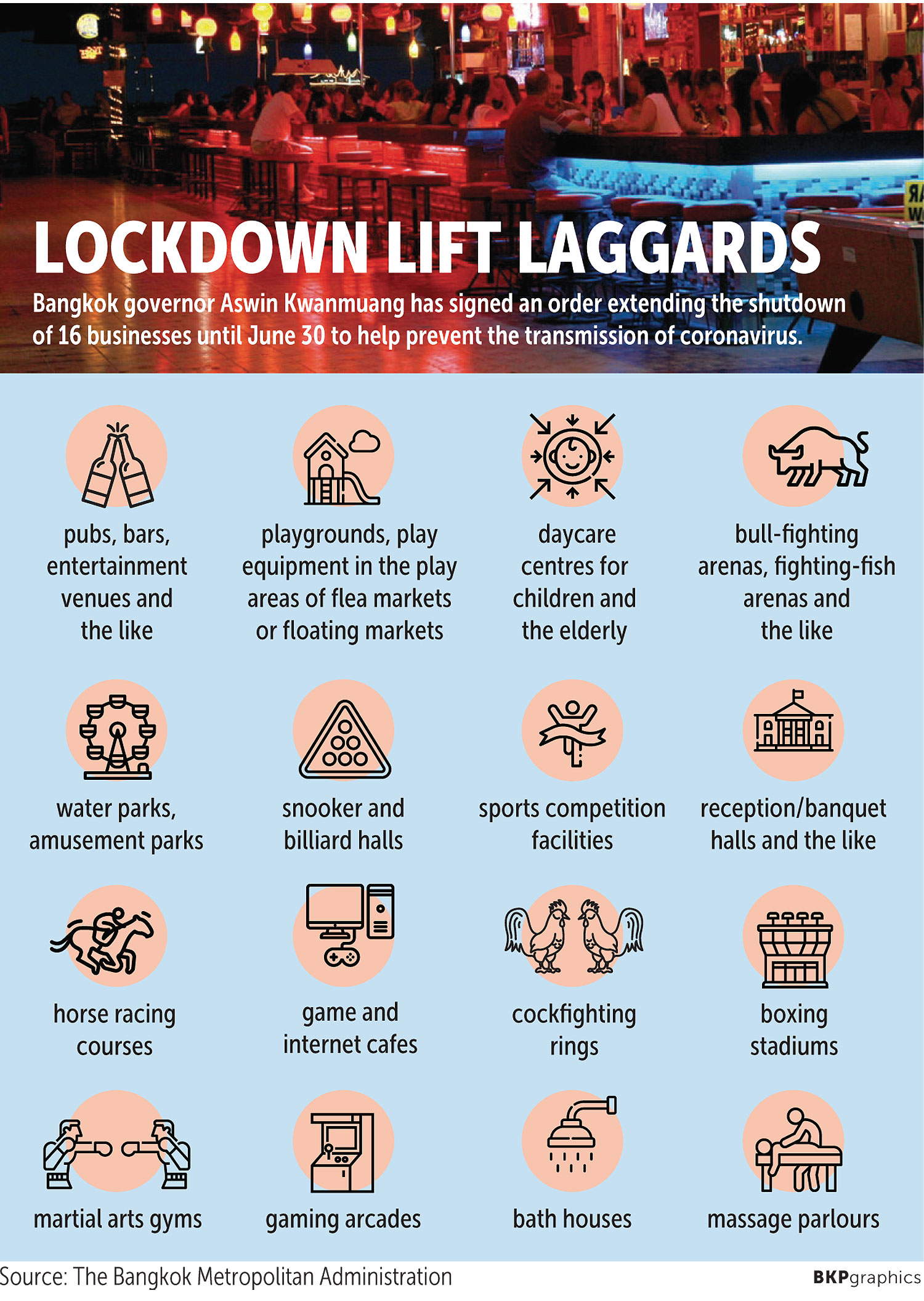 "As for Thai tourists, a few enjoy the sun and sand, but most prefer other entertainment activities. So opening the beaches is like putting up a sign telling people tourism in Pattaya is coming," he said.

A survey by the Bangkok Post along stretches of beaches in Pattaya found scant activity. Income-generating jet skis and banana boats had disappeared. With tourists mostly gone, the only visitors are Thais and long-stay foreigners or those who did not leave prior to the lockdown.

Meanwhile, Public Health Minister Anutin Charnvirakul on Monday promised to give a raise to health volunteers and set aside funds to buy medical equipment and supplies for community hospitals after an executive decree to finance post-Covid-19 schemes sailed through parliament.

Mr Anutin said he ordered the Public Health Ministry to grant a 500-baht monthly raise to health volunteers for six months from March to September to boost their morale, as they had played an active role in preventing the transmission of Covid-19.

He said the ministry was also instructed to set aside a budget of 200,000 baht for each community hospital to procure medical supplies and equipment.

Mr Anutin said local health officials and volunteers will be allowed to decide on the procurement plans that will best serve their communities. He added the funds will be drawn from the executive decree to borrow 1 trillion baht to fund the post-pandemic rehabilitation.