Udomsri Kachonklin, 40, cries near the Nan River in Muang district of Phichit on Tuesday as a person shows the picture of her son who went missing after jumping into the water to protest 14-day quarantine for returning from Bangkok. (Photo: Sitthipoj Kebui)

PHICHIT: A 19-year-old man dived into the Nan River and disappeared after his family wanted him to isolate himself at home following his return from Covid-plagued Bangkok.

Udomsri Kachonklin, 40, said in tears by the river in Muang district on Tuesday that her son Anuchit Imjai returned from Bangkok last Saturday so the family and local health volunteers asked him to stay home and isolate himself for 14 days.

Their house was by the Nan River near Wat Rat Chang Khwan in tambon Pak Thang of Muang district.

After two days in quarantine, Anuchit gave it up on Monday evening, saying he wanted to meet his friends, the mother said.

The family members tried to stop him from going out, leading to an argument, during which he complained no one loved him.

He then ran out towards the river while shouting he would commit suicide. Ms Udomsri said she ran after her son and managed to grab him but he shook her away.

As she tumbled, the son dived into the river as she helplessly watched, she said. Rescue workers were searching for him in the river. 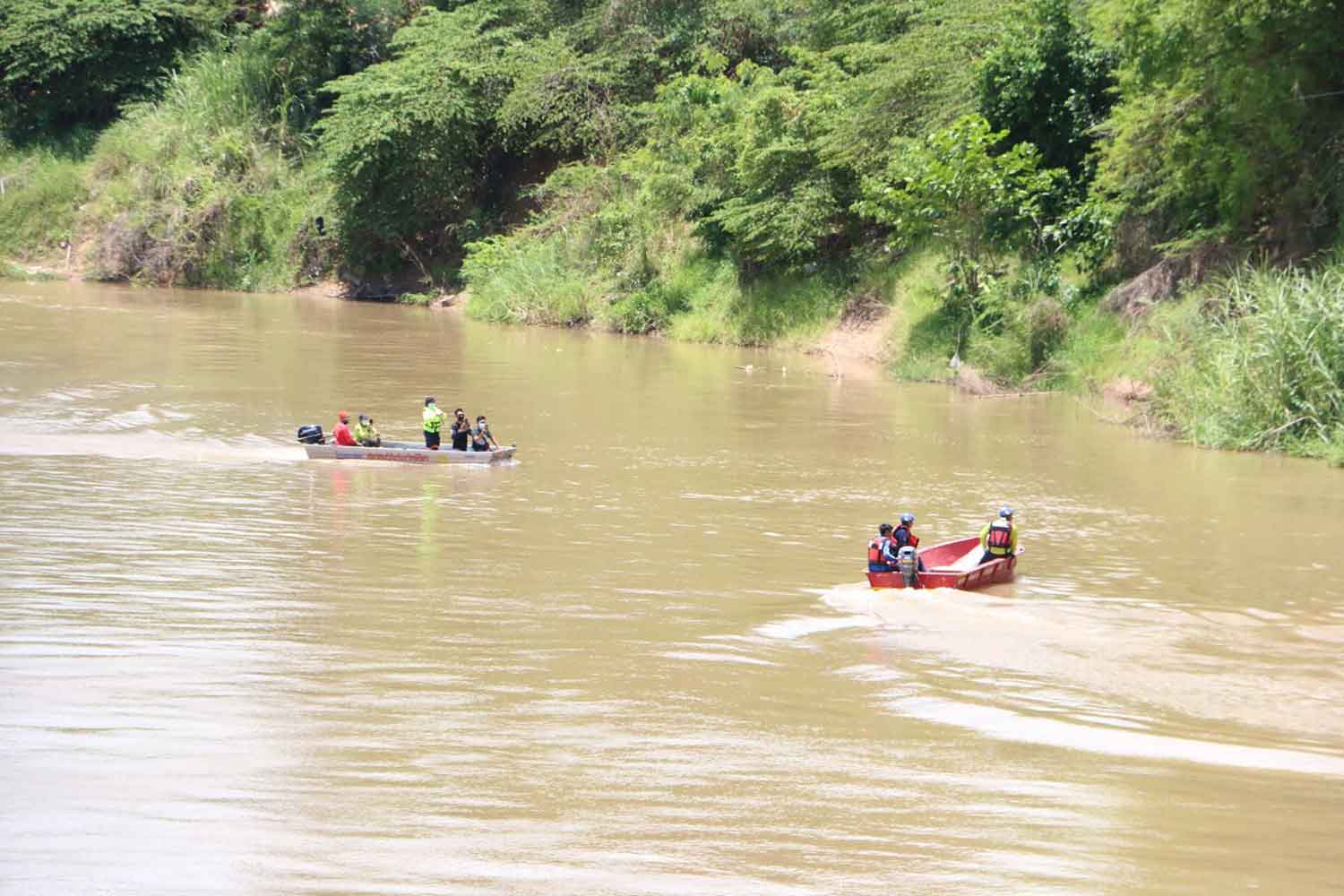 Rescue workers search for the man in the Nan River in Muang district of Phichit on Tuesday. (Photo: Sitthipoj Kebui)