People flocked to vaccination centres across the country on Monday as the government kicked off its long-delayed campaign to vaccinate the population against the novel coronarivus.

The new railway hub is one of many places outside hospitals and health offices designated as vaccination centres to avoid congestion and speed up the inoculation process in Bangkok.

Outside the capital, some shopping centres and sports faciliities have also been designated as vaccination centres for local residents. (continues below) 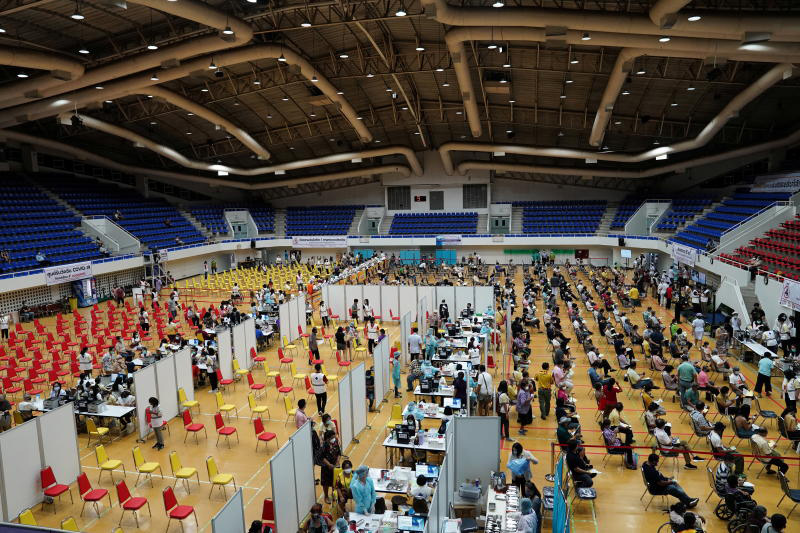 People queue to receive their first dose of AstraZeneca vaccine at a gymnasium on the Thammasat University Rangsit campus on Monday. (Photo: Reuters)

Bangkok's new transport centre was chosen as a symbolic place for the vaccination kickoff. Two types of vaccine are beng distributed - Sinovac from China and AstraZeneca produced in Thailand.

The government plans to vaccinate 50 million people, about 70% of entire population, by the end of this year to build herd immunity to Covid-19 disease. The vaccines each require two doses, with the first shots due to be completed by the end of September. (continues below) 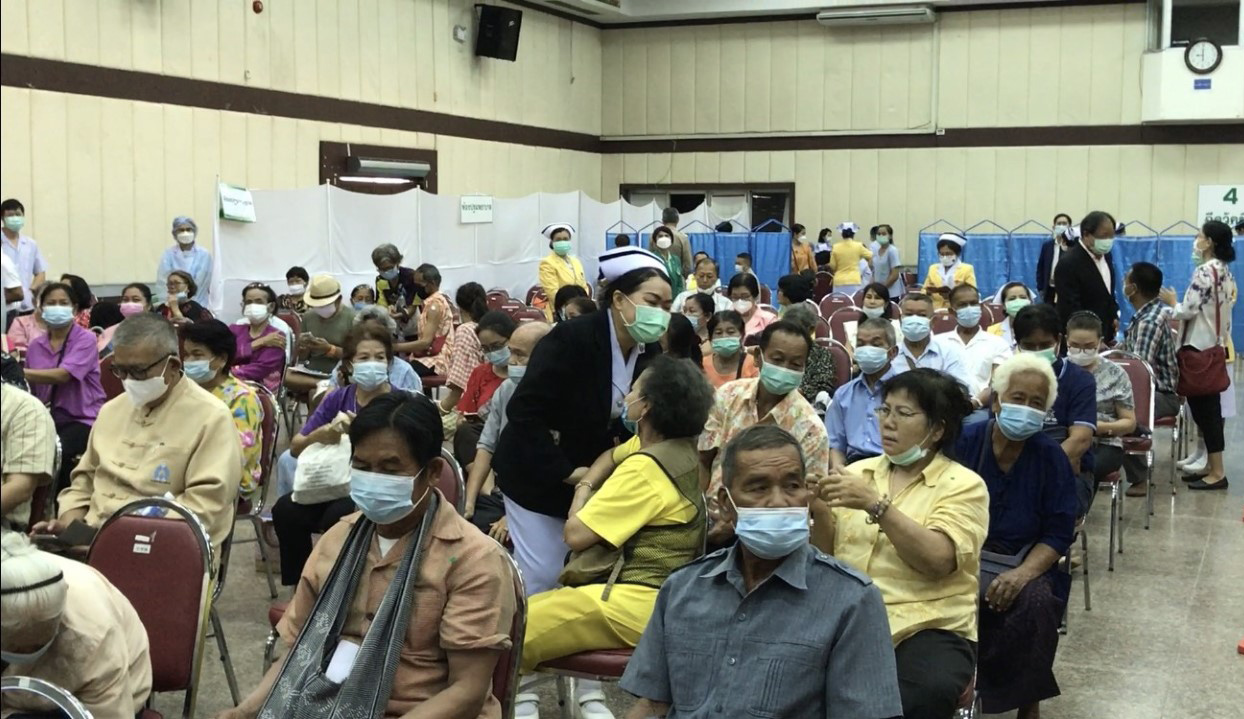 Residents of Muang district of Kalasin wait for their turn to be vaccinated at the provincial conference hall on Monday. (Photo: Yongyuth Phupuangphet

The vaccination campaign has not gone smoothly to date, with vaccine distribution initially focusing on areas in crisis and provinces hit hardest by the epidemic, meaning some provinces and hospitals received fewer doses than expected.

Nakhon Ratchasima governor Kobchai Boonorana said the province would probably receive fewer doses this month than the number of people registered for vaccination, but more would be supplied afterwards.

The prime minister said the number of people applying for inoculation exceeded the supply,  but more vaccine would be distributed.

Thailand has recorded 1,269 deaths and 179,886 infections since the epidemic reached its shores early last year.