There were 10,724 cases in the general population and 104 among prison inmates.

The number of deaths reported on Saturday -- 87 -- was below 100 for the first time since July 26. The trend continued in Sunday's announcement, with fatalities down to 77.

The Centre for Covid-19 Situation Administration (CCSA) on Sunday afternoon reported that Bangkok accounted for 20 fatalities while the remainder were distributed among 27 other provinces.

Although the number of new cases overall has dropped over the past two days, local infections in southern border provinces remained high, according to CCSA figures.

New cases in Yala have risen since last Tuesday, while new cases announced Sunday in neighbouring Narathiwat and Pattani were also high at 442 and 412, respectively.

The Public Health Ministry on Thursday expressed concern over the situation in the southernmost provinces.

Suthep Phetmak, inspector-general attached to public health zone 12, said large gatherings and a low vaccination rate were to blame for the spread of Covid in the region. 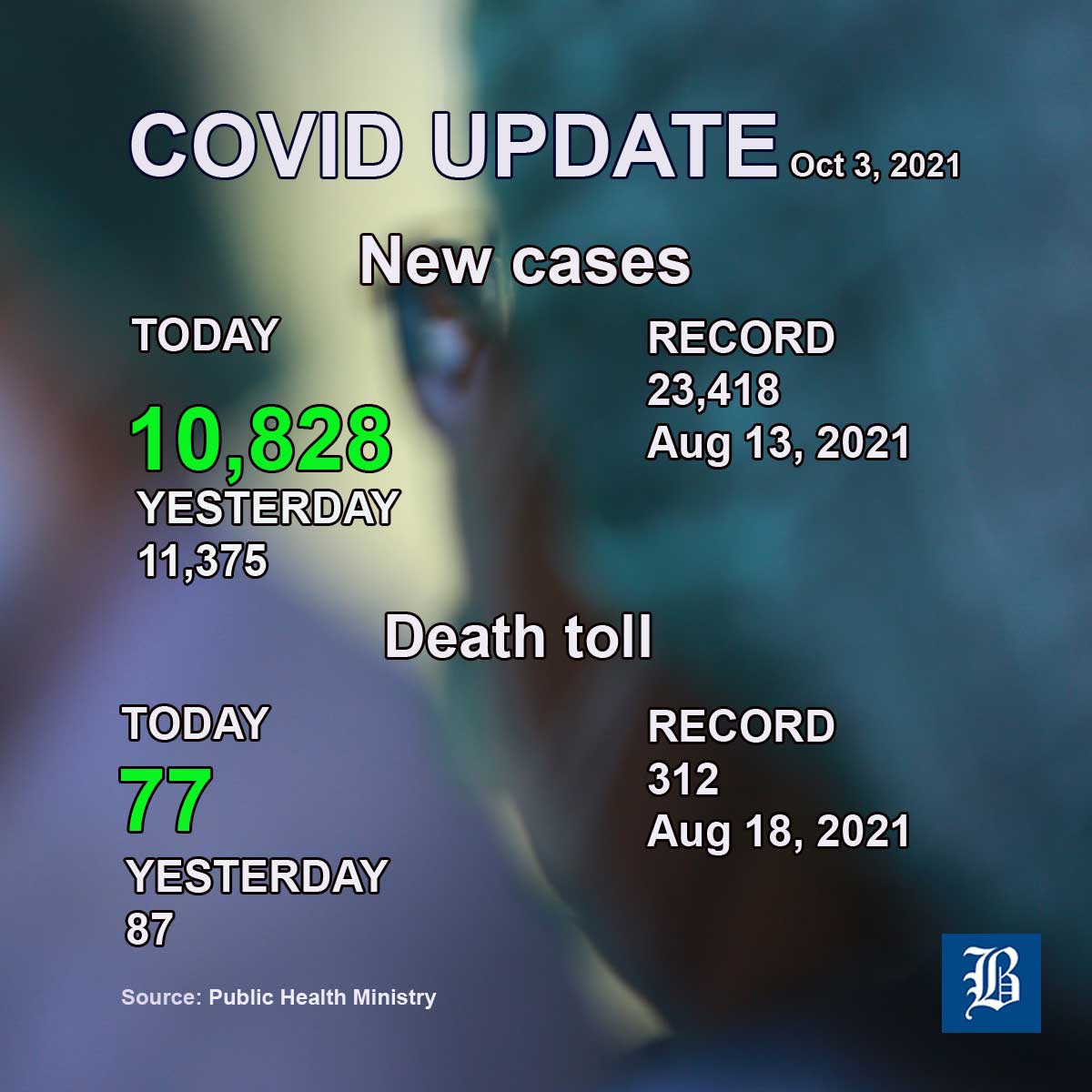 The country also imported 14 cases from five countries: eight from Cambodia and one each from Myanmar, Malaysia, Italy, the United States, France and Qatar.

On Saturday, 112,251 people received Covid-19 treatment at hospitals, including 3,074 seriously ill patients and 712 dependent on ventilators.

On Saturday, 11,894 Covid-19 patients were discharged from hospitals after recovering from the coronavirus.

The death toll stood at 16,920 during the third wave and 17,014 since the beginning of the pandemic. 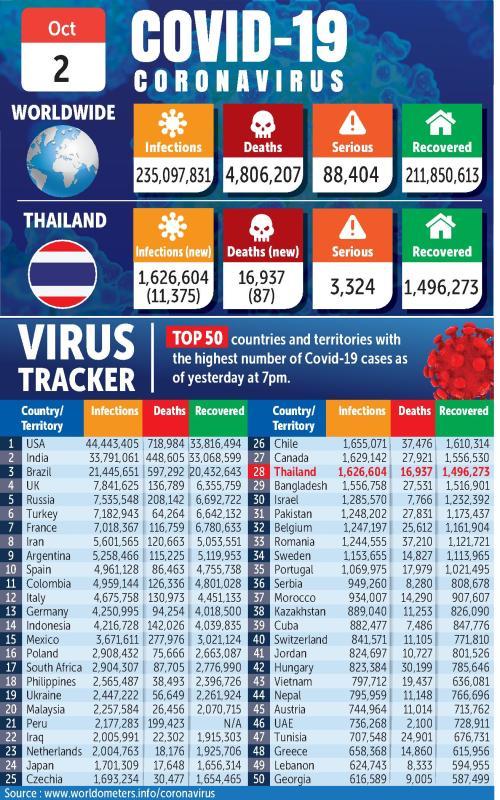