This compared with the 15 coronavirus-related fatalities and 1,801 new cases reported on Monday morning.

An additional 2,006 positive results from antigen tests were compiled over the previous 24 hours. This would raise the total to 3,839.

Of those in hospital, 656 were seriously ill patients with lung inflammation (down from 661) and 329 dependent on ventilators (unchanged).

Only one of the new cases was an arrival from abroad. The other 1,832 infections were transmitted inside Thai borders - 1,830 in the general population and two among prison inmates. 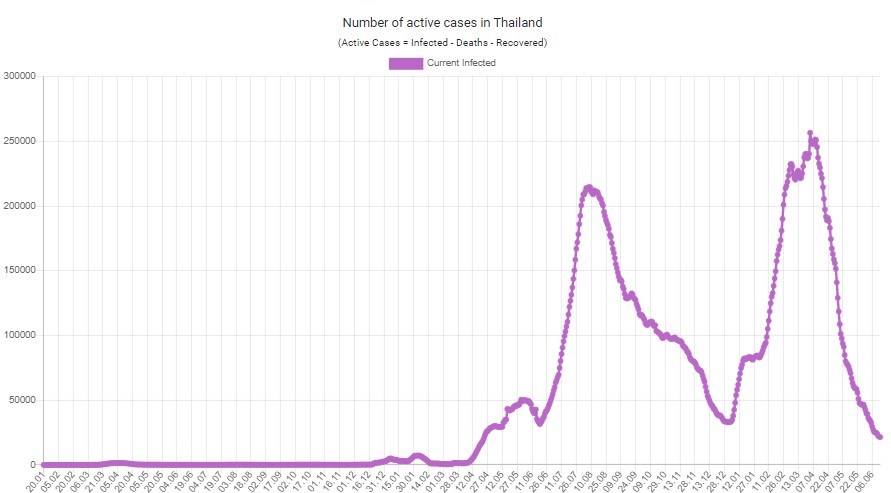 Bangkok logged one new death and there was not a new fatality in its adjacent provinces.

Other central plains provinces further from the capital had seven new deaths - two in Rayong and one each in Chanthaburi, Nakhon Nayok, Prachin Buri, Suphan Buri and Phetchaburi.

The North reported two deaths in Kamphaeng Phet and Phitsanulok.

The Northeast saw seven new fatalities - two each in Nakhon Ratchasima, Yasothon and Chaiyaphum and one in Khon Kaen.

The South had two new deaths in Nakhon Si Thammarat and Chumphon.

The accumulated death toll stood at 30,368 since the beginning of the pandemic, including 8,670 so far this year. 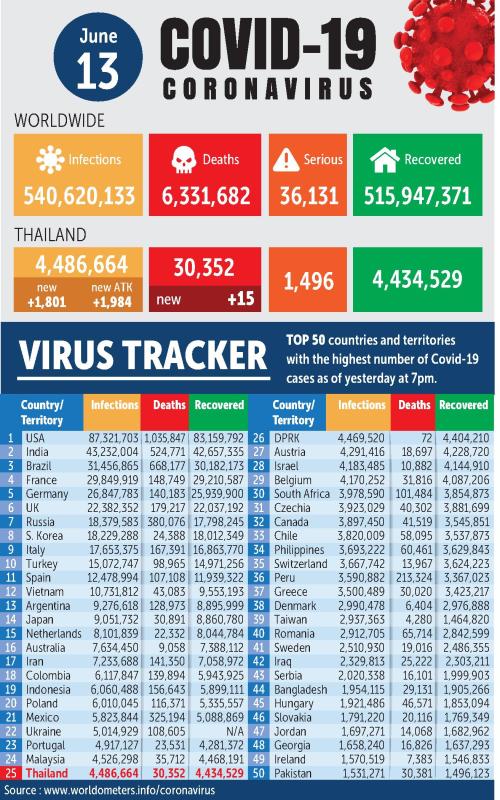