The doctor who performed buttock augmentation surgery on a 24-year-old British woman, resulting in her death, has been charged with negligence. 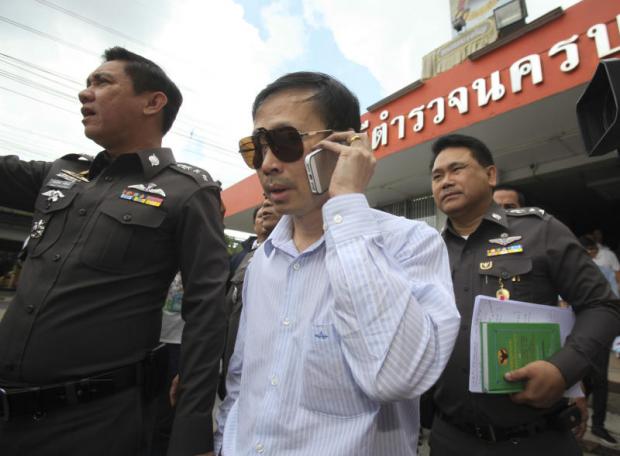 His SP Clinic, which is located on Soi Lat Phrao of Huai Khwang district, was shut down for 60 days.

Police said they charged Sompob Sansiri with negligence leading to the death of Joy Noah Williams.

The doctor performed surgery on Williams on Oct 14, police said.

She returned to the clinic for treatment on Thursday, suffering from bleeding from the area and requested that Dr Sompob remove the buttock implants.

Police said the doctor had administered anaesthetic injections to Williams to sedate her before removing the silicone, but she failed to regain consciousness after the surgery. 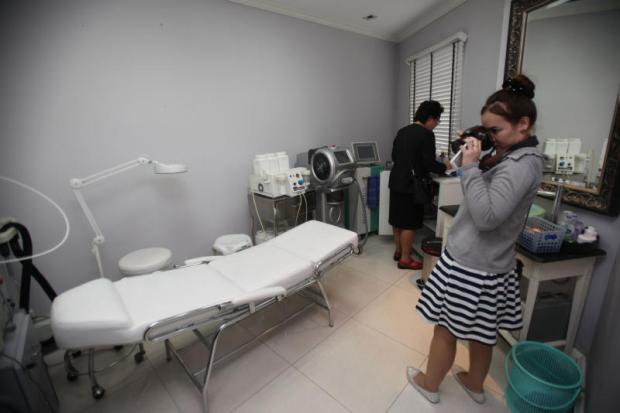 A Department of Health Service Support official takes a photo in an operating room of the SP Clinic in Huai Khwang district yesterday. A British woman died after undergoing cosmetic surgery in the facility on Thursday night. Pattarapong Chatpattarasill

Dr Boonruang Triruangworawat, director-general of the Department of Health Service Support, said the clinic possessed a proper licence; however, Dr Sompop, a GP, was not qualified to perform surgery.

If found guilty, Dr Sompob could face up to three years in prison and a fine of 60,000 baht.

Surgeon Narongdej Jiarapeepan, who allowed Dr Sompob to perform the surgery on his behalf, could also face a one-year jail term and/or a fine of up to 20,000 baht, Dr Boonruang said.

The two doctors will be investigated by the Medical Council of Thailand to see whether they breached professional ethics.

The death of Williams was reported to Phahon Yothin Police Station at 11.30pm on Thursday. She was found dead on a bed on the first floor of the four-storey shophouse, where the clinic is located.

Williams had a three-inch long mark from an incision on her hip.

She came back to get some problems corrected and died while receiving an intravenous anaesthetic injection.

Doctors and other witnesses at the scene will be questioned, he said.

Pol Maj Gen Ittipol said forensic experts will find out from an autopsy whether Williams died from the anaesthetic as Dr Sompob alleged, or if there was evidence of another cause.

"The clinic had been running for more than 10 years and the incident was unprecedented," Pol Maj Gen Ittipol said.

Authorities have informed the British embassy of Williams' death, he said.

Police said they have also searched the woman's apartment on Soi Lat Phrao 130 to find out whether she was living with anyone.

"Police will also examine the clinic to find out if life-saving equipment was accessible, in line with international standards," Pol Maj Gen Ittipol said.

To use this type of sleep medicine, the hospital should have life-saving equipment in place, he said.

Meanwhile, officials at the Institute of Forensic Medicine said an initial autopsy revealed the woman died of respiratory and circulatory system failure.

The formal results of the autopsy would be revealed next week, the officials said.

Williams' death came a month after 30-year-old TV commercial presenter Maythayar Mawong died after plastic surgery on her face at a clinic in Samut Prakan.

Dr Sampan said Maythayar died after receiving anaesthetic, and an investigation into the medical ethics of the procedure is  under way.