Hundreds of students join the flash rally at Kasetsart University on Monday. (Twitter@TapVanutchaporn)

Pro-democracy students at more universities have turned to campus flash rallies to express their frustration at what they perceive as inequality and injustice.

The gatherings came after the Constitutional Court dissolved the Future Forward Party over an "irregular" loan. The anti-establishment party won 6.3 million votes in the last election and was highly popular with young voters. Its banned leaders have vowed to continue their campaign outside Parliament for the reforms that Future Forward espouses.

On Wednesday, students at Walailak University and Thammasat Lampang campus will follow suit.

Each of these activities has its own colourful hashtag to facilitate online sharing.

The string of activities followed Saturday’s event where 500 students and people joined a rally at Thammasat University.

At Chulalongkorn on Monday, students led by those from the Faculty of Arts, gathered on campus at 5pm. They took turns taking the stage.

"Who are we?" a speaker shouted. "We're the people," others chanted.

After that, they lit 88 candles — the number of years Thailand has become a democratic country — and sang pro-democracy songs Saeng Dao Hang Sattha by Jit Pumisak, a young leftist scholar who was killed in 1966, and Do You Hear the People Sing? from Les Miserables.

At Kasetsart University about the same time on Monday, a large group of students and people gathered to issue a statement.

In it, they complained about the loss of freedom and about the injustice over the past five years, as well as the appointments by the junta of its cronies to key positions, which they described as its legacy.

"People are the owners of the country. Kasetsart is their tax."

After the March 24, 2019 election, democracy remains unstable, the statement read. "Two parties were dissolved while those allied to the National Council for Peace and Order have never been prosecuted. The dignity of people continued to be undermined by arrests and efforts to muffle dissent.

Under this "structural violence", they urged freedom of political expression.

They also wanted the rewriting of the constitution by an elected body to give 100% of power to the people, a public hearing on the draft and a referendum to endorse it.

For victims of breaches on rights and freedom, they urged compensation and an end to legal action against them. As well, the legacy of the coup should be scrapped by revoking all NCPO orders and announcements that infringe on individual rights.

They also pledged to join students from other universities when the time was right. 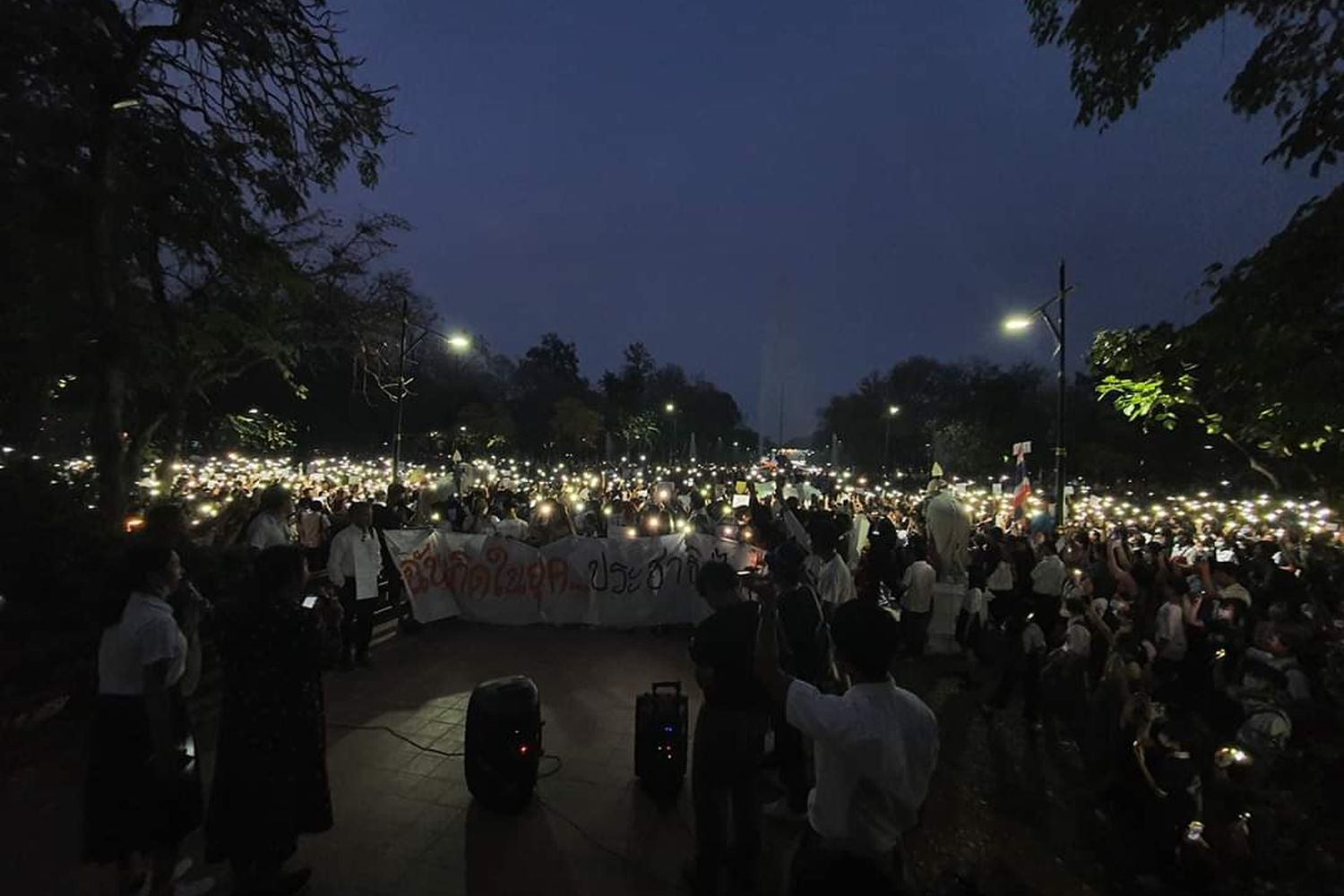