Too much of a good thing
Travel

Too much of a good thing

published : 16 Dec 2018 at 04:00
newspaper section: B Magazine
writer: Suthon Sukphisit
Tha Kha Floating Market was once full of boats. But after it was rescheduled to weekends, there are a lot less boats. (Photo by Suthon Sukphisit)

This is such a lost idea. Tourists come to Or Tor Kor Market because they want to shop for goods. If they really want to see a floating market, why don't they go straight to a famous one like Damnoen Saduak Floating Market -- a real must for those who wish to enjoy another kind of experience?

Floating markets and flea markets are pretty much the same thing. Back in the old days, Thais lived by waterways. Our lives relied so much on water. We commuted by boat, caught seafood in rivers and canals as well as lived on the water such as those living on rafts.

In those days, there were two kinds of markets. The first one was on land and would be set up at a predesignated time. People would travel by boat to the designated spot and sell their stuff on land as well as buying things they needed.

Floating markets were the second type of market. They were also set up at an agreed-upon date and time. People paddled to the floating market, sold and bought stuff there.

Over 70 years ago, Wat Sai Floating Market in Klong Bang Khunthian was most famous. It was the first floating market known to foreigners. The floating market could only be reached by boat. In the past, Bang Khunthian was full of orchards and water forests. Houses were built along the riverside. Later, the neighbourhood faced lots of changes. People's ways of living and careers changed. Waterways were replaced by roads that marked the end of the Wat Sai Floating Market.

Another well-known floating market was further away in Samut Songkhram and in the Damnoen Saduak area of Ratchaburi province. These neighbourhoods were Thailand's largest farming areas where people grew a variety of plants including chilli, pomelo, coconut and other types of fruits and garden vegetables.

The floating market in Klong Amphawa of Samut Songkhram was once a community where merchant boats gathered to trade. While the local residents of Amphawa sold fruits and garden vegetables, there were also boats from other areas such as those from Phetchaburi selling salt, salted fish and mangrove charcoal to local farmers. There were also boats selling rice, handicrafts and farming tools, clothes, meat and stewed duck, which looked like mobile grocery stores selling every household item. Noodles, curries and sweets also were available for sale on boats. 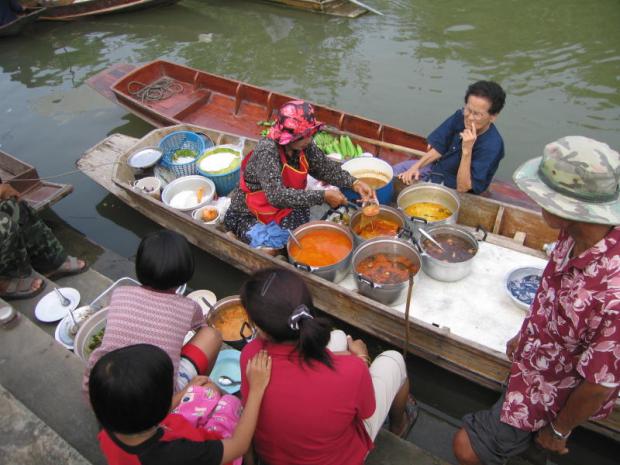 The idea of gearing floating markets more towards tourists spread to other tourist cities like Sukhothai and Hua Hin. People invested in digging a very large pond and turning it into a floating market. Ayutthaya is full of such places. Even elephant camps have been transformed into floating markets. Merchant boats are set up with sellers being asked to wear mo hom (traditional indigo dyeing) shirts and farmer's hats as if they were staging an outdoor theatrical show.

These are all fake floating markets and when there are too many of them, they start to disappear. After all, they are businesses run by private investors. When they lose money, they close up shop.

The floating market inside Or Tor Kor Market will be in Klong Bang Sue, which is one of Bangkok's nastiest waterways. The way the market is going to be organised is similar to all other fake ones -- with boats being set up and people paddling around. Walkways will have to be built so that tourists can stroll along and buy stuff. So let us wait and see what will happen when CNN promotes Or Tor Kor again now with a fake floating market for tourists to explore. 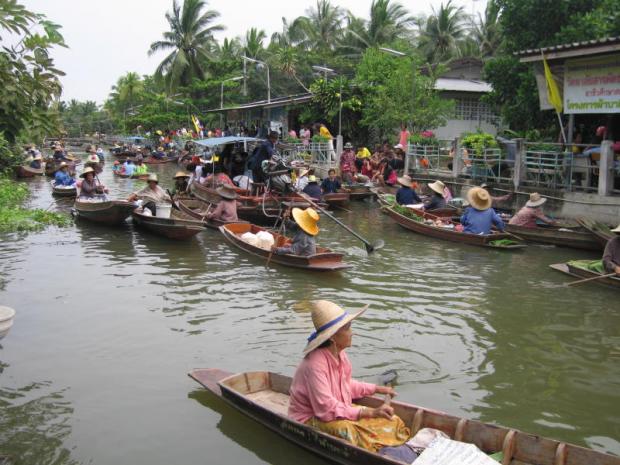 Tha Kha Floating Market was once full of boats. But after it was rescheduled to weekends, there are a lot less boats. Suthon Sukphisit 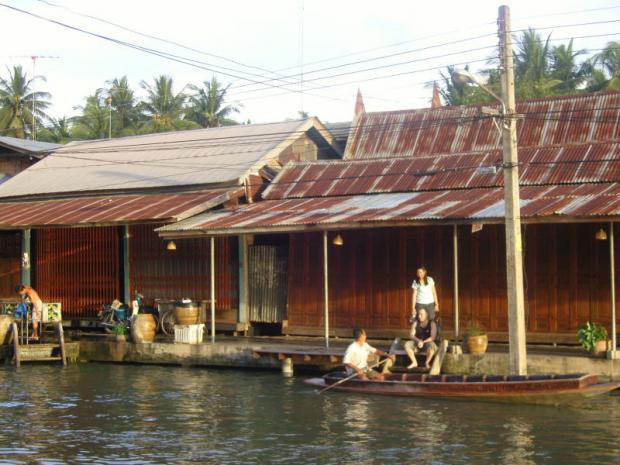