From royal roots to a modern city
Travel

From royal roots to a modern city

The five-day event has a diverse programme of cultural performances in different fields, exhibitions, workshops, movie screenings and other fun activities, allowing both the old and young generations to come together and celebrate Thailand's long history and beautiful cultural heritage together.

As part of Walking BKK campaign, the Tourism Authority of Thailand (TAT) has joined the celebration by creating a unique walking tour that allows visitors to discover hidden gems and go back in time to the beginning of the Rattanakosin era and see how Bangkok has evolved into a modern metropolis.

In 1782, King Rama I moved the capital from Krung Thon Buri to the east bank of the Chao Phraya River and formed the Rattanakosin kingdom after recognising that Thon Buri was near a river bend, causing water erosion to its land.

A move seemed to be the best approach to tackle the problem. A network of canals was constructed to broaden the town, circumvent large river loops and shorten marine trade routes, and in the process transform it into the "Venice of the East".

Just a few steps away from Sanam Chai MRT station, visitors can wander down Klong Khu Mueang Doem and imagine a scene when people still utilised it as a key mode of transportation in Phra Nakhon while crossing the historical Charoenrat 31 Bridge to Pak Klong Talat.

King Vajiravudh built this bridge for public use to commemorate his 31st birthday and the Fine Arts Department classified it as a national heritage monument in 1975. The white bridge is made of concrete and embellished with sculptures of tigers pouncing on swords. Tigers are also associated with the Wild Tiger Corps established by King Rama VI in 1911. 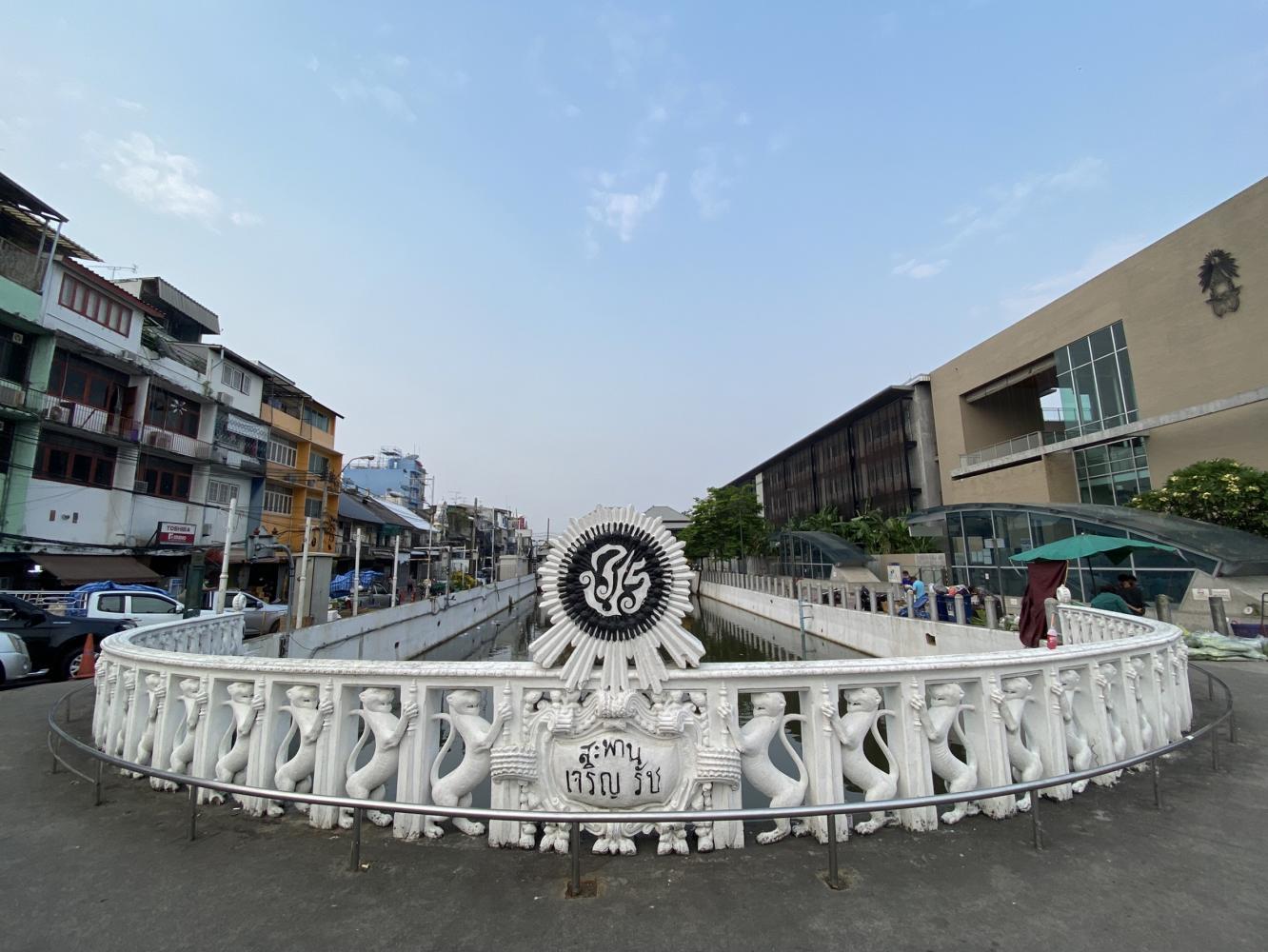 "In the past, monarchs and royal families would celebrate their birthdays by donating money or lands to build public services such as roadways and bridges. The Charoenrat 31 Bridge is the first public bridge erected under the reign of King Rama VI," said special guide Thanat Bhumarush from the tourism division of the Bangkok Metropolitan Administration.

Standing between Chakkraphet and Maharat roads, Pak Klong Talat was formerly a large fish market for fishermen and traders from the small town of Mae Klong in Samut Songkhram, before expanding to include a flower and vegetable market, making it a bustling commercial hub from the Ayutthaya to the early Rattanakosin periods.

In 1967, the fish market was relocated to Yannawa district and Pak Klong Talat has since become one of the world's best flower markets. 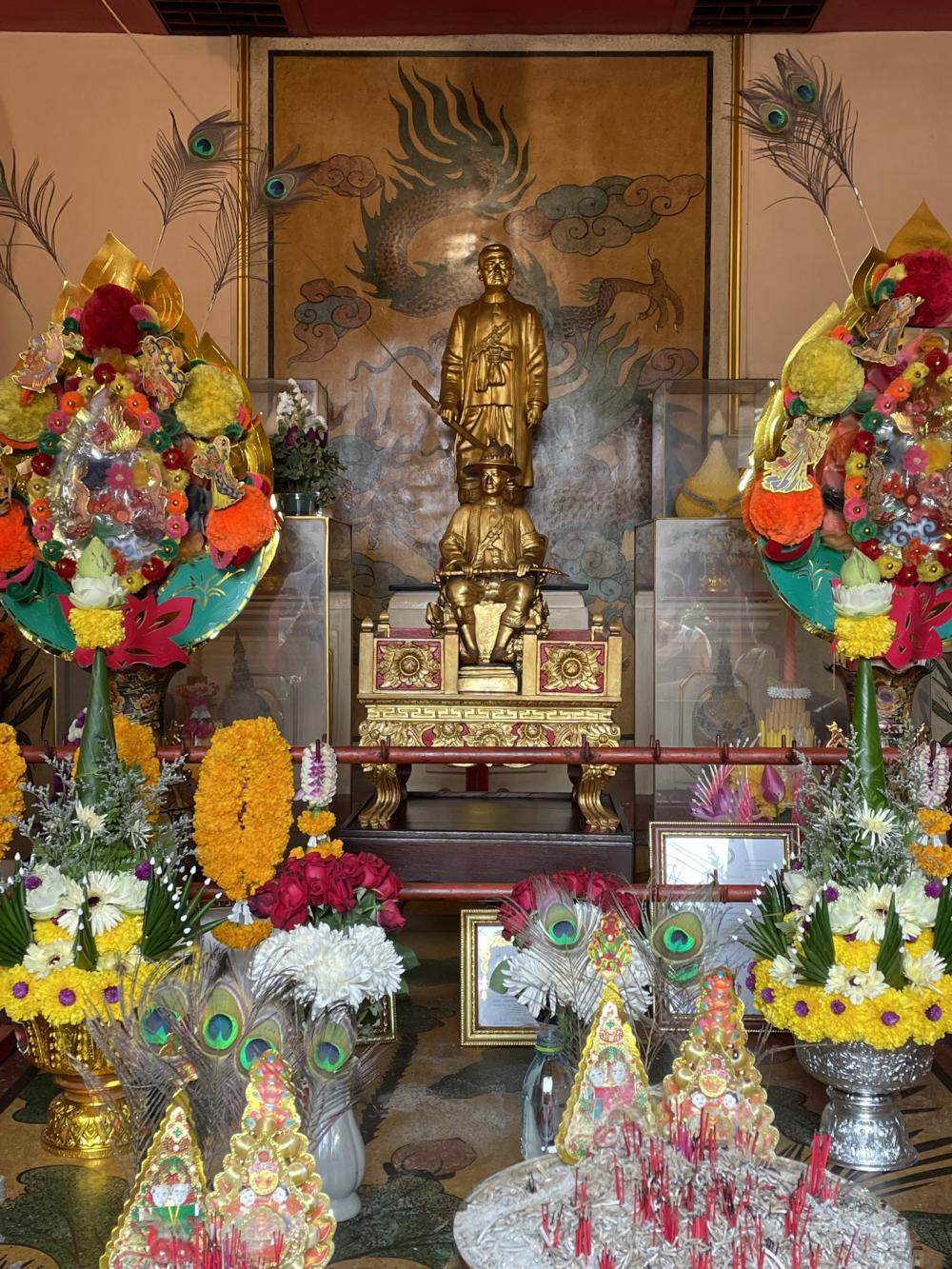 Here, visitors will come across the old Phra Buddha Yodfa Shrine at the end of the market after weaving through the dense grove of flower and vegetable stalls. A group of local vendors donated money to build a teak Thai-style shrine as a tribute to King Rama I over 60 years ago and it has undergone several renovations.

A timeworn swivel gun is mounted at the entrance because this location was originally a busy junk port and was located below the city's walls. Inside, the walls are covered with murals in a mixture of Thai- and Chinese-style arts depicting Buddha's life, a dragon and auspicious flowers. People gather here to pray for prosperity in business and protection.

Even though the summer heat is rising and the sky is likely to be shrouded in PM2.5 dust, Memorial Bridge (also known as Saphan Phut) is still a wonderful vantage point for a panoramic view of the Chao Phraya River and the surrounding neighbourhoods. It's a short distance from the flower market.

This green bridge was built to commemorate the 150th anniversary of Phra Nakhon during the reign of King Rama VII and established a link between the west and east banks. Dorman Long & Co, a major steel manufacturer at the time, was in charge of the design and all materials were imported from England.

The bridge was built with a modern double-leaf bascule-type lifting mechanism to allow warships and other large vessels to travel on the Chao Phraya River to the Royal Thai Navy Dockyard. The bridge was renovated in 1986 and permanently welded to seal a joint after the dockyard moved to Samut Prakan. 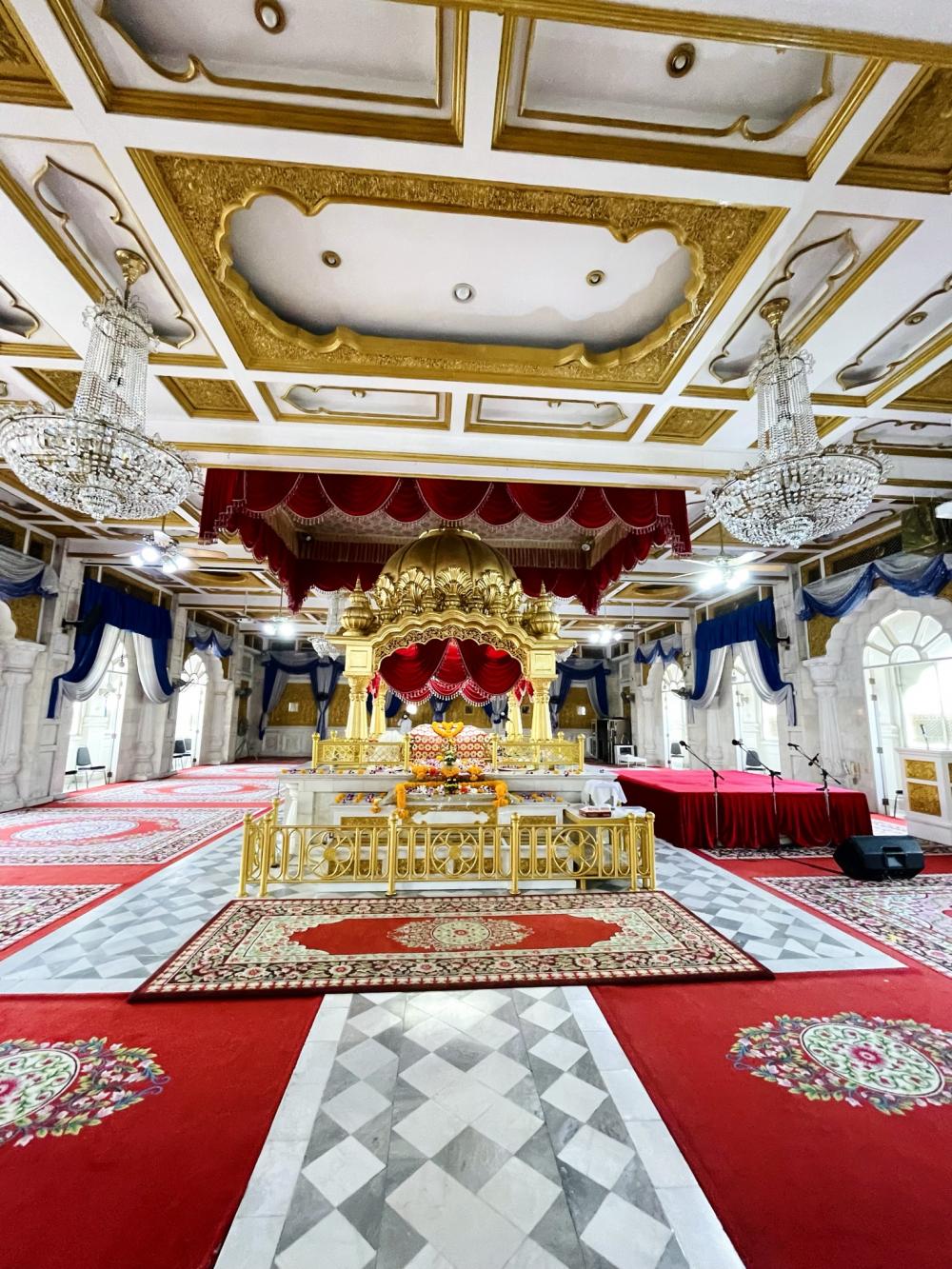 Its main hall was formerly decorated with beautiful murals by royal painter Khrua In Khong, but the temple was devastated by a bomb during World War II as it was a significant strategic point for Japanese troops. The huge stupa built during the reign of King Rama III is the only structure that survived.

All structures were rebuilt in 1967 in deco style and later King Bhumibol Adulyadej gave it a Sukhothai-style statue of Buddha Maharaj, which was created to honour King Rama I. Placed in the middle of the ubosot, it sits in a moveable throne-like arch frame with sculptures of angels carrying five-tiered umbrellas that provide a three-dimensional view.

The wood windows and doors are carved to illustrate the 10 lives of the Buddha, while the gables house sculptures of Indra and Brahma riding the elephant Erawan and a swan. The temple also has a columbarium, where Japanese descendants can pay respects to their ancestors in accordance with Zen beliefs. 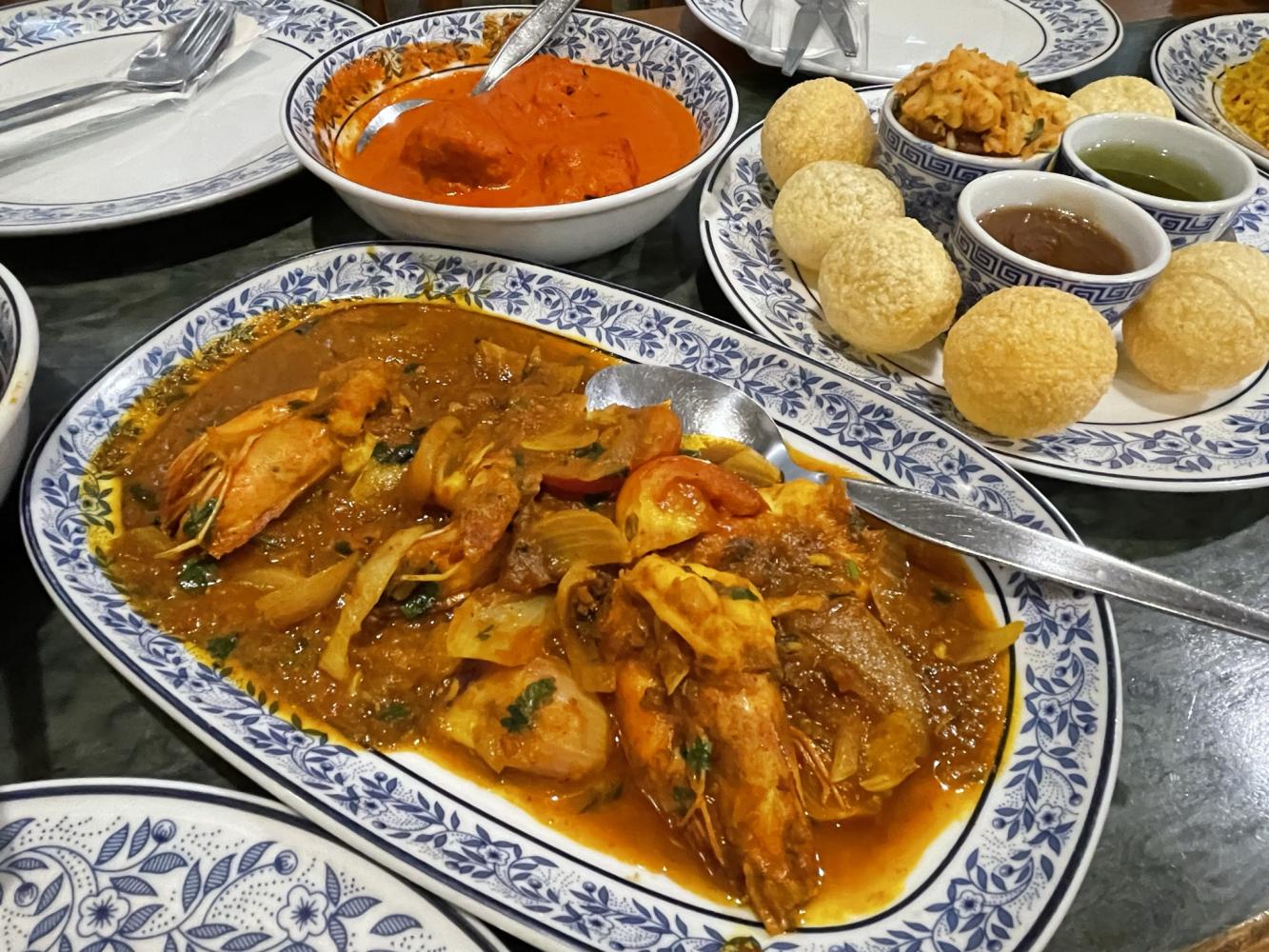 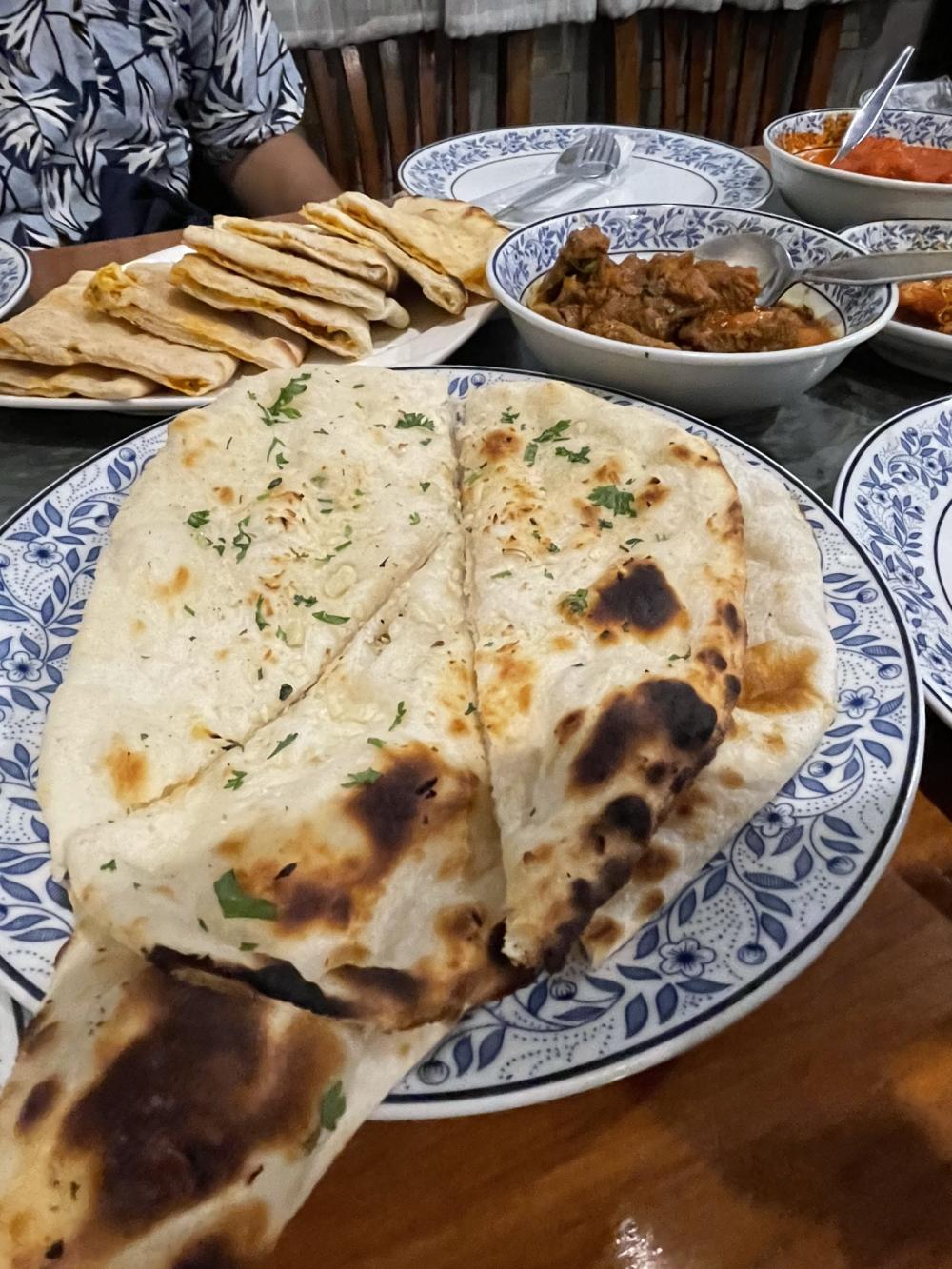 Leaving the temple, you can continue along Chakkraphet Road to Chao Mae Tubtim Shrine, which is about 350m away. It was relocated to the current site in 1955 and now houses a century-old statue of Mazu (the sea goddess) from Guangdong as well as a pair of guardian generals, Shunfeng Er who can hear any sound on the wind, and Qianli Yan who has a thousand-mile eye.

The shrine is built in Teochew-style, with two ponds and stuccos of a white tiger and green dragon serving as guardians behind the entrance. There are also statues of Guan Yu, Guan Yin and a local god.

Next to the Chinese shrine is Thailand's first Sikh temple, Siri Guru Singh Sabha, which was erected in 1932 to serve as a gateway to heaven. In 1979, it underwent a substantial expansion to accommodate not just Sikh devotees, but also anyone interested in learning about Sikh principles, which are a mixture of Hinduism and Islam. It's designed to resemble a lotus-like dome merging Hindu, Islamic and Thai architecture to represent multiculturalism.

After lunch, the trip continues to Wat Bophit Phimuk Worawihan a short distance away. Besides Wat Saket Ratcha Wora Maha Wihan and Wat Sangwet Witsayaram Worawihan, this temple was erected outside the city walls during the Ayutthaya period and served as a cremation and graveyard for commoners at the time. 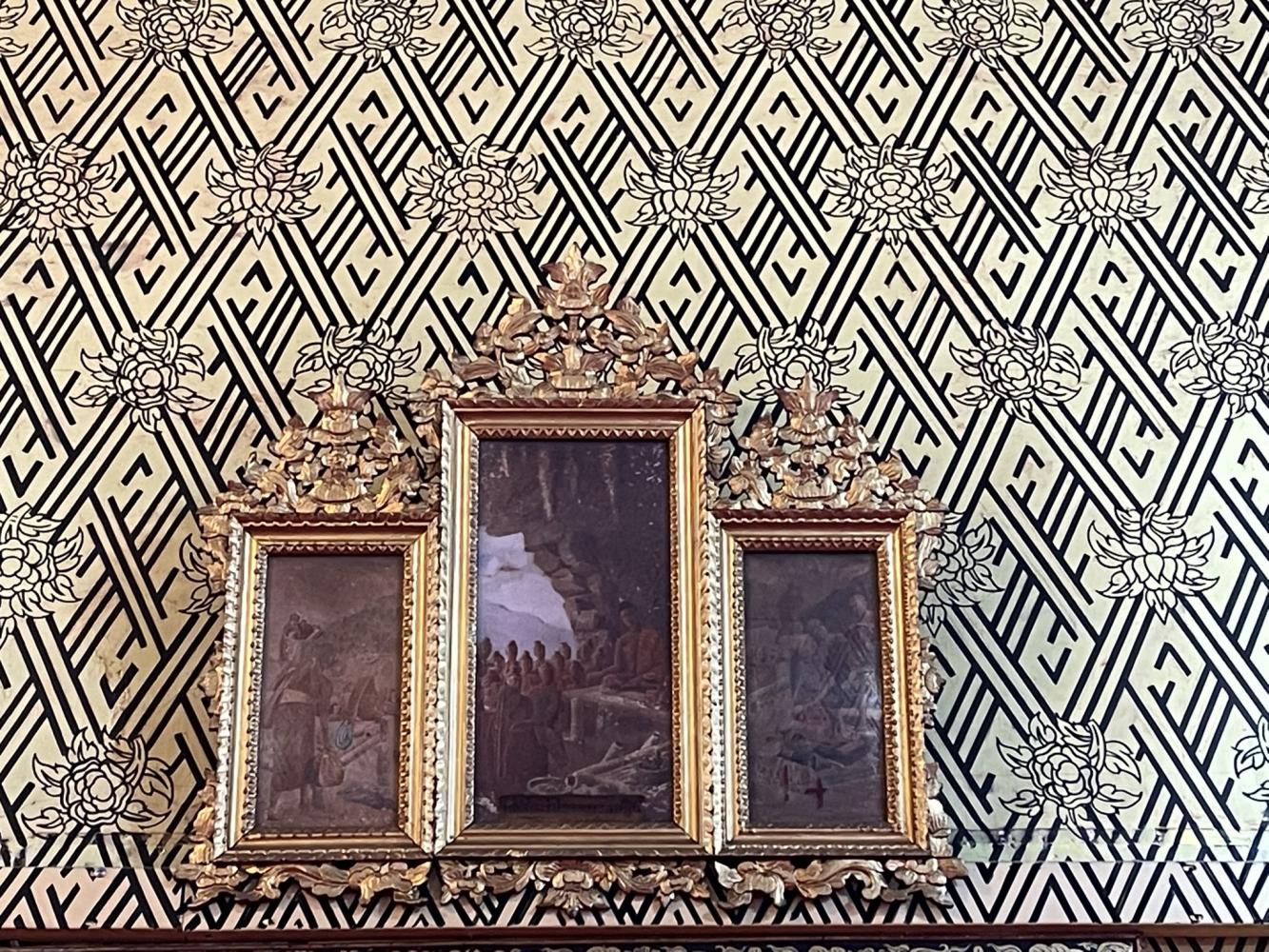 The ubosot was refurbished in the reign of King Rama III and its gilded black-lacquered walls are covered with falling blossoms on a geometric background in a blend of Western and Chinese art. A series of beautiful paintings on glass frames illustrate the cycle of life, with Thai- and Chinese-style guardians standing on stones and mythical creatures stationed at the doors and windows.

There's also a Panya-style wood pavilion, where King Rama V stopped on his route to attend religious rituals on multiple occasions. It has been turned into a chamber to house a rare collection of classic gilded black-lacquered manuscript cabinets created by royal craftsmen.

Travellers can then wander through a labyrinth of old shophouses in Sampheng's Trok Ya Chun, which was originally the sole tobacco market in Phra Nakhon, and end their journey at Wat Chakrawat Ratchawat Woramahawihan.

It was first built during the Ayutthaya period and once housed a sacred statue of Phra Bang from Luang Prabang in Laos before being returned to its hometown. During the reign of King Rama III, Chao Phraya Bordindecha rebuilt the temple and later King Rama IV presented it with a red-gold statue of Phra Nak, which was inspired by Phra Bang.

Other highlights include colourful murals in the main hall depicting 10 lifetimes of the Buddha, Mani Mekhala, Vessantara Jataka, and Himmaphan animals, which were painted during the reign of King Rama V. 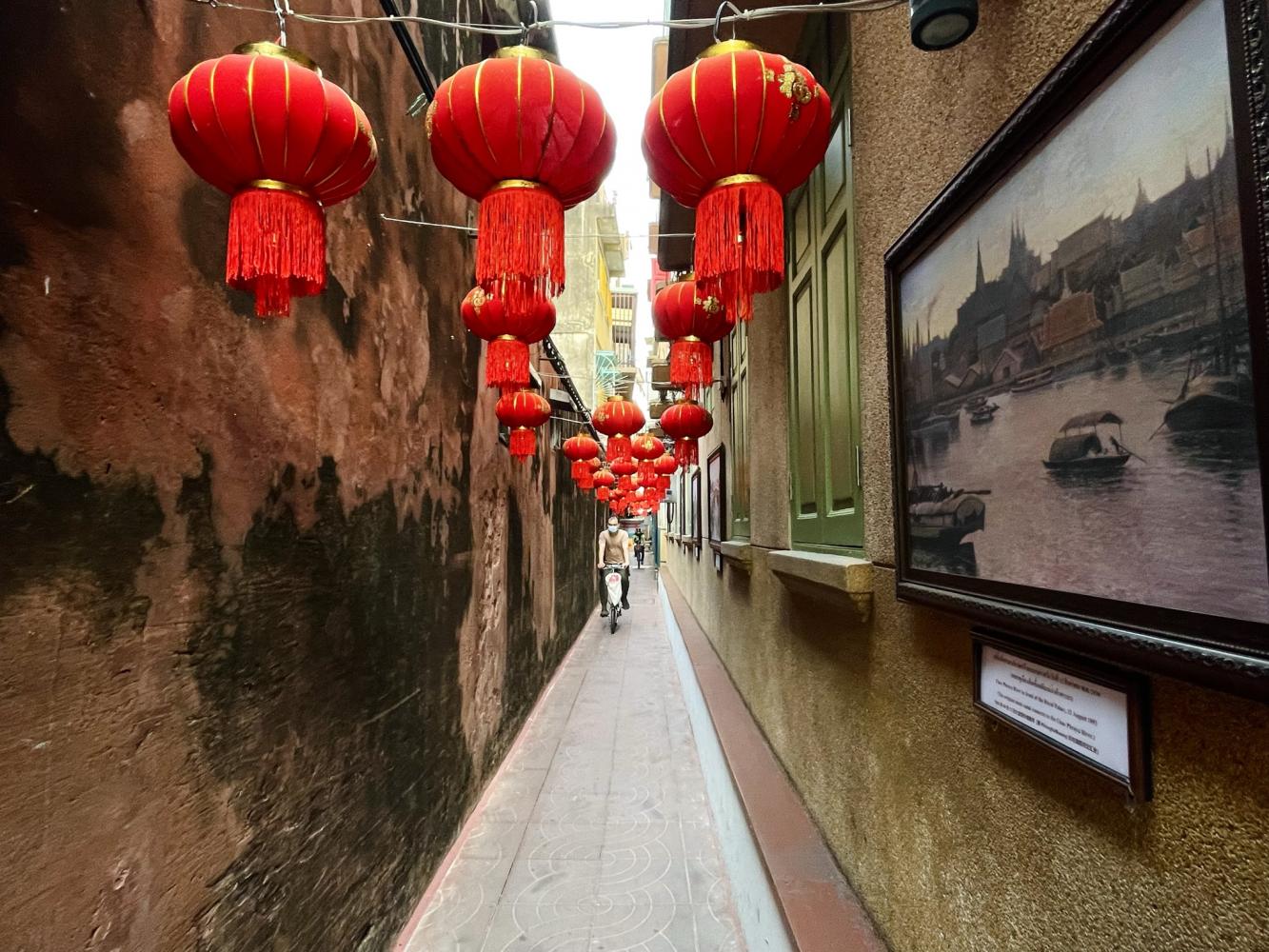 Trok Ya Chun was the only tobacco market in Phra Nakhon. 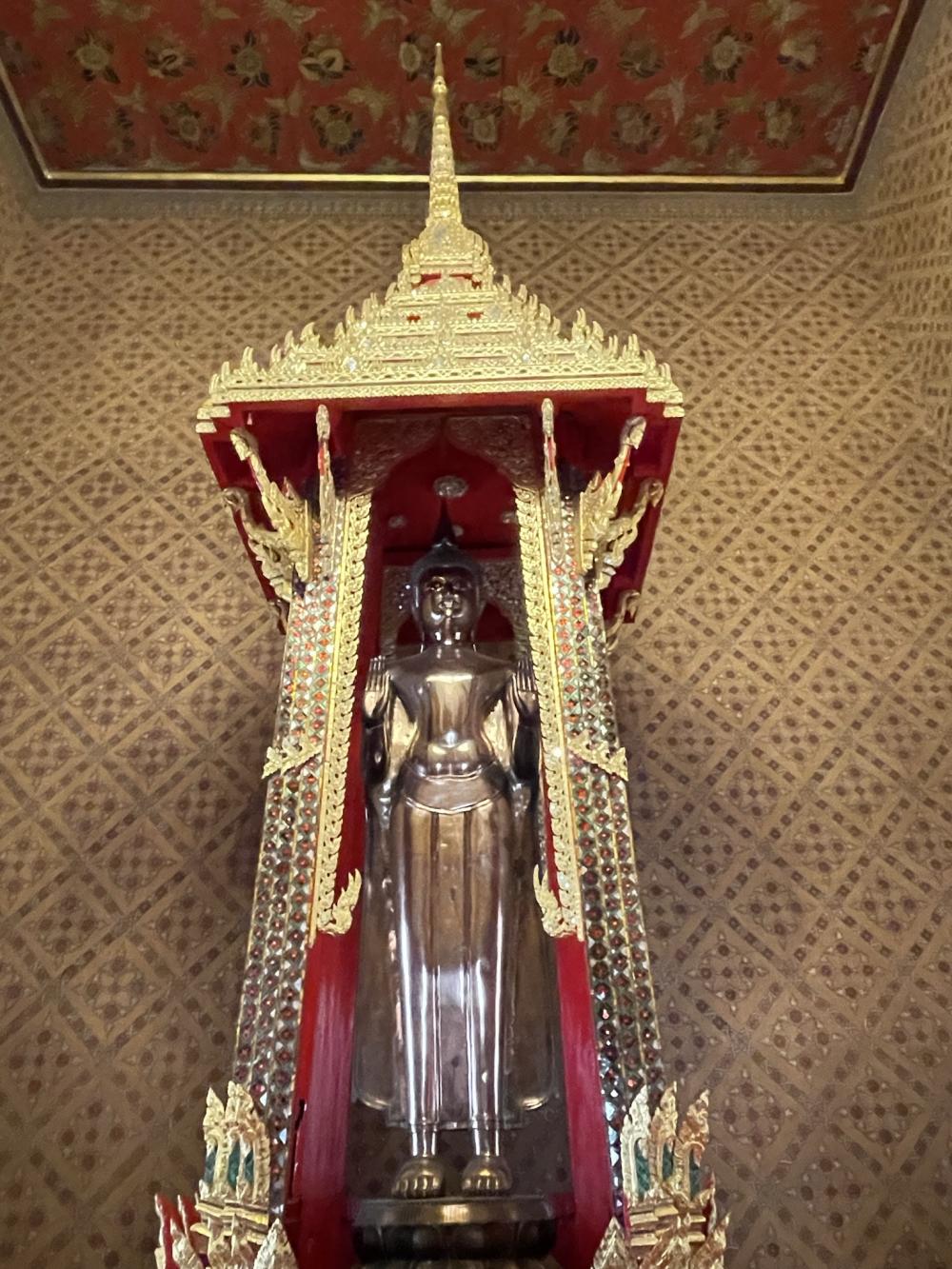 Wat Chakrawat Ratchawat Woramahawihan is home to a red gold statue of Phra Nak and murals from the reign of King Rama V. 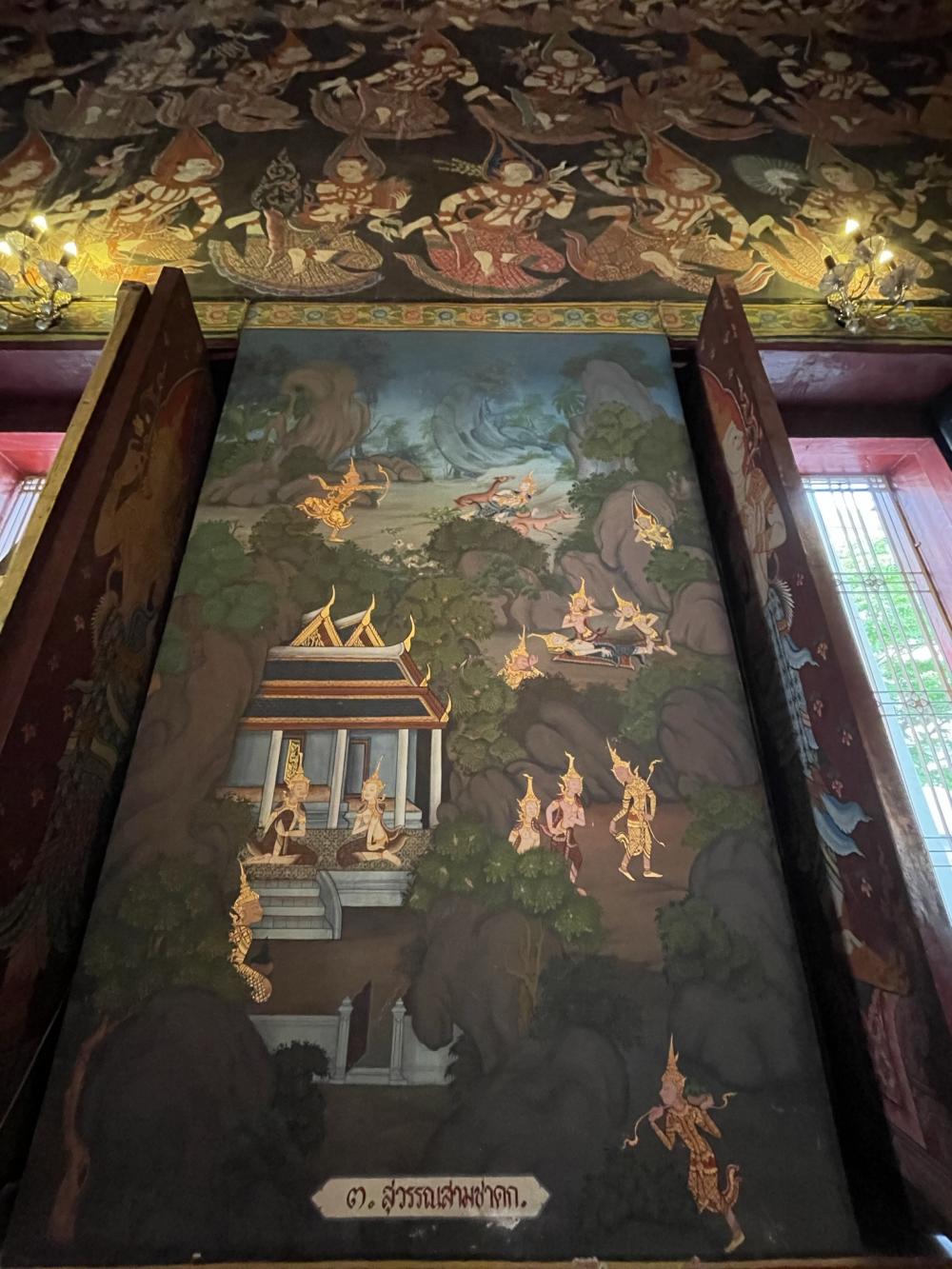 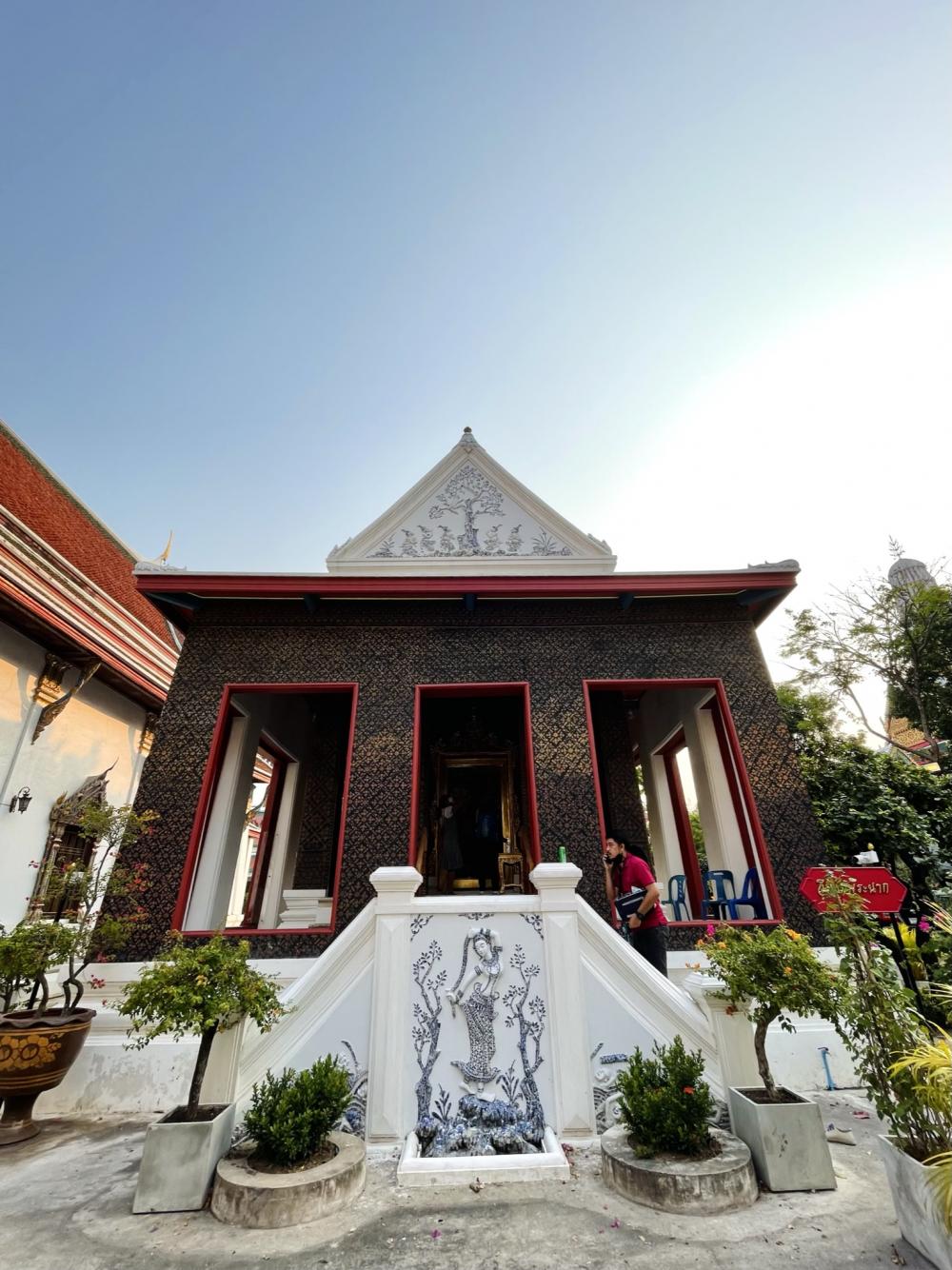 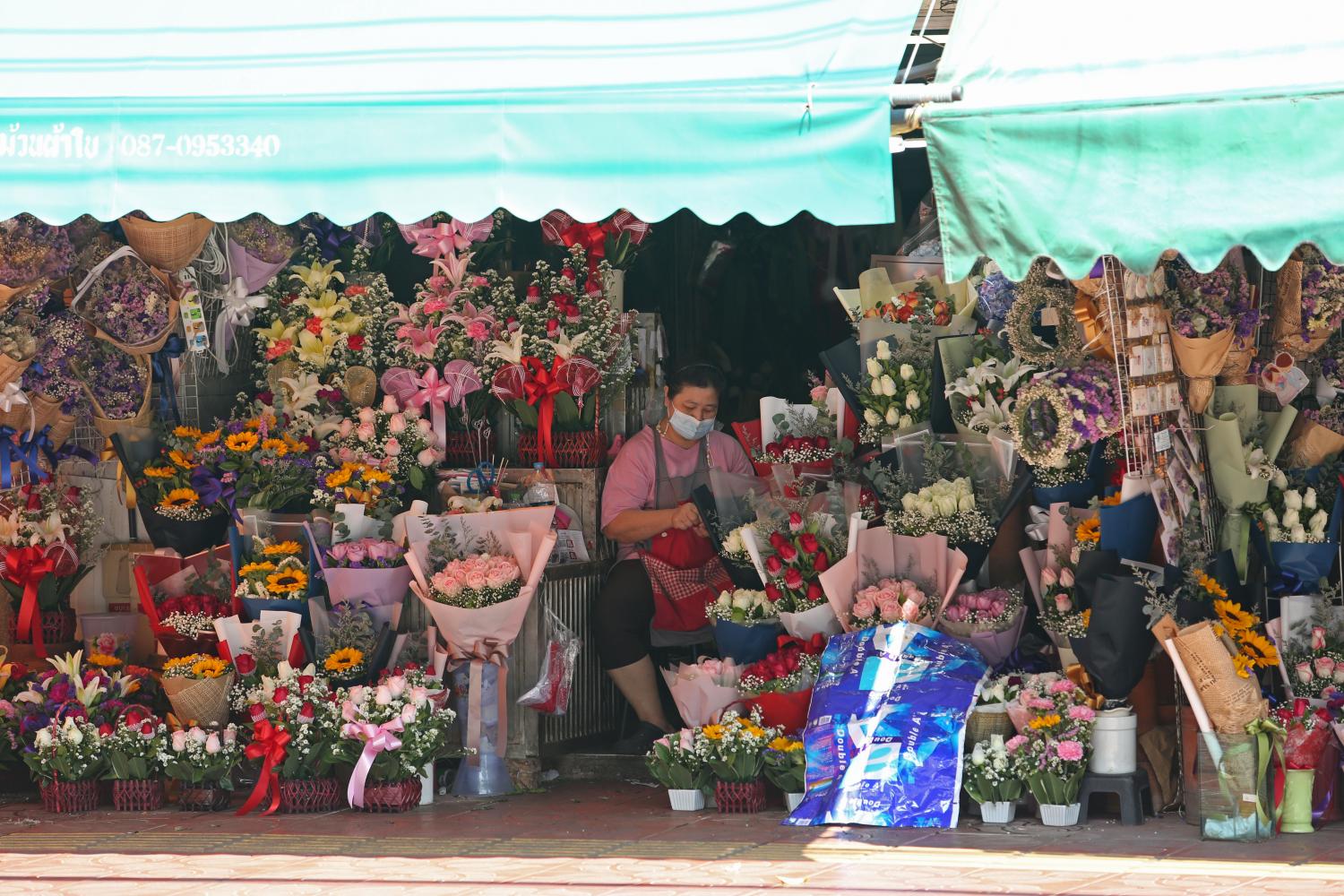 Pak Klong Talat was once a large fish market before being replaced by flower and vegetable markets. Photo: Varuth Hirunyatheb 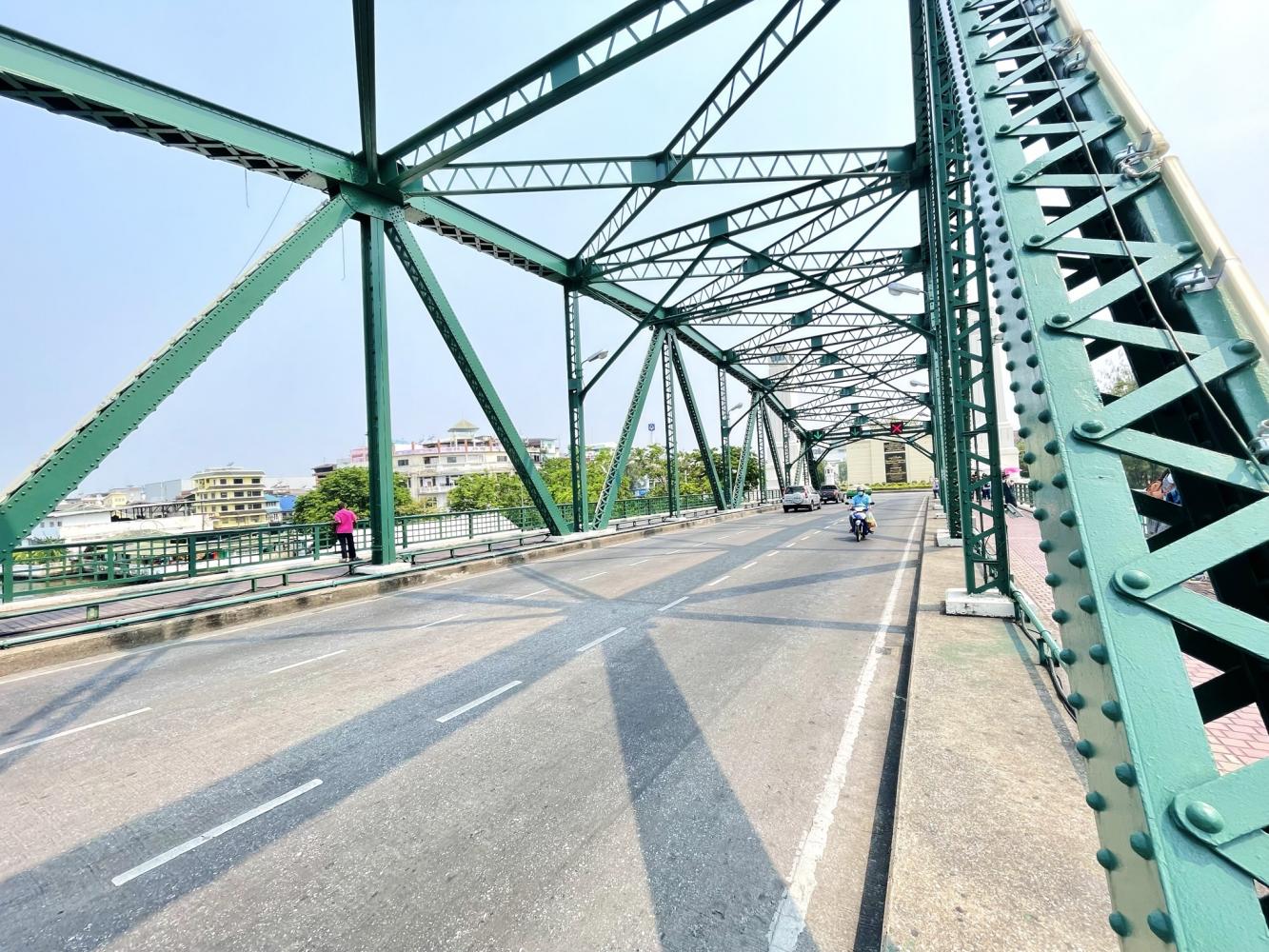 Memorial Bridge was built during the reign of King Rama VII to mark the 150th anniversary of Phra Nakhon. 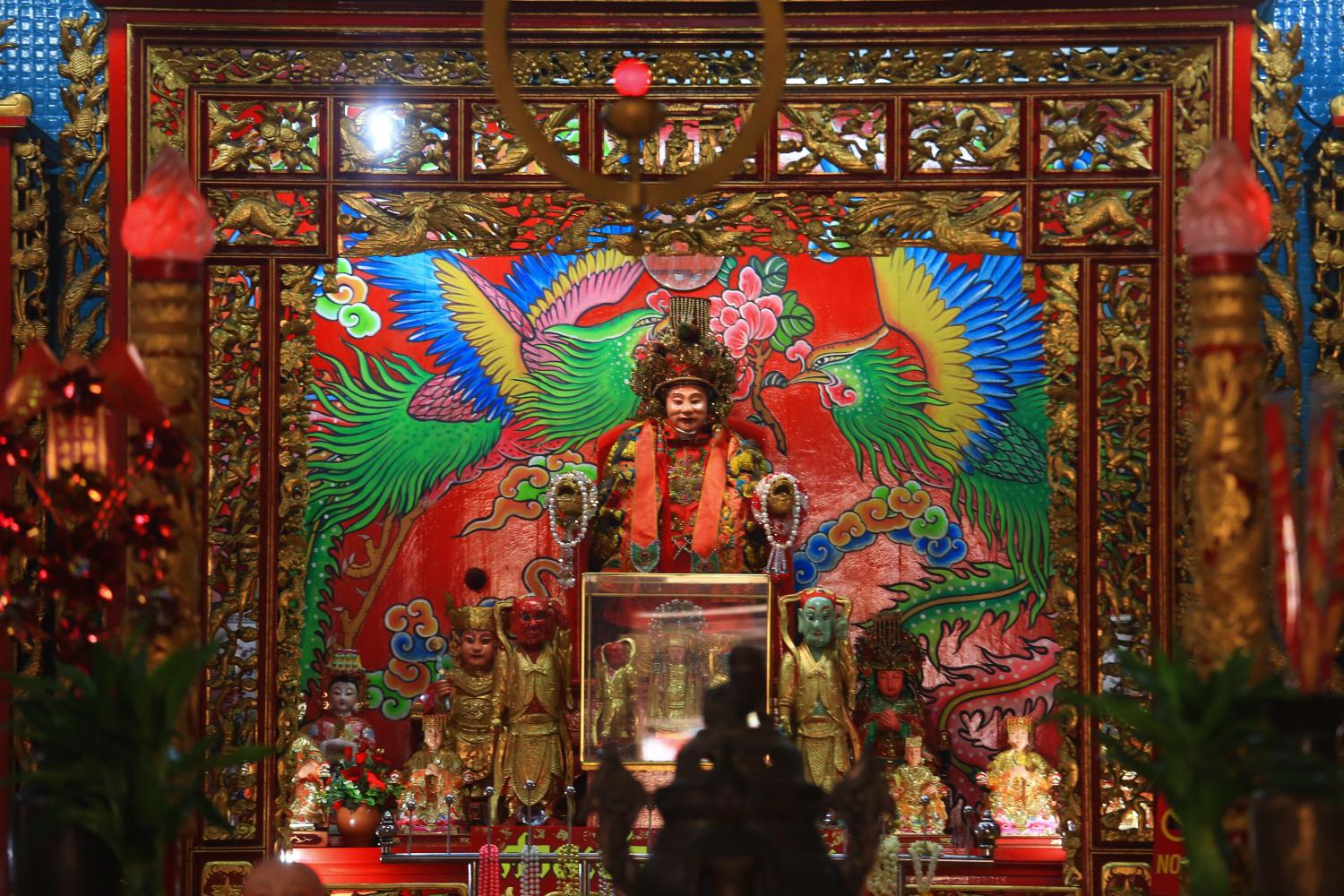 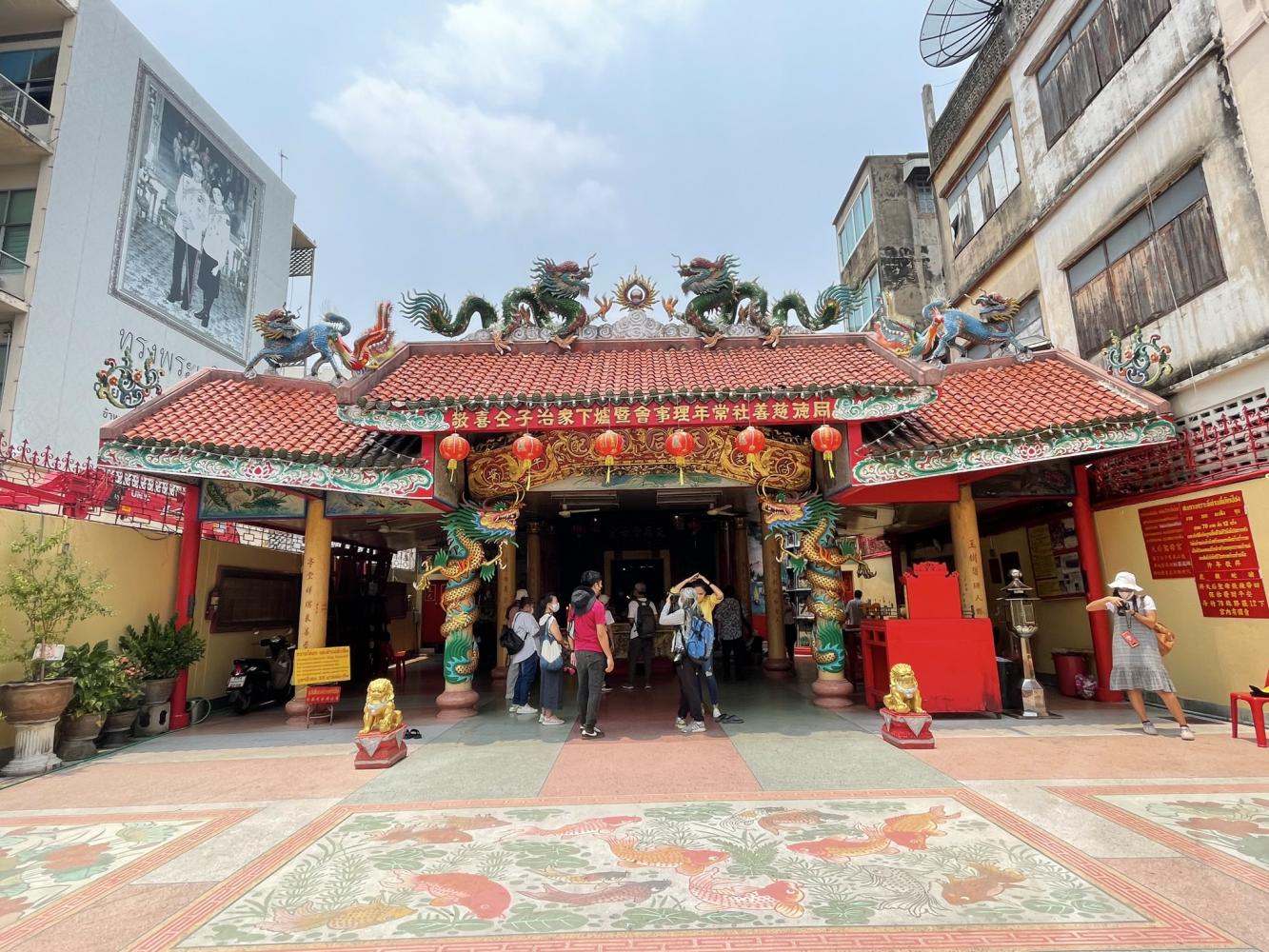 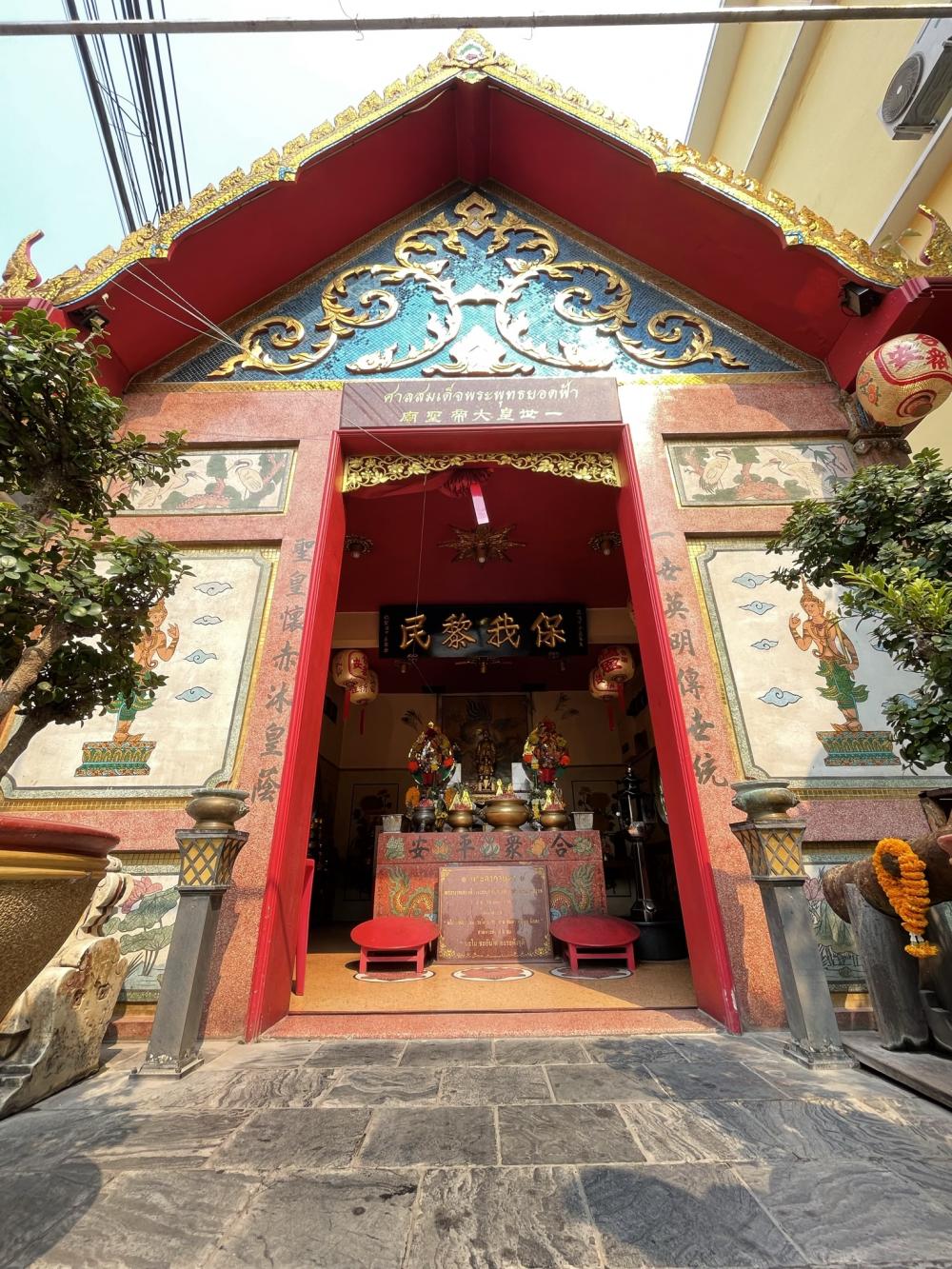 Pak Klong Talat was once a large fish market before being replaced by flower and vegetable markets. 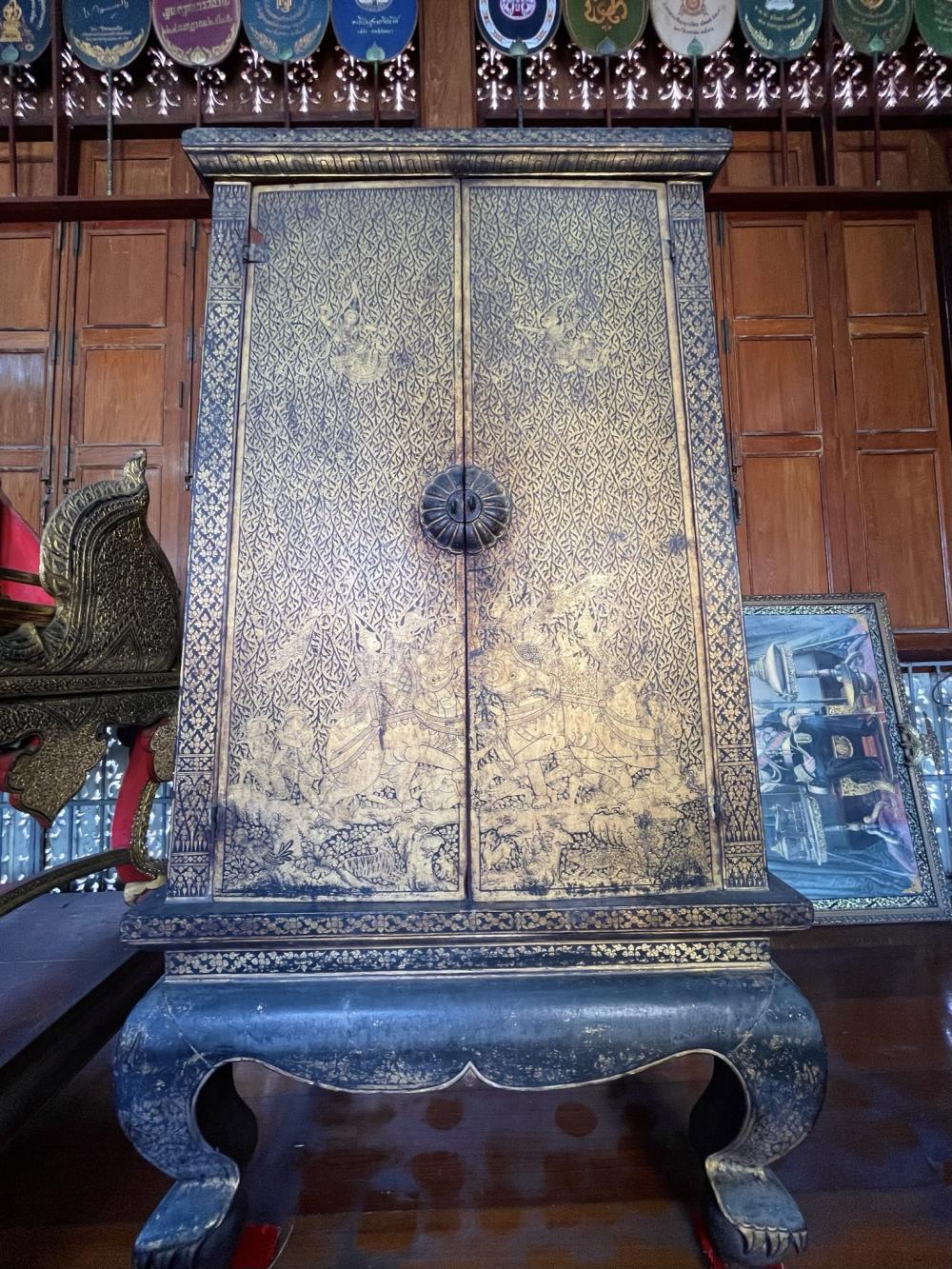 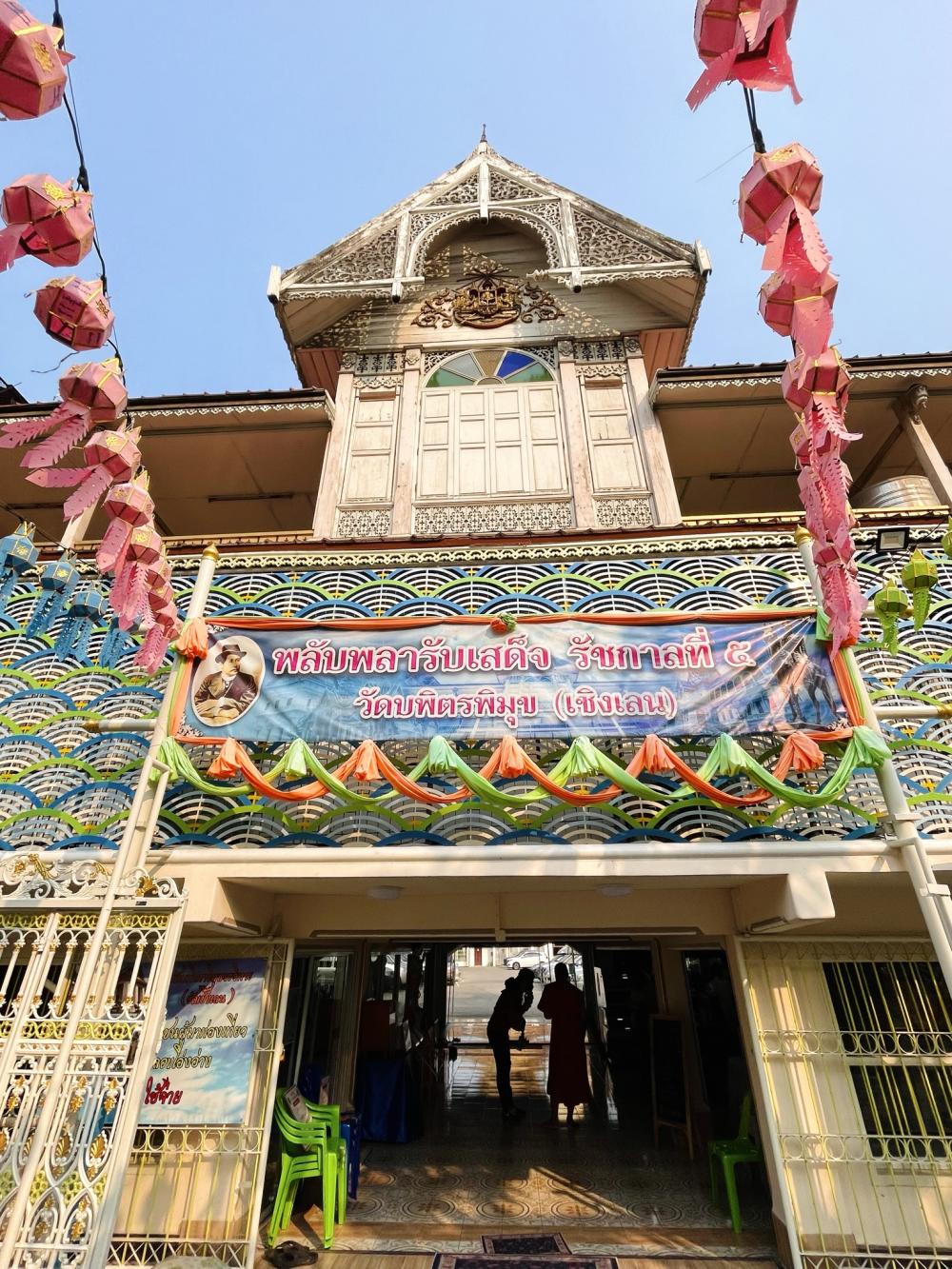 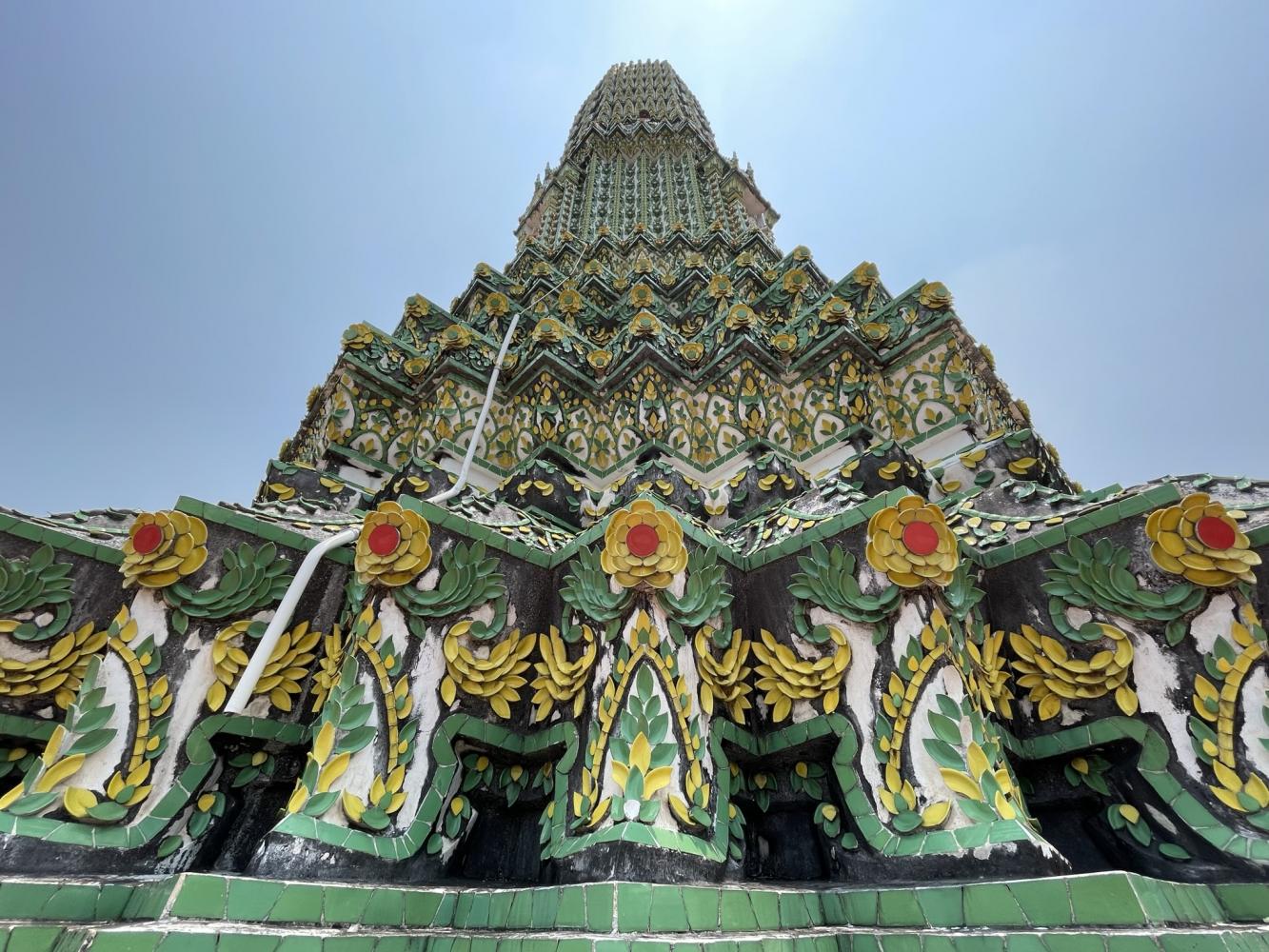 Wat Ratchaburana was erected in the Ayutthaya period. It is also home to a Japanese columbarium, below right. 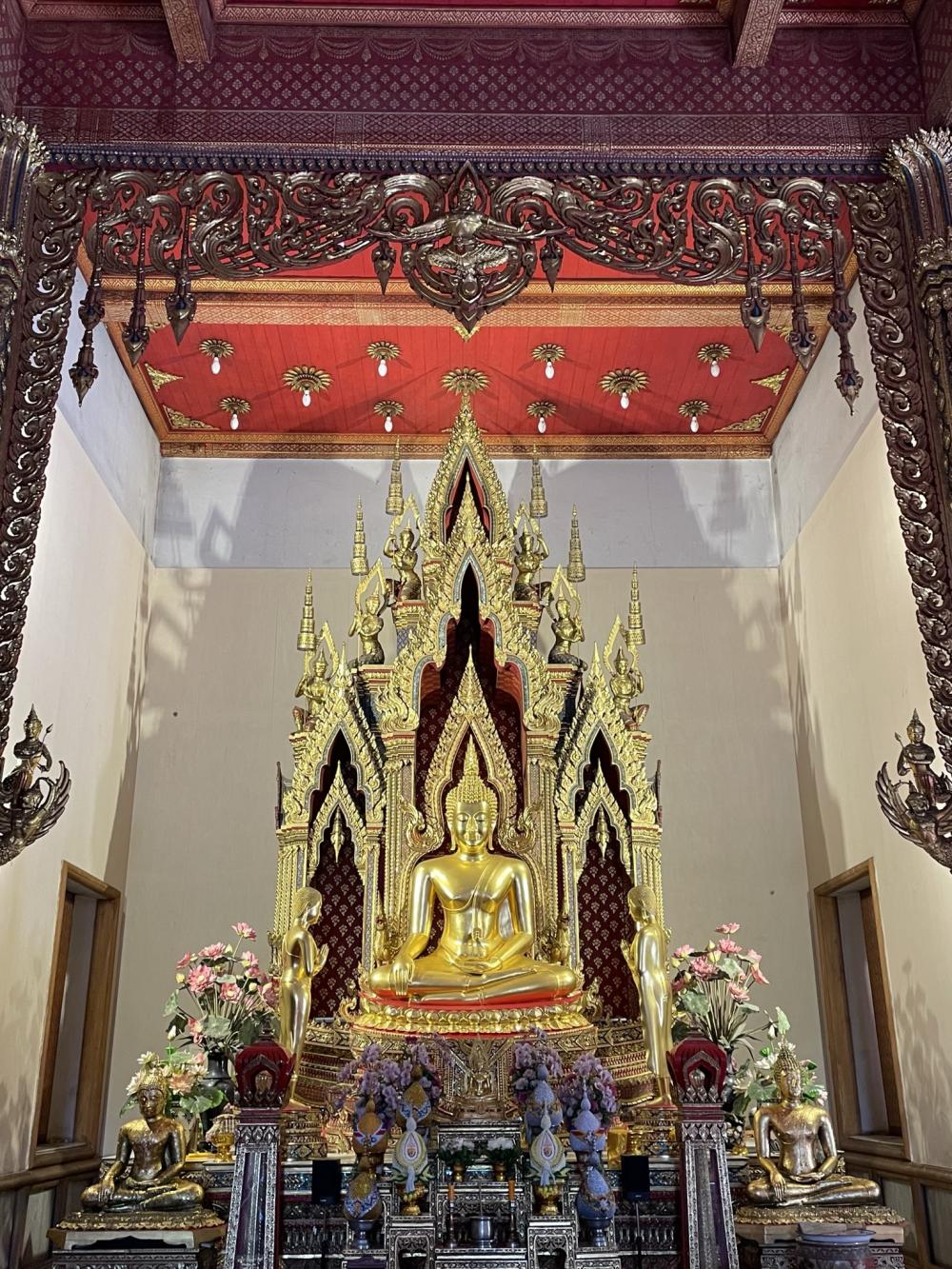