Raising awareness of the flag
Travel

Raising awareness of the flag

As Thailand prepares to celebrate the centenary of the Thai national flag next year, many Thais actually know very little about their flag. One of the best learning sources is the Thai National Flag Museum. This museum was officially opened in 2006 by Pluethipol Prachumphol whose love for the Thai flag developed from his homesickness while studying in the US more than two decades ago. 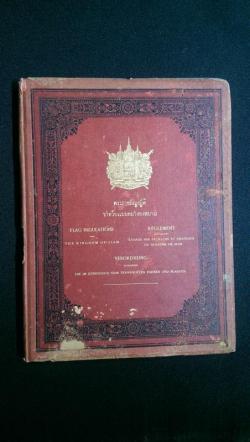 One of the oldest copies of the 1891 Siamese National Flag Standard Law.

"Here, we have the country's best things. Among them are one of the oldest copies of the 1891 Siamese National Flag Standard Law, the world's smallest Thai flag, the red and white five-stripe flag, a red flag featuring a white royally-adorned elephant standing on a raised base, and a scarf featuring Siam's discus flag dating to the reign of King Rama II or III," Pluethipol noted proudly.

According to him, only 1,000 copies of the 1891 Siamese flag law were ever printed in Germany.

In 2010, Pluethipol created the world's tiniest Thai national flag, which is smaller than a rice seed, for an exhibition.

A few years ago, Pluethipol bought one of Siam's last red and white five-stripe flags from a flag museum in the US. This flag was designed by King Rama VI who had been unhappy to see the White Elephant Flag placed upside down at a rural house. Also designed by that king was the red flag depicting a royally-adorned white elephant standing on a raised platform. This kind of flag was only used by government agencies. However, both kinds of flags were used briefly from Nov 21, 1916 until Sep 27, 1917 before being replaced by the red, white and blue five-stripe flag on Sep 28, 1917. The change was done to meet the international standard when Siam joined the allied nations in World War I.

Another highlight is a sailor's scarf featuring many countries' flags, including Siam's discus flag. Other must-sees include a white elephant flag and a pillowcase depicting the flag used as part of the celebrations of the 100th and 150th anniversary of the US, a metal soldier doll carrying the White Elephant Flag and a game featuring the British flag and Siam's White Elephant Flag as some of the many items of memorabilia of King Rama V's visits to Europe in 1897 and 1907. 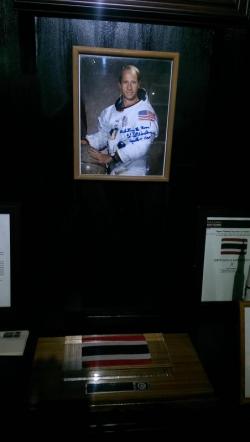 This Thai national flag was flown around the moon by Apollo 15 in 1971.

"There are a lot of things that the Thai people should know about the national flag. Why did I build the Thai National Flag Museum? Because many Thais could not answer important questions about the flag," Pluethipol explained.

According to history, a red flag depicting a discus representing the Chakri Dynasty was introduced in the reign of King Rama I. A white elephant was added to the middle of the discus on the flag after King Rama II was given three white elephants. During the reigns of King Rama II and III, such flags were only used on royal vessels, while laypeople used plain red flags. Later, King Rama IV had the discus removed from the flag and allowed all Siamese citizens to use the White Elephant Flag in their residences. Siam continued using the White Elephant Flag until King Rama VI's reign.

The current national flag with the five red, white and royal blue stripes has been used since Sep 28, 1917 under the 2nd National Flag Act declared by King Rama VI. The width:length ratio of the flag must be 6:9 and the size ratio of the five stripes must be 1:1:2:1:1.

According to the museum director, the national flag showcases what Thailand has been through. At the museum, for example, there's a Thai flag that was once flown around the moon by Apollo 15 in 1971. For more information on this and more flag-related incidences, visit the museum.

"Everything on display here is for us to learn and be proud of," Pluethipol said, "After your visit, you will walk out with the knowledge of the history and meaning of the Thai national flag. People show their love for their national flags differently. What we can do is to feel grateful for living in one of the world's best places saved by our ancestors," he concluded. 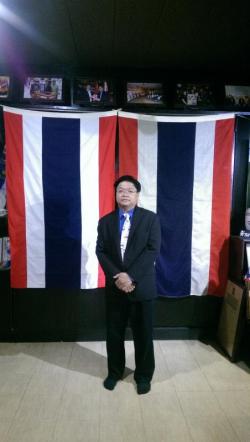 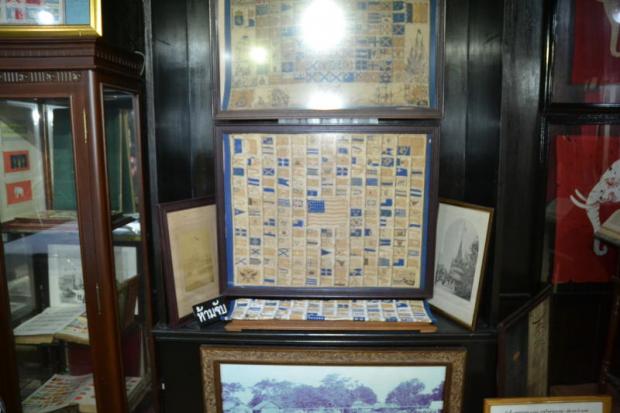 A scarf featuring Siam's discus flag dating to the reign of King Rama II or III. 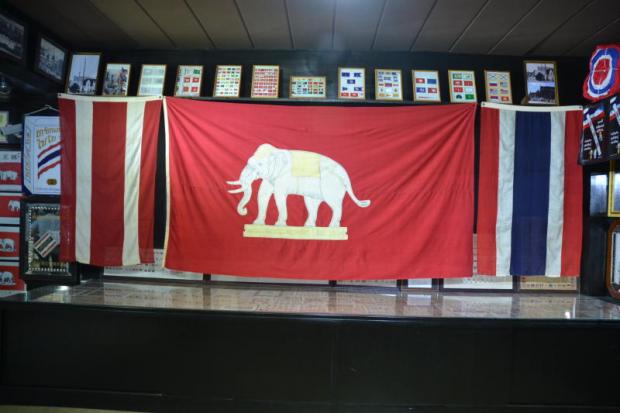 The red and white five-stripe flag, and the red flag featuring a royally-adorned white elephant standing on a raised platform. 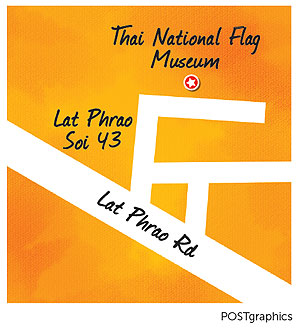