Post-pandemic, developers are scaling back and buyers are hunting for opportunities.

Bangkok's condominium market at the start of 2020 was entering a period of severe change, driven by a fall in buyer demand and by the large amount of unsold inventory that had become a risk for developers. Covid-19 has exacerbated these trends, placing developers under further strain as they struggle with these large unsold inventories and even lower buyer demand. 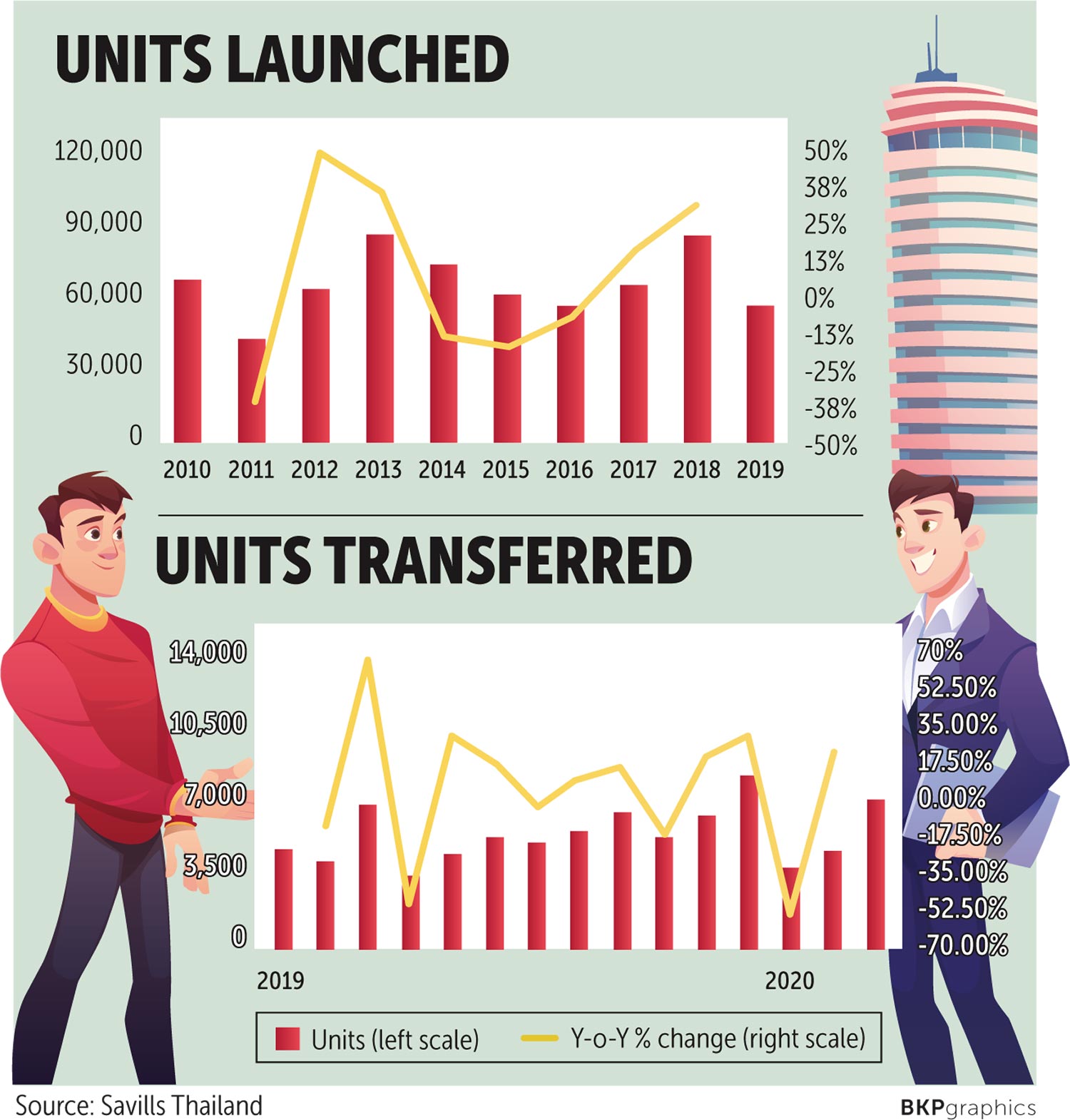 With a prolonged period of economic hardship anticipated, it's time for developers to reconsider their options and time for buyers to seek opportunities.

A total of 56,000 new condominium units were launched in the capital in 2019, a reduction of 34% from 2018. This downward trend is expected to continue, with only 98,000 units currently planned to be launched over the next four years.

This will ultimately lead to a reduction in the amount of unsold inventory, which has been consistently high since 2013. This may present a future opportunity for the market to reach an equilibrium of supply and demand, though judging by previous behaviour it's unlikely that this will be sustained.

In efforts to reduce their unsold inventory and to alleviate the potentially ruinous effects of a global recession, some developers have been offering extreme discounts on completed units to try and motivate buyers.

This method seems to have had a positive effect, with both February and March seeing an increase in registered unit transfers from the previous year, by 13% and 4% respectively. The discounts and promotions on offer include covering the first 12-36 months of mortgage payments, common fee exemptions and purchase price discounts of up to 50% in some extreme cases.

These radical discounts will make it difficult for a developer to profit from certain projects. But given the current bleak outlook it's of utmost importance that developers offload their under-performing developments now, as the situation is likely to get worse.

Well-known developers such as Pruksa, Supalai and Sansiri seem to have already found some success with the deep-discount approach, each posting strong performances in the first quarter of 2020. Sansiri in particular reported a huge increase in condominium sales revenue of 132% year-on-year.

Before Covid-19, a number of developers were planning to leave the condominium market entirely, instead focusing on lower-risk properties such as landed housing. It's now expected that more developers will leave the condo market or postpone their developments indefinitely.

For those that choose to remain actively developing, they will have to ensure that the projects will be price-competitive. As well, if sales performance turns out to be poor, they will need to ensure that they have the necessary funding for this not to be a long-term concern.

The next period in the Bangkok condominium market will be very different from what we have seen previously. Developers will be more prudent, placing financial security ahead of profits, by minimising the number of unsold units and ensuring the soundness of any future projects.

Buyers will likewise behave more prudently with their personal finances and become increasingly savvy in their evaluation of the value propositions offered by different projects. Ultimately, the market will recover along with the broader economy; however, the effects of the current crisis and the lessons learned will likely change its characteristics forever.