CHIANG MAI - The city's biggest cultural event this year saw the opening on Sunday of the Maiiam Museum of Contemporary Art, a sparkling 3,000-square-metre converted warehouse certain to lift the northern city's profile as a serious destination for art lovers.

Several hundred guests turned up at the reception – local dignitaries, government officials, the Bangkok art crowd who made a weekend trip, as well as international curators flying in for the event.

Maiiam (meaning “brand new”) goes for instant thunder by picking as its inaugural show the first-ever retrospective of Thai artist/filmmaker Apichatpong Weerasethakul. Titled “The Serenity of Madness”, the extensive, career-spanning exhibition of Apichatpong’s photography, moving images and sketches has been curated by Gridthiya Gaweewong and will travel to several other countries after Chiang Mai.

“When I started making films in the 1990s, Gridthiya pushed me to exhibit them in galleries,” Apichatpong said in his speech. “I said, ‘no, I make films, not art!”

The artist added that he listened to the curator’s advice, and now the bulk of his work – conceptual short films and video art – have found their way into galleries and museums around the world.

Maiiam – located in San Kamphaeng district, not far from the village famed for crafting traditional umbrellas – is the private museum of Jean Michel Beurdeley, his late wife Patsri Bunnag and their son Eric Bunnag Booth.

Part of the museum is set aside for the permanent display of the family’s collection of contemporary Thai art pieces from the 1990s onwards – a rich, eye-popping trove of paintings, sculptures, installation pieces by landmark artists such as Montien Boonma, Chatchai Puipia, Araya Rasdjarmrearnsook, Kamin Lertchaiprasert, Rirkrit Tiravanija, Navin Rawanchaikul, Manit Sriwanichpoom and many more.

“In no way does our collection represent the whole history of Thai contemporary art,” said Booth. “It represents just our own point of view based on the criterion of the emotional response the works give us.”

But it’s the heart-thumping wonder of Apichatpong’s works that headline the new museum. Known as a director whose work is a fabulous blend of the mundane and the supernatural, Apichatpong has never had a major exhibition of his gallery pieces in Thailand.

It features nearly 20 visual artworks from the late 1990s to the present. In totality, they outline the artist’s thematic and conceptual essence: his fascination with the elusive quality of memory, light, shadow, history, reincarnation, and his deep connection with Khon Kaen province and the Isan region where he grew up. The exhibition also features some of Apichatpong’s handwritten sketches, actual copies of scripts, as well as books that inspired him.

Many of his works at Maiiam have never been shown in Thailand before.

“The Serenity of Madness” is on view until Sep 10. The Bangkok Post will have a full review of the exhibition in the following days. 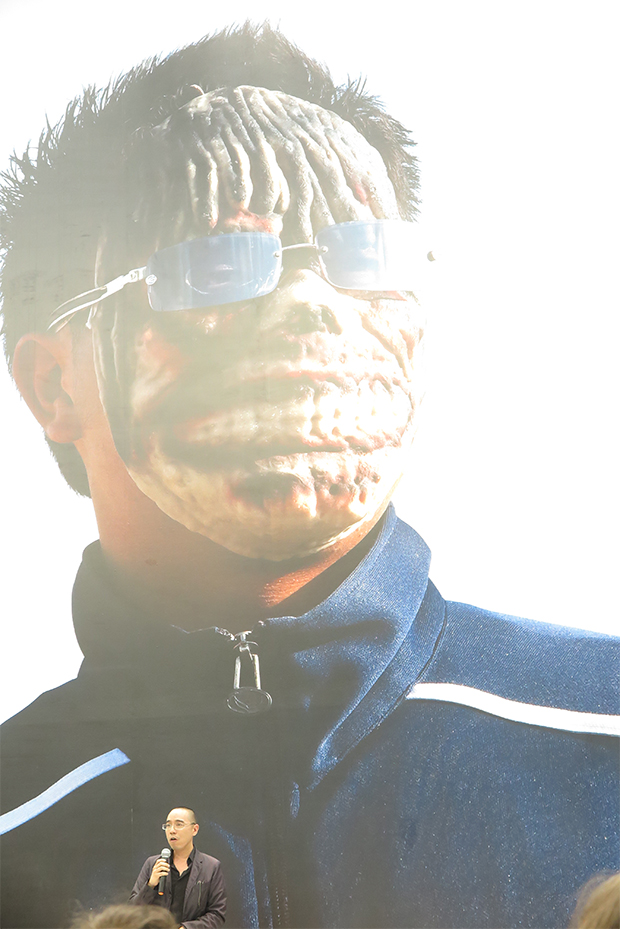 Thai artist/filmmaker has unveiled his first art exhibition "The Serenity of Madness".