Fight for the light is a dull affair
Life
Arts & Entertainment

Fight for the light is a dull affair

Suddenly, there is light, illuminating the darkness, bringing electricity to an era of fire. Electricity is the star of The Current War, a stylised period drama set in late 1800s that chronicles two world-famous investors and entrepreneurs as they compete to provide electricity and light for the country, trying to win over different states and cities to their sides. And yet, The Current War never manages to spark into life.

There is Thomas Edison, brilliant and arrogant, a media-savvy celebrity of his time. Edison favours DC (direct current) for his bulbs. Then there is his rival, George Westinghouse, a more grounded and respectful personality. Westinghouse prefers AC (alternating current), a cheaper alternative. The two men clash in their quest for dominance.

Before long, the tech war descends into trash talk, insinuation, personal tragedy and worse. Throw into the mix Nikola Tesla, who starts out working for Edison before leaving to venture out on his own. He joins forces with Westinghouse and the men set their sights on the Chicago World's Fair, the stage where they hope to prove themselves as the kings of electric lighting.

The Current War features an impressive ensemble cast, with many faces recognisable from today's best-known franchises. We have Benedict Cumberbatch (The Avengers: Endgame) as Edison, Michael Shannon (Man Of Steel) as Westinghouse, Nicholas Hoult (X-Men: Dark Phoenix) as Tesla, Katherine Waterston (Fantastic Beasts And Where To Find Them) as Marguerite Westinghouse and Tom Holland (Spider-Man: Far From Home) as Edison's assistant.

With its cast and source material, this biopic seems classic bait for awards season. But it's telling that it is getting released now, months away from any serious awards ceremony. Unfortunately, despite its promise The Current War never quite manifests into anything electrifying. 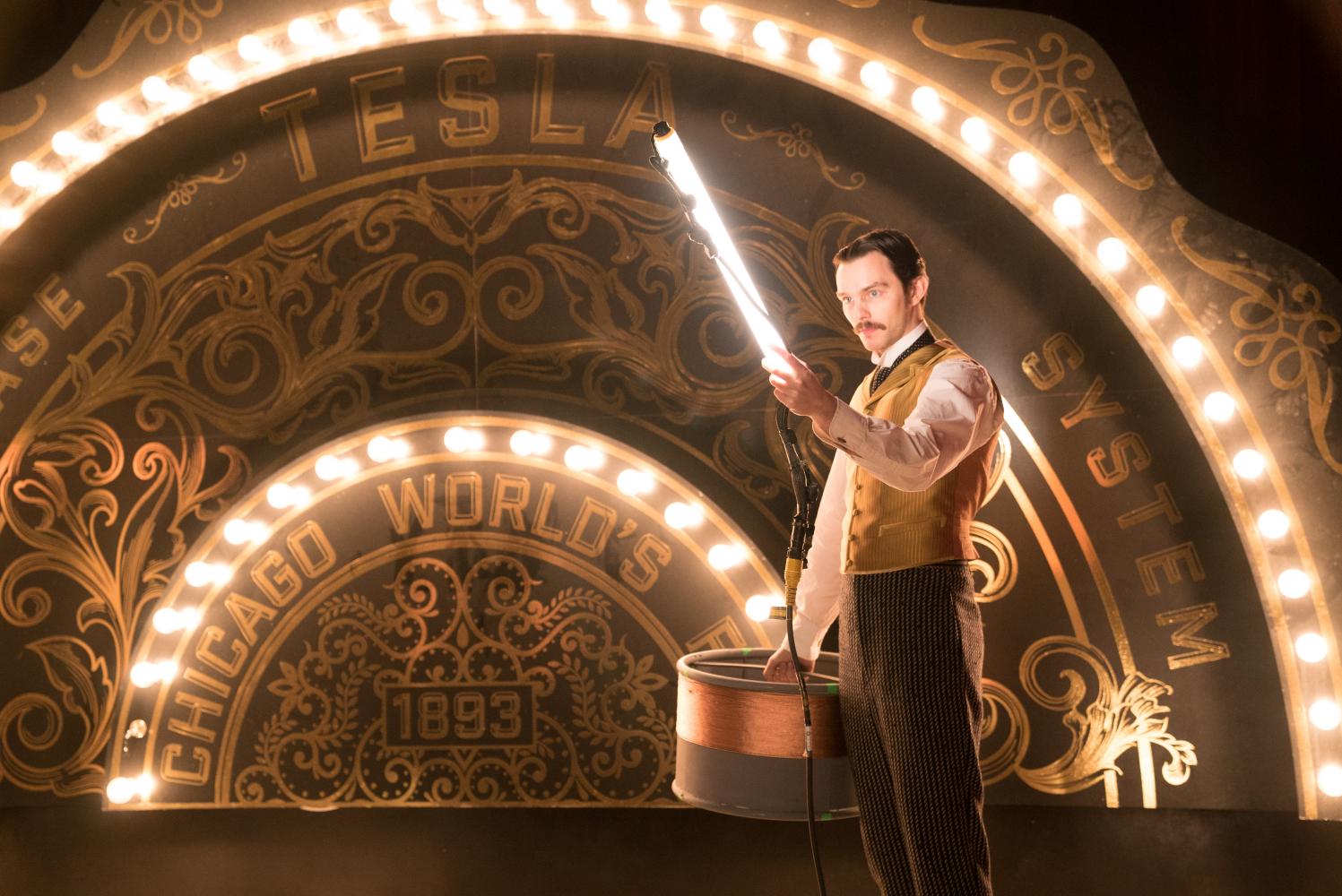 Sure, it has got nice costumes and production values. But these aren't enough to offset the frantic camerawork, overuse of Dutch angles, heavy lens flare and questionable CGI. Top all that off with a lacklustre script and it doesn't make for a winning combination. When the characters start going into detail about electric currents, it almost feels like you are watching an elaborately dramatised science lecture.

It's a disappointing turn from director Alfonso Gomez-Rejon, who previously helmed the charming coming-of-age tale Me And Earl And The Dying Girl. His take on electrical warfare ends up quite a dull affair. The excitement that could have been derived from the battle to realise one of humanity's greatest inventions is lost on screen. The creativity seems all used up in the camera angles and movements when simpler ones would have worked just fine, or better; in fact, they end up distracting the viewer from the story.

The script by Michael Mitnick never manages to take off. The characters aren't given much room to develop. In particular, Tesla is sadly underused, almost a side note. Nor do we get to see the actual moments of discovery, from the light bulb to the phonograph to moving pictures. Without all the trial-and-error, the frustration and determination, the blood, sweat and tears, it's difficult for the audience to fully appreciate the end results. Things simply appear, taking away the magic of invention. The so-called war is then a rivalry between two polar opposites, but their differences in personality and approach don't always manage to capture our interest.

We can at least appreciate the cast, who do their best with what they are given. Cumberbatch cruises along in his role. Shannon is likeable as Westinghouse. Hoult, in the few scenes he has, makes for a flamboyant Tesla. The score is serviceable. At times, it feels as though the music is determined to ignite some current in a stubborn bulb that refuses to light fully. In the end, all The Current War manages is a faint glow, not the dazzling spectacle we were hoping for.