After taking some time to focus on TV work and other side projects, filmmaker Chookiat "Madeaw" Sakveerakul (13 Beloved and Love Of Siam) finally returns to the big screen with his latest feature, Dew Pai Duay Kan Na (Dew, Let's Go Together), now showing in cinemas.

Chookiat's new romantic drama follows two teenage boys -- Dew and Phop -- who met in the 1990s and became entangled in a romance they had to conceal from the rest of the world. Eventually, the two separated. In present day, Phop -- now a teacher and married to a woman -- moves back to the town where his boyhood romance blossomed.

"I guess you could call it a gay film," said director Chookiat. "At the same time, it's also more into romantic drama than focusing only on gay love. The story starts from homosexuality, but it is also much more than just that. It grows into a story about a person's life. It's unlike a romance between a woman and a man. We're going back to an age where being gay wasn't so accepted and seeing how that can affect a person."

Rising star Pawat Chittsawangdee plays the titular Dew, while newcomer Sadanon Durongkaveroj plays Phop. But the casting choice that will both surprise and delight audiences is seeing TV star Sukollawat "Weir" Kanarot stepping into the role of the grown-up Phop so soon after Malila: The Farewell Flower, the acclaimed gay drama by Anucha Boonyawatana.

"At first, I thought he [Sukollawat] wouldn't say yes," revealed the director. "In Malila, the gay image was pretty heavy. People would ask why he's taking on a gay role again. But then the adult character isn't gay. There is fluidity to it. In his teens, he was at a crossroads. And as an adult, there's another crossroads where he has to choose. In this similar conflict, would he make a childish or an adult decision? The role requires someone who understands this dilemma. And if there's anything I see from Weir in Malila, it's that he can play drama in a deep way. He's a good actor."

For Dew, Chookiat was approached by CJ Major Entertainment to direct an existing story, which he later adapted and wrote the screenplay for.

"It's the romance -- the belief that true love and miracles do exist -- that attracted me. I've been through things in life and I still believe they do exist. I want others to believe that too," he said.

He added that Dew is unlike his best-known title Love Of Siam, the gay teen drama that became a controversial hit 12 years ago, as well as a pioneer for LGBTI films focusing on younger characters. He's nonchalant about the idea that audiences may compare the two films.

"I'm not repeating the path I've taken. This time, we have a new story to tell, so that's why I'm telling it. 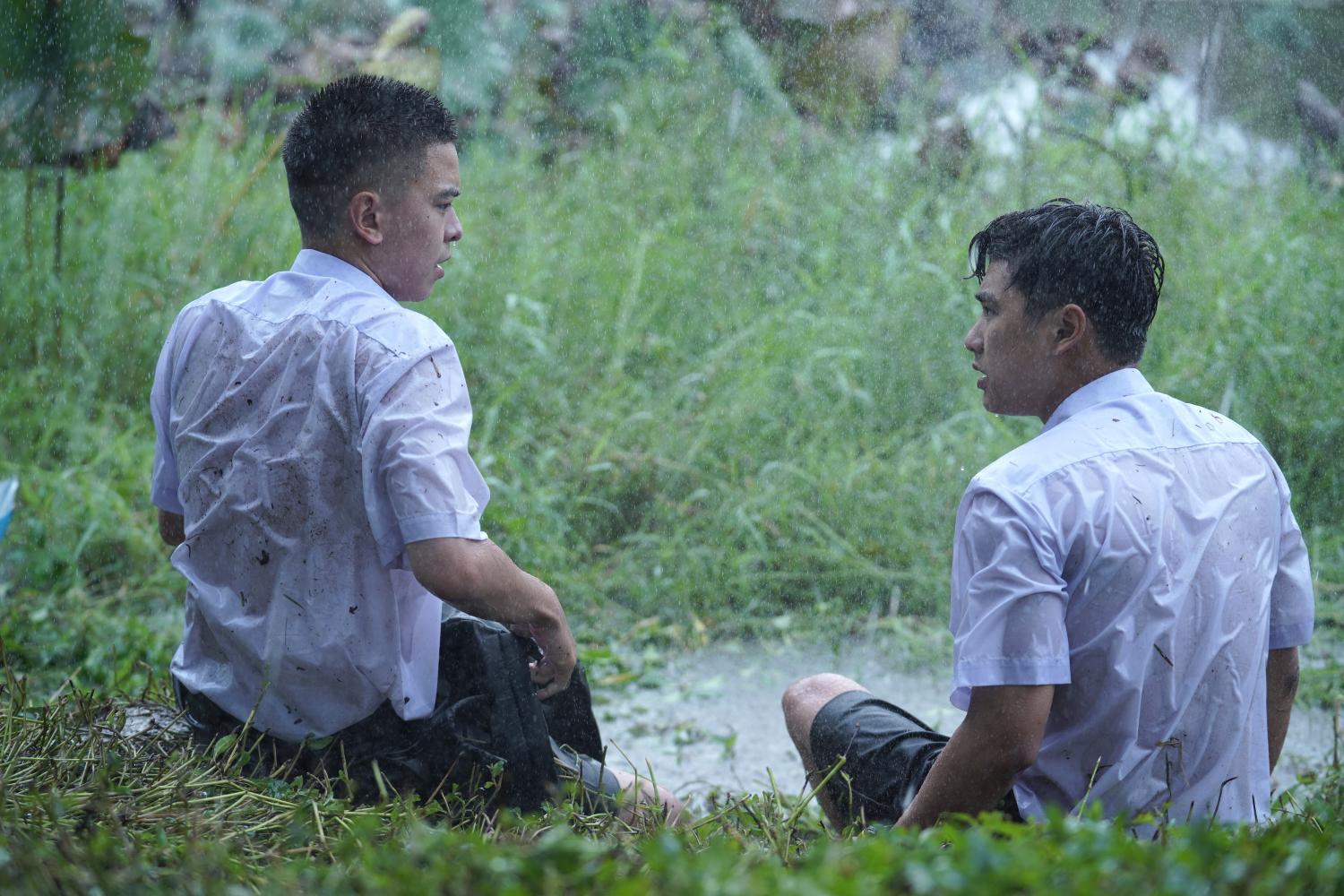 "My point of view has changed from before. I'm more grown-up. But my belief and faith in love remains the same. The characters, too, have been through certain points in life, a midlife crisis, so to speak -- the feeling that they need to be somewhere, be something and make irreversible decisions that will change their lives and futures entirely. They are treading on that line," he said.

While Love Of Siam came at a time when gay content was a rarity, it's a different story for Dew, however. Today, the yaoi and boy's-love market in Thailand has never been bigger. Many novels and TV series are being released constantly to a loyal fan base. Still, Chookiat said he's not going to try to be different to stand out from the crowd.

"I don't feel like I have to set my story apart. It's the way it is. People who were born in that same period of time would know and understand what kind of society it was before the days of Love Of Siam. Society wasn't like how it is today. With Dew, I think it speaks to the older population rather than teenagers like in Love Of Siam. But teens can enjoy it nevertheless."

Thailand is very open when it comes to gay content, Chookiat added. Today, there is clear support for the genre that even manifests in its own culture. There are source materials like novels being made into TV series, and there are talents that portray and promote them into big events.

"I would call Thailand a strong market for LGBTI content, and also one of the best markets for it in the world," he said.

"It can also go further if there continues to be good stories to tell. Interestingly, the important mechanic that drives this content today is the talent -- the cast members. We're in a community where new kids are entering the scene every season. There are always new faces for you to ship. Its heart lies in the fact that we get to ship this and that person together, and not so much in the story. That has been the general marketing of these series."

However, he doesn't think he'll be following this practice.

"As long as it's making money for someone, it's all good. But for me, as a filmmaker, I don't think I'd reach that point. I need a good story first, and then the talent needs to be good to support that good story."

Among the LGBTI films he watched, Chookiat's favourites include Nico And Dani, a Spanish film that dives into a sexual awakening of two teenage boys. The other is Tropical Malady by Apichatpong Weerasethakul, which is about a growing romance between a soldier and a boy.

"Mostly in gay films here, we see gay men with fair skin. They are always clean, rich and educated. But in Tropical Malady, these are the people in the labour sector. It's another angle that's cute and also realistic."

The director acknowledged that there is indeed a lot more LGBTI content today compared to the past. But does that reflect the level of acceptance regarding gender diversity in our country?

"I think people have been more open in society at large, especially among younger people. Still, we also see news about teachers being shunned for being transgender women. There are still people, probably from another generation, that still can't overcome it and feel that being different is somehow despicable. And there's not really anything we can do about it, either. That person could be our uncle or even our mother." Could films and other content play a role in changing their perspective?

"If they're open to seeing it in the first place, then it can," said Chookiat. "But if they surround themselves with a thick wall, then they would've walked out from the beginning."