One of the hallmarks of a great city is a programme of cultural events that celebrates the creative arts. The high regard in which literature, music and poetry in general were held in Thailand's past is well known, even though the destruction of Ayutthaya in 1767 resulted in the loss of many classic Thai works which are now often known only by name, rather than by content.

It was no coincidence that when King Rama I oversaw the establishment of a new capital in Bangkok fifteen years later that he became a fervent patron of the arts, commissioning writers, scholars, musicians and artists to begin a new golden age of cultural output. This included epic poetry, the first works of fiction written in Thai, and texts like the Sam Kok -- which remains not only very popular but also influential because of its themes and lessons on how to shape economic and political policy decisions in a changing world. 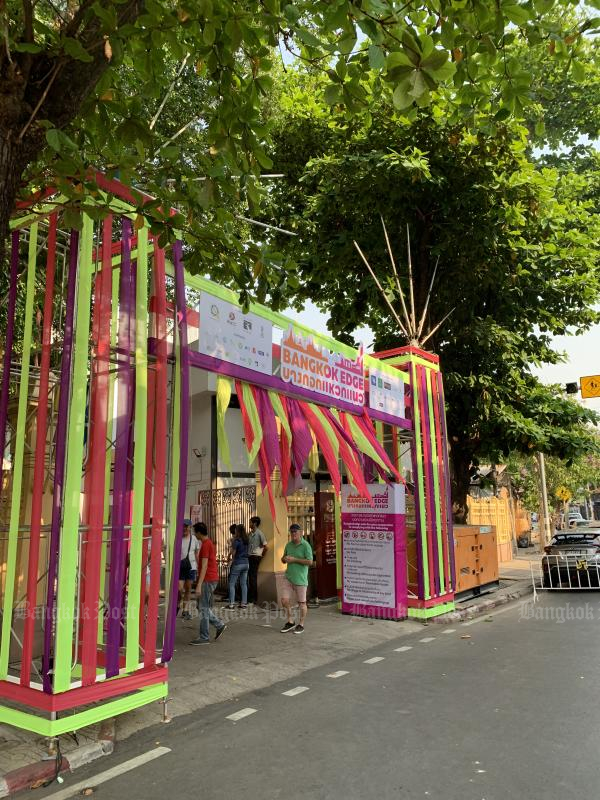 The purpose of commissioning such works was closely linked to performance, and to how they could be shared and enjoyed. Some, like the Khun Chang Khun Phaen were used on formal occasions, such as ceremonies for the royal children, but others were used to provide commentaries on contemporary politics -- particularly in the second half of the 20th century.

Since its foundation, in other words, Bangkok has been a city with a rich literary and cultural legacy. So it was a great pleasure to attend the BangkokEdge Festival at the start of February for a series of events to celebrate not only the best of Bangkok and Thailand, but also to put both within a wider context. 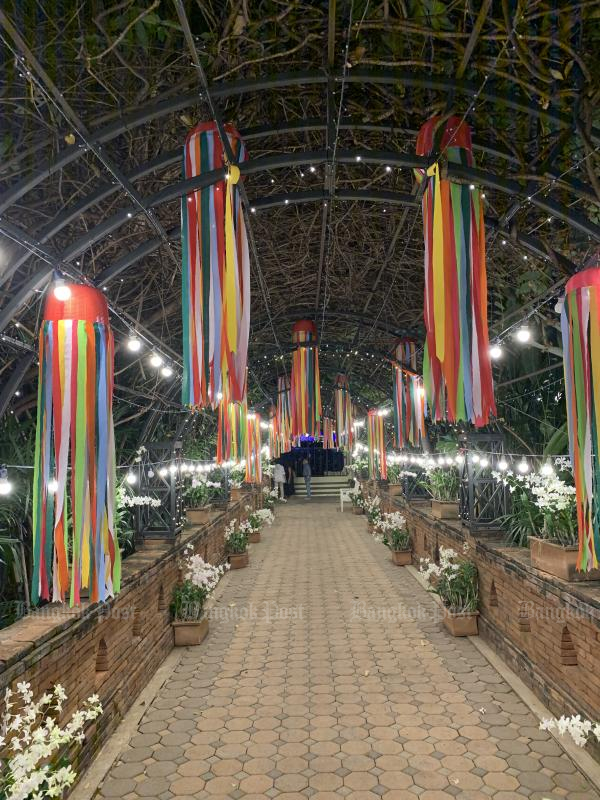 BangkokEdge was set up four years ago by festival director Narisa Chakrabongse. The festival is multifaceted: held in the grounds of the Museum of Siam, right next to Wat Pho, large crowds mingle with authors, speakers and musicians, strolling pasts stands created and staffed by young Bangkokians who want to make a difference: some sell ethically-made fabrics, some recycle vintage clothes and others sell sustainable food products from the back of stylish customised tuk-tuks.

The atmosphere is unmistakable: it is all about encouraging the exchange of ideas and trying to both understand the world and -- if possible -- to make a difference. On the first day, sessions were held about equality and school education, bringing together practitioners from the classroom and from activists with experience on the ground.

I spoke on a panel about the changing world of the 21st Century and what this means for Asia, Southeast Asia and Thailand, with former British ambassador to Belarus Nigel Gould-Davies and eminent historian of modern China, Frank Dikotter in a session chaired by Gwen Robinson, editor-at-large of the Nikkei Asian Review (and President of the Foreign Correspondents Club of Thailand). Afterwards, Professor Dikotter spoke about his new book How To Be A Dictator, which is a warning, rather than a practical guide. All the talks over the weekend were very well-attended, as were discussions about the problems facing the Mekong, the question of public space in Bangkok, about women in the workforce and about the role of gender in climate policy. Highly experienced news reporters Philip Sherwell, Jonathan Miller and Hathairat Phaholtap spoke movingly about their experiences of witnessing the horrors of war, and of the difficulties of switching from reporting on the front lines to going back to day-to-day life. 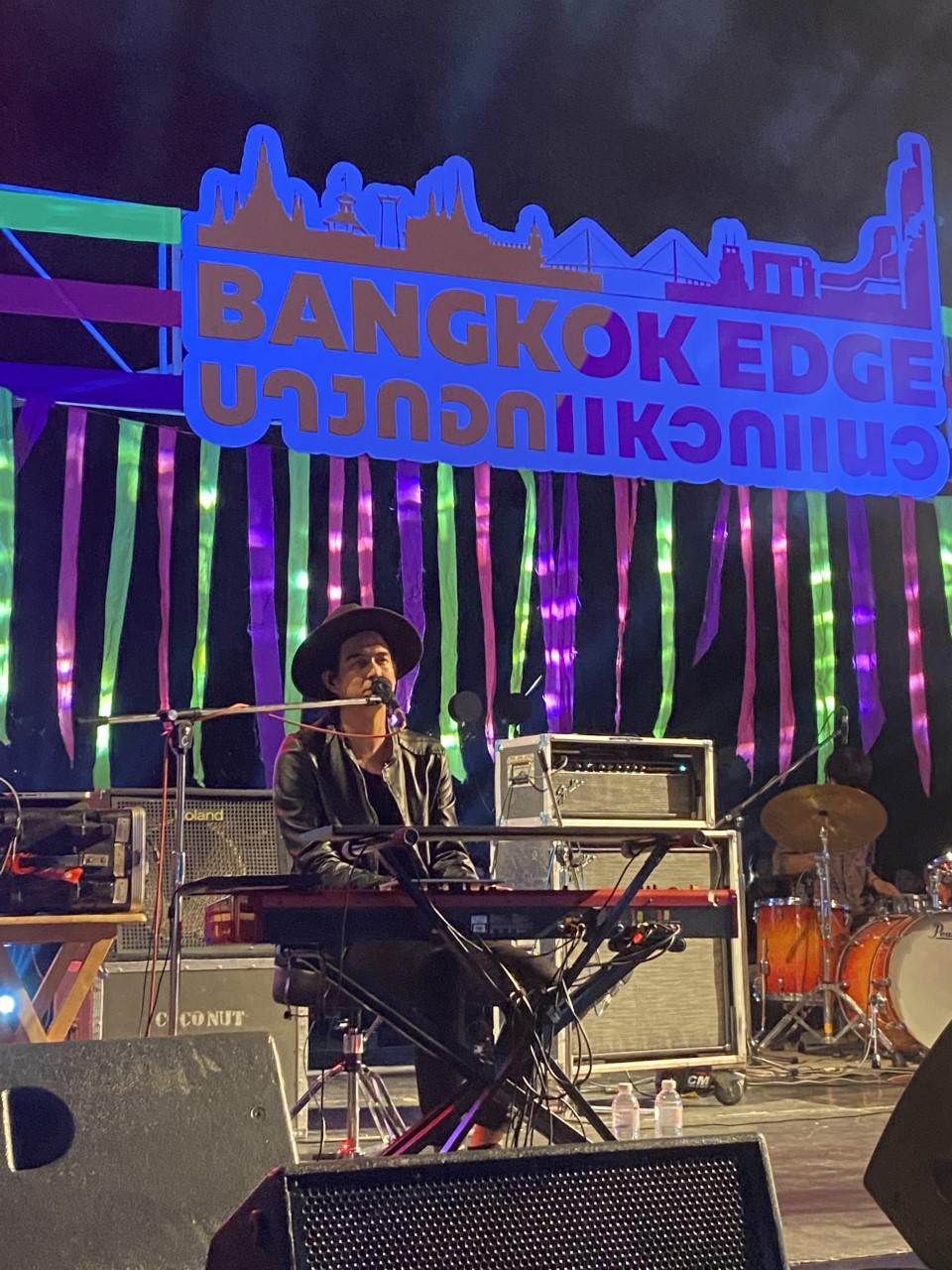 The evenings saw a change of pace as superstar Hugo and his band took to the stage to treat the crowd to some of his hits, while Liew Ajareeya gave a taste of some of the best of Thai music with a contemporary twist before Hye Apaporn rounded off with a spectacular show of dancers in leopard print wearing a lot of feathers. 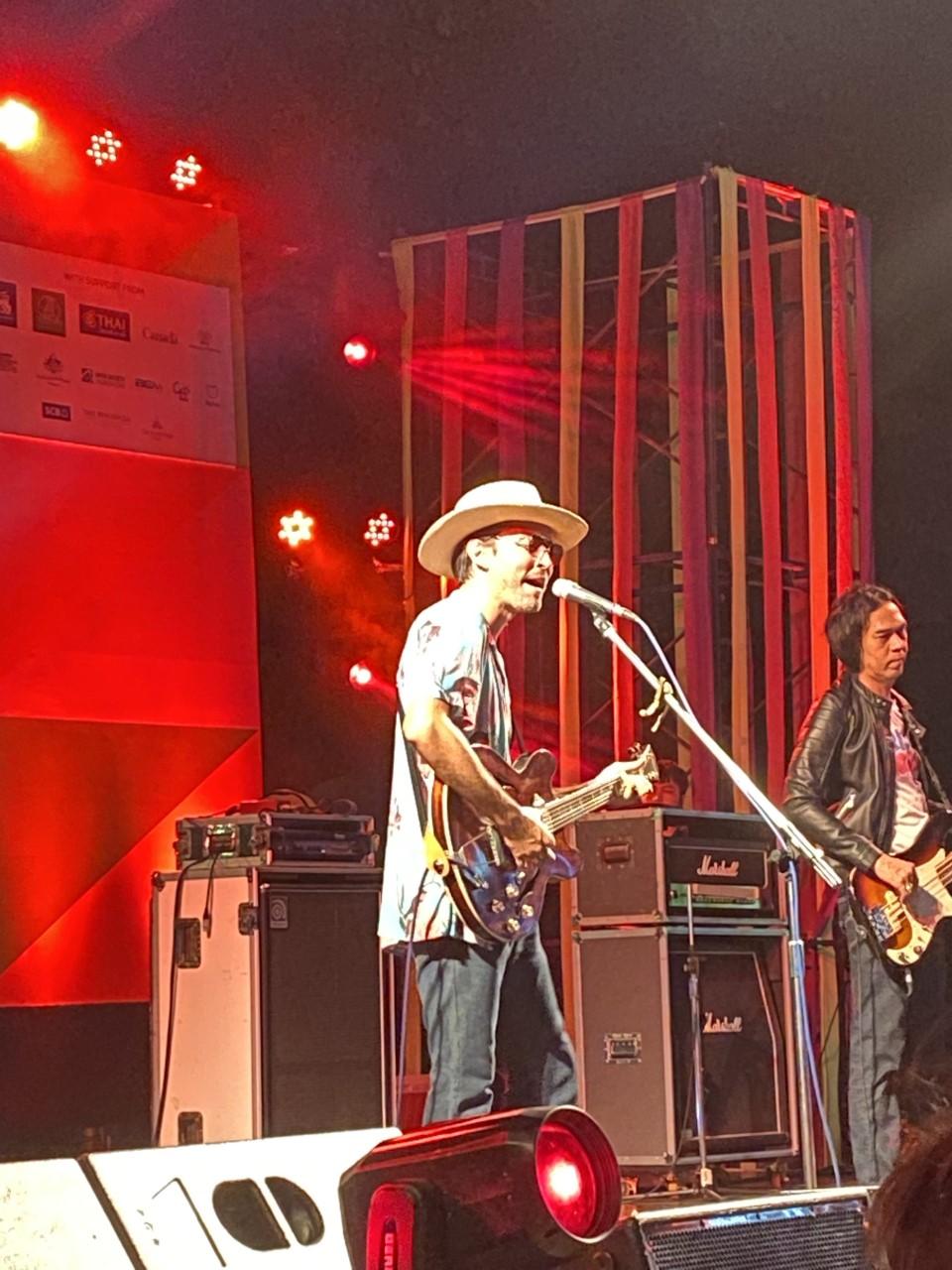 BangkokEdge is a Goldilocks-sized festival: not too big; not too small -- just right. Events like this take a lot of planning and seem to pass in a flash. But what a wonderful addition to the annual series of events that take place in the city. And how lucky for Bangkokians of all kinds that Narisa, overseeing business from her glorious Villa on the other side of the road, has set up something so lovely and perfectly formed that draws on Bangkok's rich cultural past, places it in the present day, and looks to the future for what may lie ahead.

Peter Frankopan is Professor of Global History at the University of Oxford.