Music with a message

After releasing the viral anti-junta single Prathet Ku Mee (What My Country's Got) two years ago, rap group Rap Against Dictatorship has not ceased to confront the government through their music, including well-known songs like 250 So Plo (250 Bootlickers), Before Darkness and To Whom It May Concern.

With over 12 band members, Rap Against Dictatorship recently released its latest single Sotus, which criticises abuse in universities. Although the band's latest tune doesn't directly attack the government, the song still associates Sotus with the military system.

Sotus is an acronym for Seniority Order Tradition Unity and Spirit, and it refers to hazing arranged by senior students in universities in which freshmen are made to do activities as ordered by their peers. While most seniors usually claim that the hazing ceremony is a tradition which instils a sense of institutional unity among new students, Sotus also reflects on the hierarchy in Thai society which allows seniors to treat their young peers as inferior.

One of Rap Against Dictatorship's founders, Dechathorn Bamrungmuang has raised questions about the Sotus system ever since he was a university student. Although he graduated from university almost a decade ago, he noted that many young people still experience the same abuse from seniors today.

"When I was a university student, I created a short movie about Sotus and showed it to freshmen and posted it online. Back then, the video drew a lot of comments and led to debates. Freshmen started thinking that they did not want to go through hazing and senior students were not happy with my action. That happened many years ago, but yet even now, I find Sotus being practised in many schools," Dechathorn said. 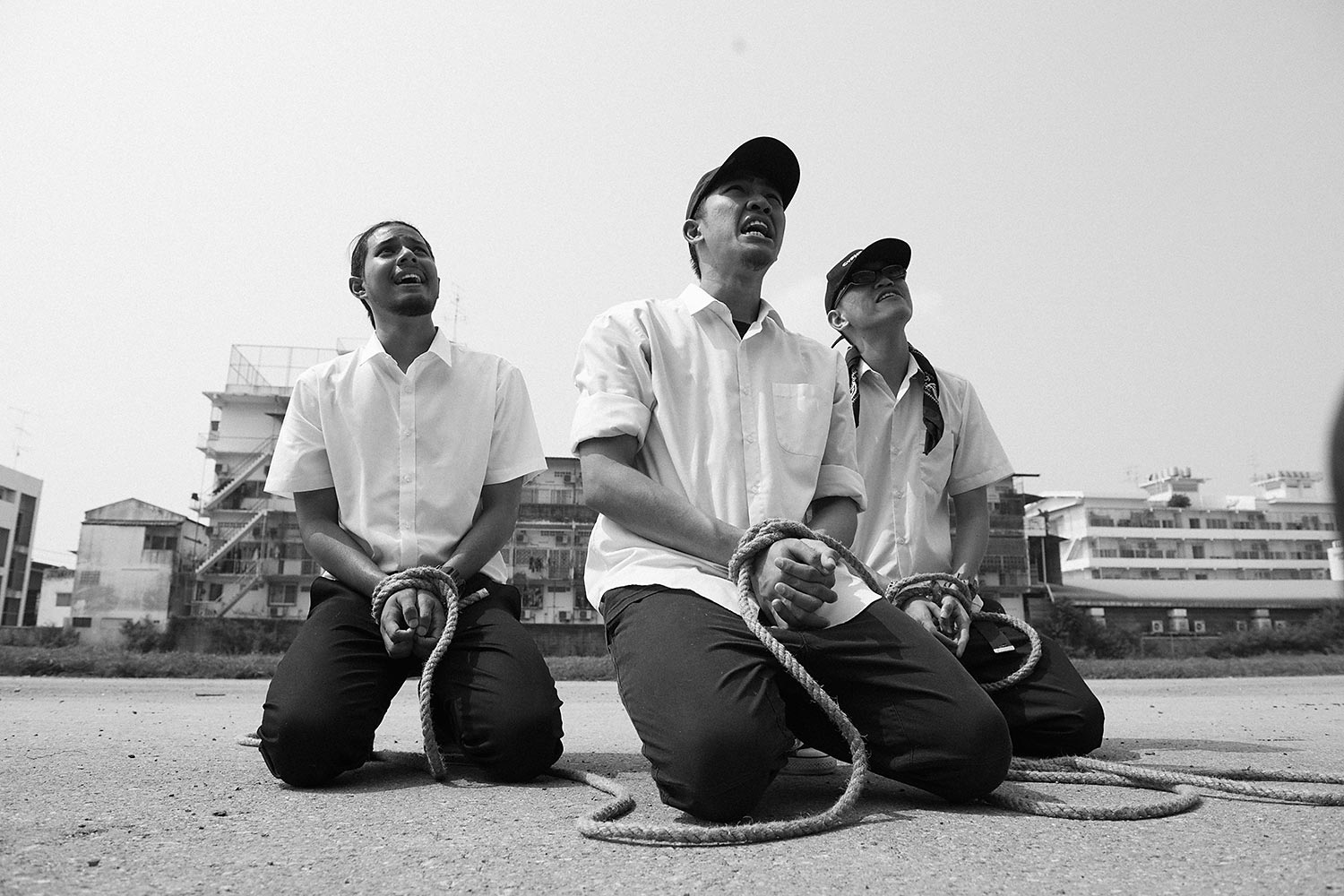 Executive producer of Sotus, Dechathorn believes the theme of "Seniority, Order, Tradition, Unity and Spirit" was created out of good intention. However, people who practise them in schools interpret them falsely.

"There are many ways to make people respect you. Young people are able to learn things by themselves. They do not need to be controlled to learn about orders or be forced to wai. In the past, people respected elders due to their age, but things have changed. For me, I respect people for their work. Age doesn't matter to me," said the 30-year-old rapper.

"We are aware that many universities have already banned hazing ceremonies, but we still see reports about injured freshmen at initiation rites. It is time to stop doing this. Don't claim that it is tradition. It's time to raise questions about hazing.

"For this song, we didn't expect to gain a lot of views on YouTube, so it was great to see listeners comment and share the video. We wish the song will reach our target audience -- university students and high school students."

Sotus has garnered more than 800,000 views on YouTube within one month of its release. Yet, Rap Against Dictatorship's signature song is still Prathet Ku Mee (What My Country's Got) as it is well-recognised as an expression of criticism towards the military government. During the junta era, the hashtag #PrathetKuMee became a top trending hashtag on Twitter every time young people felt frustrated about Thailand's political chaos.

"It was a surprise to see our song title as a popular hashtag. I think Thai people want a hero. When we encounter something, we start looking for someone to lead us such as Artiwara "Toon" Kongmalai who raised funds for hospitals and Bin Bunluerit who helped flood victims. Recently, the Future Forward Party was dissolved and people thought about #PrathetKuMee again. This means our country is still in trouble," said the rapper. 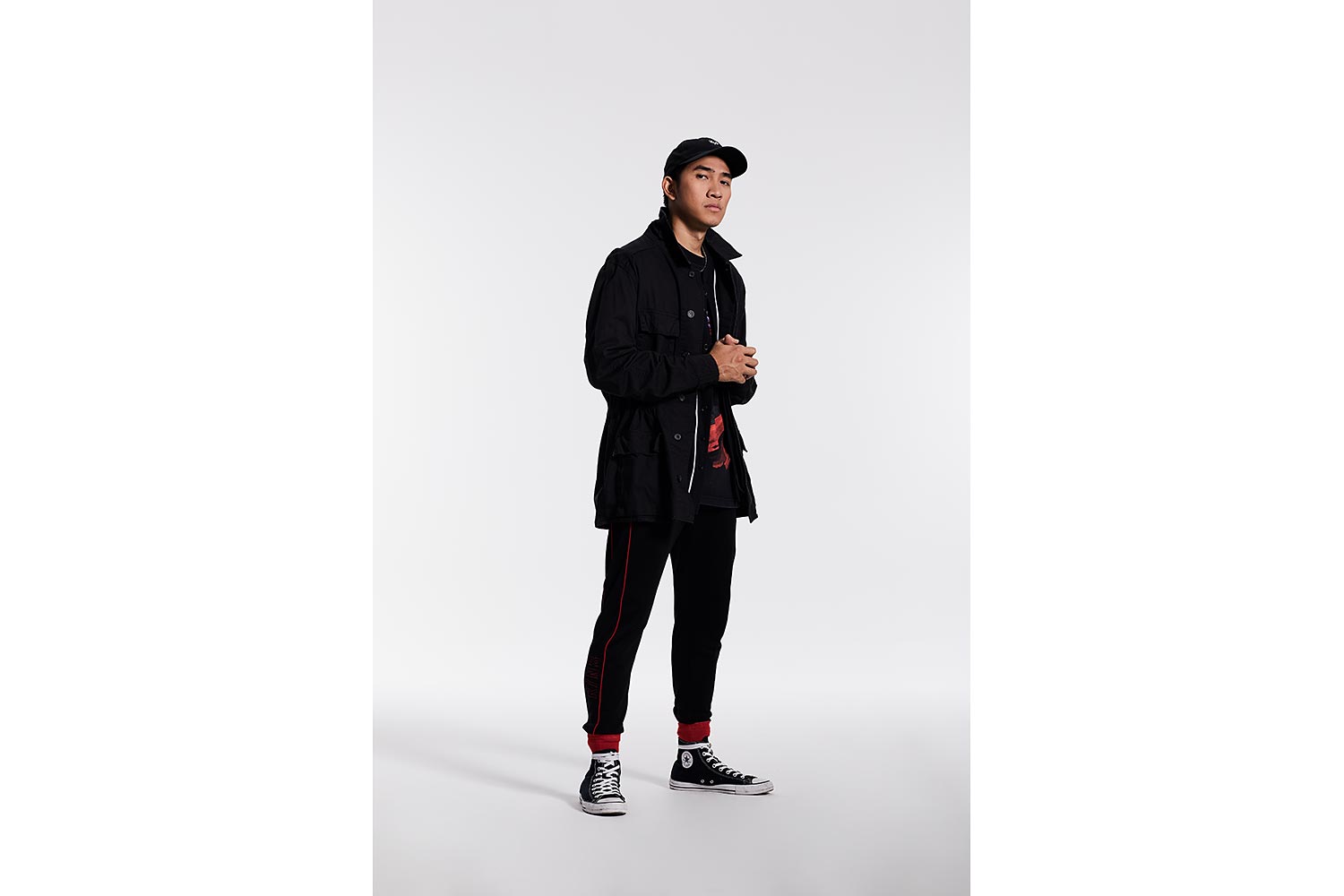 Due to the band's bold movement and creativity behind the song Prathet Ku Mee, Rap Against Dictatorship was awarded the Václav Havel Prize for Creative Dissent from the New York-based Human Rights Foundation (HRF) last year. Two rappers from Rap Against Dictatorship, Liberate P and Jacoboi attended the award-presentation ceremony in Norway as the group representatives.

"People overseas know what has happened to our country and we are the hope of the new generation. Before receiving the award, we felt that nothing would change despite our confrontation with the junta. However, the award became an inspiration for us to create more music and gave us the power to speak up about other issues."

On Rap Against Dictatorship's Facebook, they gave their permission to let anyone cover their songs freely. They also announced that they will perform at any protests for free.

"We started Rap Against Dictatorship without thinking about business. We just want our songs to encourage everyone to stand up."

Since the establishment of Rap Against Dictatorship, the band has been clear in its standpoint -- to confront dictatorship. The band shows that their goal isn't to support any politicians individually. However, when the Future Forward Party was about to be dissolved, Dechathorn -- as a representative of the band -- signed up for a campaign against the dissolution of the party on change.org.

Does this mean they support the now-dissolved Thanathorn Juangroongruangkit-led Future Forward Party?

"If Palang Pracharath Party wants us to attend a debate or to perform our songs, we are willing to participate in their events as well, but we will still sing our anti-junta songs. If they want to listen to our message, we are fine with it. Nonetheless, if they want us to write a song for them, we won't do it."

Back in 2018, the video Prathet Ku Mee went viral after police threatened to take legal action against the group, however, the band didn't face any charge. They can write more songs and perform around the country. Still the band members don't really feel Thailand has freedom of speech.

"When our song hit the headlines, it shows the restriction of freedom. The song wouldn't go viral if they [the authority] didn't try to control us. There were several attempts to disrupt rallies such as Run Against Dictatorship. We have some freedom, but there are boundaries," Dechathorn said.

The rapper confessed that they were worried that their songs might cause legal issues with authorities, but not anymore.

"We were worried about the song 250 Bootlickers the most because the lyrics were straightforward, but we didn't violate any laws and didn't want to break one either. If we can use symbols or beat about around the bush, we do so and let the audience interpret the song themselves."

With more than 91 million views and five million subscribers on YouTube as well as over 100,000 followers on Facebook, the band members enjoy their popularity and see a promising future. Yet, they do not have much hope for the toxic political climate that still blankets the skies of Thailand.

"After the dissolution of the Future Forward Party, we have less hope. On Twitter, we saw the hashtag #RIPThailand. It was devastating. Many young people just exercised their rights to vote for the first time. Some of them joked bitterly that the party they voted for the first time was dissolved. Future Forward Party was a symbol of the new generation. So it [the dissolution] was like the hope of the new generation had just vanished. The dissolution failed the young people. Some of them might not want to pay attention to politics anymore. We don't want them to feel that way. We want to create a song to encourage the new generation -- a song that says there will be a chance to change though we have to wait for several years," Dechathorn concluded.