I once had the rare privilege to see the great bluesman and songwriter Earl King, who wrote the New Orleans Mardi Gras anthem Big Chief, perform in a small club in Tokyo. Before he took to the stage another band performed, with a well-known young blues guitarist playing fast action licks and riffs at breakneck speed. In complete contrast, when Earl King played guitar he played far fewer notes, paring down the music to its essentials. I can still remember King's playing, but I can't recall anything the young pretender played.

I was reminded of this and the adage that less is more while I was listening to the spellbinding music created by Cuban pianist Omar Sosa and Senegalese kora (African harp) maestro and singer Seckou Toure on their second studio album Suba (Bendigedig), which I mentioned a few months back.

Sosa and Toure's first album, the well-received 2017 release Transparent Water (Bendigedig), featured the duo's collaborative exploration of their shared cultural connections and African roots; the duo are again joined by Venezuelan master percussionist Gustavo Ovalles. Sosa is regarded as one of the most adventurous jazz musicians to emerge from Cuba and in his long career he has garnered many awards, including Latin Grammys.

Keita, who has been based in the UK since 1998 and has recorded several amazing albums with Welsh harp master Catrin Finch, is regarded along with Malian kora master Toumani Diabate as one of the most accomplished kora players and among the most adventurous. His background is unusual in that he comes from Senegal, which is not as well known for its kora music as Mali or Guinea, although it should be mentioned that like Diabate he comes from a long line of griot or jail praise singers and musicians from Casamance in southern Senegal.

The new album, the title of which means sunrise in Mandinka, is sung in the language spoken by Mandinka people of Guinea, Guinea-Bissau, Gambia and Casamance in Senegal. It is very similar to Bambara and Malinke found in Mali (think of Salif Keita and Zani Diabate as examples of Malinke speakers).

And with this sunrise come songs like Drops Of Sunrise, Voices On The Sea, Floating Boat and No One Knows, which are contemplative, ethereal and, most tellingly, contain no solos, preferring instead to only play those notes that matter, what Sosa refers to in Andy Morgan's liner notes as "minimalismo". Guests like Dramane Dembele, whose haunting flute soars on Voices Of The Sea, and Jacques Morelenbaum, with his exquisite cello riffs on Rei's Ray and Voices Of The Sea, add extra texture and depth to this set of contemplative songs. I found this album joyous and inspirational -- the musical colours, harmonies and rhythmic textures on it provide a calm, sonic space for the listener to enter and surrender to. In these troubling times, Suba is a welcome respite for the weary. 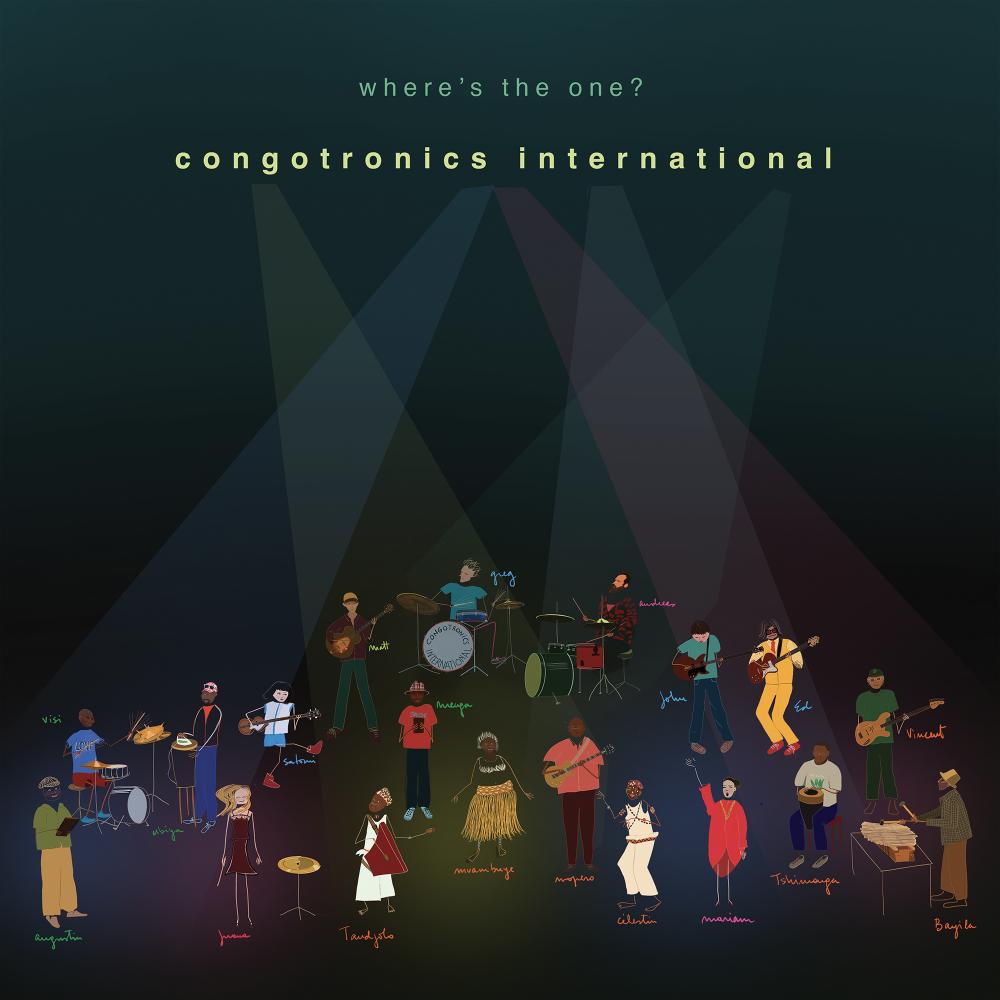 In complete contrast to the calming beauty of Suba, Congotronics International's Where's The One? is an album bursting with ideas and sounds from a multi-ethnic, multinational collaboration between musicians from all corners of the planet. This long-awaited project features Congolese musicians Konono No.1 and Kasai All Stars, alongside Western acts and musicians like Juana Molina, Wildbirds and Peace Drums, Matt Mehlan and Vincent Kenis.

Congotronics, a kind of street-based Congolese electronica mixed with found and repaired equipment, and Congolese popular music featured on two hugely popular compilations from a few years back. In addition, the paraplegic band Staff Benda Bililli took their syncretic street sound to the rest of the world on two amazing albums, Tres Tres Forte (Crammed Discs, 2009) and Bouger Le Monde (Crammed Discs, 2012), and a reformed version of the band released Effacer Le Tableau in 2019 (Note A Bene).

The producer of Bouger Le Monde Vincent Kenis also helms the new project, which was important as the Western musicians struggled to understand the polyrhythms of Konono and Kasai All Stars' music at first, hence the title of the album, Where's The One? (a reference funk fans know well). The new project celebrates the 10th anniversary of the concert tour, Congotronics vs. Rockers, Congotronics made in 2011.

I have yet to hear the full, anarchic and funky album yet but a cracking live version of the title track is available on YouTube, along with a short film by Pierre Laffargue on the making of the album. Look out for this release, highly recommended.