Girl with the big bass

Each month, LIFE will treat you to the informative, the relevant, the hot, the cool, the upcoming, the useful and sometimes the useless, with a mixed bag of enhanced previews, bite-sized looks at local and international events, trends, personalities and artists, and other titbits. Put simply, it's what we believe you should get to know better in our vast ocean of contemporary culture.

She may not be a nominated actress _ she's not even an actress _ but jazz bassist and singer Esperanza Spalding had her Oscar moment at the 84th annual Academy Awards, when her rendition of Louis Armstrong's What A Wonderful World became the talk of the town for its mesmerising, soulful interpretation. 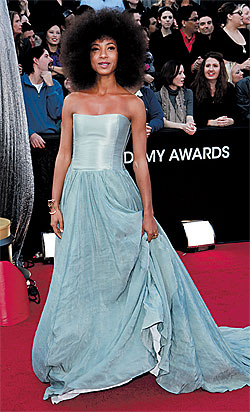 The 27-year-old artist stepped into the spotlight when she was named the best new artist at the Grammy Awards last year, beating pop idol Justin Bieber to the delight of many and the dismay of the Canadian's fans. Born in Portland, Oregon, Spalding discovered her love of bass when she was 14. She later furthered her education at Berklee College of Music, where she was awarded a full scholarship. Shortly after she graduated, Spalding was hired by her school to teach, making her one of the youngest professors in Berklee's history at the age of 20.

In 2006, Spalding released her first studio album, Junjo, on Ayva Musica. But it was her second album, Esperanza, released by Heads Up International, that landed her fame and accolades. Last year, after the release of her third album, Chamber Music, she was named by Billboard as the best-selling contemporary jazz artist of 2011, while her album was the best-selling contemporary jazz album of 2011.

This month, Spalding returns to the scene with her new album, Radio Music Society. 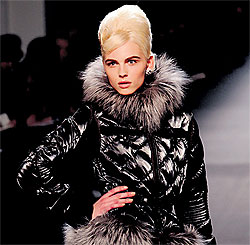 Born in Bosnia-Herzegovina, Andrej Pejic is an Australian model who has made a stir in the global fashion scene for being one of the most wanted faces for both male and female runways.

The 20-year-old androgynous blonde was scouted when he was working part-time at McDonald's in Melbourne. That was when he was 17 and his career took off. Admiring him as his muse, French designer Jean-Paul Gaultier chose Pejic to walk for both his men's and women's shows. And last month, Gaultier once again picked him for his recent couture shows.

According to a report in LGBT magazine Out, rumour has it that French film-maker Florence Dewavrin is interested in casting Pejic in an adaptation of controversial author Honore de Balzac's novel Seraphita. The book centres on a twisted love triangle anchored by Seraphitus, a mysterious and androgynous character that was loved by a man (for believing him to be a woman) as well as by a woman who admired him as a man. 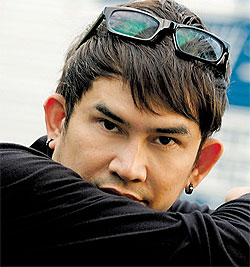 Poj Arnon and love during the flood

We did a profile of the film director three years ago, but this month it's worth taking a brief look again at Poj Arnon and his new movie. Poj, like Margaret Thatcher in a way (not the hair), is a very divisive figure in a playing field full of divisive figures: the audience loves his movies, though detractors never get tired of ridiculing, disparaging and raising eyebrows (or something else) at what they see as pre-packaged nonsense that corrupts the integrity of Thai cinema in the director's prolific output.

Poj is best-known for cooking up the infamous gay-ghost hybrid _ a slate of homosexualised horror-comedy that relies on vulgarity, gags, puns and fun. But Poj must also be credited for his quick response to the national mood, and for his perverse flair in turning our worries into commercialised products. Last year he produced (someone else in his camp directed) a ghost film based on the scandalous news about 2,000 aborted foetuses at a Bangkok temple. And this month, Poj will release his latest film, Rak Ao Yu. As usual, it's linguistically impossible to translate his film titles, and this one flagrantly borrows the much-mocked phrase of our prime minister who kept saying during the flood that the government "ao yu" ("can handle it", though the phrase doubles as a sexual pun). The story is about romance in the time of flooding _ straight, simple, and probably silly.

Considering that Poj had only two months from the time of the flood to raise money, come up with a story, cast the actors, shoot, edit and release his movie, this guy works incredibly fast. Too fast to be true. Anyway, Poj usually doesn't write a script, and he goes to the set with a rough idea of the story and improvises everything. Never mind the government, this guy is the one who really ao yu. That phrase suits him better than the PM. 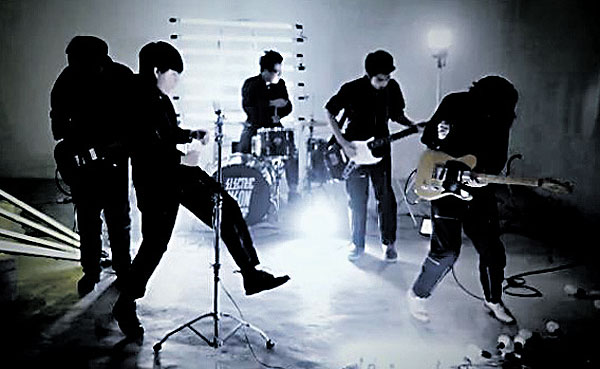 There must be something in the Chiang Mai water that keeps churning out good bands of late. Mind you, Electric Neon Lamp are no strangers to the music scene. They've been around since 2007, but now signed to Sony Music Thailand and relocated to Bangkok, ENL are not taking music lightly any longer.

Jensakda Jarana (vocals), Nawat Jiraboonraung (guitar/synthesiser), Wathunyu Suriyawong (bass), Tanphun Kanacharoen (guitar) and Ratcha Wattanachitranon (drums) proudly stated on their Facebook fan page that they're not a good-looking band, but they go crazy on stage. I'm not sure about the looks department as they look cool enough to join the indie royalty ranks, but the going crazy on stage part is more than true. After watching them playing Fat Festival for two consecutive years, I can confirm that ENL only get better as years go by.

Latest single Pawinee was released last week two days prior to the scheduled time slot. Someone leaked their track online before it was supposed to be released, and the band was quite miffed about it. But that's water under the bridge now that ENL's brand of indie dance looks set to take over.

Comedian Teng Therdterng has a golden touch. Everything he does turns into a national hit. Besides his comedy shows and movie franchise, Teng also dabbles in music. Last year, he gave Thailand a widespread national anthem called Kin Tub (Eat liver).

Staying true to his pun-intended, sexual innuendo comedic signature, Kin Tub can be interpreted in many different ways _ just let your imagination go wild. For a while, it was difficult to escape the upbeat song and its funny dance routine.

This year, Teng is back once again with another track, Rong Hai Ha Por Thur Rue (Are You Crying for Your Father?). For this song, Teng opted to go down a mellow path, but its cheeky nature disguised as sad lamentation hit home with many, and it looks like Teng has another megahit on his hands.

Rong Hai Ha Por Thur Rue has so far proven to be a favourite across the board, from youngsters to highbrow music snobs due to its side-splitting humour. Expect to hear this song throughout the year. Until Teng comes out with the next one.