Hysterical nuns come close to satisfy the sky-high expectation that characterises the state of mind of Cannes critics, though it’d be unwise to pronounce Cristian Mungui’s fashionably pessimistic “Beyond the Hills” a runaway success. The film has its moments and a few great scenes; this is a story of a young woman who’s accused of being demonically possessed after she reunites with her childhood friend, a nun in a rural Orthodox church, and we see all necessary symbols, from a homemade cross to filthy mud and the arrival of the police at the sacred house of God. Mungui, who won the Palme d’Or in 2007 with “4 Months 3 Weeks and 2 Days”, treats us to the Eastern European delicacy of black comedy while asking us to witness the duel of two structural powers: state and religion. At 150 minutes, it goes on slightly too long, but this is at least a film that will be in the debate during the days to come.

Let’s take a break from the Competition titles to take a look at the Thai films in Cannes. Our own Palme d’Or winner, Apichatpong Weerasethakul, has two films showing in Cannes this year. Yes, two. The good news is that you can turn on your computer and watch one of them right now. 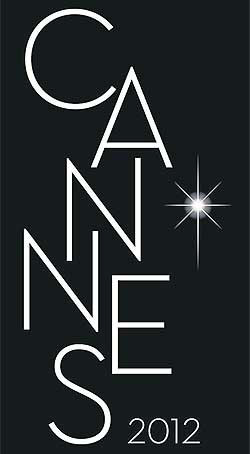 Apichatpong's "Mekong Hotel", his latest visualisation of myth and fragments of movie rehearsals, premiered in the Official Selection on Friday. But the other less-publicised film is the more personal and surprisingly touching "Ashes", a 20-minute collage of the filmmaker's journey that is available now on the streaming website Mubi.com. Shot mostly on Lomokino, the new manual, compact 35mm film camera, "Ashes" has the look of a salvaged dream, slightly tattered, fascinatingly imperfect. The film has a point-and-shoot, on-the-fly spontaneity, and the director maximises the toy-like quality of the Lomo device while crafting a passionate diary about his dog, his friends, his trips, his activism. The dream alchemy is in full bubble, and yet it contains Apichatpong's most overtly political statement to date: its middle part is a record of the protest in support of the prisoners charged by the lese majeste law (the point is lost among most viewers at private Cannes screenings) and while the Lomo visual is surreally fuzzy elsewhere, the same texture renders this midsection a bitter, realistic quality. Its politics is clear, but it's not a rally or a scream. And beyond that, it is a beautiful cinematic experience that goes beyond a mere advertisement of the camera. The Lomokino shoots without sound, yet "Ashes" comes equipped with sound mix and dialogue, including a part where the director recounts his dream that he'll stop making film and concentrate on drawing his memory instead.

"Ashes" was not part of Cannes selection, but I believe that it will probably get seen much more than "Mekong Hotel", a 60-minute film that drifts with a rhythm as laid-back as the river in the title. On Mubi, the film can be seen in HD quality -- the Lomokino is a 35mm camera, with each roll lasting 20 to 30 seconds, depending on how fast you manually roll it, but the film was processed and transferred to digital for its online release. "Ashes" proves that in good hands, and despite the fire that burns with dazzling intensity at the end, what remains in a good film is always something more palpable, longer-lasting than mere ashes.