The sky's The Limit

Life is a balancing act for James Tanabe, a professional acrobat and former artistic director of Cirque du Soleil. Today, with his own company, Tanabe is juggling projects in India, Uganda and Thailand. This weekend, the aerial choreographer will stage Lang Ling The Aerialist, Thailand's first contemporary acrobat show, at Aksra Theatre. 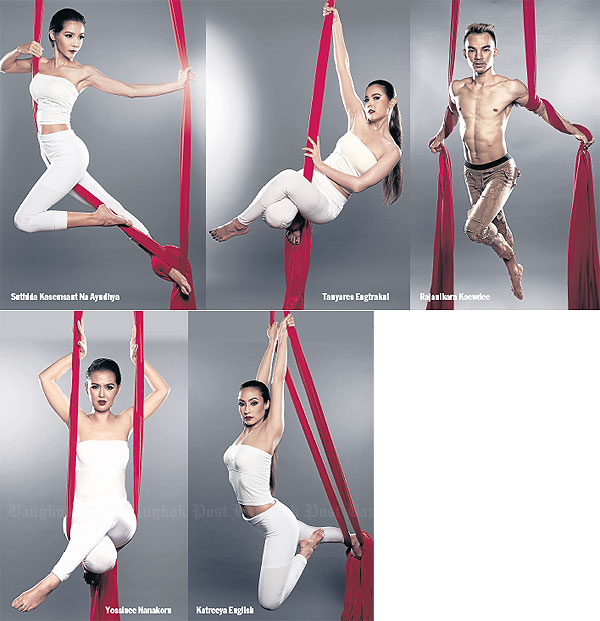 But Tanabe has more up his sleeve than airborne tricks and mid-air somersaults. After leaving Cirque du Soleil, he pursued two master's degrees at the University of Pennsylvania. He also holds a bachelor's degree in planetary science from the Massachusetts Institute of Technology (MIT) and a diploma from Canada's National Circus School.

"At MIT, it was so much about science that I needed to do art, and after that I needed schooling again so I went to business school. The day after finishing business school, I was on a plane back to Asia in order to do art again. I need to get this balance," said the 35-year-old Tanabe, who also completed an MBA in May of this year.

Having worked in 18 countries, Tanabe doesn't really have a place he calls home. To him, "home is where the art is". 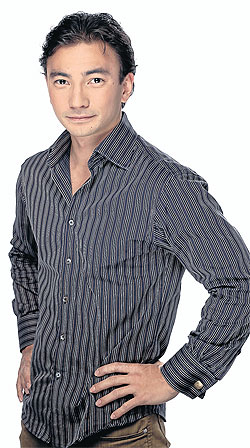 Tanabe's previous collaborations in this country included helping the Patravadi Theatre develop Thai performers in acrobatic arts. One of these performers, Rajanikara Kaewdee, later used his aerial skills to win the second season of Thailand's Got Talent.

Rajanikara used the cash prize to open an acrobatic school, Kara's Vic aerial art studio, and the students _ alongside Rajanikara _ will perform in Lang Ling The Aerialist.

The collaboration with Rajanikara's school has Tanabe directing and developing the content of the upcoming show with a Thai flavour.

"Thailand has not been exposed to aerial art," Tanabe said. "But this is a good thing because we can use Thai creators, performing artists and stories to create a uniquely Thai-style aerial acrobatic show."

Based on the Ramayana epic, Lang Ling The Aerialist presents the story of Hanuman and four of his many wives. Many Thais are familiar with the literature, which will allow audiences to focus on the beauty of the production's aerial art. Tanabe hopes that one day aerial acrobatic shows will be as popular here as they are in North America.

"When I see the calibre of [the local] performing artists, I really feel that we're at a turning point in Thai performing arts," said Tanabe, whose business background enables him to use strategic planning and development to take contemporary performing arts to the next level.

"Artists usually think about today, and if I didn't have a business background I would just make a show artistically. But the reason we're making this show is to make the next one," he said. "If people like Lang Ling The Aerialist, we start working immediately on the second show, and plan what we need to do in the long term. We always need the next step that will take us to achieve goals five or 10 years down the road."

One of those goals is to groom the next generation of acrobats. In 2006, Tanabe worked with the Patravadi Theatre to establish a non-profit acrobatic arts education programme for talented youths in Bangkok. This programme has been integrated into Vic Hua Hin performing arts school.

Tanabe is a guest instructor at the Hua Hin school and at Kara's Vic aerial art studio, which offers private and group classes for youths and adults.

In North America, professional training in acrobatics is much more advanced than in Thailand. Tanabe gave up his career as a space researcher to attend the National Circus School in Montreal, where academic subjects are combined with circus arts disciplines for preparatory and higher-education programmes.

It was his childhood dream to become a great stage performer, and at circus school, he majored in hand balancing and minored in acting.

"When I studied science, it was all about analytical thinking, but at circus school we have a very different way of thinking and feeling," Tanabe said. "At first I had to think a lot about doing a trick, but I learned that the less I think, the better I can do it. It's about trusting and feeling the body, and you just do it."

In his 15 years of experience as a professional acrobat, Tanabe said he has performed over 600 times. Whenever he is on stage, he said, it is like he is meditating.

"Performing feels like doing meditation. Your body is doing something, but your mind can't be there," he said. "If you let your mind work, saying this and that, it can be dangerous. You just let the body go and not focus on anything." During his three years as Cirque du Soleil's artistic director, he led the troupe through its first Russian tour. Before one performance in Kazan, a bomb threat caused him to evacuate 2,900 people from the theatre. Crisis management was a part of the job, in addition to developing artistic content and marketing strategies to target different audiences in six countries.

Likewise, Lang Ling The Aerialist must relate to a Thai audience while showcasing acrobatic feats at the same time.

"Whether art or science, to me they follow the same processes but give different flavours," Tanabe said. "Staging a show is like cooking. You're mixing ingredients and serving it to an audience for them to enjoy."