All things considered, the 14 stories in the collection translated by Marcel Barang read like a list of social issues a Thai should be aware of: participating in last year's protests without genuine understanding and interest; having an affair with someone of an opposing political colour; the death of red-shirt poet Mai Nueng; violence in the South; hilltop villages; the move from local farms to factory farming. And Buddhism. 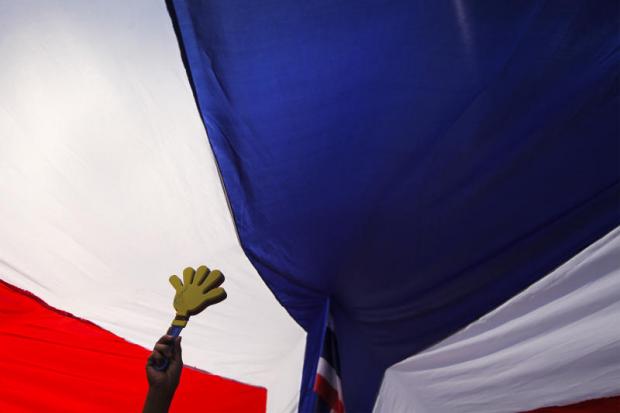 14 Thai Short Stories – 2014, part of an ongoing annual series, opens with the most notable story in the collection, Wiwat "Filmsick" Lertwiwatwongsa's Another Day Of 1984 Happiness, a story of immediate relevance divided into four parts. In the first, a woman is haunted by a ghost from her past. She has a crush on a co-worker, but he's in love with someone else. The kamnan rallies bring them together. Everyone talks about politics. "They talked about politics as if they had followed such things all their lives, even though Malee had never seen them read anything but entertainment news on the internet."

In the next, a woman becomes the mistress of a man who wanted to buy a brown refrigerator. He looks like Nattawut Saikua, a red-shirt firebrand. The demonstrations give he and his estranged wife a common cause, and they are reconciled. The mistress masturbates to Nattawut Saikua on TV.

In the last part told in the second-person narrative, a gay man reads 1984 in public, pisses people off on Facebook, and has sex with his lover who is also his cousin. "Your old lover told you that your disorder was the only power you had in opposing the state. You thought it was a joke, but the comical conversation you didn't understand remained with you." 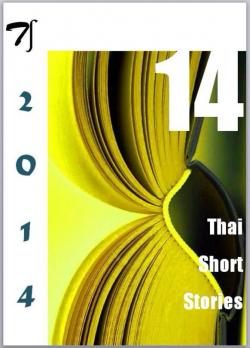 Here, Wiwat treats the absurdity of reading George Orwell's book as an act of defiance, of the battles fought on Facebook, with ingenuity. No one knows why he or she is angry or sad. Is it because of politics or is it the relationship and are these things even mutually exclusive? Political engagement takes precedent over sexual engagement. Life is politics. The story engages, through content rather through form — a good opening for a collection of stories on a wide range of subjects.

In many stories, the various conflicts in Thailand serve as a basis for the various vulnerabilities faced by each protagonist. In Dusk On Charoen Pradit Road by Rattanachai Manabutra, an accident that sets a soldier's M-16 flying and firing bullets in Pattani — an occurrence not so out of the ordinary — is set against a backdrop of a failing relationship. In Approach To Paradise by Nok Paksanavin, the protagonist's lover, Firdaus, who was fascinated by banned books — "In the days of Saddam Hussein, the list of banned books was very long, starting with Virginia Woolf, and even the works of that writer you like, Jean-Paul Sartre" — dies without explanation. It feels, as you go through the story collection, that these are the themes writers and readers are supposed to be preoccupied by. The language is sometimes clumsy, with words calling attention to themselves. "After helping each other wash the dishes he would enter you." And, "Gee, the soda has turned flat! He likes it better to drink when the soda is still bubbly".

Some of these stories could, in fact, be skipped altogether. Many simply don't warrant reactions or emotional response. In Laweng Panjasunthorn's The Time Trader Who Worships Love, a small-time writer begins a business literally "selling time", because, well, his lover had left him with a note saying, "Give me some time and then I'll come back". He makes millions by collecting wasted time and then selling it, "time for love" at the lowest price. He makes millions. "The time I sold was in popular demand. No price gouging: I sold time at reasonable prices. My business was growing so fast I hardly had any time left to do any writing, but I wasn't worried, because I sold time, so I had plenty of it available." Perhaps it's a metaphor but this bit of imagination goes unexplained. All I know is I want my time back.

The book closes with an apt and thoughtful meditation, A Poem Should Not Mean But Be, by Saneh Sangsuk (the real name of the latest SEA Write winner Daen-aran Sangthong), who has two stories in the collection.

A writer sits at a bar, thinking about Buddhism and the things he's read, from Rabindranath Tagore to Jorge Luis Borges. He gets beaten up.