Across Indochina the movie houses are bubbling with energy, and as the region's big brother in popular culture, Thai film is quick to tap into these growing markets. Some recent examples: The teen comedy May Who?, which came out here earlier this month, has just opened in Laos and Cambodia (with the same familiar posters, but with the wriggling scripts of the local languages). 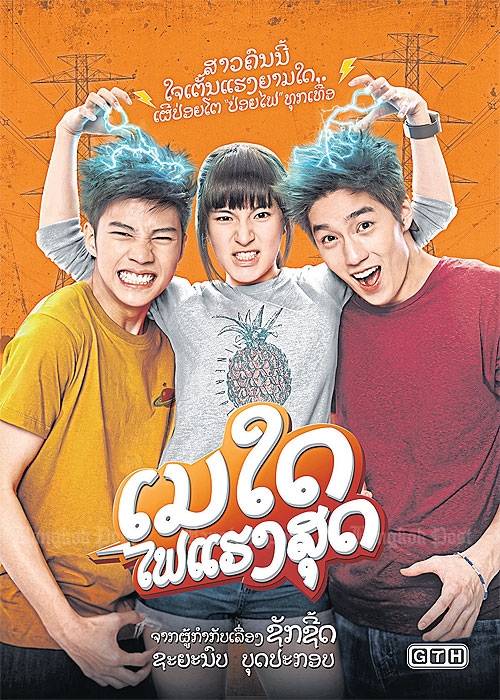 The Lao poster for May Who?.

Another hit Thai film from August, Freelance, has recently been released in Laos, Cambodia and other Asean countries. Later this month the ghost film Mon Son Phi (Ghost Ship), about migrant workers on a haunted ship, will open in Thailand and subsequently in Myanmar, Cambodia, Laos and cinemas across Southeast Asia.

Last month, the Thai film Mon Love Sib Muen, a song-filled romance set in the countryside, became a huge hit in Cambodia, which now has brand-new multiplexes. The star of the film, Chaiyapol Pupart, went on a promotional tour and was greeted at the Phnom Penh airport by hundreds of adoring Khmer fans.

Thailand's dream of becoming a giant cultural export like, say, South Korea, may not be realised yet, but our movies (and television productions) have cemented their place as a form of popular entertainment in the region. Thai content has been a staple in Laos, Myanmar and Cambodia for years, but what makes a difference now is the atmosphere of openness and the construction of new multiplexes in the region. Also, as Asean co-operation becomes a national agenda, Thai cinema is spearheading the commercial and cultural reaches in the increasingly receptive Indochinese nations.

"In Indochina, Thai films have advantages because the audiences there are familiar with our music and TV soaps," said Yongyooth Thongkongtoon, director of the international division of the Thai movie studio GTH. "They know our stars, they know we have a reputation. Now the movie market [in countries that were once sleeping] are more active, largely because of the opening of multiplexes in Cambodia and Laos. Only Myanmar doesn't have one yet. "But the enthusiasm is everywhere. When we released Pee Mak Phra Khanong [a hit Thai film in 2013] in Yangon, the local distributor rented a stand-alone theatre solely for the film and it was a success. The potential keeps growing."

Gilbert Lim, executive vice-president of Thai studio Sahamongkol Film International, said the film Mon Love Sib Muen made over US$200,000 (7 million baht) at the Cambodian box office, one of the highest-grossing Thai films there.

"It may not sound like an impressive figure [the film made three or four times more in Thailand], but in fact it is, when you consider the size of the market," said Lim, who's been working for the Thai studio for over 20 years. "The Cambodian market has improved a lot; in my view it's the most promising territory in the region. Now Thai films are almost as big as Hollywood films there."

Culturally speaking, this also shows how Thai pop culture is a dominant force in the region. We hardly -- almost never -- see Cambodian, Lao, Vietnamese, Malaysian or Indonesian films released in Thai multiplexes, while viewers in those countries have constantly had access to entertainment products from Thailand (and South Korea, a heavyweight who diligently casts its net into the region as well).

The issues of taste, familiarity and language are relevant, with varying degrees in different markets. Thai films released in Laos need no subtitles, but in Myanmar it's a requisite. In Cambodia, most of the times the dialogue is dubbed. Films shown in Malaysia sometimes need two or three different sets of subtitles in local languages. In the 2000s, it was only Thai horror films that were in demand -- in Indochina as well as Singapore, Indonesia, Malaysia -- but now comedy, romance and drama stories are gaining popularity too.

"Ghost films still have an edge, viewers in other countries still believe in the quality of Thai ghost movies," said Apiradee Iamphungphorn, managing director of Five Star Entertainment, which produces many horror films.

"To me, Vietnam represents a great opportunity because the market is big and the audience is ready. But the problem is state censorship -- it's hard to say why but sometimes ghost films are now allowed there. Our film 3AM -- an ensemble of horror stories -- didn't pass the Vietnamese censors, while another horror Dark Flight did.

The success of Mon Rak Sib Muen in Cambodia confirms that drama and romance can cross over any language and cultural barrier. Last year, the romantic comedy I Fine Thank You Love You was also a serious hit in Phnom Penh -- bigger than most Thai ghost films. Likewise in Indonesia, a country well-known for its glut of local horror flicks, the film surprised many by becoming a huge success, beating the haunted-house Laddaland as the biggest Thai film there. In a curious take and further evidence on the influence of Thai films, Indonesia recently remade I Fine with local stars.

"It was almost a shot-by-shot remake," said Yongyooth of GTH. "But what's strange is that the remake made less money than the original Thai film, despite all the local elements."

Yongyooth added that Thai films have a hard time penetrating countries that have a strong local film scene -- in Asean, it's the Philippines.

"In Laos, Cambodia and Myanmar, we're competing with Hollywood because those countries do not produce many films. But the Philippines has a robust film industry, and we have to work harder to increase our market share." Thai films enjoyed a spectacular surge in international sales in the early 2000s with global hits such as Shutter, a horror film, and the martial arts Ong-Bak -- each film was released in dozens of countries around the world. Before that, the film industry had been purely domestic.

Expanding the market and sales figures are also a point of cultural pride as well as an economic boost, given how we often look up to South Korea and its tireless engine of pop culture export. The main markets for Thai films used to be Europe and the Chinese-speaking territories such as Hong Kong and Taiwan, as well as Southeast Asia. But since the fad of exotic movies waned in Europe, the Asean market is set to grow in importance.

"Selling to Europe is a bonus now," said Lim of Sahamongkol Film. "The Asian market, especially Southeast Asian, is more reliable. In a place like Myanmar, which is still small, I believe one of these days it can explode into something much bigger. We're waiting for that to happen." 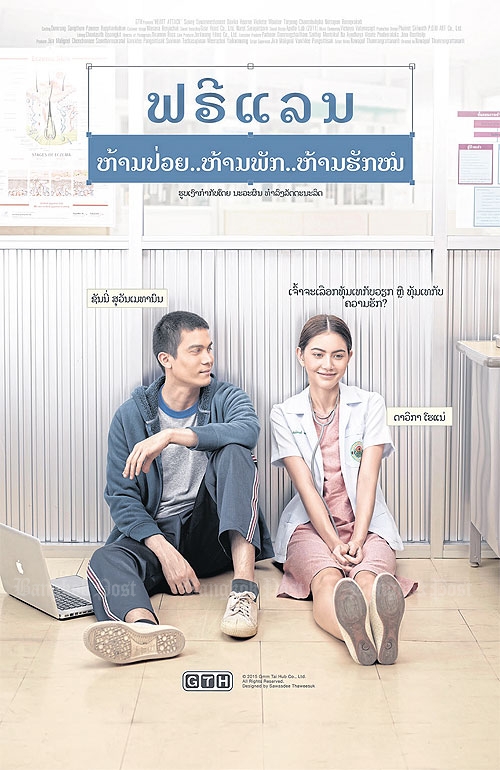 The Lao poster for Freelance. 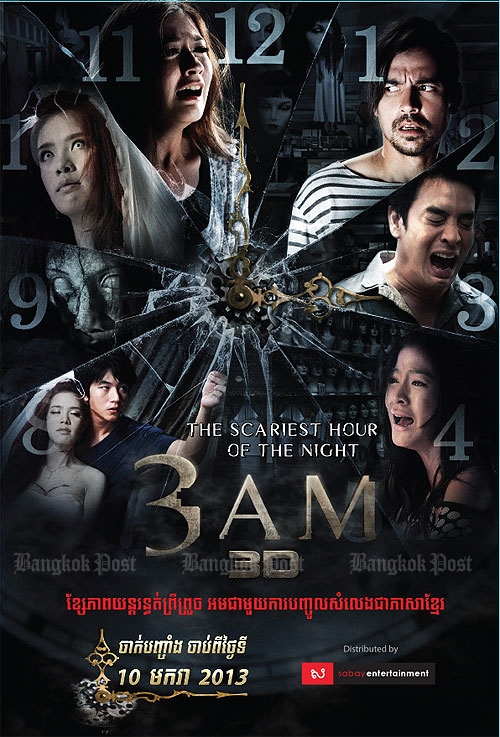 The Cambodian poster for 3AM.