Thailand continues to revolutionise the architectural industry, from the pixelated MahaNakhon in Bangkok to the Choui Fong cafe in Chiang Rai that elegantly emerges from a terraced tea plantation

What defines modern cities is their buildings. And what defines the Bangkok skyline is its chaotic yet somehow harmonic coexistence of the very new and very old: Age-old temples are nestled between shimmering malls, robot and elephant buildings are the norm.

Now, the city's tallest building is one of the most unusual architectural structures and the excitement around it has raised the question whether the city is ready for more.

"[Today is] an era where architects have freedom of expression through their design," said architect Duangrit Bunnag. "There seems to be no specific principle anymore. The design is more individual. I've found the work of younger generations in the architecture industry interesting and they are very active, putting a lot effort in their work to get recognised."

Siriyot Chaiamnuay, co-founder of Onion architecture firm who designed standout spaces like Sala Rattanakosin and Sala Ayutthaya, also has similar ideas. "I think we're past the era of following trends," he said. "Architecture is getting more interesting, as society is becoming more open and more individualistic."

And though the economy has stunted architectural development, this year we still see enough unique and interesting spaces that reshape the skylines and urban design of Thailand's major cities. Here are Life's picks of some of the standout structures of this year. 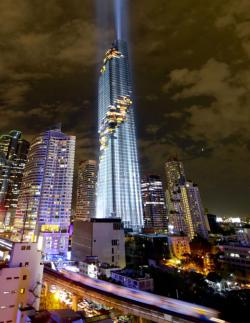 "The jenga building", "the pixel building", "the unfinished-looking building" -- whatever you may want to call it, the MahaNakhon definitely makes it on this list. Standing 314m tall, the 77-storey mixed-use skyscraper is now Thailand's tallest and most distinctive modern structure. Designed by leading German architect Büro Ole Scheeren (to the dismay of a few chauvinists and legal prudes, since architecture is a profession reserved by law for Thai nationals), the tower incorporates a 3D ribbon of "pixels" which snake up the tower, looking as if it was carved, or as if some insects chewed off parts of the facade. The pixel design results in projecting glass skyboxes for residents to see sweeping panoramas of Bangkok's Chao Phraya River and its bustling urban life -- a feature that Schereen designed to have residences immersed and connected to the lifestyle and culture of the city. 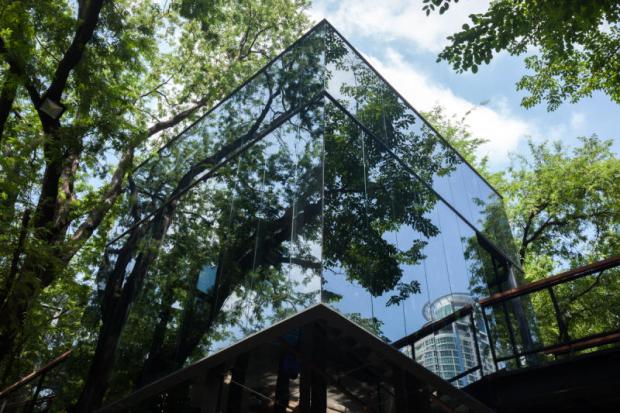 Who would have thought buildings embracing trees and nature, as the Naiipa Art Complex does, would locate on a soi in the Phra Khanong area. The Naiipa Art Complex (naiipa means "in the forest"), an art community, which offers co-working space and rental space to offices, cafés and galleries, was developed under the concept of preserving trees so the architecture and flora are well-blended. Another prominent feature are the frosted glass walls that provide enough natural light inside the buildings while offering users privacy as people cannot clearly see through from the outside. Reflective glass was used to emphasise the natural environment. The paths that bridge the two buildings, made of wood materials, are not in straight lines as they were adjusted to fit the trees' form. 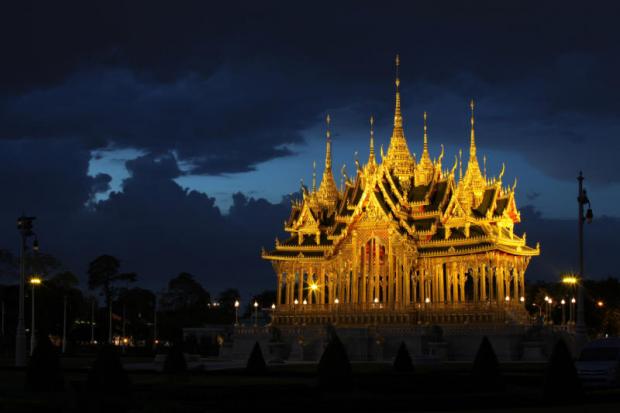 Though the Borommangalanusarani Pavilion looks as if it has been standing for more than a century, the wildly intricate structure is merely six months old. Named by King Bhumibol Adulyadej, the title means "a spire-roofed pavilion built to commemorate great auspicious occasions". The pavilion is the first in the history of Thailand to be fully built by metal alloy (to stand the test of time) and topped with nine spires, symbolising the ninth monarch of the Chakri Dynasty. The whole structure, designed by artists Somchai Suppalukumpaoporn, Akalapol Klongbunchee and Jaroen Hunjaroen, mixes different architectural styles, knowledge and techniques from different eras -- becoming a conglomeration of the best of Thai architecture from the Sukhothai, Ayutthaya and Rattanakosin eras. 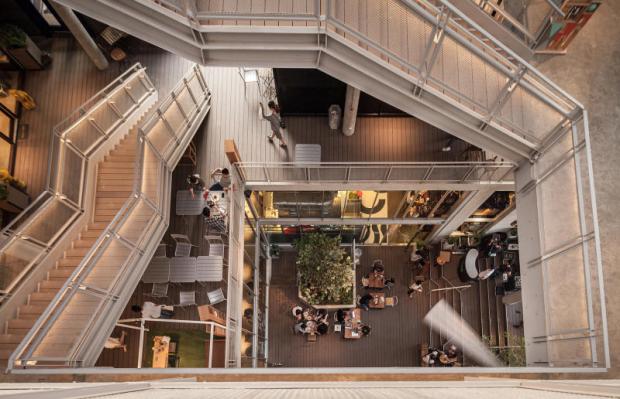 Thong Lor's community mall The Commons aims to promote a true sense of community and to be the neighbourhood's backyard where people can use its space to hang out and do their choice of activities for free, therefore, common spaces are provided on every floor. In order to attract people to come out and use the space, air and ventilation is a big concern. The Commons, a loft-style building adorned with wood, has an atrium design to ease wind flow. Roof fans are installed at the skylight, some of which absorb heat while others blow a cool breeze. The shop rooms also were specially designed to suit particular vendors as most agreed to join before construction began. 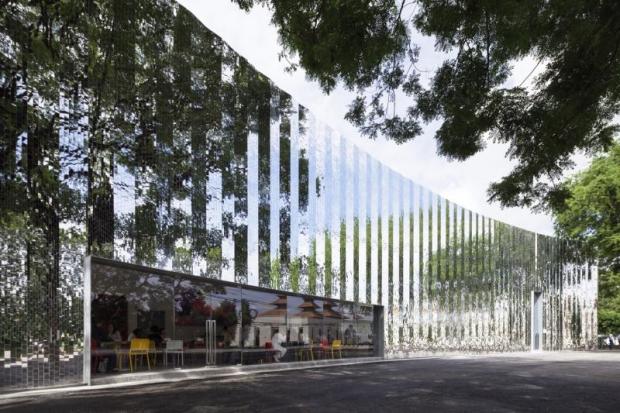 Chiang Mai's art scene received a world-class move this year with the opening of MAIIAM Contemporary Art Museum, a private space owned by Jean Michel Beurdeley, his late wife Patsri Bunnag and their son Eric Bunnag Booth. The 3,000m² renovated warehouse, which features four exhibition halls, an indoor/outdoor open space for live performances and a screening room, was harmoniously built in order to best display the family's private art collection that includes works from masters of Thai contemporary art. What stands out the most, and what invariably draws visitors for a closer look is MAIIAM's exterior façade: a large wall of mirror mosaics, a decorative technique inspired by traditional Thai temple architecture. The mirrors become an unlikely contemporary art expression, reflecting light and blending in the whole structure with its surrounding environment to create a strange, surreal vibe. 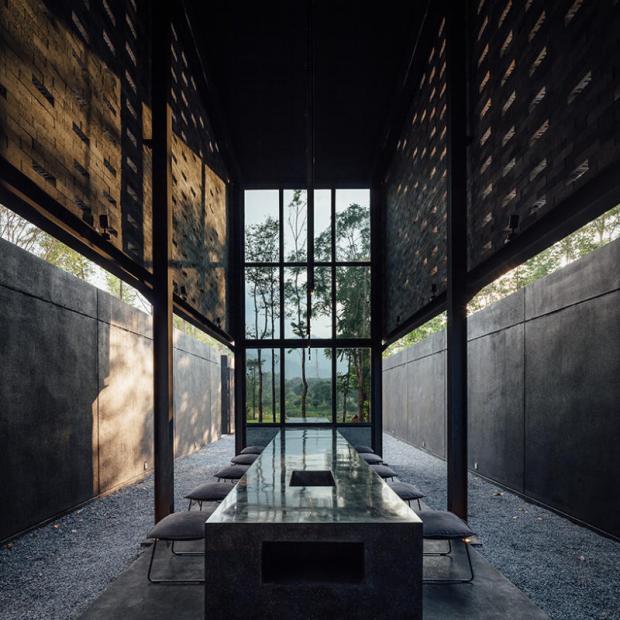 Opposing the gigantic Western style buildings lining the roads in Khao Yai is the Yellow Submarine Coffee Tank. An intriguing space for a café, the jarringly black and geometric structure contrasts yet also strongly connects to the Indian mahogany forest surrounding it. It looks like a black bunker that hides a calm, cozy space inside. Built on the idea that the structure has to blend in with its surrounding trees, the Yellow Submarine Cafe connects to nature in a vertical way (no roofs, open areas, floor-to-ceiling windows) rather than horizontally. Its 38m-long floor plan was also designed to accentuate the different steepness of the land that it occupies, and its short 6.5m width allows customers to feel the presence of its surrounding landscape even further. It seems counter-intuitive -- to experience nature through a man-made structure, but Yellow Submarine Coffee Tank is one space you have to walk around and relax in yourself to truly know what the owner is looking to do. 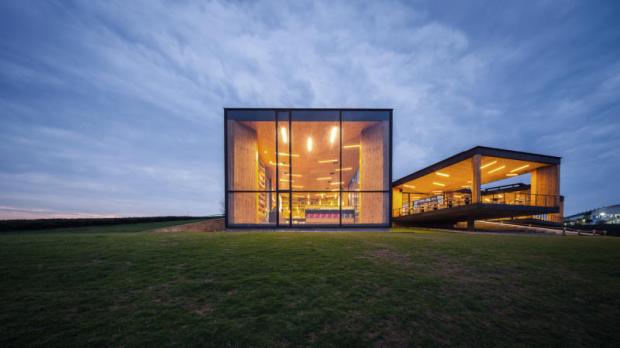 Choui Fong Tea Cafe has a great location and a very nice atmosphere as it is located in a hilly tea plantation. Instead of being located at the hilltop, the natural modern-looking building is hidden in the hills with some parts of the building elegantly emerging out along the terraced hillside. The main building is composed of three parts: a dining zone, café and tea shop. The highlight of the building is its roof deck that allows a panoramic view of the tea plantation as well as farming activity. Although the building was completed at the end of 2015, the Choui Fong Tea cafe has gained more recognition this year. 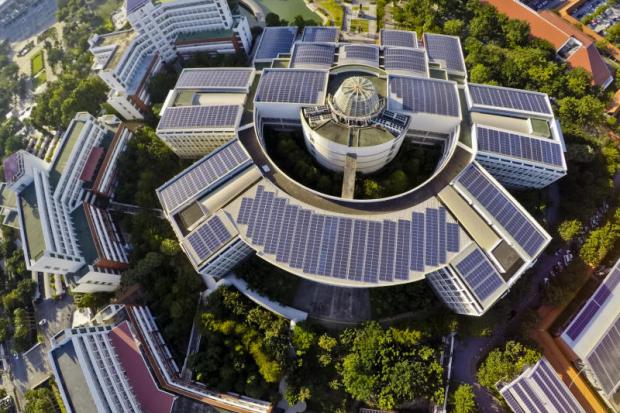 This is not exactly a new architectural marvel but a creative and visually futuristic addition to existing buildings. This year, Thammasat University has installed a large number of solar cell panels on the roofs of its Rangsit Campus, and the result is a striking pattern when viewed from the top. This "solar roof" project is gearing the university toward using sustainable energy by generating 15mW of power from the country's strong sunlight (6mW within this year and 9mW more by next year). If the project is successful, it will be able to generate 30-40% of power to use within the university. Thammasat plans to continue the project with other campuses in the future.

How wondrous art is sometimes inspired by brutality

A virtual taste of heart and Seoul

The perils of Living a digital life