Seizing the hands of time

Although in his early 50s, Julian Andriesz says he's much younger, claiming a biological age of just 30 for his well-functioning organs such as brain, heart and liver. 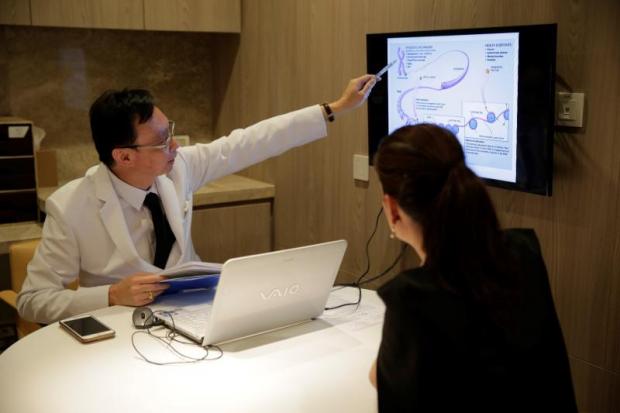 "You can have Botox and filler injections to look younger on the outside. What's more important is what is happening inside, as your organs are getting older. We look inside-out and focus on what's happening in our cells, in disease prevention and reversal," said the founder and CEO of Verita Healthcare Group.

Andriesz monitors cellular ageing markers such as telomere length, DNA stability, inflammation and other epigenetic information through the Verita Index Biological Age test, an advanced age-screening developed in collaboration with gerontology scientists and microbiologists at the University of Vienna in Austria. 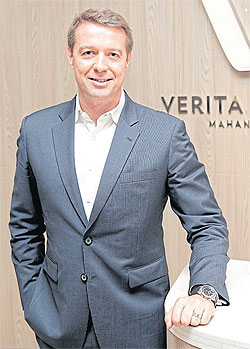 The Singapore-based Verita Healthcare Group also operates in Europe, Australia and other countries in Southeast Asia, where its anti-ageing and health enhancement centres specialise in personalised regenerative treatments prescribed by an experienced international network of medical doctors and advisers.

Headed by its director, Dr Suthee Rujivanichkul, Verita Health MahaNakhon runs under a membership programme whose clients receive a variety of benefits, such as free screenings, access to breakthrough products, quarterly individual reviews by the international medical board and participation in health forums and workshops. The patient-centred approach addresses the whole person rather than an isolated set of symptoms.

"The irony is that 3,000 years ago, ancient medicine treated the whole person. We kind of got lost, and today we have doctors specialising in different organs. But the body doesn't work like that -- it works as a whole, requiring a holistic approach," said Andriesz.

"Our international team of doctors can achieve more in giving clients a new customised approach to disease prevention and biological-age reversal by combining the best and latest technologies and treatments from around the world."

The London-born Andriesz moved to Asia when he was 24. The entrepreneur shifted his focus to the healthcare sector after his mother was diagnosed with cancer. For six years, she suffered from cancer and from conventional medicine's chemotherapy, radiation and surgery. Still, the cancer returned and then spread. 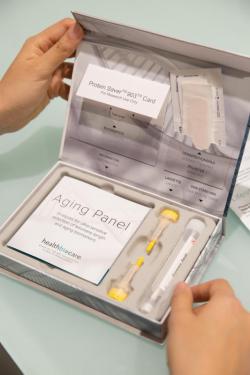 "The doctors did their best according to what they were trained to do, but I felt there must be a better way," he recalled. "So I started doing more research on cancer, and realised how scientists and doctors around the world use other techniques that are simple things to improve quality of life and actually help put cancer in remission."

Unfortunately, he couldn't help his mother, but the research had him establishing Verita Life, whose integrative cancer treatments saved his father, afflicted with liver and lung cancer.

"Doctors diagnosed him in the terminal stage," he said. "But after the integrated treatments, the cancer went in complete remission. For me it came full circle, my mother was an inspiration who helped my father, who is now 87."

Despite his genetic predisposition, Andriesz counteracts the risk by leading a healthy lifestyle and boosting his immune system, which can naturally detect and destroy cancer cells.

"Bad lifestyle and environmental circumstances, such as from stress, urban toxins and poor nutrition can lead to a tipping point, and the cancer can win the battle," he explained. "Instead of poisoning and cutting out the cancer, our approach creates a better environment in getting the immune system working. This includes the use of diet, supplements, psychology and hyperthermia to beat the cancer."

The Verita Life clinic opened in Bangkok in 2014, whereas Verita Health MahaNakhon is the latest business expansion catering to the increasing ageing population. Its next-generation medicine aims to change the old paradigms of how people experience growing old.

"People can live longer with quality of life. By reducing the biological age, people can also live younger," he said. "Unfortunately, at the moment it comes with a price, and not everyone can afford these luxuries. But in 10 years' time, a lot of what we're doing at Verita Health MahaNakhon will become mainstream."

Verita Health MahaNakhon is located on the 3rd floor of MahaNakhon Cube. For information, call 02-115-7553.