A place at the table
Life
Social & Lifestyle

A place at the table

The real foodies you should be following

These days, there is no shortage of pointers that can direct you to the right eatery should your stomach start rumbling at whichever hour. Food pictures deluge the internet thanks to the torrent of food bloggers who make a living from "reviewing" restaurants and cafés.

Some Instagram accounts boast hundreds of thousands of followers, but there's something insubstantial about their mass-produced photographs and hasty descriptions that hardly go beyond the dish's name and the credit-card promo available with it. How they praise everything (because their moneymaking depends on it) also makes a real food connoisseur's skin crawl, so we're obviously steering away from those commercial bloggers to give you something with a little more style and personality.

We've chosen five Thai accounts with a human face and voice, thus omitting any accounts that are a community or hidden behind a banner. Instagrammers with the word "guru" or "foodie" in their user name were also excluded from this list because it's vulgar and unimaginative. Real, self-respecting gurus don't need to label themselves as such. Some big players you may already recognise, but there are also insider, lesser-known names that are quietly moving and shaking up the industry behind the scenes. Not coincidentally, all of our selected bloggers work in the food-and-beverage industry, which is to say that they really know what they're talking about and how food should be served and cooked, not just whether it tastes good or not. With their discerning, cultured palate and picture captions that give true insight, these foodies are the ones pinpointing the pinnacle of good taste. 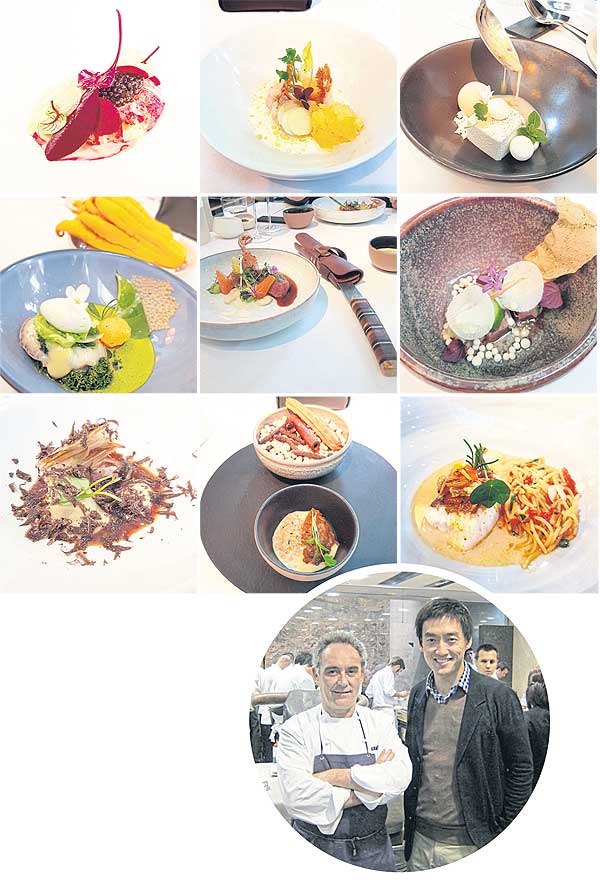 In between running Safari World and the Kacha Bros empire, it is Litti Kewkacha's calling to scale all of the Michelin Everests of the world. He'd be rich if he would make a job of it, but collecting stars is what the well-travelled CEO does for fun. It's a good thing, because the beautiful delicacies he samples and snaps sometimes serve as inspiration for sweets served at his outlets, be it in Sfree, Parferio, Kyo Roll En or Pastel. Despite dining at the best restaurants in the world, he doesn't come across as a braggart about it, which makes his accounts so refreshing to follow. Stretching from Scandinavia down to the sunshine of Melbourne, Litti checks in at all the expected cities for fine-dining — be it Paris or London or Tokyo to jewels in less-buzzed destinations, like Stockholm, Antwerp and Copenhagen (ahem, Noma). His well-lit photos give a thorough and comprehensive insight into every single course on the menu. Coupled with a detailed account of his own experiences, there are chit-chats with top chefs, making for an informative package. 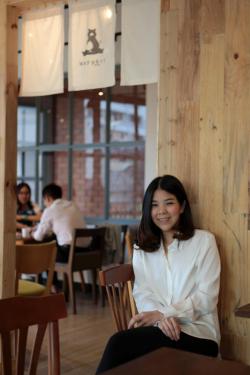 It is indisputable that May is Bangkok's ultimate queen of desserts. As a well-known sweet tooth and founder of After You, Gulapat "May" Kanokwatanawan's Instagram account is a soul-fuelling flurry of food she eats during her travels abroad. Her picture-perfect shots give off a slightly hipster and desaturated but warm feel — quite like the ambience her own honey-toast cafés emit. Editing apps she uses are VSCO and Snapseed. There are mouth-watering novelties like a blueberry, bourbon and basil doughnut in LA or ice cream tower topped with gourmet popcorn in Korea. Then there's the simple, guilty pleasures we daydream of but have yet to taste, such as Ippudo's instant ramen with truffle oil. As you witness her disposition toward Japanese treats and cuisine, you'll also see her enthusiasm for Thai food. A big advocate and lover of Thai desserts, Gulapat is more than keen to share humorous pictures of bananas bigger than her face and gorgeous flower-shaped coconut jellies — driving home the fact that when it comes to desserts, there's no shortage of inspiration from our own borders. 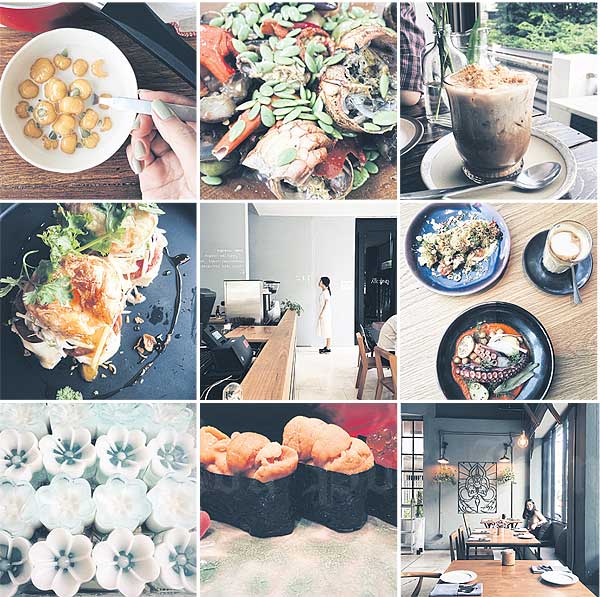 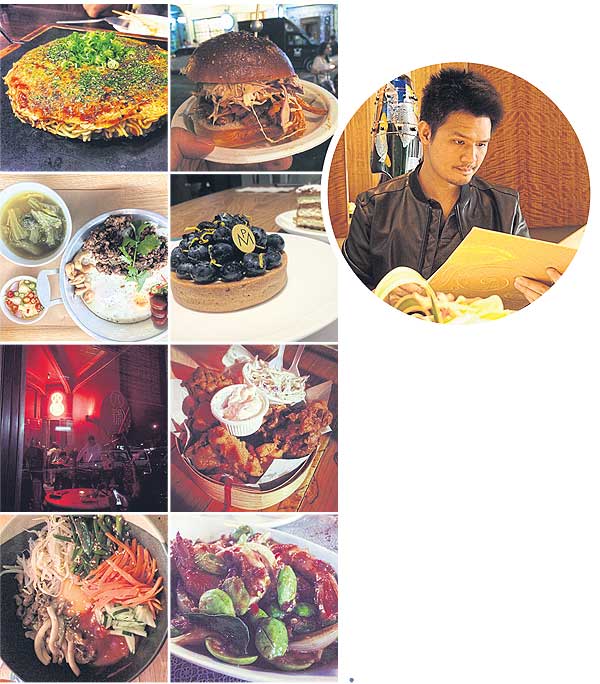 If there were an award for Bangkok's most sarcastic chef, we'd place Chirayu Na Ranong among the front-runners. The owner and chef of Chu Chocolate Bar & Cafe may not post the most aesthetically pleasing pictures, but it goes to emphasise how there is nothing contrived about this man's photos or opinions. Brazenly honest, praise from him is hard to come by, although his past tendencies to axe trashy food has toned down noticeably as of late (much to our disappointment). We miss his candid opinions, such as when he comments on Starbuck's Sakura Blossom cream latte: "Sounds good. If you're talking about a bar of soap. #thatsnotcoffee." Still, as someone who used to work as a travel and food writer, as well having an extensive range of restaurateur/bar-owner friends, Chirayu always seems to be ahead of the openings of the new hottest eateries around town. Quick to sample any circulating food trends, be it commercial traps like Oreo Cornettos or hip haunts like Ba Hao, you'll get an unfiltered and informed review. You may even get a peek at off-menu items before they are officially launched. We spot a pulled-pork sandwich at a soon-to-be-opened Spare Parts Smokehouse. 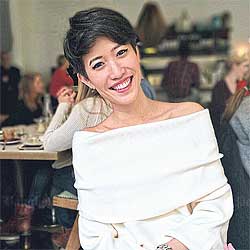 With Patrapa Chadist, it's not just about the food — it's about the best views and best tables in the most ferociously hard-to-book restaurants. Alternating with pictures of delectably plated European fare, there are snaps with Gordon Ramsay, stunning interiors, tickets to Rafael Nadal's final match in Monte Carlo, and vistas that imply Patrapa is definitely sitting in the hottest seat. It comes as no surprise that she is the founder of London Privilege Lifestyle — a luxury travel and lifestyle concierge that is a reflection of the owner's extremely tasteful and stylish dining, drinking and holidaying choices. Based in London but having connections all over Europe, this insider is your miraculous key to getting reservations at a Michelinned establishment on short notice, as well as a compass directing you to the most exclusive places and events you should be spending your time at, should you be at a loss for what your Euro-trip itinerary should include. 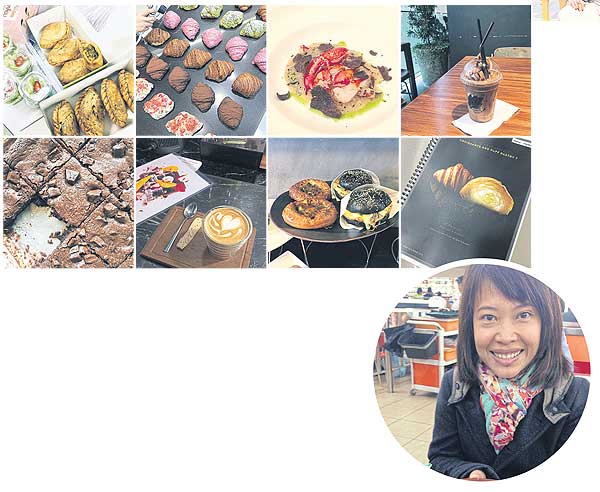 For carb slaves, Pojwaree Lertsutthichawan's account is a heartwarming scroll that will feed you with pictures of baked goods of various shapes and sizes, both in Thailand and from the Land Down Under. Macarons, dainty cakes, frosted croissants and muffins on her feed are more than enough to give you a sugar high. Previously, Pojwaree was a pastry chef at Issaya Siamese Club and Amatissimo Caffe in Bangkok, but now works as a chef at Peacock and Jones restaurant in Australia. An intimate food-and-coffee diary that gives short but personal and thoughtful recounts of what she eats, you may also pick up baking or sourcing tips. It was here we learned that @baankokai gives a whole box of pickled cucumber relish with each curry puff they sell, and that white strawberries are three times more expensive than red ones, but don't necessarily taste any better.