Whether it be during high-school or college, some of the more fortunate among us probably had one of those friends whose notes were always coveted by everyone in class. The same friend who would happily offer pointers on your homework, or even some last-minute tutoring before an imminent exam. For those who knew her, that would be Narudee -- or Poom -- Kristhanin, director of inspiration and managing partner at the Eureka International consultant's network.

With extensive experience working in various fields of human development -- whether it be as a university lecturer or a consultant, Narudee's latest project as part of the Eureka International consultant's network, the Lego Serious Play development workshop, isn't what you'd expect at first glance. Designed for use in individual, team and corporate strategy development, the Serious Play method utilises Lego bricks to engage attendants in abstract and metaphorical thinking in order to "unlock" overlooked ideas or perspectives in order to achieve growth, both personally and as a team. Developed internally within Lego by master practitioners Robert Rasmussen and Per Kristiansen over the last 15 years, the method has since been made available in an Open Source community-based model, and has been used in the development of major businesses all over the world. 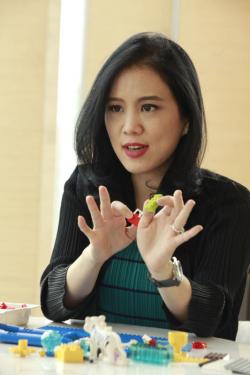 "The Lego company began experiencing issues with sales due to the rise of video games in 1995, which drew children's attention away from traditional toys. In response to this, the executives of the Lego company began to brainstorm ways they could compete with video games, but was not able to find a satisfactory solution," said Narudee, who is also Eureka International's principal strategy and team alignment facilitator using Lego Serious Play, responsible for educating clients in the Southeast Asia region in the method's value and use. She was also recently among the selected practitioners to present at the annual LSP Global Community Meeting's 'best practice' conference in Lego's home country of Denmark".

"Eventually, the people at Lego realised that the Lego blocks themselves were the answer. If these little plastic blocks can unlock the imagination of children, why can't it be used to the same effect in adults? Why can't Legos be used to unlock an adult's potential too?"

The author had the opportunity to attend one of Narudee's personal development workshops, held on Nov 7 in collaboration with the Iconic Women Alliance (IWA) as part of their "New Year, New You" campaign. In summary, attendees of the four-hour workshop were each given an identical set of Lego bricks, and were asked to build and/or modify a series of models in order to metaphorically communicate their thoughts about how attendees themselves and others perceive them, as well as their goals for the future. Attendees can choose to abstractly equate colours, shapes or figures to various aspects of their lives however they wish, before being asked to take turns explaining their models to other attendees.

"In the personal development workshop, each person's inner identity is revealed for us to see based on the models they build," explains Narudee.

"The method allows us to build a metaphorical model of how we see ourselves and share it with others. Not only do we get to genuinely examine our own ideas in a visual and tangible manner -- like we are presenting our own identity to ourselves -- sharing our creations also helps us to understand more about how we and others perceive our own identities, and hopefully allow us to relate to each other better." 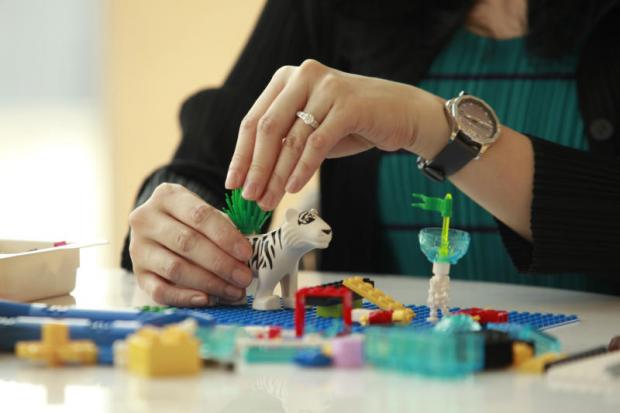 The pieces used are specially chosen for use in the workshop.

While available for individuals interested in self-development, Narudee stresses that the Lego Serious Play model is designed first and foremost as a business strategy development method. While the presence of Legos may lead some observers to believe the workshop to be gimmicky, the seasoned facilitator insists the workshop to be much more serious than it is play.

"Workshops for individuals and organisational clients are different, but also similar. Each individual person in a personal development workshop is like their own organisation, but each person's end-goal and motivation is different. As such, the workshops will focus on each individual's goals separately as opposed to working towards one common goal. Most of my clients tend to be corporations, whose common issues tend to revolve around the alignment of ideas between individuals within the organisation, or the formation of an actionable and substantial strategic vision," Narudee says.

"Some companies have a strategic vision that sounds good on paper, but is not necessarily believed by those within it. The workshop can help connect the people's individual purpose to that of their organisation again." 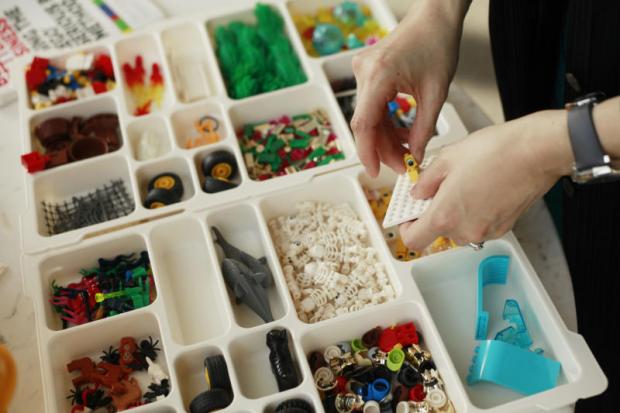 The pieces used are specially chosen for use in the workshop.

As an educator and consultant before becoming a facilitator, Narudee has had ample opportunity to observe the personal growth of modern adults. While generally very competent, Narudee says adults today are too ready to believe in their own capacities, leading to issues of self-importance and complacency.

"Modern people tend to be so confident in the vast knowledge readily available on the internet, as well as their own competency, that they must judge everything based on their own standards or mindset. This model of thinking leads to complacency, as it doesn't give them the chance to leave their comfort zones or seriously consider alternative ways of thinking," she says. "In today's age of rapid innovation, individuals and businesses alike must never stop learning. We must never stop looking for new things and surrounding ourselves with the right people. We must be able to be critical of our own thinking, or have a varied perspective on any subject. These are skills that will never be replicated by any robots or technology."

Narudee also stressed the importance of having an open and accepting mind, one that sees a person for who they are as human beings, beyond the function they serve or the role they play in a group.

"Technology has given us a myriad of alternative channels of connecting and communication, but it has also become a barrier between people as well. The ability to connect to a person's heart and mind -- both your own and others -- is a skill that needs to be relearned and developed. In other words, to learn to be a human being again. I think that's something that will always be important no matter what the world is like." 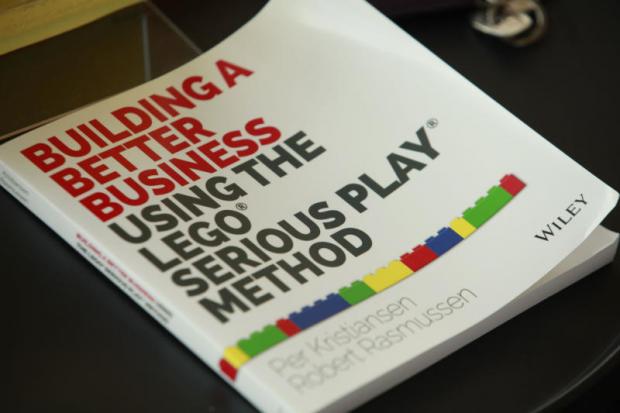 The Lego Serious Play Method has been widely used all over the world.