Chef Sujira "Aom" Pongmorn is chef de cuisine and co-owner of Saawaan, a Thai fine dining restaurant on Soi Suan Phlu. Born and raised on Charoen Krung Road in a family of professional cooks, chef Aom grew up around food. After high school, she completed the School of The Oriental Hotel Apprenticeship Program at the Mandarin Oriental Bangkok and started her professional career in the hotel's famous Lord Jim's. Chef Aom's fine dining experience continued at Sra Bua, Issaya Siamese Club and at The House On Sathorn. In 2016, she opened Baan Phadthai with restaurateur Frederic Meyer, which was awarded a Bib Gourmand in the inaugural Michelin Guide Bangkok 2018. Saawaan is Chef Aom's latest achievement where she creates dishes with respect for Thai culinary heritage.

Having being surrounded by professional cooks during your childhood, what is the one dish that inspired you to become a chef -- to continue in the family tradition?

The Thai omelette. When I was six or seven, I was living with my aunt and she inspired me to cook. She often asked me to chop and cut vegetables in the kitchen to help her out. It was not a big thing, but she inspired me to want to learn how to cook. On the weekend, I used to go live with my dad, who was sick at the time. When I was hungry, I did not want to go to the shops by myself so I used to tell my father that I needed to eat. He usually asked me if I wanted to learn how to make something simple. And I wanted to make my dad feel better and show off my kitchen skills. Because I was a child, I wanted to squeeze, grab and hold stuff in the kitchen. This was also the first time I broke an egg and then used my hands to mix it together. This was the first time ever that I cooked. It has become my comfort food, because it reminds me of that happy time with my father.

Tell us about your culinary journey.

When I was 18, I enrolled in the Mandarin Oriental's culinary school in Bangkok. I decided to concentrate on international cuisine. Actually, at first I was unsure what cuisine to focus on. So I asked my family, who suggested that I focus on a cuisine I wasn't familiar with, since I already knew about Thai food. Also, in those days there was no cable TV where one could watch and learn. In my house, however, we used to get shows by Gordon Ramsey like Hell's Kitchen and I used to watch them and tell myself that I wanted to be there. My family pushed me to take the step to learn about international cuisine, so that is what I majored in.

After I graduated, I worked as a chef at Lord Jim's at the Mandarin Oriental Bangkok. While there, I had the chance to work in the Le Normandie kitchen when they had Michelin-starred chefs as guests. So I got the opportunity to cook with Juan Amador and Thomas Keller and I liked it. Working with each chef taught me different techniques and approaches to food as they each have their own way of doing things. I learnt a lot. After the Mandarin Oriental, I joined Sra Bua by Michelin-starred chef Henrik Yde Andersen at the Siam Kempinski, and the sous chef from Kiin Kiin in Copenhagen, Denmark, came to train me for the first three months. That was such a great experience, learning about molecular gastronomy in Thai cuisine. It was the first time I was exposed to this and it was amazing. It showed me what Thai food can be, how it could be adapted to the Western style of cooking.

Is this why you chose to cook Thai food?

Yes, this was the beginning. I wanted to cook Thai food using modern techniques. This was the first step. After I left Sra Bua, I worked with chef Ian Kittichai as a sous chef at Issaya Siamese Club for a year. This gave me a lot of knowledge and experience that I had never been exposed to before. My background, until then had always been in hotel kitchens. This was the first restaurant kitchen I was working in and the system is vastly different. I had to do everything, including make the canteen food or staff meals. This was a first for me. This was the first time I was cooking Thai food for people who were not my family and it was greatly appreciated. This is when I thought that I could do this, I can cook Thai food. 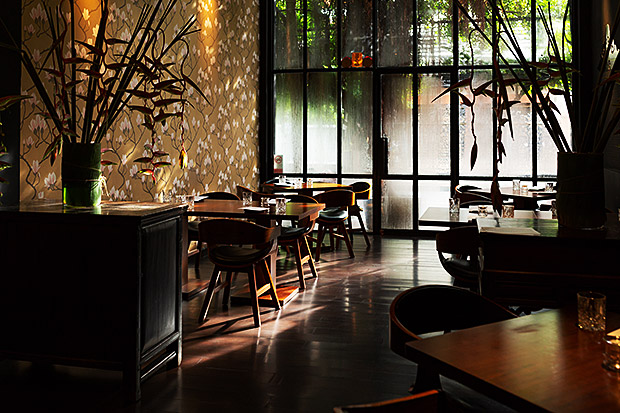 After this I worked with TWG, because I was interested in seeing how food could be paired with tea, since I am a tea drinker. I then moved to The House On Sathorn as part of the pre-opening team and worked with chef Fatih Tutak. This again exposed me to a few more modern techniques. I soon met Frederick Meyer and with him opened Baan Phadthai, where I was chef de cuisine.

You're soon to release a Baan Phadthai cookbook. Why the need to publish a cookbook?

People know what is pad Thai. But no one knows the technique that goes into pad Thai. No one knows how to make the pickled radish, dried shrimp or the roasted sticky rice. This is very local knowledge that hardly anyone knows. I have combined modern techniques, too, to create the recipes. Since my work experience has taught me a lot, I want to share and spread it with everyone. I want people to know they can cook pad Thai in their homes. The book comes out in July.

When did you decide that you wanted to start your own fine dining restaurant?

I wanted to bring Thai street food to the restaurants. I never saw any chefs take the food off the streets and create them for fine dining palettes. Traditional chefs don't want to touch Thai street or local food because they think it is disrespectful. I don't think in the same way. Thai food can be anything if you understand what Thai food is.

I wanted to wake people living in boxes like mummies; I wanted to awaken their taste buds. I wanted people to know what Thai food is and what Thai food can be. You can wear a crown and you can wear a jacket at the same time. This is how best I would describe my food at Saawaan. It is modern techniques mixed with traditional food. It is not the same as anywhere else, it is different.

What is the concept behind Saawaan?

We brainstormed a lot, debating what the restaurant should be called. We tried names of ingredients and other Thai names. We finally settled on Saawaan because I wanted people to come to my restaurant and experience what it would be like in heaven. [Saawaan means heaven in Thai]. Comfortable, high end and with a family, as well. It's not only good food, but good service, as well. I want to 'wake up' food that is slowly dying or hard to find.

At Saawaan, we concentrate on techniques. Each dish uses a different method of cooking, like grilling, boiling, steaming, etc. Thailand is represented in the ingredients, but more important is having a representation of the different techniques. It's a technique-driven concept.

Despite having experience with molecular gastronomy, I have chosen not to use it at Saawan. Saawaan is all about the real food and real taste, not using anything to enhance the food. 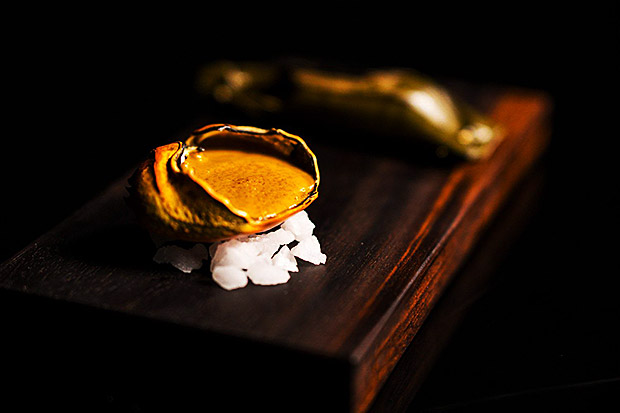 What is your favourite dish from the Saawaan menu?

I love every dish and if you ask me to choose it is really hard. Each dish has its own character. I would say that my absolute favourite is the Nam prik. I stumbled upon this dish when I was looking for organic rice for Saawan in Sing Buri. There were a group of farmers eating something that smelt extremely good. I was so curious about it, that I walked up to them asking what it was. I noticed that they were eating the paddy field crab that had been grilled, and they were eating it with sticky rice. They told me it was the crab fat that they were dipping the sticky rice into and invited me to try. With the first morsel, my taste buds were on fire! It was so amazing! I immediately decided to put this on the menu at Saawaan, because I want to bring the very local style and way of eating to high-end restaurants. Though there are rice fields everywhere Thailand, paddy field crabs are not popular because most people don't know how to eat them.

The other dish is the Koi pla, which may sound simple but has the hard-to-find koi fish as one of its ingredients. Koi fish is not available everywhere. Even the Naem nua khao tod cannot be found in any restaurant and though it is street food, it is hard to find. I chose to replace the pork with beef.

Is Saawaan the beginning of your culinary journey?

Saawaan was a big step for me, despite Baan Padthai being my first restaurant. Saawaan is a big challenge for me, as I have to showcase my skills in terms of basic technique. I have stepped out of my baby skin, so to speak. There is no a la carte menu and people cannot chose what they want. I have to impress diners with every dish on my tasting menu, as each dish represents me. Though I have cooked for chefs and with big names in the business, I was always behind the scenes. Saawaan is me, in front of chefs, in front of people. I have to show them what I am and what I can achieve. It is a very big step and I have to continue my journey, starting here. 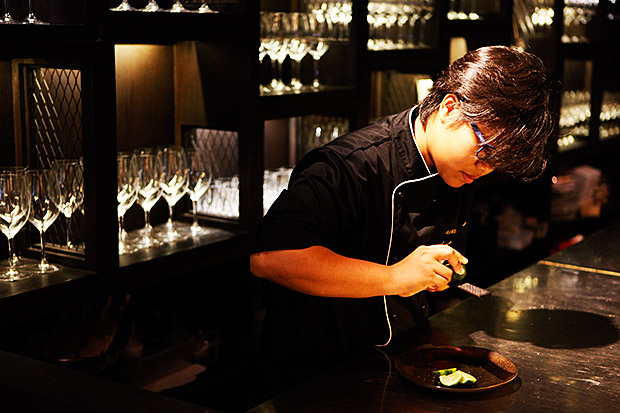