To the rescue
Life
Social & Lifestyle

After nine days spent in the dark, the story of the cave boys brings several lessons to light By Andrew Biggs

I will never forget the moment man first landed on the moon.

I won't ever forget the morning the Shuttle exploded, or the night the jets crashed into the twin towers in New York. 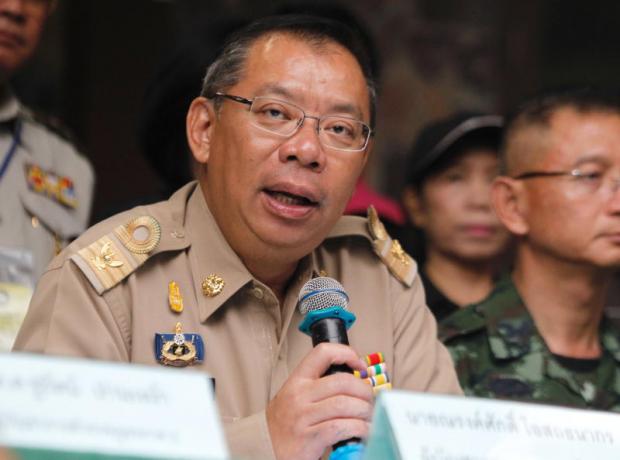 And now this week. I will never forget the moment, at 10.41pm last Monday night, I discovered the boys in the cave were found alive.

To see footage of them sitting on that rock, all alive and well, made this crusty, curmudgeonly, hard-hearted columnist break down and cry. Twice.

There are so many lessons to be learned from the boys in the cave. Just off the top of my head I can think of five.

1. In times of difficulty, Thais are wonderful.

I know. We can all be wonderful in difficult times, not just the Thais. But this happened on Thai soil, and the workers and volunteers in the mountains of Chiang Rai were simply superb. I know colleagues and students who were there, and the spirit of unity in the face of adversity was magnificent. 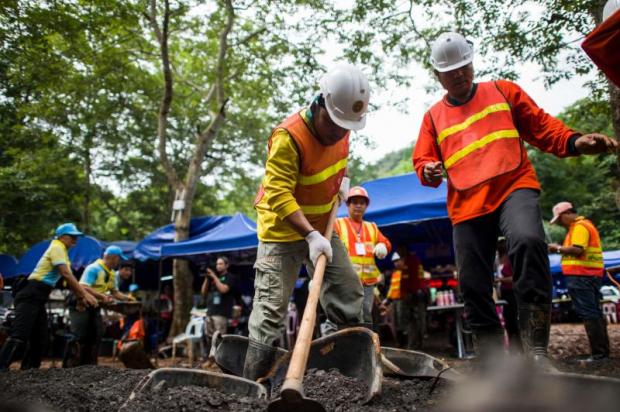 One Navy seal, via Twitter, commented on how the women who volunteered in the makeshift mess hall smiled so beautifully when they served the food "and kept smiling afterwards".

Another expressed great surprise at finding an espresso machine smack bang in the middle of the jungle. "Thailand, I salute you!" he said.

We Westerners often gripe about the Thais and their myriad faults and shortcomings and devious tricks and selfishness and ruthlessness and inhumanity. I will never, ever be part of that clique, and I always wonder, when I hear such complaints, which perfect country the bellyacher comes from. I do not require an answer; I simply hold a fervent hope for the bellyacher to return to it quickly.

2. It's time we taught Thai youth how to swim.

This is not a bellyache.

It sounds like one but it's not. This is a cry for common sense, even if it does reek of locking the stable after the horse has bolted.

It's time swimming is incorporated into the national curriculum. I was once told by a high-ranking official that students in Bangkok would benefit from this, but rural kids don't get that much of a chance to enjoy swimming pools and thus it would be a waste of budgetary funds to provide lessons at a national level.

You wanna talk waste of budget money, Mr High Ranking Official? It's kind of difficult to know where to start. Perhaps we could begin with the 88 million baht embezzled by high-ranking officials from the Education Ministry's poor students fund. Or perhaps we could alert him to the fact that water isn't found just in swimming pools, but also in reservoirs, ponds, dams, rivers and khlongs.

He does have a point, though. Such an addition to the physical education curriculum would require additional funds. So here's a radical idea: How about a moratorium on Education Ministry officials skimming the usual 20-30% of budgets. I'm not advocating ceasing their behaviour entirely -- that would be like asking the tides to stop coming in and out. Rather, just for one year, they should allow education budgets to be used fully for educational purposes. It may mean sacrificing the purchase of Mercedes Benz vehicles and Fendi handbags for a short while, but think of the benefits. Those kids would be out now, for a start. I'm so happy I just want to put on my boogie shoes and dance.

Did you hear those kids when the British diver first spoke to them? They answered him straight back in English! I'm so damned proud of them!

There is this unsubstantiated notion that Thai kids, especially rural types, are ignorant when it comes to English. The 12 boys in that football team proved them wrong.

The Japanese media highlighted this part of the story. Apparently in Japan they believe that like themselves, Thais are bad at English. The trapped cave boys were able to converse with the driver and give him information. Of course they used vocabulary like "eat" and "hungry" and even asked if they were leaving today. God bless you, kids. You made us ESL nerds proud of you.

4. Decent, good-hearted governors never die. They just get shunted off.

It is a generally accepted fact that the higher the position of government civil servants, the sparser the talent.

The further out of Bangkok, too, the more propensity for provincial governors to engage in untoward practices that make those Education Ministry embezzlers look like kindergarten students.

Not our Mr Narongsak from Chiang Rai.

Governor Narongsak Osotthanakorn's got five bachelor degrees, for crying out loud! They run the gamut from geology to engineering to law. Not only is he smart, he's a straight-shooter who scrutinises projects and building proposals, especially those submitted by dark forces driving Mercedes Benz cars clutching Fendi handbags, and rejects those that appear untoward.

He recently rejected a major tourism project and waste-processing plant because something was fishy.

He's not only honest. Look at the way he coordinated the campaign with these boys.

There is a great clip of him, filmed clandestinely a week ago, of Mr Narongsak addressing divers before going into the cave.

"You go in there imagining those boys are your own children," he is seen saying. "And you pull out all stops to make sure they come back. If you can't do that, then leave right now. It's OK. I won't report you to your superiors if you choose to leave. This is your one opportunity. But if you stay, rescue those kids like you're rescuing your own children."

It's powerful and heart-warming.

Such a person should be held up as a role model, but he's not. He has been shunted off to the smaller province of Phayao. Make no mistake; it's a demotion. In a system riddled with corruption and dark feudal lords with claws in rural provinces, a man like Mr Narongsak has to go.

How ironic it is to have a system that allows corrupt government civil servants to be moved to inactive posts when they do something wrong, with the same fate dealt out to those who do something right.

5. Over in the Royal Thai Police, when do they say 'enough already'? 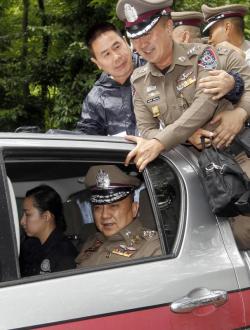 The appearance of that high-ranking cop at the cave site, and his threatening conversations with the tireless people frantically trying to locate the missing boys, was like pulling back a bandage to reveal a festering wound that absolutely refuses to heal.

Surely there must be a level to which human decency can no longer be breached, resulting in a need to act to rectify a bad situation. The reform of the police system is so long overdue, it is surprising police officers themselves are not marching in the streets.

So much of Thai culture is based on maintaining dignity, and thus so much violence results from people losing face. Police officers are human beings, and their contribution to the rescue effort was magnanimous. How they can stand by and allow one man to send their reputation crashing down like a house of cards is baffling.

We must remain positive. We can only hope the cave incident is the catalyst that shows how important it is to reform the police force and to enable new, cleaner blood to rise towards the top. It also serves as a reminder that, following the national park incident earlier this year that to this day remains unmediated, a leopard may be able to be shot dead, but it cannot change its spots.