Use your illusion
Life
Social & Lifestyle

Most of the images on Hollywood screens, whether they be everyday or fanciful, look incredibly real. It's getting harder to tell which effects are practical and which are computer-generated.

Take some of the objects in your favourite movies and TV series -- Doctor Strange's cloak of levitation, Spider-Man's suit in Spider Man: Homecoming or the interiors and exteriors of the White House in House Of Cards. All were created by visual effects compositors -- among, Thai artist Patswitch Jaritngarm.

"I blend live action shots and CGI in order to make the images believable. In House Of Cards, many scenes are shot using green screen. For example, when a character looks out of the window of their car, everything they see is computer-generated," Patswitch told Life during a recent trip home to Thailand. "The job is challenging because we have to make every frame look realistic. If not everything is perfect, it will look fake."

As well as creating images, the compositor also removes things that the director doesn't want.

"We erase things like wires. We also wipe out pimples and wrinkles, so the actors look younger and more beautiful," the 30-year-old said. 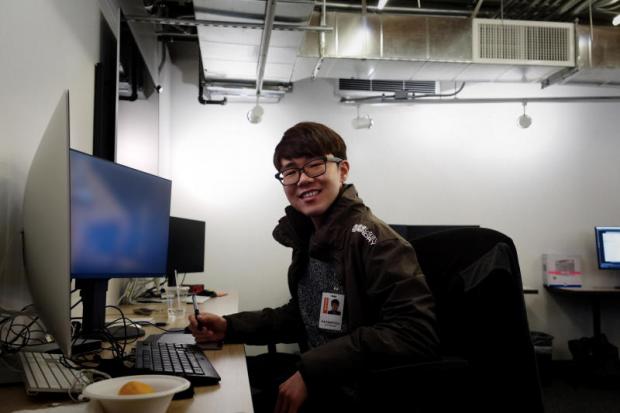 After working in Hollywood for only a year, Patswitch became a member of the VFX team that was nominated for the Best Achievement in Visual Effects award at the 2017 Oscars for its work on Doctor Strange. Understandably, this is the work that Patswitch is proudest of.

"I didn't expect us to be nominated. The visual effects in Doctor Strange were very difficult to achieve because they were so detailed. We had to add and remove things frame by frame, examining each pixel closely and carefully," he explained. "One of most difficult effects was the magical cloak that Doctor Strange wears. On set, Benedict Cumberbatch wore short scarves which I later had to remove and put the cloak in instead."

Patswitch started working in the US after earning his master's degree in visual effects from the Academy of Art University in San Francisco in 2015. He won first place in the VFX Short Subject category at the Spring Show, a showcase for graduate students. This resulted in him getting a job offer in the US.

"I researched what the portfolios of people who get job offers look like and tried to make mine meet that quality. I created a video about Tod Sa Kun, the giant character in Ramayana. Many companies come to the Spring Show to recruit new people and I was lucky enough to get an offer. My first job was at Framestore, where I created effects for TV commercials," Patswitch said.

Working in the US is a dream for many people. But talent is not enough. The most successful people are the ones who can adapt to the new culture. Patswitch used to be a quiet person. He had to change his attitude to show people what he can do.

"In Thailand, we are taught not to stand out because people may hate you for it. But in the US, everyone has to speak up, present their opinions and show off their abilities," he explained. "As a freelancer, I've worked with many companies. Sometimes people try to evade their responsibilities. I had to learn to call them out on it. If I kept quiet like I used to, they would take advantage of me."

Things don't always go as smoothly as he would like. Nevertheless, Patswitch has never considered giving up. "I used to feel discouraged. I was a top student at university, but when I started working in the industry, I discovered that there were many people more talented than me," he said. "But all the obstacles make me stronger. Improving and maintaining your qualities is so important, especially as a freelancer. Companies will only offer me another contract if they are satisfied with my work."

In a cosmopolitan society like the US, companies are open to accepting employees from any society. But you must have a company sponsor you for your visa and work permit.

"It is difficult to get recruited if you apply from Thailand. The best way to get a job offer in the US is to get a university degree there," Patswitch advised. "People who want to work as VFX compositors should have a love of drawing and photography and they must be creative. They must also have a lot of patience and be able to meet tight deadlines." 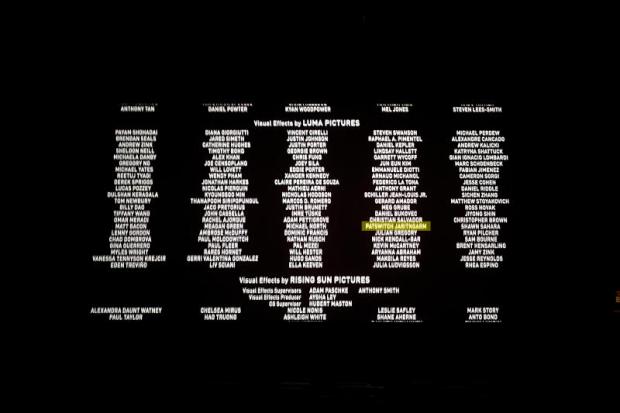 The visual effects teams in Hollywood are the best in the world. They can create monsters, wizards, aliens, flying trains and even entire cities. How do they do it?

"They have loads of money. American movies are screened around the world and the biggest releases make a lot of money off tie-ins as well. With so much money, they can hire the most talented and experienced people. And the film industry in the US is huge. They're always developing new techniques and constantly trying to improve."

If Thailand had as much money, could we become second to Hollywood?

"There's more to it than just money. We would have to hire professional VFX artists to train people. Experience is another factor. Compared to the past, visual effects in Thailand have improved, but we still need to work on the details," Patswitch concluded.