Where did this most indispensable Thai cooking spice originate?

Thai food without chilli is not Thai food. Despite its significance in Thai cuisine, there are many questions that remain unanswered about chilli. How did chilli first arrive in Thailand? What kind of chilli was it? How many chilli species do we have now? Which one is most popular? Do Thai people consume the highest amount of chilli in the world? These are questions many people want to explore.

First, there is no proper record as to when chilli first arrived in Thailand. But broadly speaking, chilli might have hit Thai shores in the 15th century when Portuguese traders came to the Eastern world to do business. They disembarked at several port cities in the Middle East, India and Malaga. They reached Thailand -- then Siam -- during the early Ayutthaya period.

At that time, the city of Ayutthaya was a trade centre. Ships from China and Persia stopped here, sold and bought materials to trade. 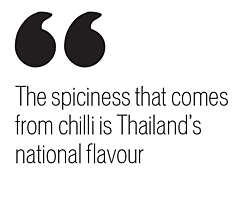 It is believed that chilli was among the merchandise brought here by Portuguese traders from the Americas. Apart from chilli, they also brought spices from India, Persia and Malaga.

It may have been just dried chilli that was traded. Dried chilli in Siam was purchased by the Chinese, who took it back to their own country to sell. This is why a number of towns in China also consume chilli.

That was an assumption with regard to the arrival of chilli in Thailand. No one knew what kind of chilli was first brought. People might later grow their own chilli, using chilli seeds. But what was chilli for? During the Ayutthaya period, there were certain palace dishes such as saeng wa, or prawn salad, that was flavourful but did not use chilli.

Chilli was believed to have been used but not quite popular. It reappeared in a piece written by Sunthorn Pu, the greatest poet during the reign of King Rama II, who mentioned chilli and salt as an ingredient for venison. He did not say what people did with the venison, though. That's how chilli appeared again -- over 100 years since the Ayutthaya period. 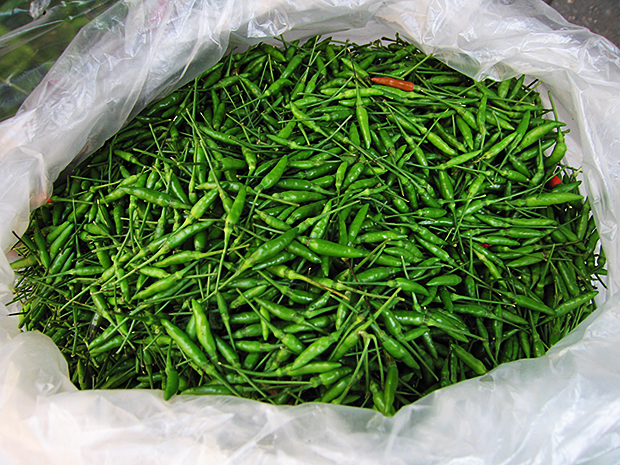 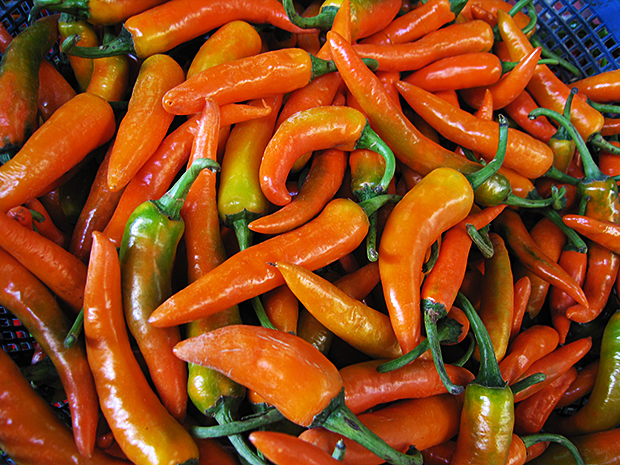 Chilli was mentioned in a royal cuisine cookbook titled Tamrab Sai Yaowapa, which was published 78 years ago. The book listed the varieties of chilli available at that time, which included Bang Chang chilli, bell pepper, bird's eye chilli, pumpkin-shaped chilli, cherry pepper, white pepper and so forth. The book also contained recipes but only Bang Chang chilli and bird's eye chilli were used. 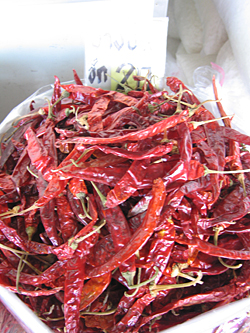 Today's chilli are new breeds that aim to satisfy people's taste buds. People call chilli different names, some call it by the place of origin. Some call it by the area in which it is grown. New chilli variations include yellow cayenne pepper or Bang Bua Thong chilli, white chilli that looks like sweet pepper and bird's eye chilli that is longer. We also have Bang Sor giant chilli, Jinda chilli, hua rue chilli, huai si thon chilli, karen chilli and many more. These varieties aim to respond to the demand of the market and the chefs. Despite all these new breeds, certain varieties are rarely seen and used such as white pepper, pumpkin-shaped chilli and cherry chilli. 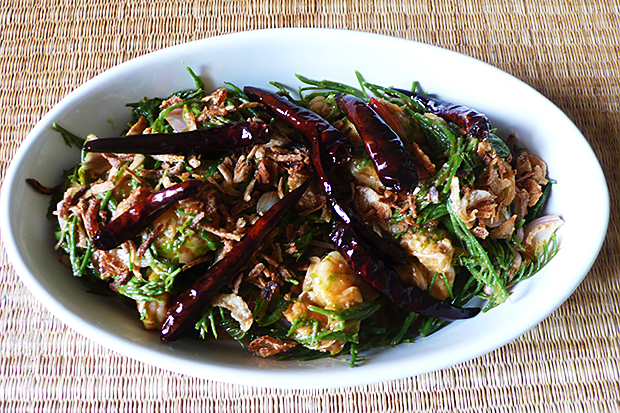 This is the story of chilli, starting from when it first arrived the Kingdom. After a long period of silence, chilli has become a superpower. Now Thai cuisine is widely recognised by people from all over the world. They might not know every dish, but what they know very well is that the spiciness that comes from chilli is Thailand's national flavour. 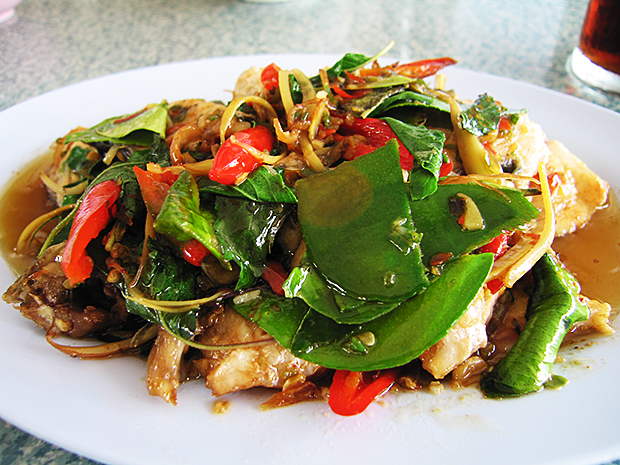