The burgeoning problem of ocean debris calls for action. Making a difference, Trash Hero volunteers collect sea-wandering sandals washed ashore as well as those discarded on the beach. The tons of trash are upcycled into shoe soles by polymer scientists of the Prince of Songkla University Pattani campus.

The eco-conscious scientists founded Tlejourn, meaning wandering across the sea. Operating on a zero-profit model, the social enterprise aims to raise awareness of marine waste through its eponymous footwear.

Producer of canvas shoes and ChangDao flip-flops, Nanyang has joined the environmental movement. The ChangDao x Tlejourn collaboration has resulted in colourful flip-flops named Khya (the Thai word for trash), launched last week at the Bangkok Art and Culture Centre.

The classic ChangDao is known for its durability due to the properties of Thai natural rubber. Khya's outsole is made from the same material while the insole is made of Tlejourn's upcycled material.

The upcycling involves cleaning the collected trash sandals, mostly with soles made from EVA (ethylene vinyl acetate). They are shredded into pieces, which are mixed with polymer glue, resulting in a compressed sheet for cutting into soles for making new shoes of a greater value.

The process allows turning 5kg of ocean debris into a Khya flip-flop, and 1,000kg into 200 pairs.

Till tomorrow, the ChangDao x Tlejourn limited edition, priced at 399 baht, can be pre-ordered through Khya.net, Lazada and Shopee, as well as Thailand Post Mart, Thailand Post offices and its call centre at 1545.

The funky flip-flops will be delivered in November, while proceeds will support Tlejourn and other sustainable-development projects. 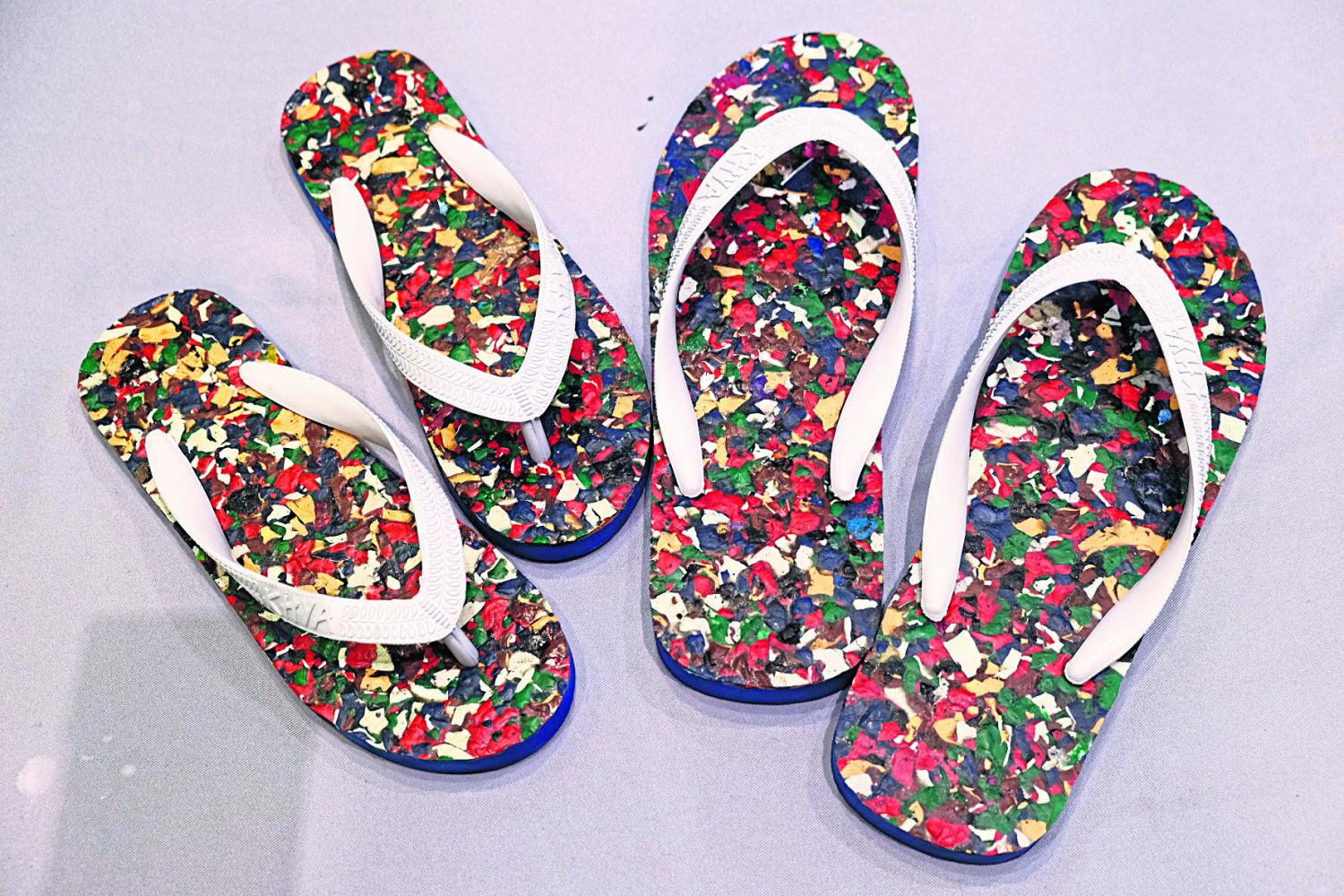 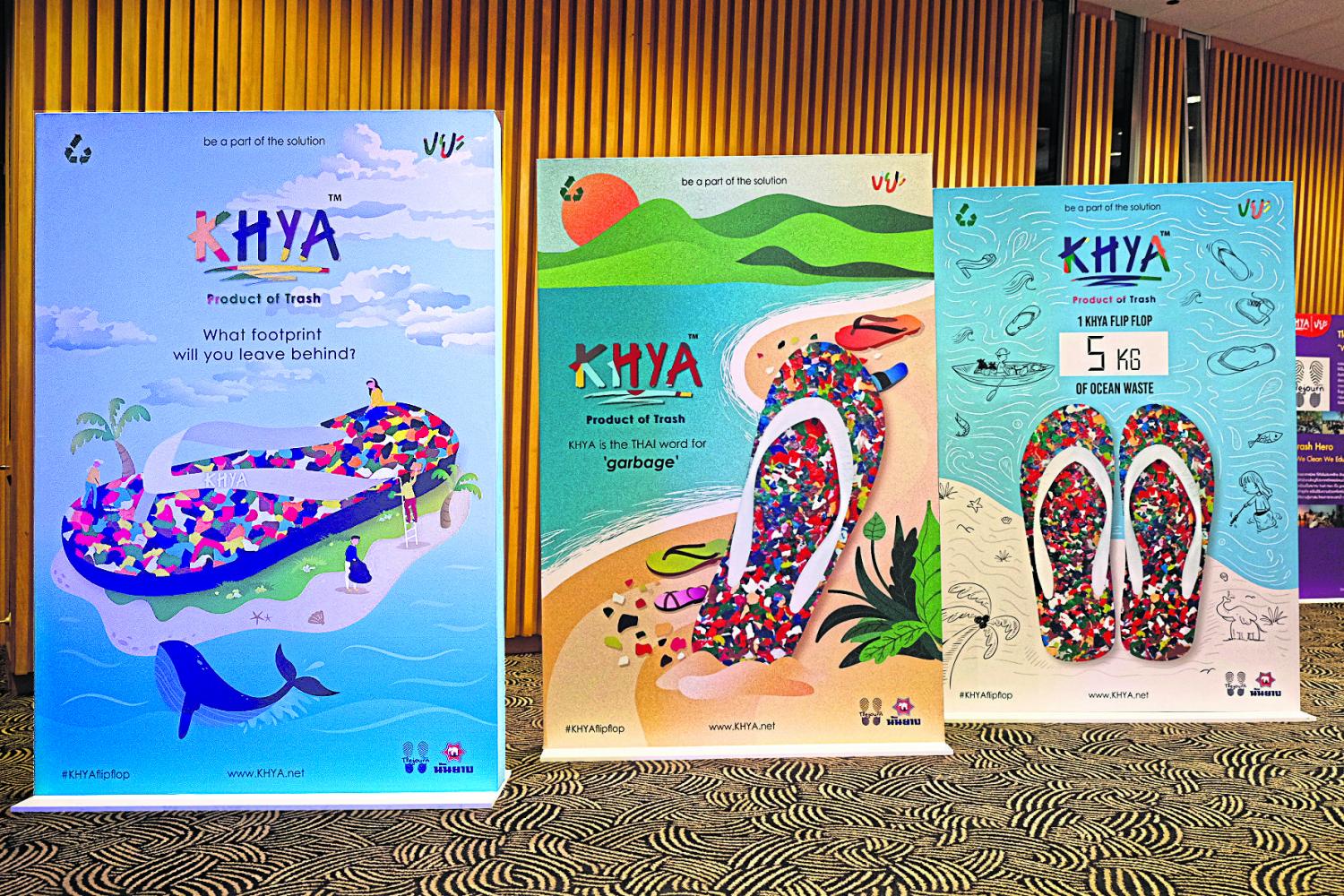