A crisis for workers

To mark Labour Day, Life explores how the Covid-19 pandemic has taken a toll on informal workers, as they struggle to put food on the table during lockdown

Venue closure, curfew and state policies enforced to contain the spread of Covid-19 are affecting the labour force severely. Workers experience the impact in different magnitudes, with some getting less pay and seeing their working hours reduced. Others manage to work from home. Some lose their jobs entirely.

Around the world, the International Labour Organisation estimates that about 5 to 25 million people could lose their jobs as a result of the economic and labour crisis caused by the pandemic.

But while the pandemic may affect each profession in different degrees, informal workers are facing the most disruption during this economic decline. In Thailand, there are over 20 million informal workers, which amounts to the majority of the country's entire workforce. These occupations include but are not limited to farmers, street vendors, construction workers, motorcycle taxi riders, and more. They have already been facing irregular income, with minimum to no job security or worker's benefits. Now, they're most likely being hit the hardest as they struggle to make ends meet, and could face prolonged impact even after the pandemic subsides.

Chulalongkorn University's Social Research Institute recently held an online panel discussion with representatives of the informal sector, where the workers shared how they've been affected since the lockdown. It should be noted that this discussion took place last week before the government decreed it would extend the lockdown for another month, but may allow certain types of businesses back in operation.

One of the participating representatives from the informal sector was Malee Soblek, head of the domestic workers network. She said that the pandemic affects the network's members differently depending on whether they live within their employer's household or not. For the live-in group, she reported that many employers now forbid their workers to leave home, even on their usual day off during the weekend, for fear they may bring back the virus. 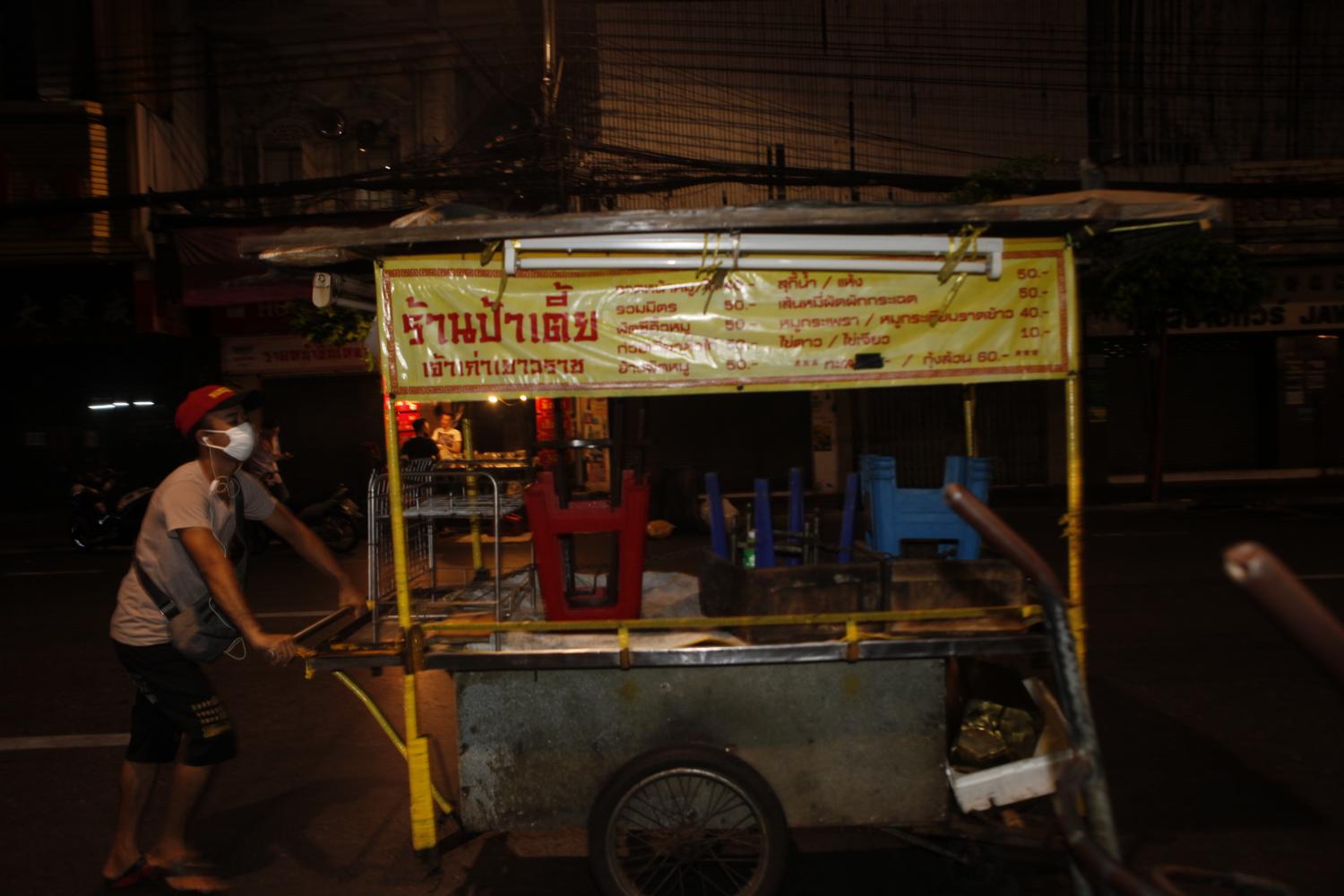 "Many live-in domestic workers now experience less personal space and time, plus longer working hours, as their employers now work from home. It's almost like work goes on 24/7 for them now that the parents and kids are all home," said Malee. "Some employers may provide masks and sanitiser for their workers. Some don't, however, meaning workers now incur more expenses as they have to buy these items themselves."

On the other hand, some of the "live-out" workers, or those who travel back and forth to their employers' house for daily or weekly services, are told their service is not needed until further notice. Their usual source of income then disappears.

Chaiya Intasri, from the Motorcycle Taxi Association, said that the income made by riders has reduced by 80%. Many now struggle to make even 200 baht a day, when they used to make up to 800 baht. Those who fare better are stationed outside subway and skytrain stops.

"It's a very risky time for our profession," said Chaiya. "We can never know if the person sitting right behind us is carrying the virus or not." 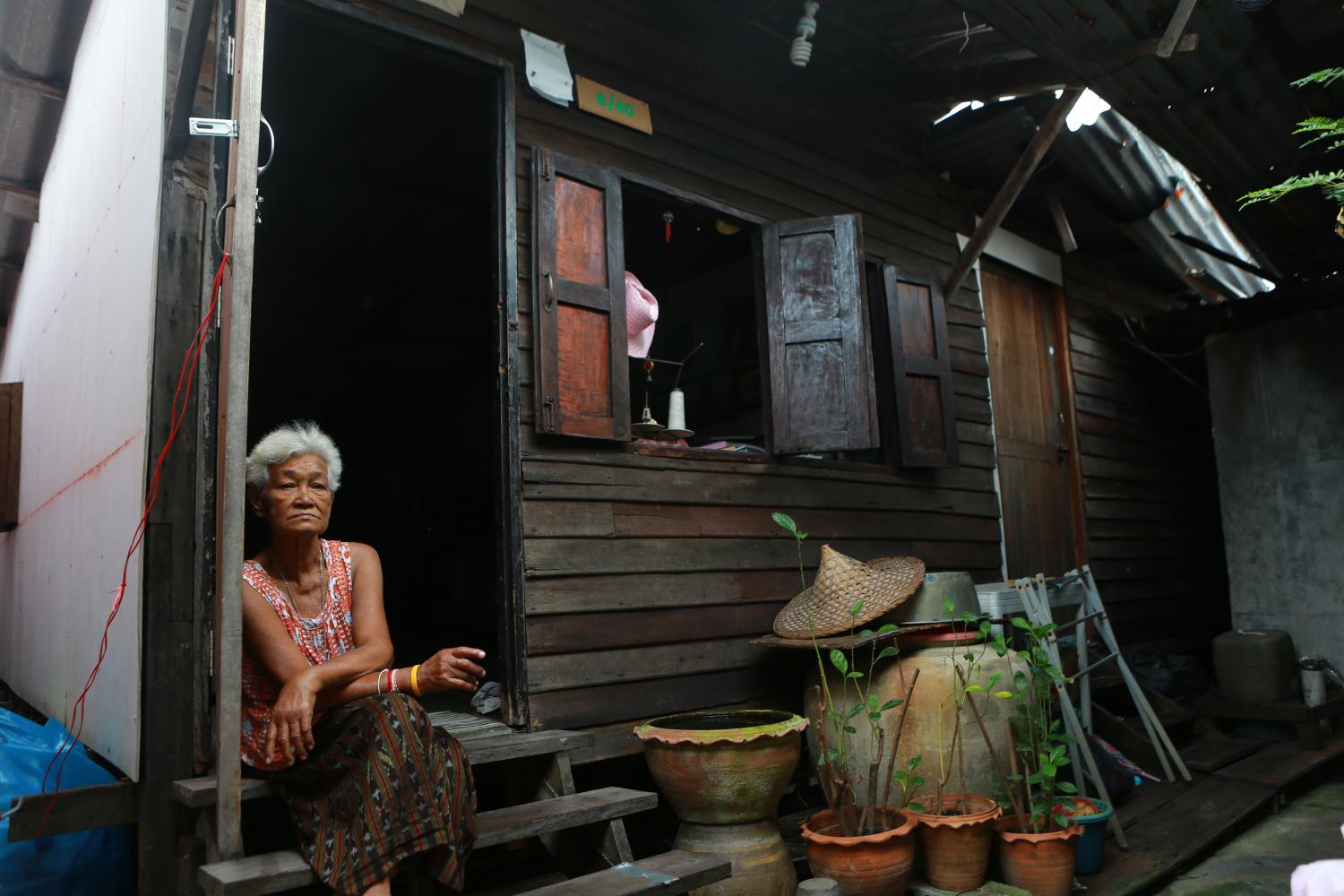 "Despite the risk, we go out riding every day. And once we go home, we buy food with that money. What we earn, we spend day by day. There's nothing left to save up. Some people quit to go back to their hometown and get detained for 14 days. They can't go anywhere, and that's even worse," said Chaiya.

As the workers struggle, some also face additional challenges and vulnerabilities, as they may live in a slum or congested community. Nutchanart Thanthong, adviser of the Four Regions Slum Network, said that many who live in a slum also work as drivers or vendors, as well as in the hospitality sector, which is heavily impacted due to the closure order.

With the state encouraging everyone to stay home, some have been hoarding food and other necessary items, while the poor couldn't afford the means or even space at home to do so. The 2m social-distancing measure is also practically impossible to achieve, with close to 10 people living in the same tiny household.

The network, said Nutchanart, has been providing aid to those in need by setting up community-based kitchens with the help of public donations.

"People have been very grateful for the donation, as it saves them from spending whatever cash they have left in their pocket. They try to save that to pay for water and electricity bills instead," she said.

Surrounded by uncertainties, some people in the community have formed a group to make and sell food together to earn some income, no matter how small it may be.

"We have to think sustainably, too, as we don't know when Covid-19 will end. Some who are still employed now could end up losing their job," said Nutchanart. "So far, we have a group selling chili dip. This way, at least they have a job where they can share the profits they make together."

Some workers, such as those selling food or riding motorcycle taxis, have migrated online to sell their products there and offer delivery services. However, not everyone is able to do so due to the limitation in knowledge and lack of access to technology. Many workers are old, and find it difficult to operate complex smartphone applications.

In an attempt to leave no one behind, the government announced the 5,000 baht handout scheme as a relief effort for people of different occupations who registered via the online application and passed the criteria. The process, so far, has been heavily criticised by the public for granting the money to those who are considerably well-off, while those who could really use it don't pass the criteria. Some also see their status rendered invalid, as their listed occupation is automatically changed to that of student or farmer. Frustration has led many to queue outside the Ministry of Finance daily to seek help, with some threatening (and even trying) to commit suicide right outside the ministry's office. 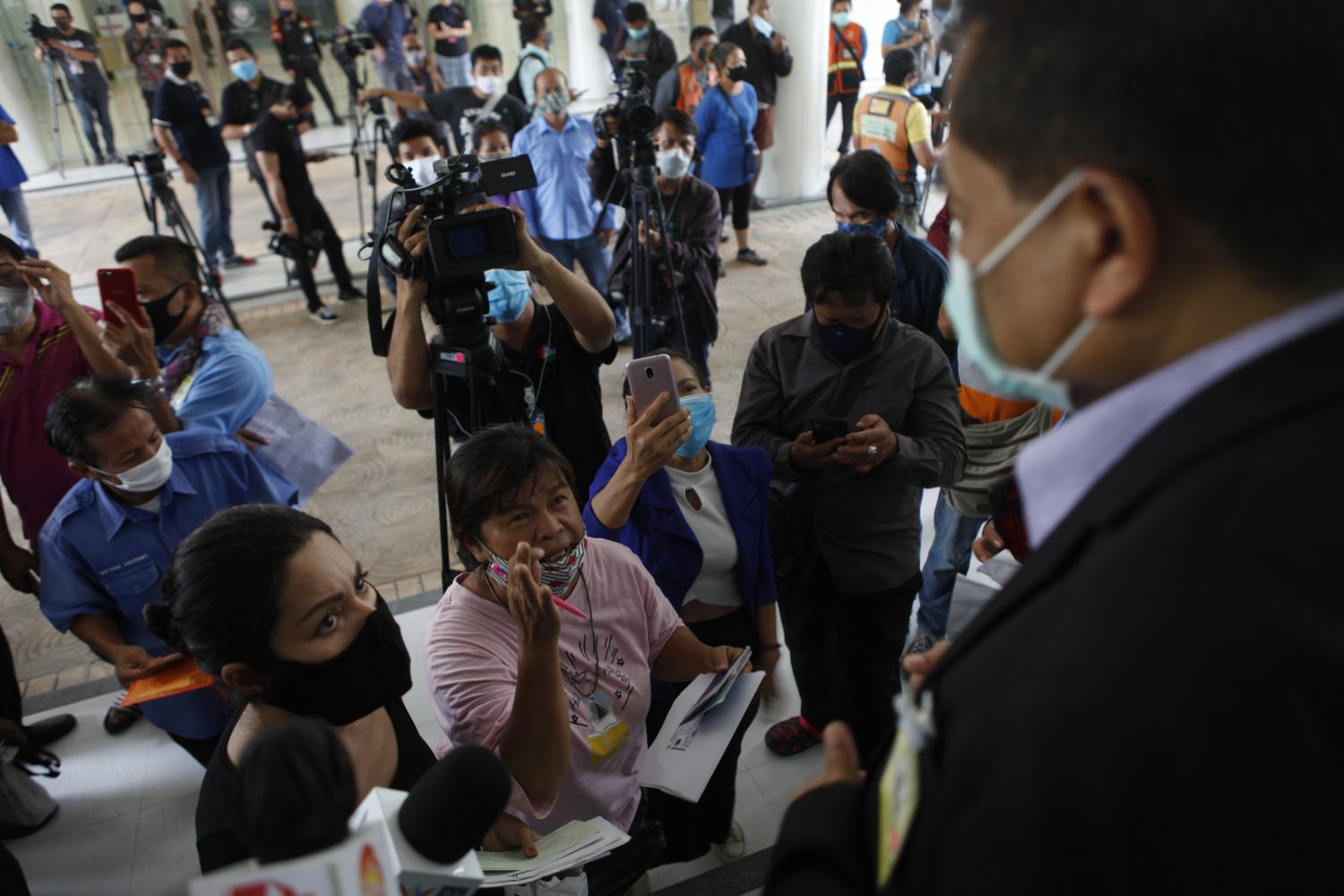 Citizens gather at the Finance Ministry to appeal its decision to reject their claims for the 5,000 baht cash handout. Photo: Nutthawat Wicheanbut

The panel has proposed different kinds of solutions they wish to see, including access to employment and funding, support to their professions, reduced utility bills and children's education fees, suspension of mortgage payment, and more.

Most importantly, they want to see clarity in the state's policies, as well as in its long-term measures.

Manop Kaewpaka, president of the Informal Workers Network Association, said that workers find it hard to make a decision and plan their life, as the state's measures hang in uncertainty.

"People have no job now and they are stressed out. If the state can't say clearly when different businesses can open, workers can't decide whether they should just go back to their hometown to save costs or not. Now, the government is just taking things bit by bit, with no end seemingly in sight," said Manop.

Assoc Prof Naruemol Nirathorn, from the Faculty of Social Administration at Thammasat University, said that Covid-19 has gone beyond being a healthcare crisis to being a development crisis.

"All the problems in society that have been swept under the rug are now surfacing, flooding in right at the same time," said Naruemol.

She added that most of the state policies that have been enforced so far are short-term, with nothing on the long run. The government will need to discuss how it will handle the post-pandemic economy, with more workers potentially migrating into the informal sector.

"The government is announcing daily the success in the low number of new infections. The public health sector said for people to not lower their guard. That's understandable, but both society and the economy require more than keeping one's guard up. We need to make sure people can put food on their table. And among these immediate and short-term measures, there's nothing concrete being discussed about the people."

"How is the government looking into the future beyond short-term solutions, and not simply just handing out cash?" asked Naruemol.

"At this stage, the state discussion has yet to go further than the word 'relief'," said Prof Surichai Wankaew, director of the Centre for Peace and Conflict Studies, Chulalongkorn University. "People say we've successfully contained the virus, but how are we at taking care of people's lives?"

The amount of informal workers in the country is higher than in the formal sector. However, they tend to be left out, said Surichai. The academic added that while short-term relief efforts are important, it's also crucial to make sure people can earn a living. Different ministries can also take this opportunity to re-skill and up-skill workers and include their participation.

"It should be a collaboration," Surichai insisted. "Now, the government is making people wait for help. Don't reduce their role and pride to be just someone who can only wait for a donation. Help them improve their skills so they can make a living and grow stronger."