Despite a steady decline in new coronavirus cases in Thailand, the country still sees a concern with regard to possible infections in prisons.

The same happens at prisons around the world. Earlier this month, more than 40 people were reportedly killed and 75 injured after rioting broke out at a prison in Venezuela. In the overcrowded prisons of Latin America, riots have been increasing as governments in various countries implement protective measures to help slow the Covid-19 outbreak. Late last month, a riot also broke out at the Villa Devoto prison in Buenos Aires, Argentina, as inmates protested about hygiene conditions amid the pandemic. Meanwhile, some countries decided to release detainees on parole such as in India due to overcrowded jails. In Thailand, a Covid-19 rumour in a Buri Ram jail back in March led to a riot and an attempt by prisoners to escape.

It's worth asking: What is the government doing to help protect this vulnerable group at a time when the pandemic has globally impacted people's health and livelihoods?

Information disclosed in recent research led by criminologist Nathee Chitsawang titled "Covid-19 In Thai Prisons" showed that the Ministry of Public Health measures adapted to be used in prisons, if followed to the letter, should play a key role in reducing risk of a possible outbreak in prisons.

Data for this research was largely sourced via phone interviews with inmates, Line chat groups and official reports. Unsubstantiated information was further vetted by reliable prison sources for validation.

Nathee said that as of now there have been three reported cases of Covid-19 in prisons. Patients include an inmate, a prison officer and a drug offender/addict from the probation department. 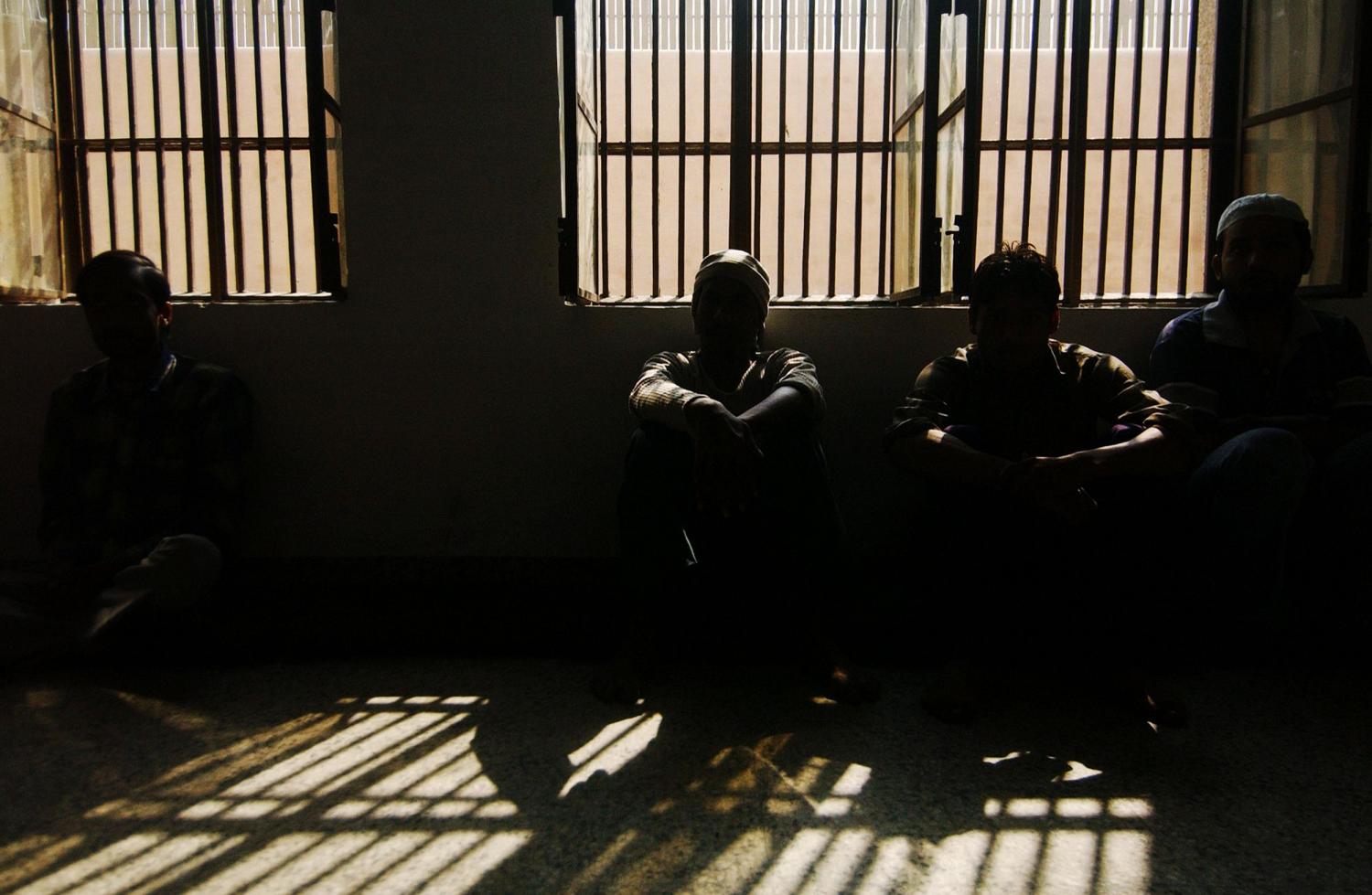 He attributes the low number of cases so far to the implementation of a prison lockdown, strong screening measures for new inmates, and very limited outside activity for prison residents and staff alike.

"Drastic measures need to be applied to stop any possibility of an outbreak of Covid-19 from happening behind bars, because, for one, there is a high chance of an inmate catching the virus on even a much-needed hospital visit. That is why a lax attitude towards enforcing these measures could easily lead to a dreadful disaster for the general prison population," remarked Nathee, who is also an advisor to the Thailand Institute of Justice (TIJ).

Currently, the prison population stands at 380,000 incarcerated in approximately 143 prisons, but the system can accommodate only 200,000 prisoners.

He said that due to the overcrowding conditions, it is next to impossible to expect inmates to use social distancing, making it imperative for everyone concerned to abide by the stringent procedures.

"Prisons have been instructed to set up zoning areas within their facilities to ascertain new inmates are not carrying Covid-19. Strict quarantine and monitoring procedures make it impossible for anyone to go undetected. It is compulsory for them to pass two specified zones before they are allowed to reach the third, a general area for inmates, where their movements are again seriously restricted.

"Zone one is an isolation area where they are quarantined for two weeks. After completing their isolation period, they are taken to the next zone, a reception area for monitoring and observing symptoms [of Covid-19], where they stay for the next two to three months. Only if the individual shows a clean slate of good health can he/she be transferred to zone three.'' 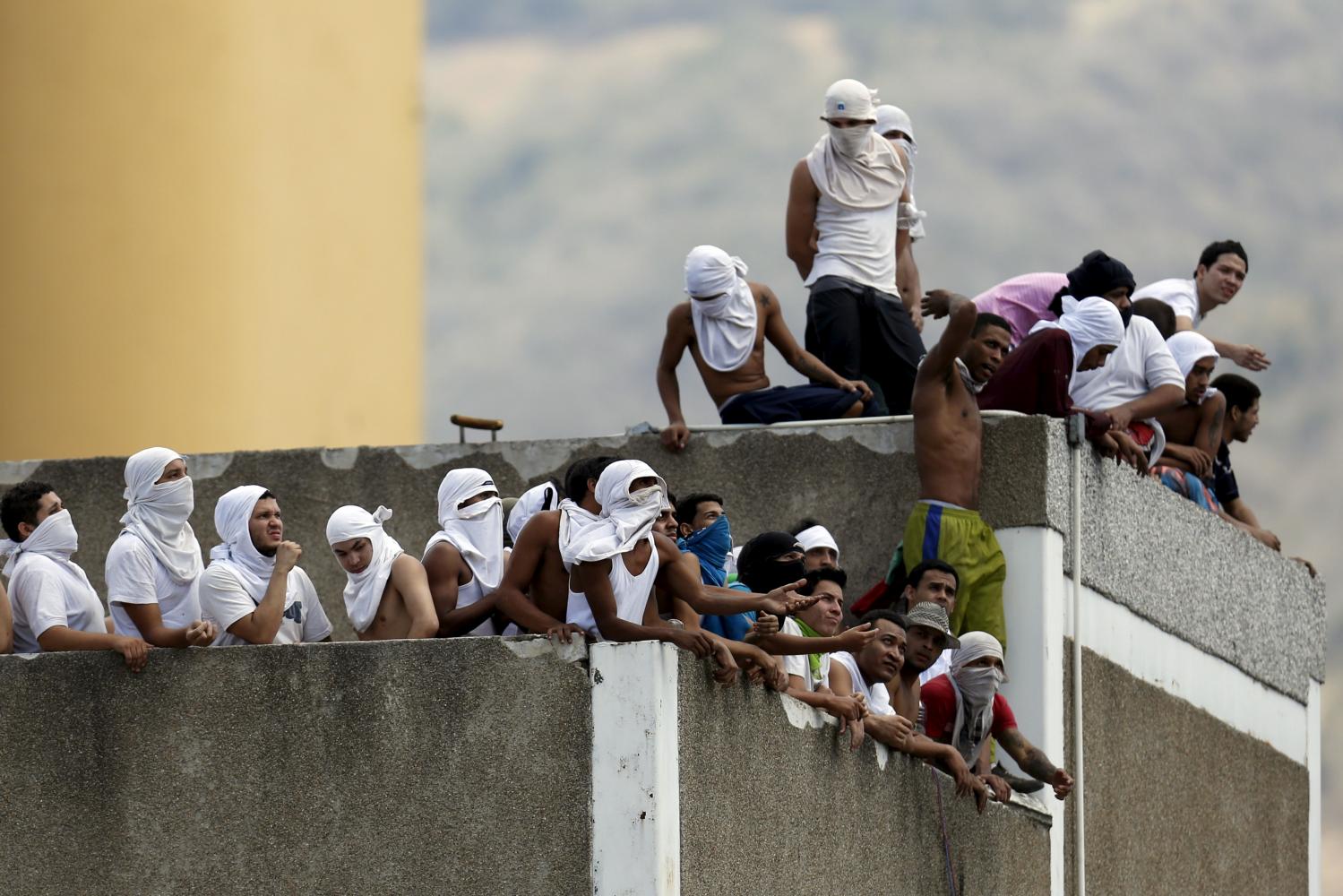 Moreover, Nathee said, all efforts are being mobilised to put a strict control, and limitation, on allowing prisoners outside the complex.

Prison officials have been commanded to either postpone, or, if needed, cancel, any activities that would have them leave the premises of the prison, with the only exceptions being a serious need for hospitalisation and having to attend court hearings.

On board with these measures is the Court of Justice, which he noted has "offered valuable assistance with suspended prosecution in some cases and application of e-court services to help reduce the number of prisoners sentenced to prisons and those needing to attend court hearings".

Another concern for prison authorities is the possible infection of Covid-19 through family visits, said Nathee, so, due to this, visits have been temporarily suspended. In place are two options, Line app video calls and the prison's e-visiting programme.

Leaving no stone unturned, regulations have also been laid out for prison staff.

"Prison officers and their families are under lockdown, residing in their official residences near the correctional facilities and banned from travelling to affected or high-risk areas. When they arrive for work, each of them has to be properly screened for any Covid-19 symptoms, such as fever for instance, before they are allowed to start work.

"For staff to protect themselves, prison authorities have to also provide them with face masks and alcohol or hand-sanitiser gel bottles. In some facilities, prison officers may also find the need to be provided with the face shields."

Besides this, Nathee said it is imperative to keep prisoners in the loop when it came to explaining to them about how they can protect themselves against Covid-19 by paying better attention to their physical and emotional health. In addition to, of course, wearing a face mask provided for them by the authorities.

"To avoid any chance of transmission, a sufficient number of hand sanitisers and soaps have been placed in various locations within the facilities so inmates can see the importance of hygiene, washing their hands as often as possible. Moreover, inmates have to be discouraged from sharing personal items with fellow inmates. It's a habit that needs to be urgently discouraged."

While these measures are proactive, Nathee believes for it to truly work, more is needed.

"In my opinion, this can only be accomplished when inmates fully recognise and understand the severity of the pandemic, but not allow themselves to get into panic mode." Forget working from home -- why not live in an old office?