This year has been a total crapfest. We've gone through a soft lockdown and we're past it, but the pandemic continues and things are far from normal. Then there is the current state of affairs, which just piles on to the mounting stress. It's been a rough year and I can't help but remember that we all felt the same optimism when we wanted 2019 to end. Remember when we thought that year was bad? We've got two more months of 2020 and let's be real, we're not really sure what 2021 holds. Fortunately for you, I've done the hard work and listed a few viable options to let off steam. Whether it's by trashing a room or cuddling puppies, here are a few ways you can relieve the stress from the troubling times we're in. 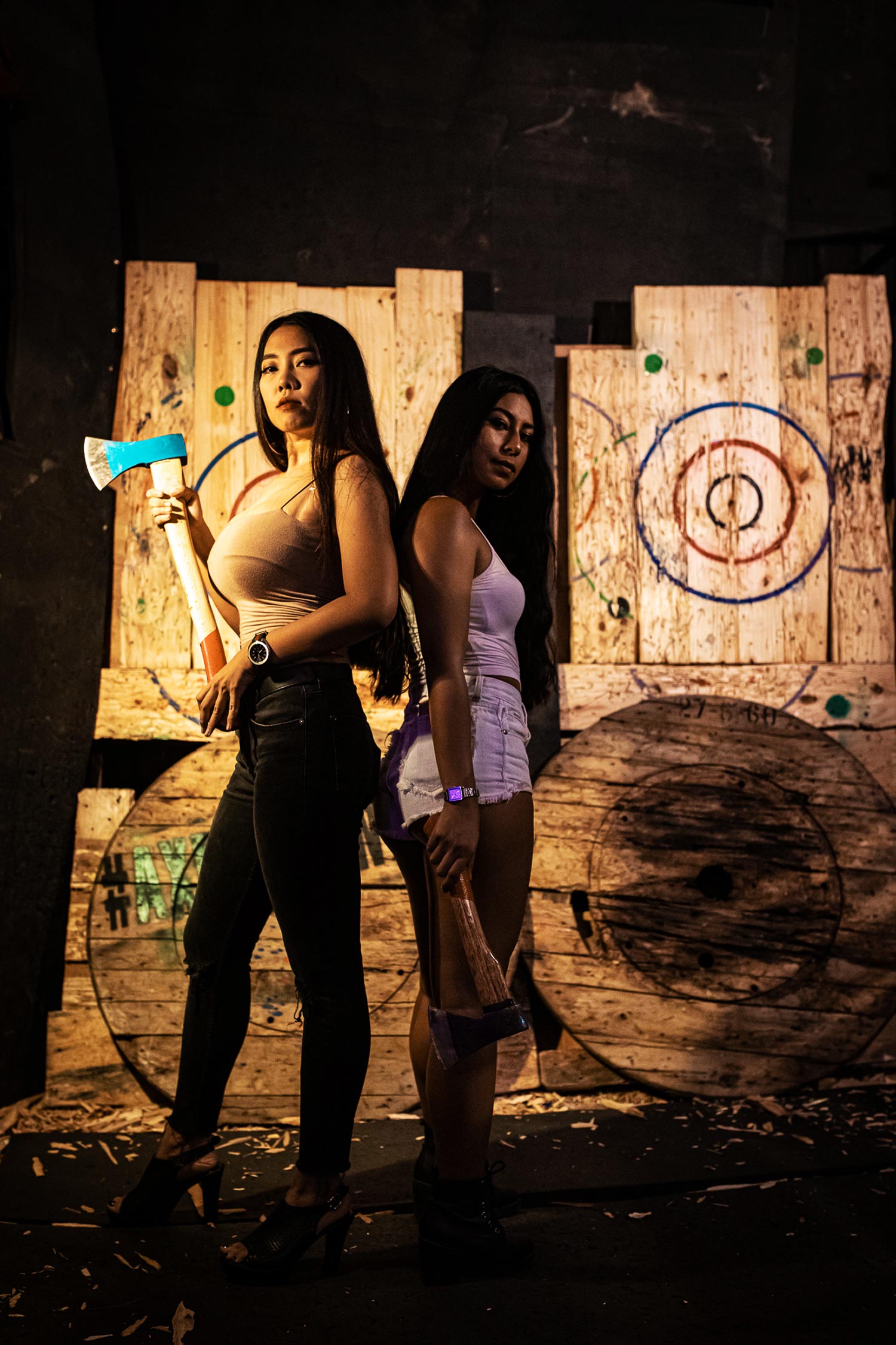 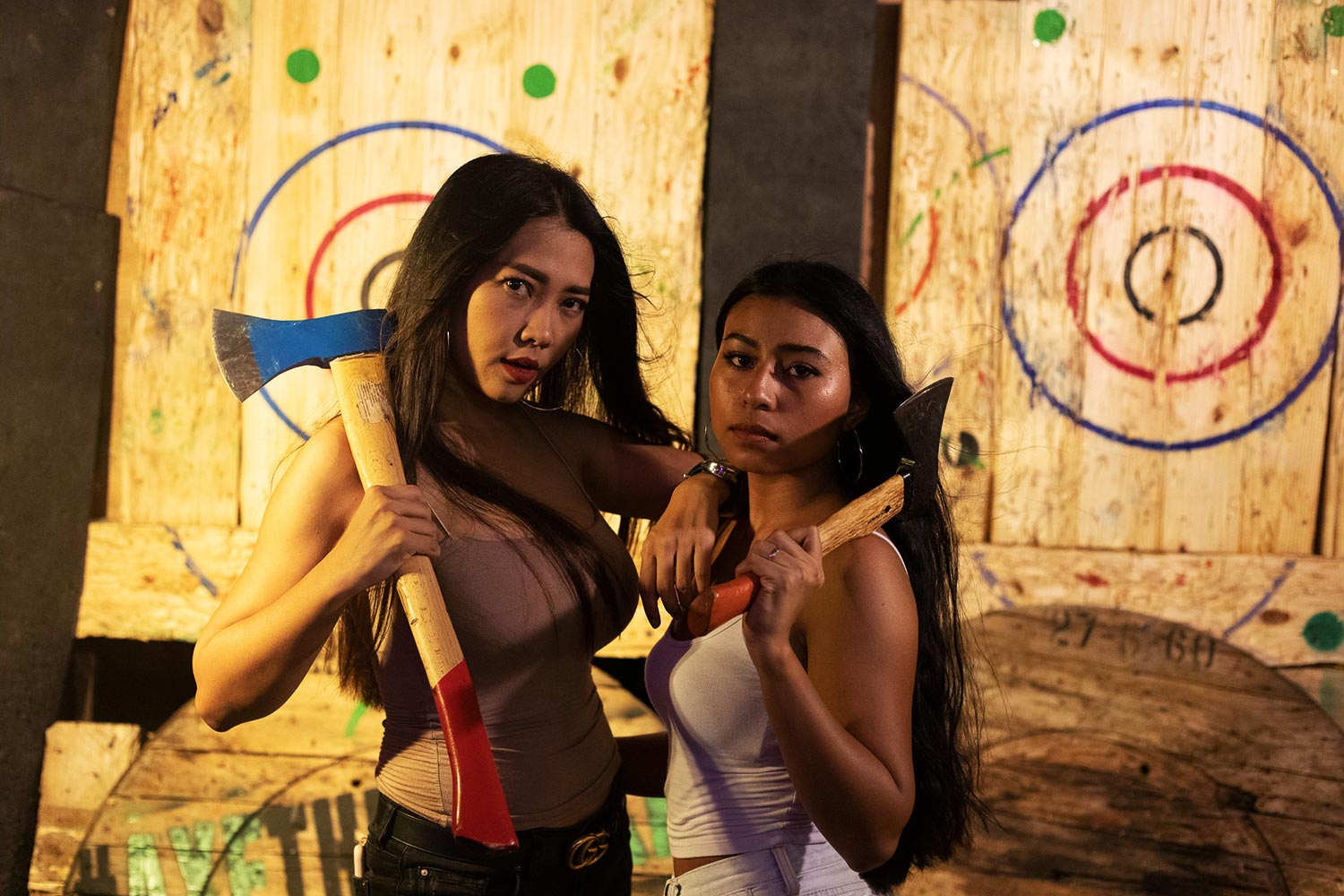 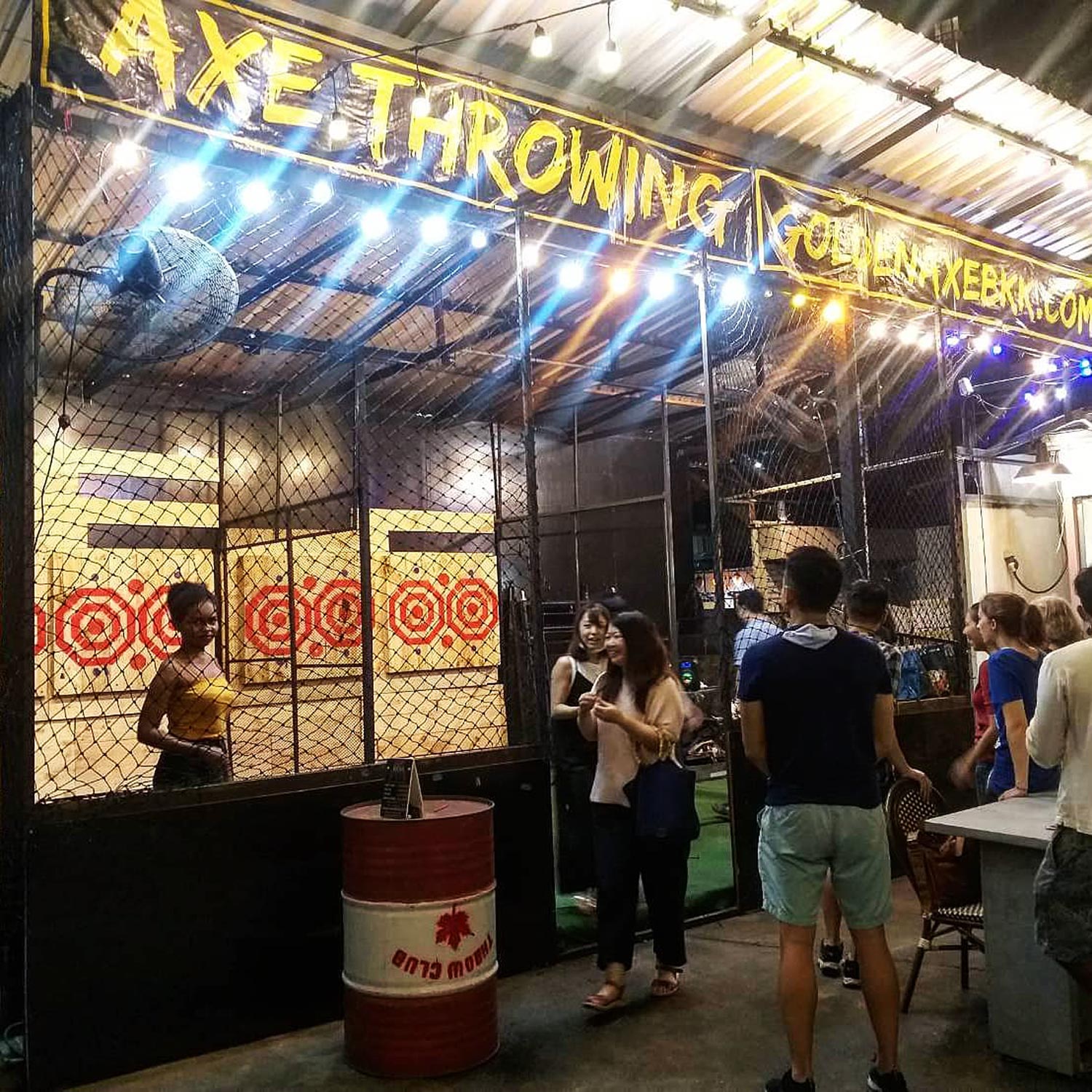 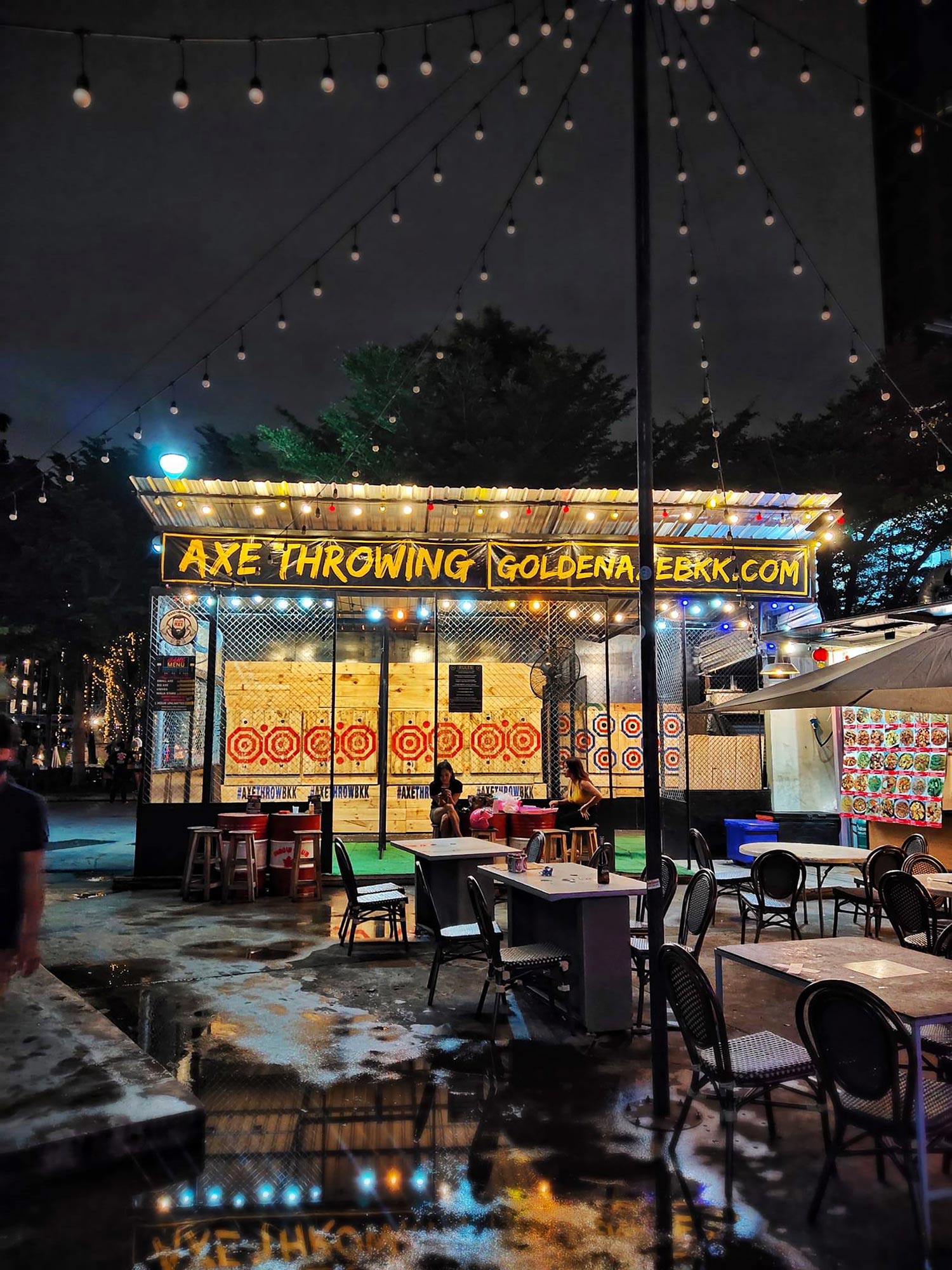 You've probably watched a number of movies where you've seen an entire room get completely trashed and though it looks utterly satisfying and tempting, you're sane enough to know that destroying your living room just for momentary satisfaction isn't worth it (unless of course you're filthy rich and can get away with something like, oh I don't know, running over a fishball vendor). Fortunately, there's a place at Srinakarin where you can demolish rooms to your heart's content. Rage Room Srinakarin is pretty self-explanatory. Need to release some pent up anger? Spend 30 minutes here to destroy things with a bat, hammer or crowbar. The prices are not too steep either; they're definitely way cheaper than if you destroy your own living room: their cheapest package is B199 for a person to destroy 15 objects within 30 minutes. Don't want to vent all by yourself or perhaps your friends want to get some things off their chest, as well? Their most expensive package is for three people priced at B499, which gives you 20 objects to destroy in 45 minutes. It doesn't matter which one you go for. What matters is that you finally get to destroy a room without going to jail for it. 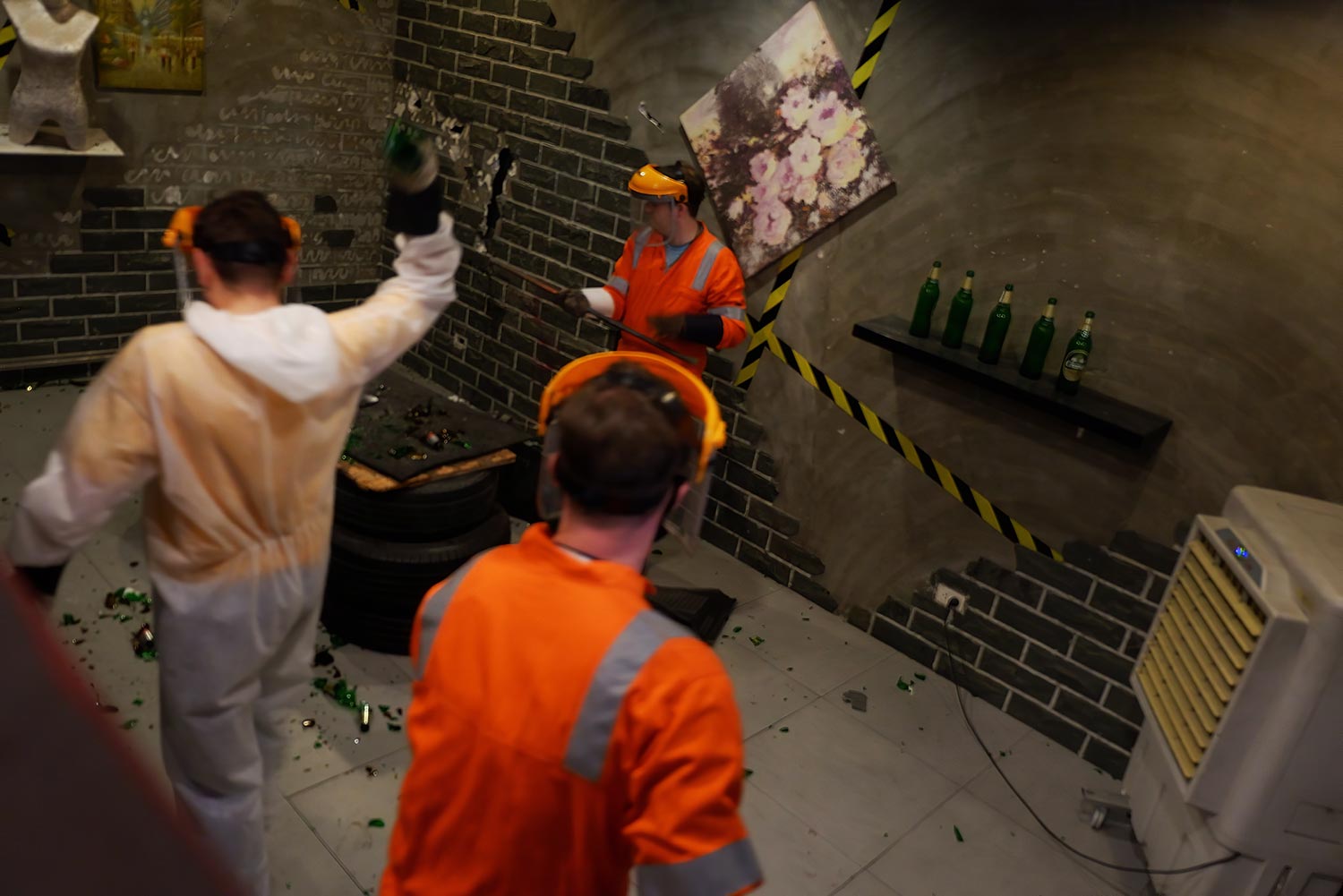 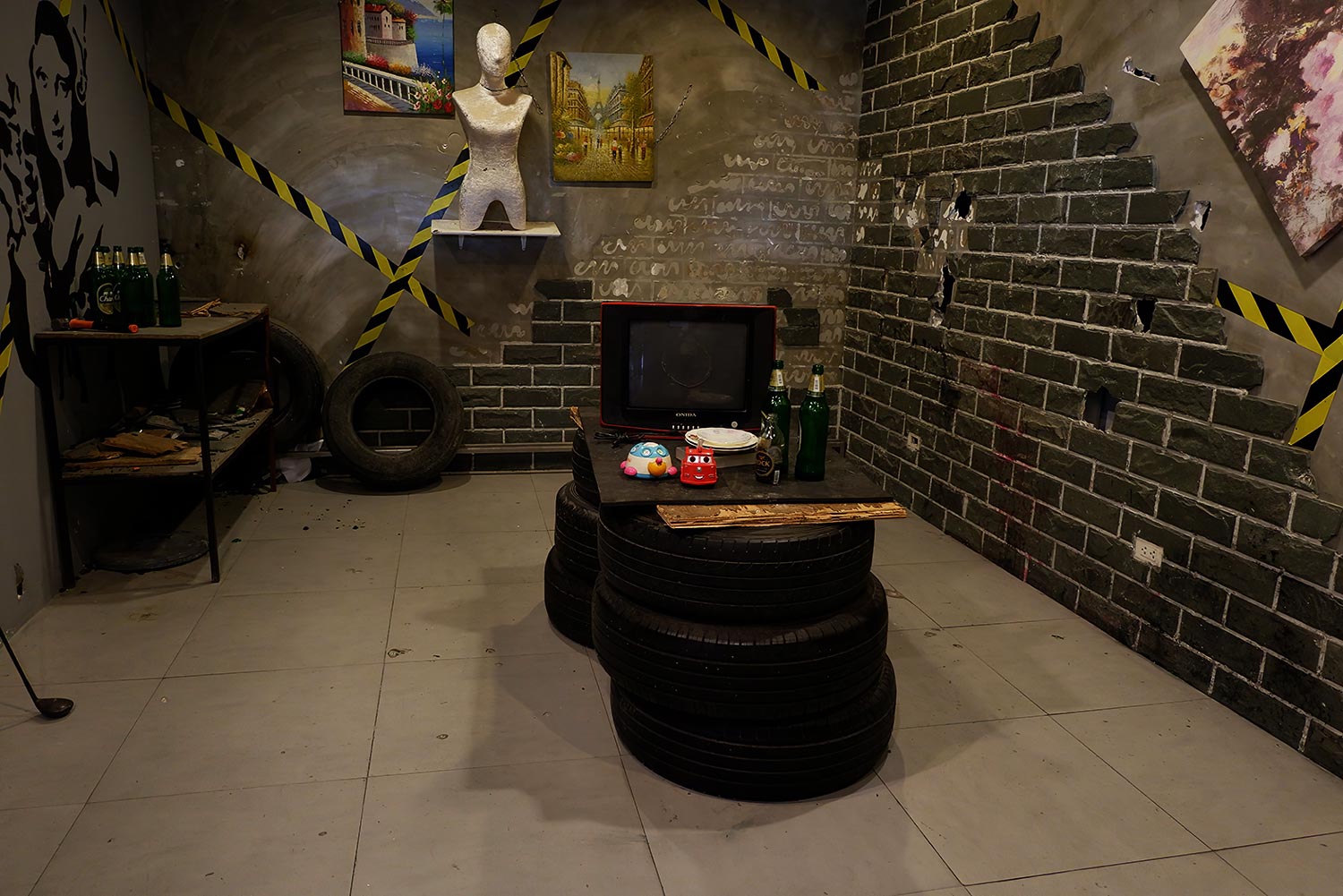 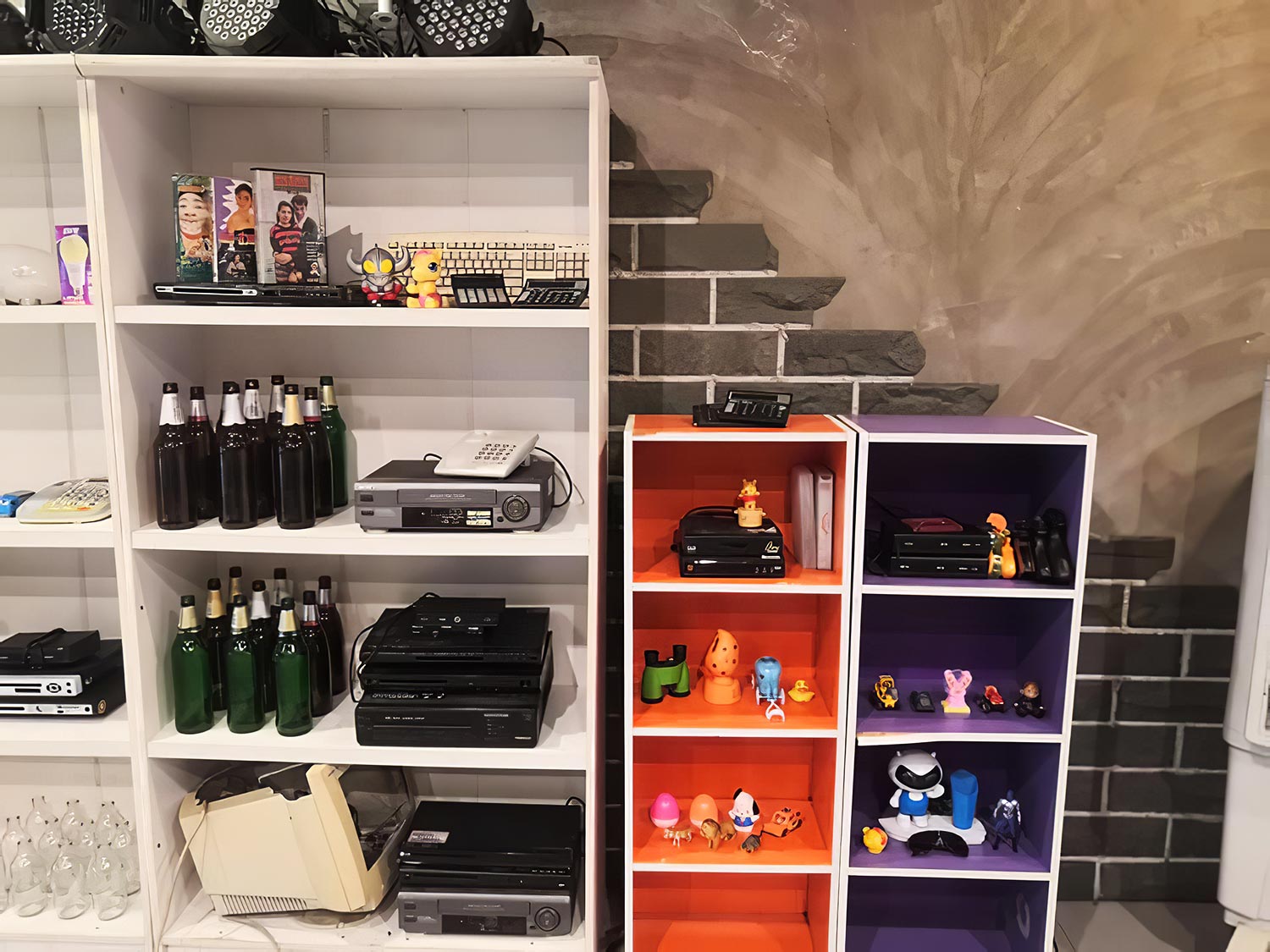 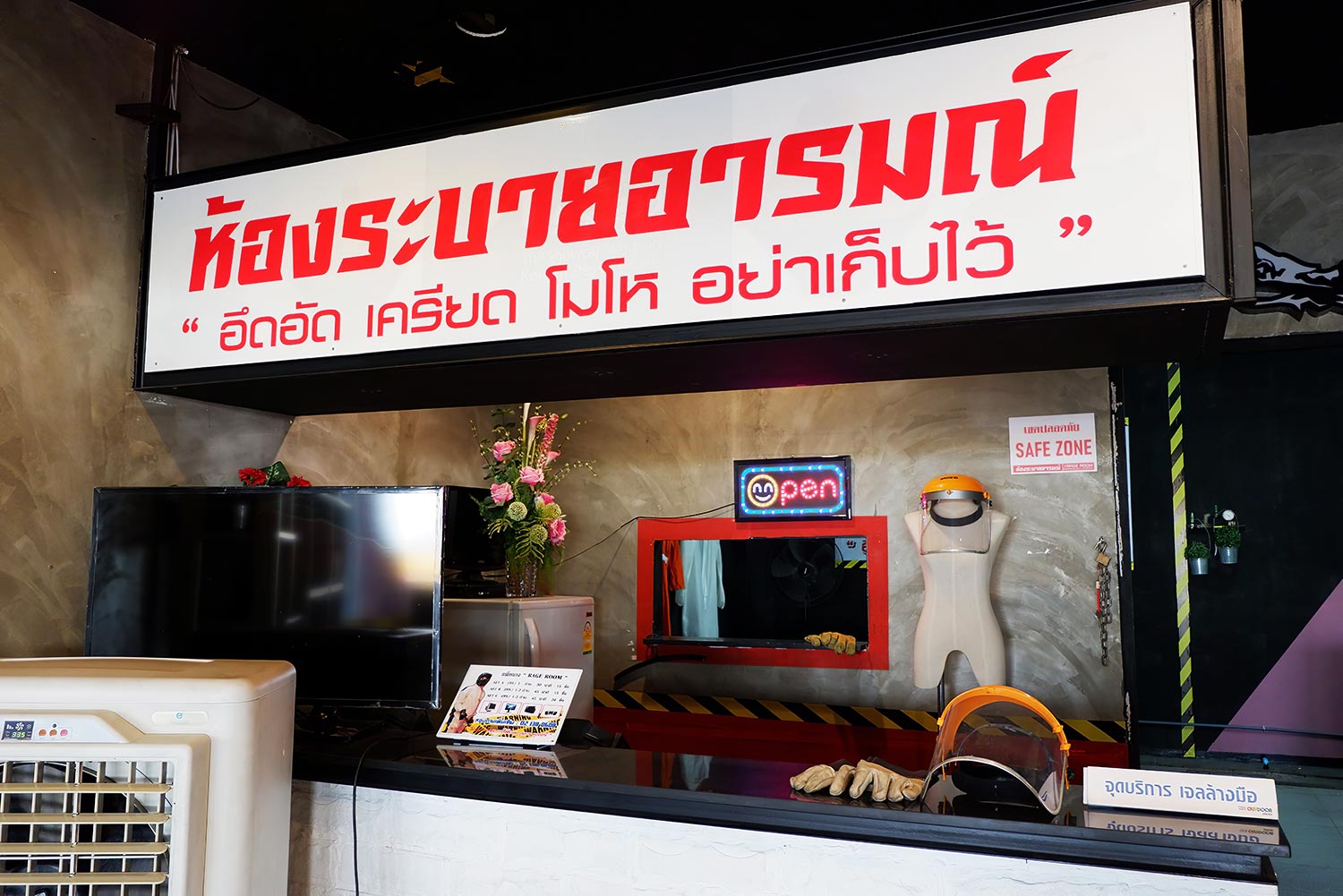 Nothing takes the stress off like a little bit of axe-throwing. Golden Axe Throw Club Bangkok has grown to become one of the city's alternative pastimes. From their original location inside a neighbourhood in Lat Phrao, they've now moved to W District just a few blocks away from BTS Phra Khanong, which makes them more accessible. Plus, it doesn't hurt that you've also got plenty of food and drink stalls around — just don't drink and throw. With prices starting at B500 per person for an hour, you and your friends can throw until your time's run out or your arm is sore. If it's your first time throwing, don't just grab an axe, swing and release willy-nilly. They've got coaches to help and train you. If you're holding a party or some sort of gathering of a number of people wherein your purpose is to express your grave disappointment and furious rage at certain people or oppressive systems in society — ahem, ahem — they've also got mobile axe-throwing cages hitched on the back of a pickup truck that can be rented for your private events. In other words, if you've got the cash to dish out, you don't need to go to them; they can come to you so you can dish out your axe-throwing aggression. 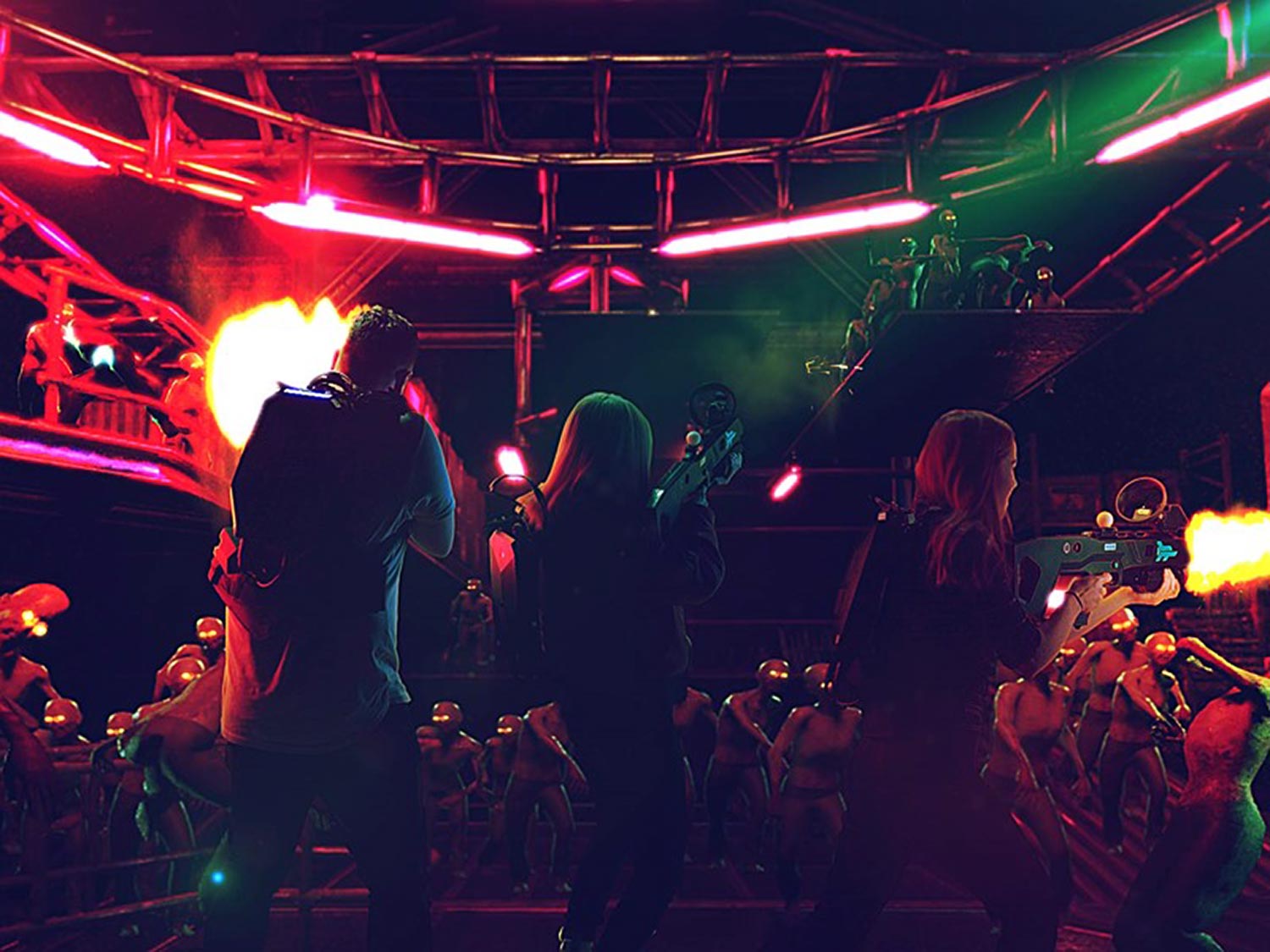 It's the middle of a pandemic so there isn't a better time to kick some zombie butt. VR zombie games are nothing new but Zero Latency offers the rare, wireless, free-roam VR experience. That means you don't have to worry about wires wrapping around you as your turn or accidentally yanking the TV off the wall because you forgot you were connected to it. Zero Latency has games like Zombie Survival where you and seven other players can team up to... well, survive against zombies. Or perhaps you can take your chance at the Undead Arena where you take part in a reality TV show that pits you and other players against zombies to see who is the last person standing. Whichever game you choose, you get to shoot zombies, and that's definitely a satisfying way to let off some steam. 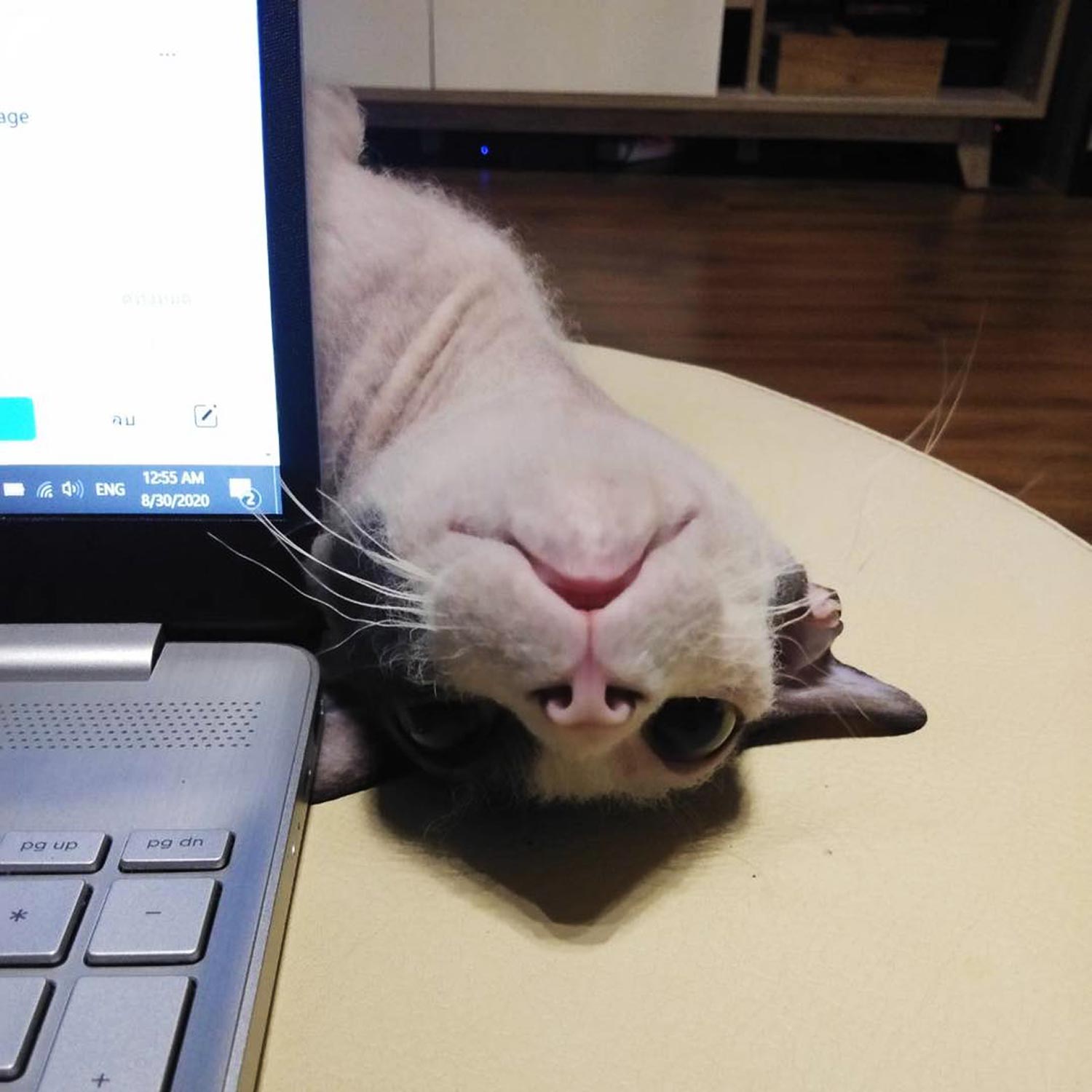 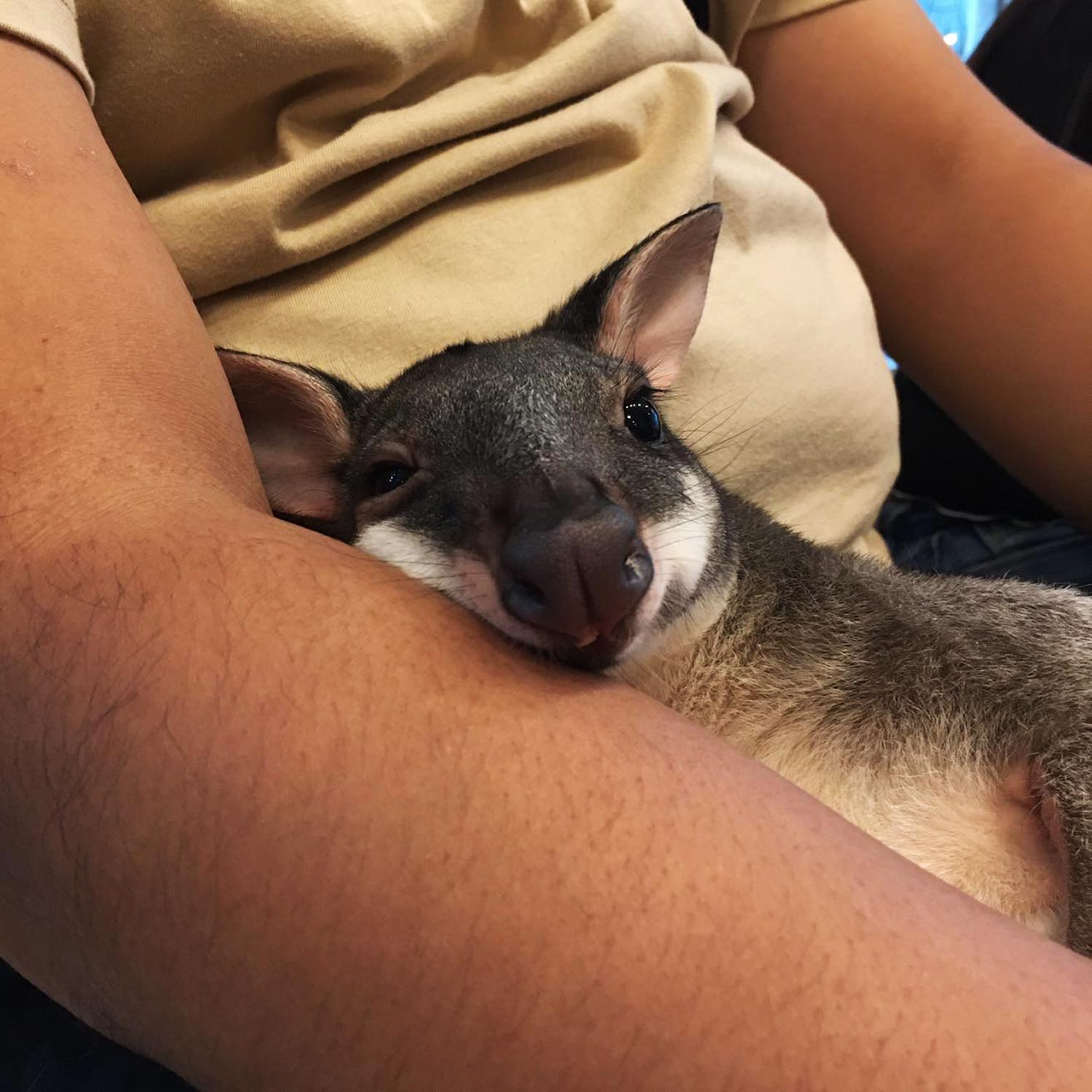 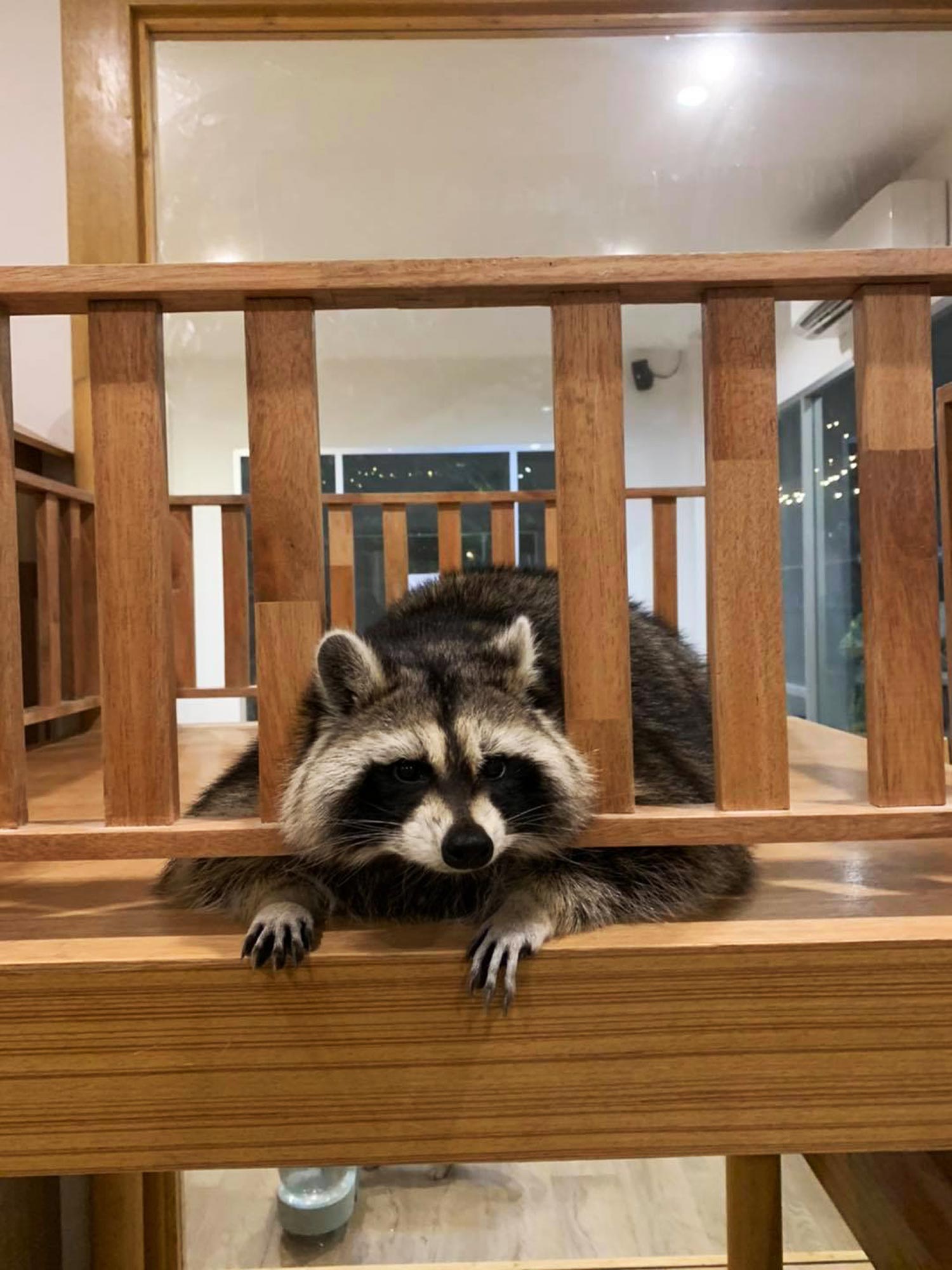 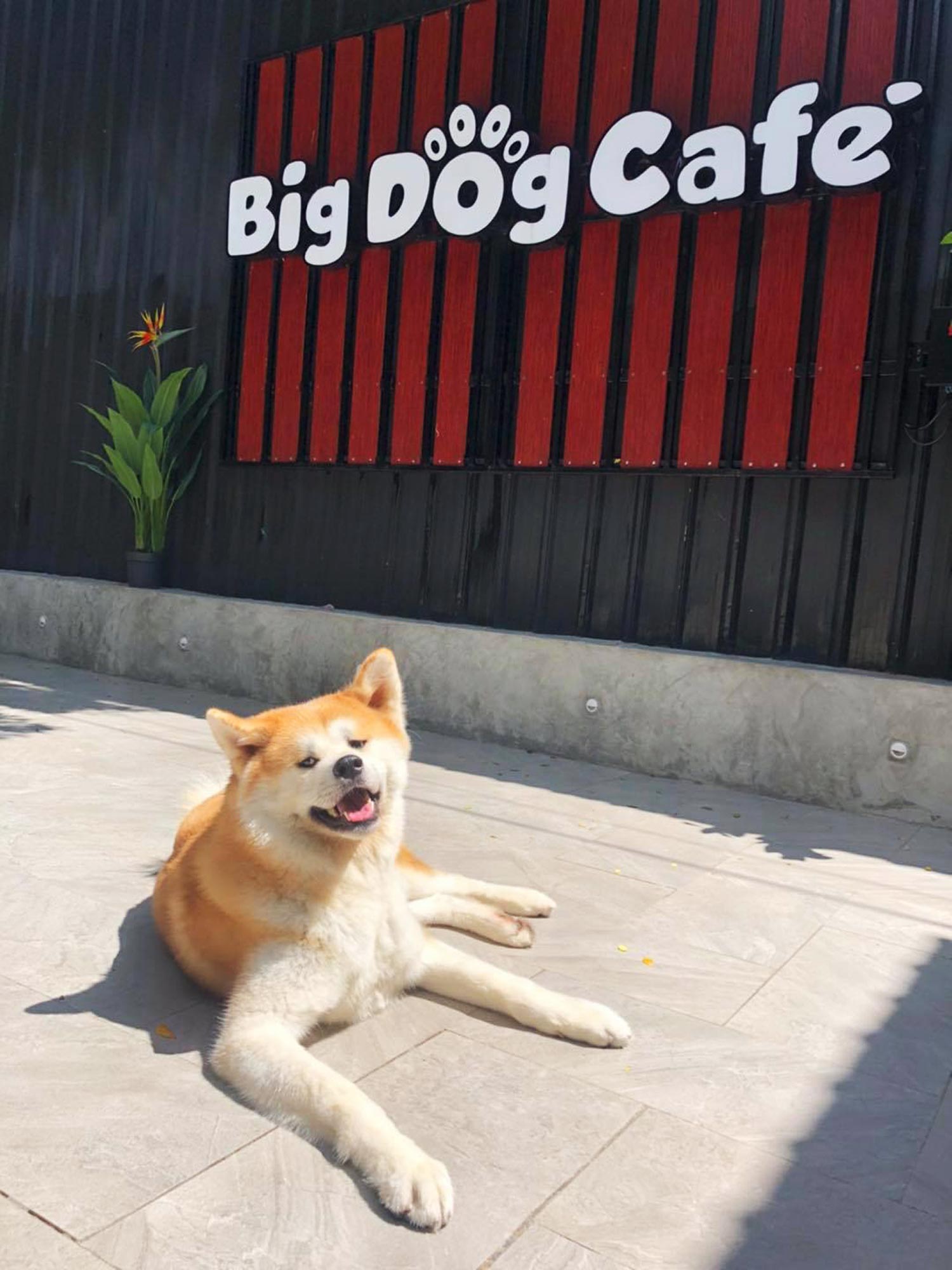 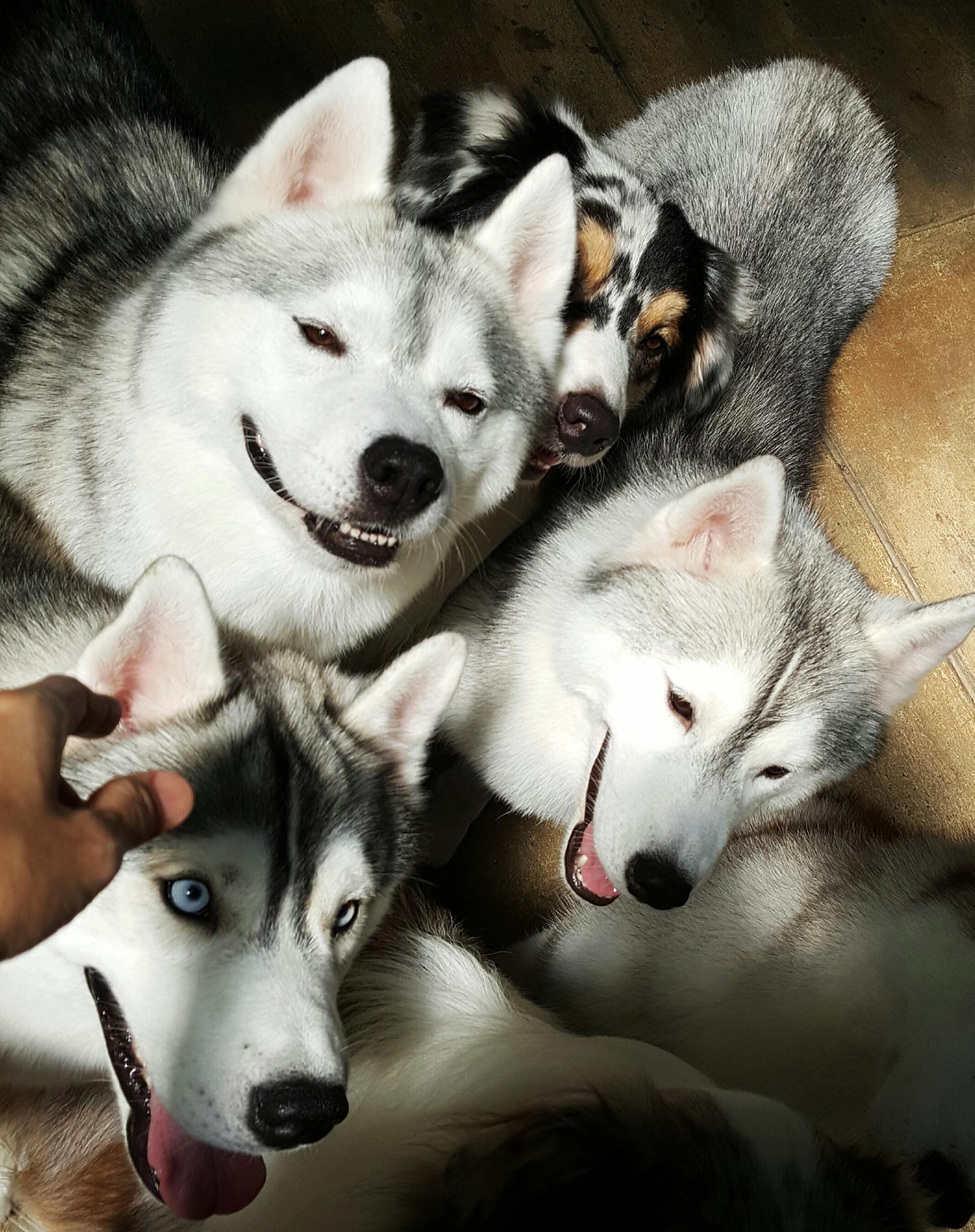 I've been talking a lot about the aggressive options of letting your stress out but let's change gears and talk about the stuff you can do that's more laid back and relaxing yet produces the same result. And is there anything more laid back and relaxing than spending some time playing and cuddling with cute animals? Pet cafes have been all the rage in the city so there's no shortage of where you can go to hang out with the furry babies of your choice. One of the most well-known and frequently visited places is TrueLove at Neverland (http://fb.com/NeverlandSiberians) who have a slew of adorable Siberian huskies and some other dog breeds that are fluffy and more than worthy of hugs and cuddles. For bigger dogs, head to the aptly named Big Dog Cafe (http://fb.com/BigDogCafe). When they say big, they do mean big. If you prefer the feline variety, Caturday Cat Cafe (fb.com/CaturdayCatCafe) is the place to go to be around cats that are roaming around all over the place. Finally, if you want something with a little more variety than just cats and dogs, Little Zoo Cafe (http://fb.com/LittleZooCafe) has corgis and cats but they also have other adorable fluffy animals hopping around. If you visit these places and still feel tense, you're probably already in need of serious therapy. 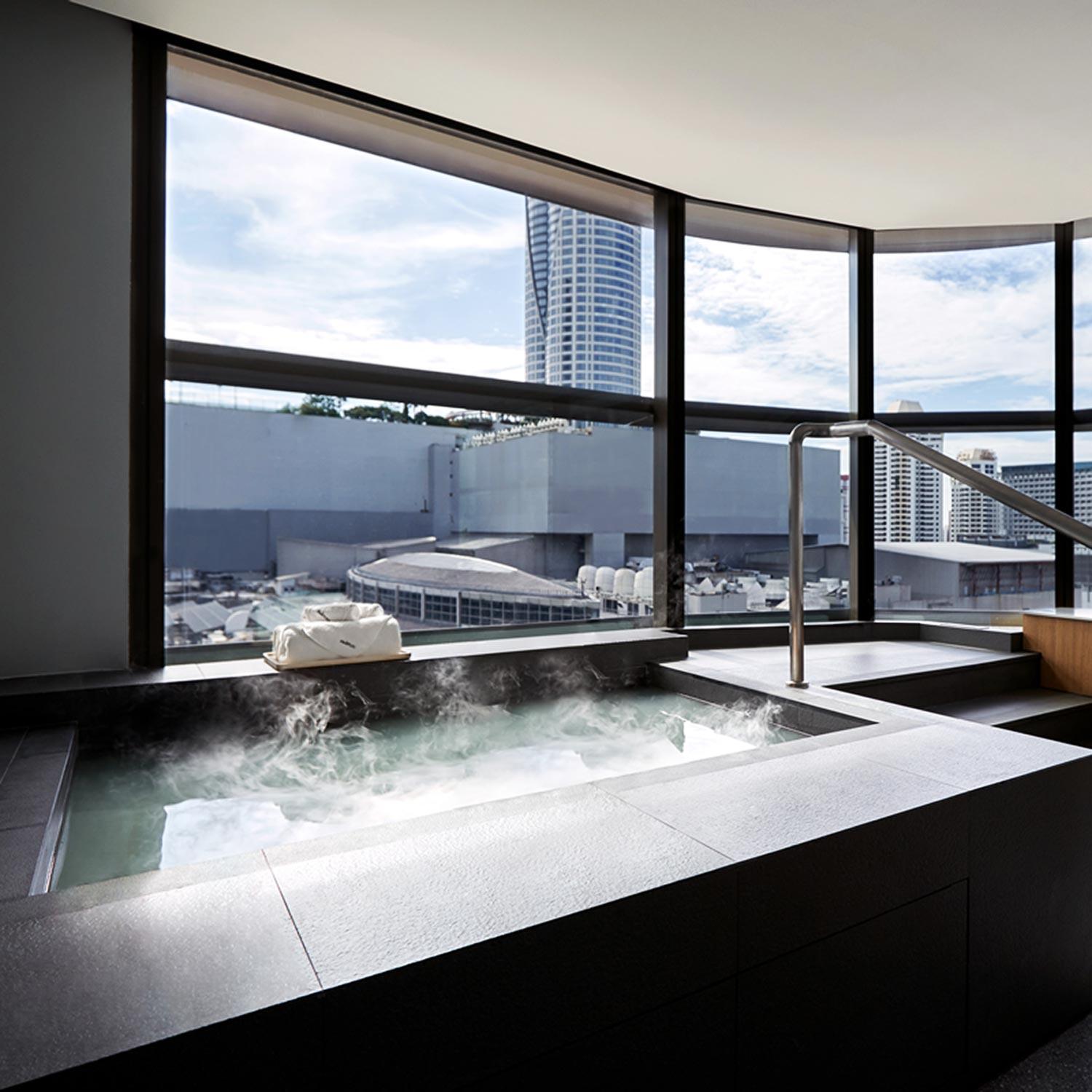 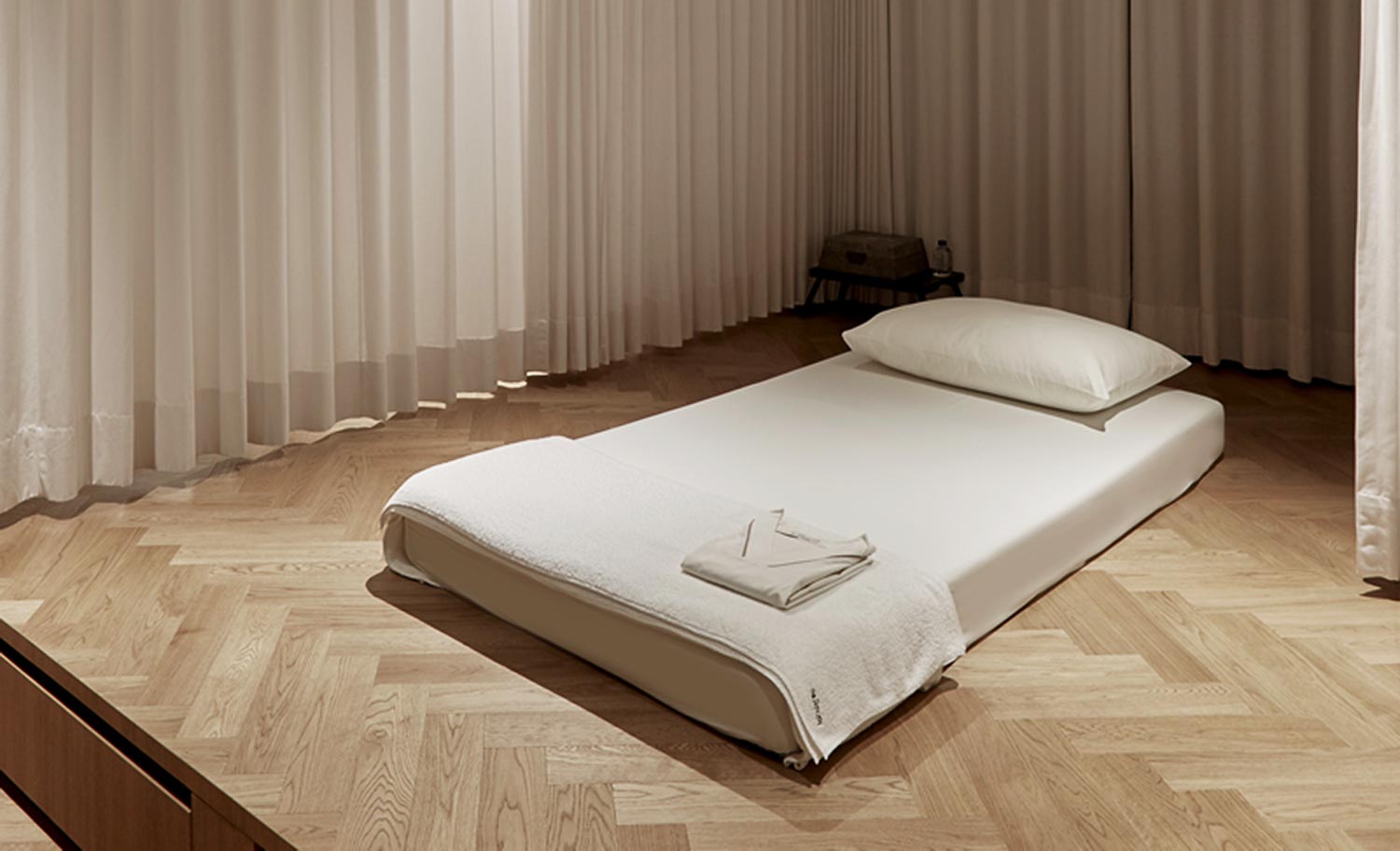 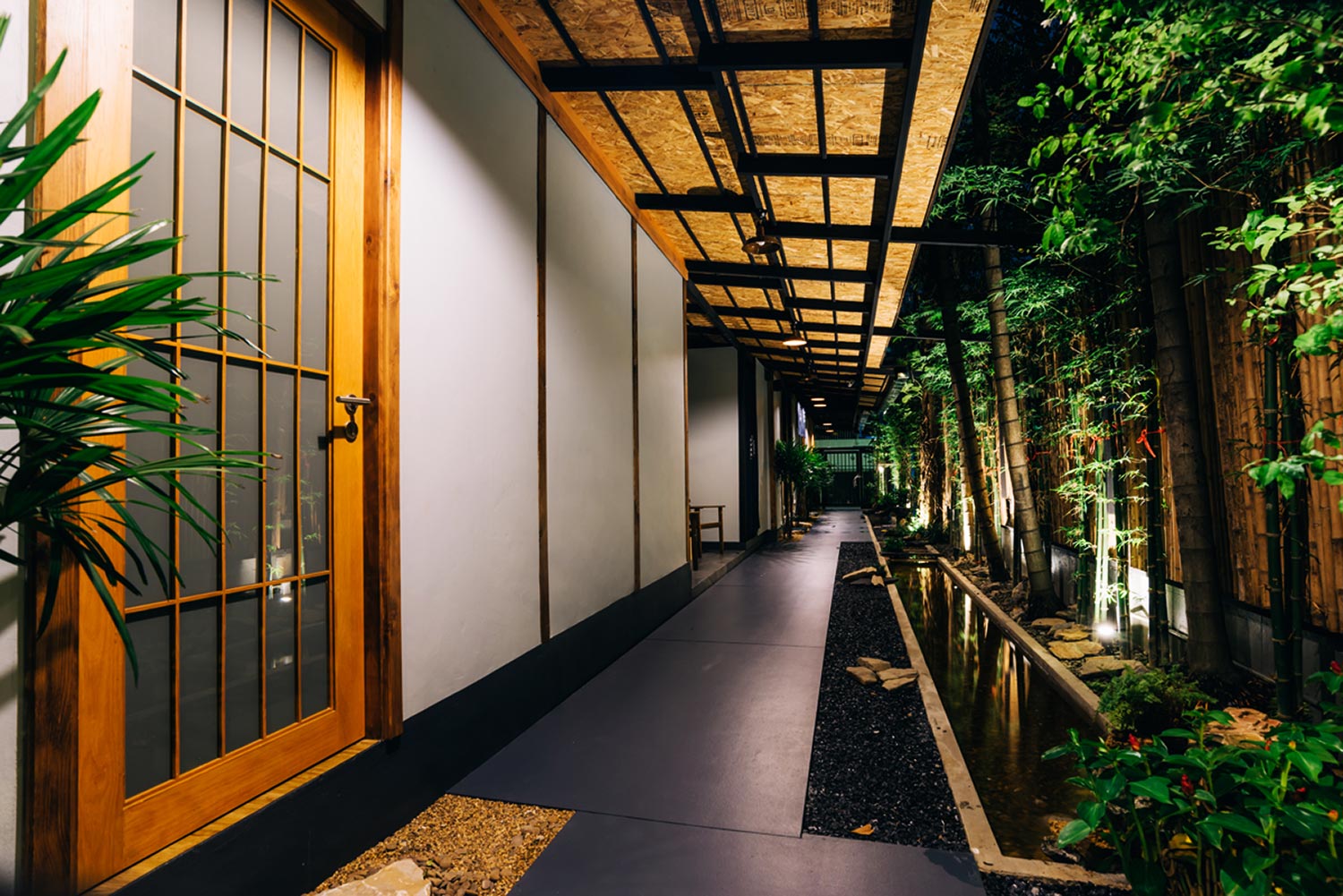 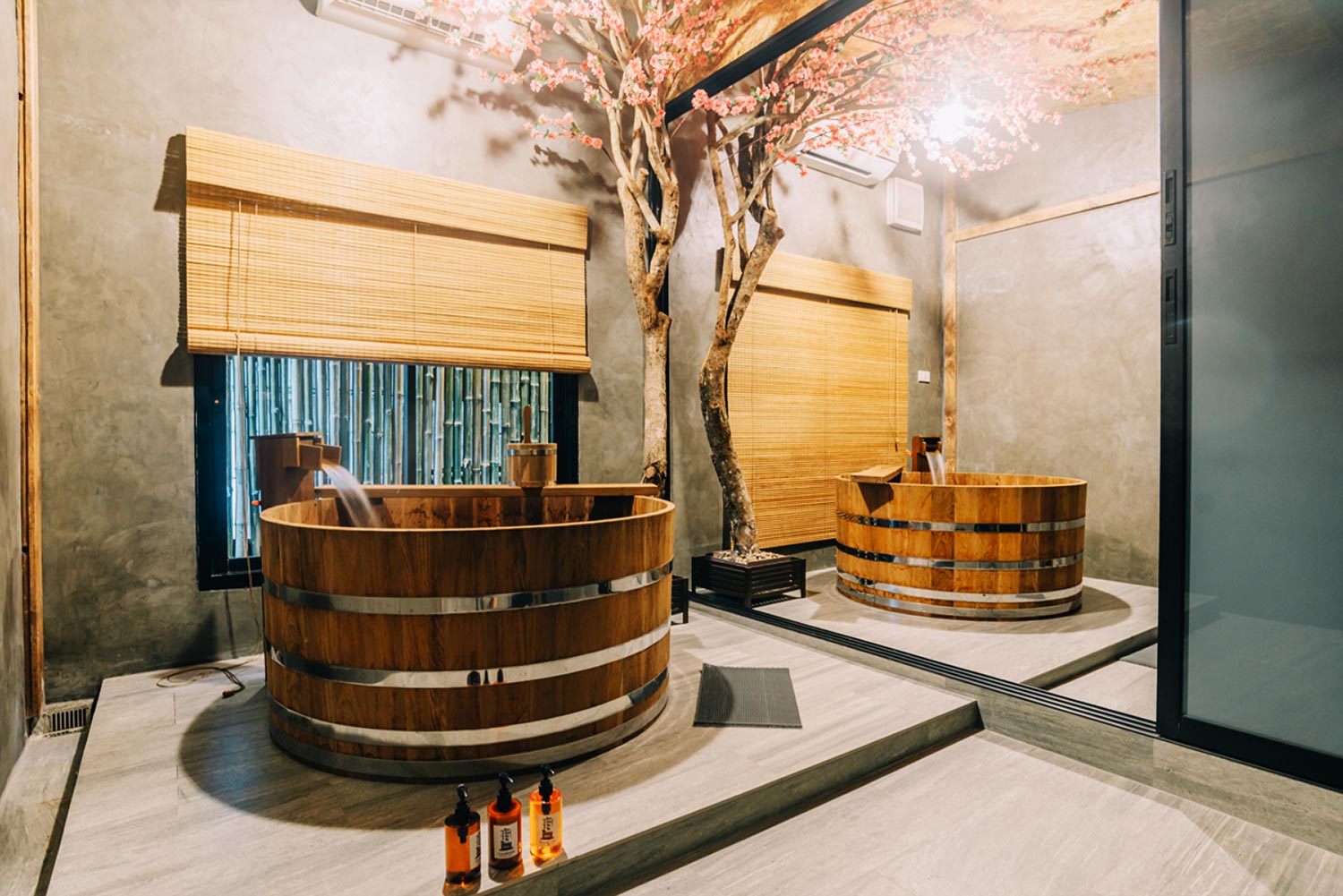 If ultimate relaxation is what you're in desperate need of, look no further than the classic Japanese onsen. Technically, "onsen" is just Japanese for "hot spring" but a couple of places offer spa treatments on top of a relaxing hot spring dip. Pañpuri Wellness at Gaysorn Village (http://Panpuri.com) offers an onsen treatment for kids (between the ages of six and 16, B450) and adults (B750). You can also choose to have it with a treatment they call the Akasuri Body Scrub for B1,550. Alternatively, you can also head to Kashikiri Onsen and Spa on Sukhumvit 49 (http://KashikiriOnsenAndSpa.com) where they offer a number of spa treatments and massages, including a private onsen for B700. They've also got a number of signature packages to choose from: the Kashikiri Essence of Oriental includes a private onsen, scrub and their traditional Thai massage priced at B3,200. You're sure to leave feeling so relaxed that you couldn't care less about anything happening around you. Then again, it's 2020 so maybe weekly treatments are needed just to get your mind off things.