For all mankind
Tech

Proposed law will accelerate Thailand's space programme, paving the way for the Kingdom to explore outside Earth's atmosphere

Over 60 years ago, Moscow launched a beach ball-sized aluminium satellite, Sputnik 1, into space for the first time in history. Its beep radio signal kicked off the space race between the Soviet Union and America at the height of the Cold War. When US astronaut Neil Armstrong landed on the Moon, his small step became "one giant leap for mankind". 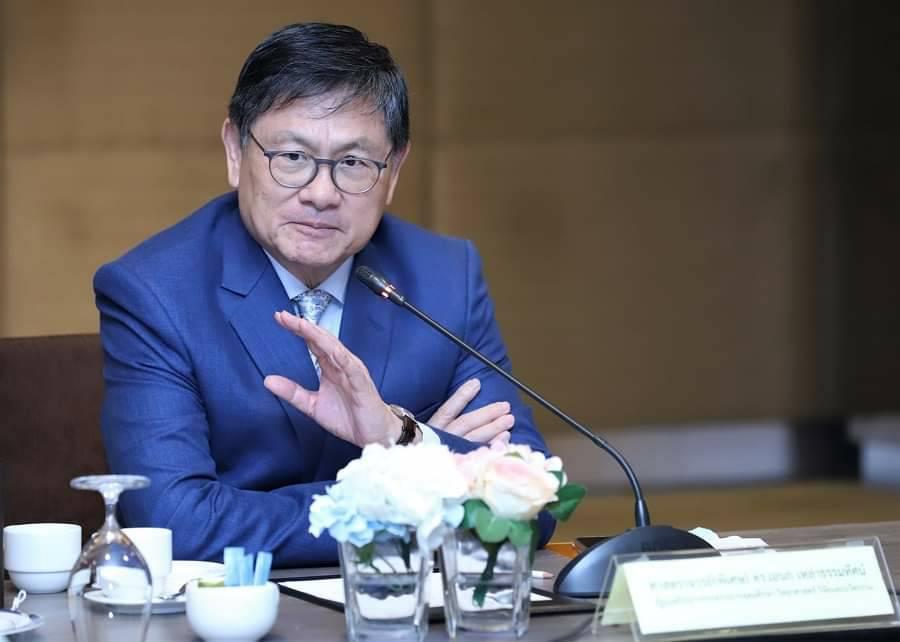 Last December, Higher Education, Science, Research and Innovation Minister Anek Laothamatas unveiled a plan for Thailand to go to the Moon in seven years. His ambition sowed public doubt, but the first space tech programme officially took off in April. Five small satellites are in the pipeline. While the first one will lift off to survey the Earth in 2023, the last one will fly to the Moon's orbit by 2027.

Local scientists have made headway in the final frontier. Last year, researchers successfully cultivated malaria parasite proteins in space to develop antimalarial drugs. High-school students launched a small satellite into space for the first time in Thailand and Southeast Asia. However, the country never had any space legislation.

On July 13, the cabinet approved the first draft bill on space. It will develop policies on space economy and establish the national space policy committee. It will set up the national space agency to monitor activities and accidents. It will oversee licences, measures and penalties for space operators. However, it still needs to go through the Council of State and both houses.

Asst Prof Chukiat Noichim, lecturer at the School of Law at Mae Fah Luang University, welcomed the implementation of the first domestic bill on space after Thailand delayed it for over 50 years. It ratified the Outer Space Treaty of 1967 and the Rescue Agreement of 1968. It is gearing up to ratify the Liability Convention of 1972 and the Registration Convention of 1975.

"If we don't ratify them, we won't be able to join hands with great powers because we never stay with them through thick and thin," he told a forum on sustainable space activities, legal issues and challenges held by Thammasat University and Mae Fah Luang University.

Chukiat said the bill will lay the foundation to new space activities and govern the use of outer space because it involves substantial benefits. Thailand has excelled in telecommunications, but has not explored other areas, including space mining and travel.

"The space bill will increase public engagement. It will give us know-how and take the country to the next level," he said.

Prof Prasit Piwawatanapanich, lecturer at the Faculty of Law at Thammasat University, said the draft bill addresses the growing commercial use of outer space. According to the Geo-Informatics and Space Technology Development Agency, the country has over 35,600 space businesses, making about 56.1 billion baht a year in revenue.

"The draft law goes the extra mile to cover space mining and travel. The first space tourist paid around US$20 million [659 million baht] for the trip, but it is now cheaper. Hundreds are joining the queue," he said.

He referred to Italian American multi-billionaire Dennis Tito who stayed on the International Space Station for eight days in 2001, marking the dawn of space tourism. Early July, UK billionaire Richard Branson took a suborbital flight, followed by Amazon founder Jeff Bezos who blasted off slightly higher to experience a few minutes of weightlessness.

Regarding the scope of application, Prasit said the draft bill stipulates that space activities require authorisation and supervision. Operators must fulfil these requirements, including financial readiness, space debris mitigation and third-party insurance. It is in line with Article 6 of the Outer Space Treaty of 1967 that requires state parties to monitor space activities.

"It came down to international politics. Russia wanted to reserve space activities for the state, but America wanted private companies to take part. In the end, they met halfway and allowed non-governmental entities only under supervision because the state party must take responsibilities for damage regardless of who caused it," he said.

Prasit said the draft bill aligns with the Space Debris Mitigation Guidelines of the Committee on the Peaceful Uses of Outer Space. It requires that space objects should minimise debris and have additional energy to ensure that they can fly above the geostationary orbit to avoid collision and signal interference when they terminate operation. He added that sustainability is the key because space activities can harm the environment and people, citing his childhood experience of the fall of Skylab, America's first space station, on July 11, 1979, that threw Thais into panic.

"Break-ups have frequently fallen to the Earth. They include not only satellites but also space stations. The crash of the nuclear-powered Cosmos in Canada culminated in a lawsuit. It is one of the early cases. Space junk once hurtled to Kantharalak district [in Si Sa Ket] near the Temple of Preah Vihear," he said.

The draft legislation also covers the notification and investigation of accidents, the transfer of space activities to third parties, and the rescue and return of astronauts and space objects.

However, the draft bill raises some concerns. Prasit said it remains unclear about whether space objects include launch pads and when private operators should take out third-party insurance -- before or after getting licences -- because it varies according to state. It also needs further clarity in the level of coverage: pre-launch, launch and post-launch.

"The launch period of space objects can pose great risks and incur huge damage," he said.

In addition, it doesn't have separate laws on space mining and tourism. The US and Luxembourg address these controversial activities in detail. Some back space mining because minerals from the Moon and asteroids are valuable, but others said they breach the international law on appropriation and cause environmental harm.

The government's approval for the draft bill has sparked public criticism for its failure to prioritise tasks during the coronavirus outbreak. The law has also come under scrutiny over its benefits. In the Clubhouse chatroom, former premier Thaksin Shinawatra took aim at the government's management, such as rapid self-testing and an inaccessible database on public health.

"We must be proactive in solving problems. Change our mindset before setting sights on the space bill," he said.