Bangkok Art and Culture Centre will be screening four films from four countries during "Cinema Diverse 2022" at the Auditorium on the 5th floor on Saturday and SundayJune 11-12, starting at 2pm. 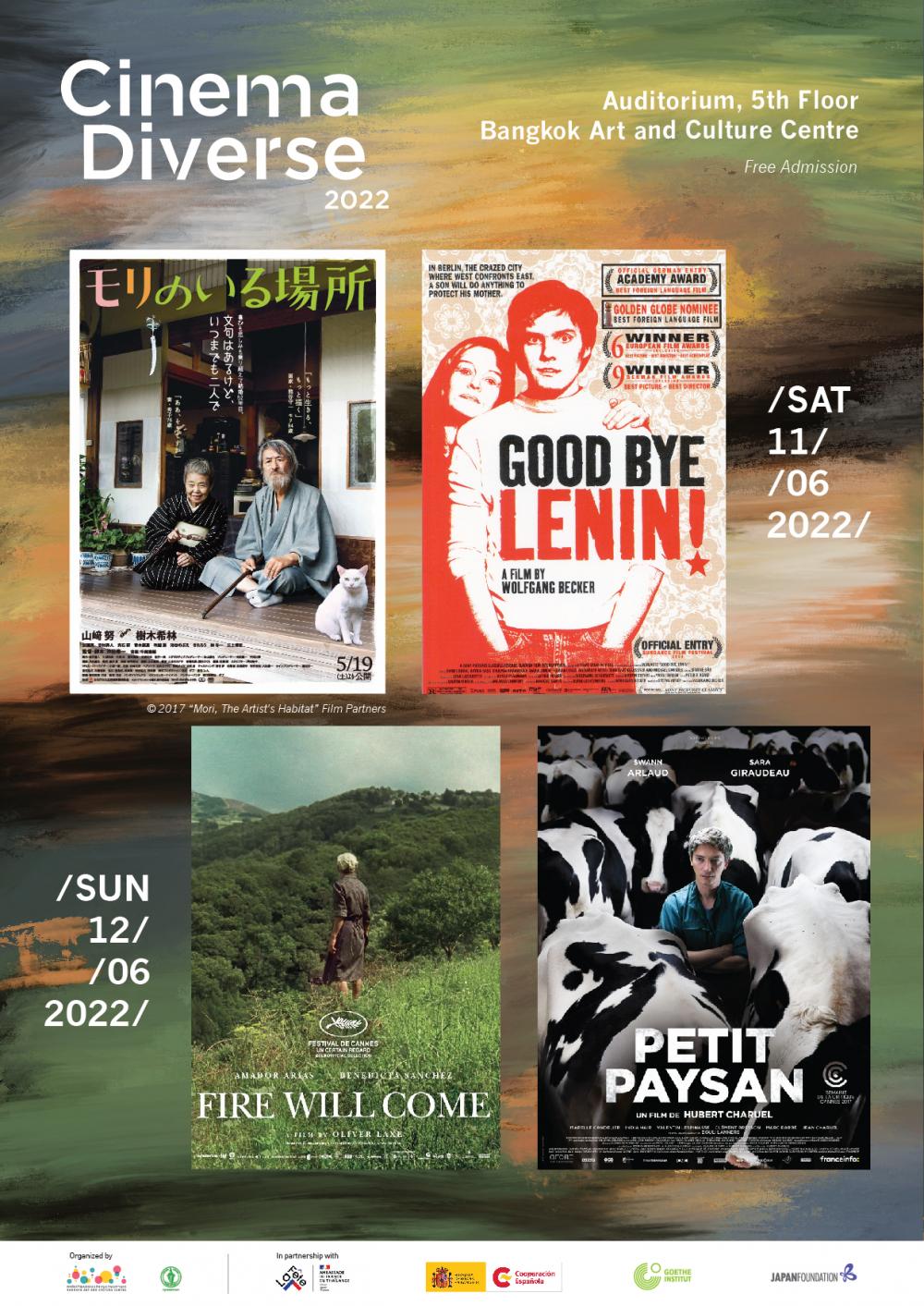 A collaboration with the Japan Foundation, Goethe-Institut Thailand, the Embassy of Spain and the Embassy of France, the programme will take guests to explore different dimensions of the environment that surround us such as a sense of place, interaction with social change, examination of human behaviour, and coping with loss.

The first two movies to be screened on Saturday will be Mori, The Artist's Habitat (2018), a Japanese drama directed by Shuichi Okita, at 2pm; followed by Good Bye, Lenin! (2003), a two-hour-long German comedy by Wolfgang Becker, at 6.20pm.

In between the screening of the two movies each day, there will be talks to discuss and exchange ideas on the various implications hidden within films.

There is no admission fee. To register, visit bacc.or.th/event/2947.html.