Rolex nods to its rich heritage

New lineup is ultimate in form and function

Rolex recently unveiled its latest creations that illustrate innovative watchmaking, based on its heritage of developing "Professional" models. 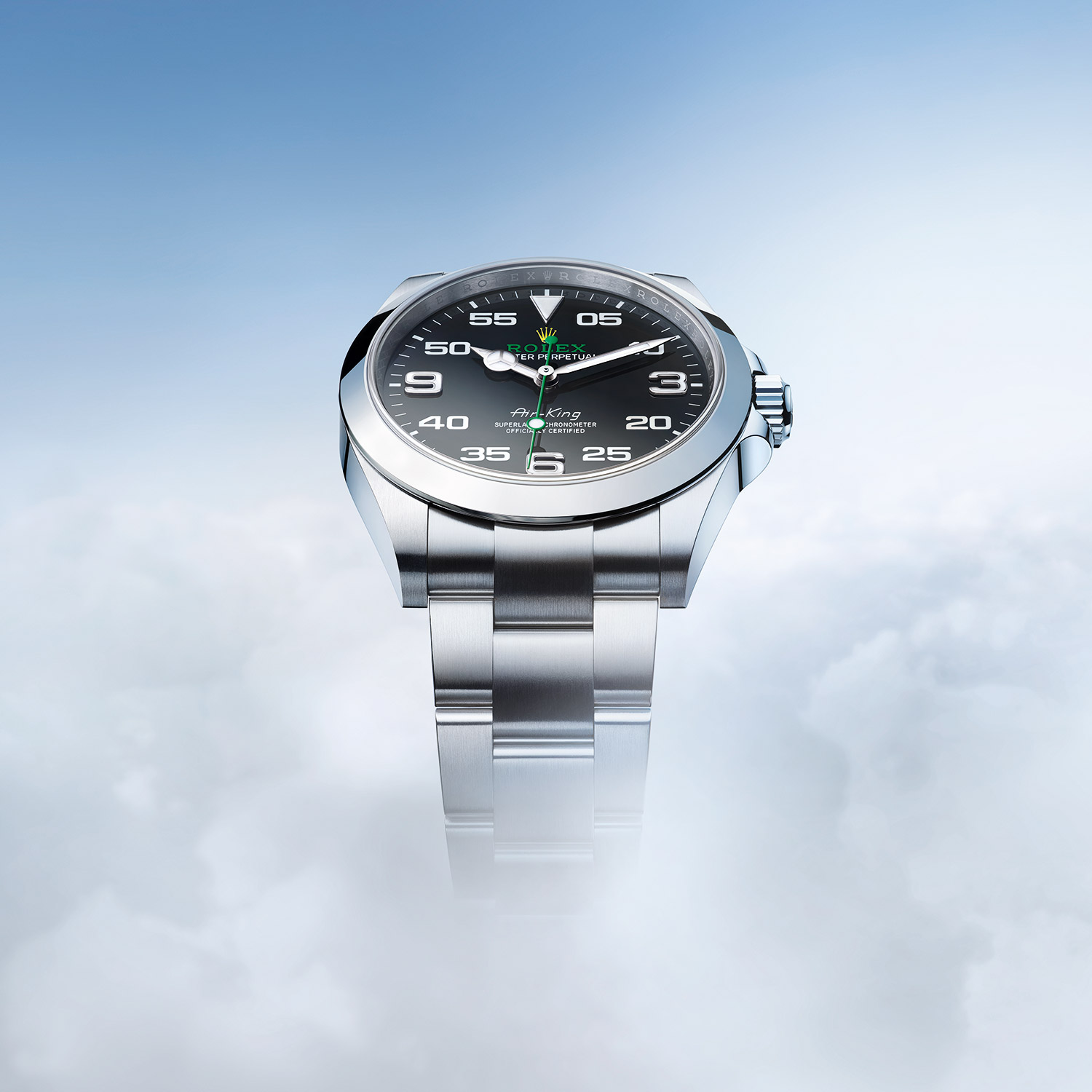 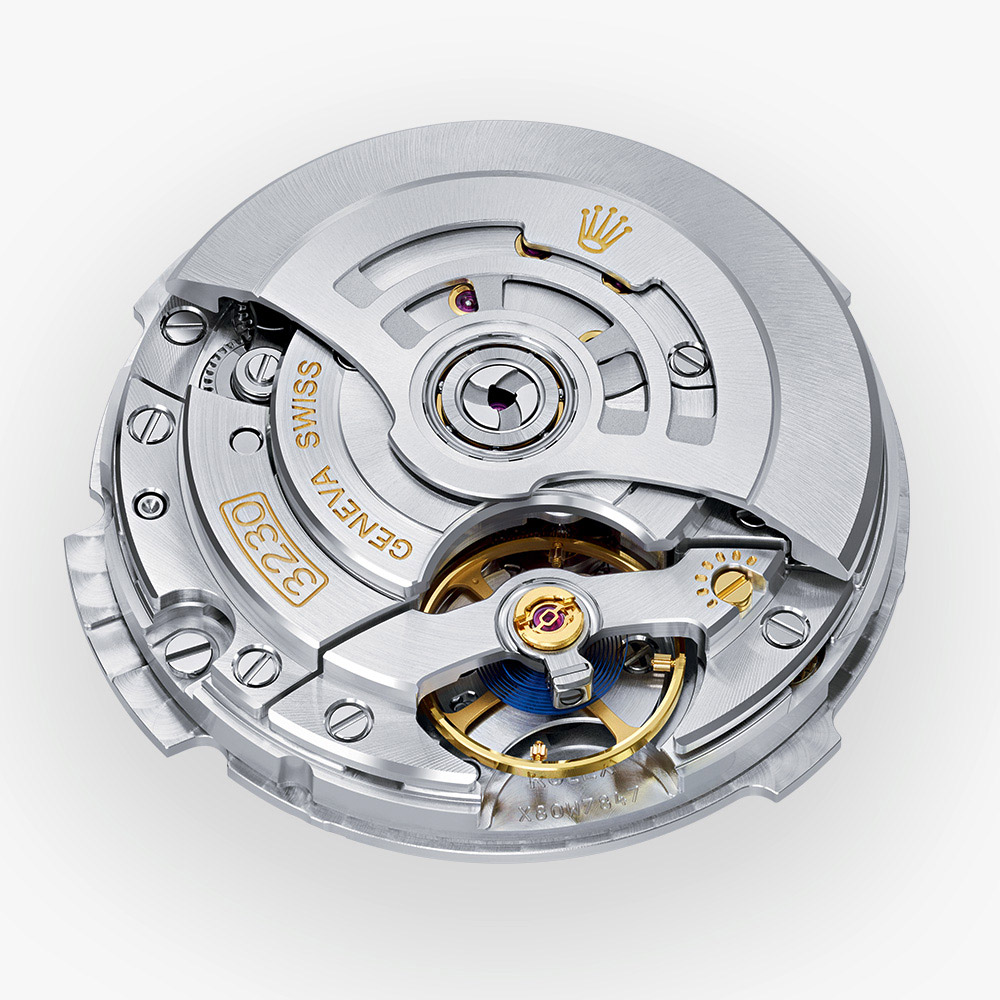 The Oyster Perpetual Explorer proved itself on the summit of Mount Everest while the Oyster Perpetual Submariner divers' watch was initially guaranteed waterproof to a depth of 100m then later to 200m, and equipped with a rotatable graduated bezel to display immersion time.

The original Air-King paid tribute to aviation pioneers and the Oyster's role in their epic story. 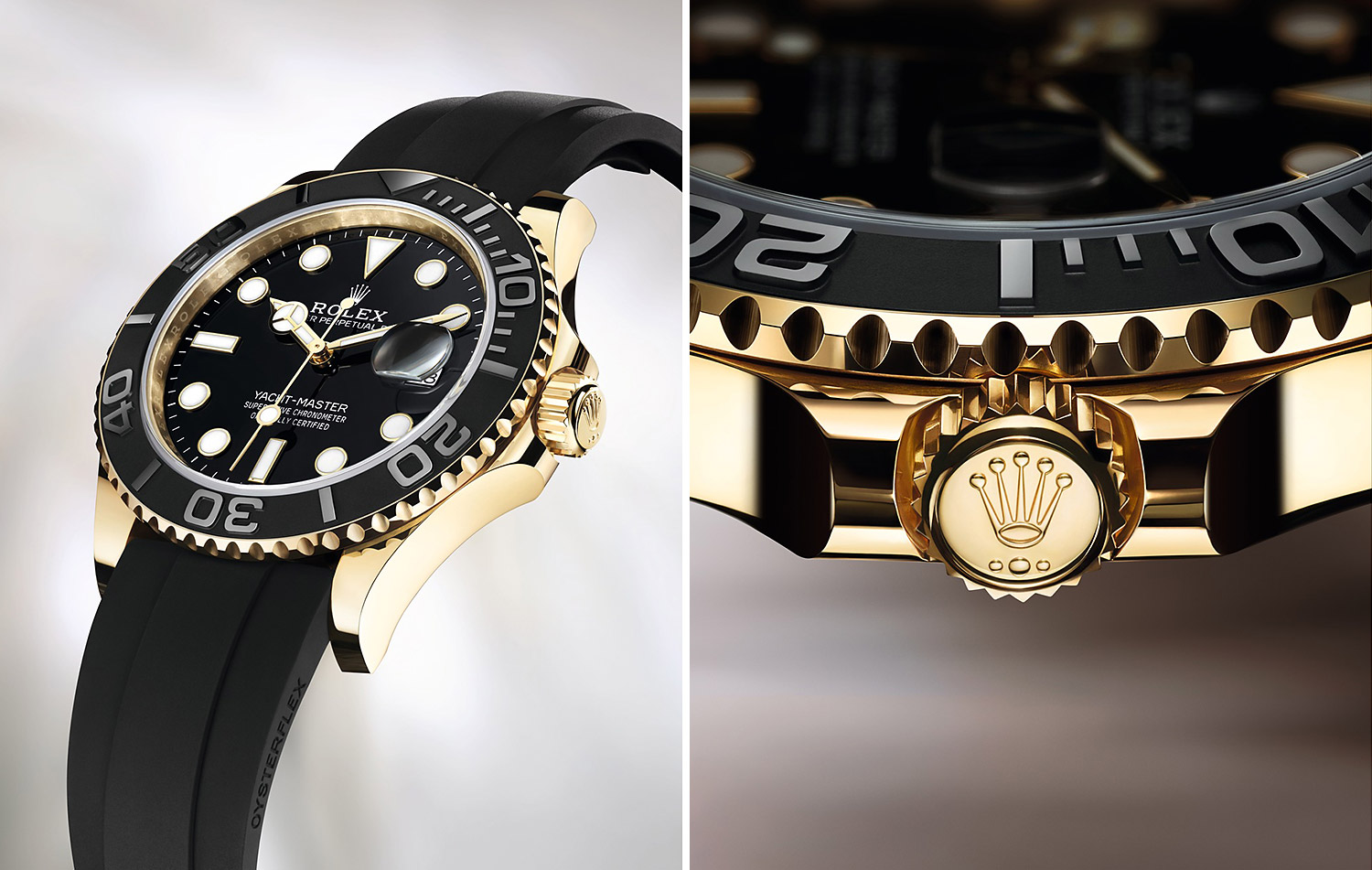 The 1930s was a period when progress in aircraft performance expanded humanity's capacity to conquer the skies and led to the introduction of long-distance flights.

Others used a Rolex watch as an on-board chronometer, such as Owen Cathcart-Jones and Ken Waller, who, in 1934, made a return voyage from London to Melbourne in record time with a twin-engine De Havilland Comet.

The Perpetual rotor self-winding system, developed and patented by Rolex in 1931, further contributed to the waterproofness and provided constant and stable energy, thereby maintaining precision of the watch.

Since 2016, the Air-King's distinctive black dial has featured a combination of large 3, 6 and 9 numerals marking the hours and a prominent minutes scale for optimal navigational time readings. The green seconds hand echoes the brand's emblematic colour. 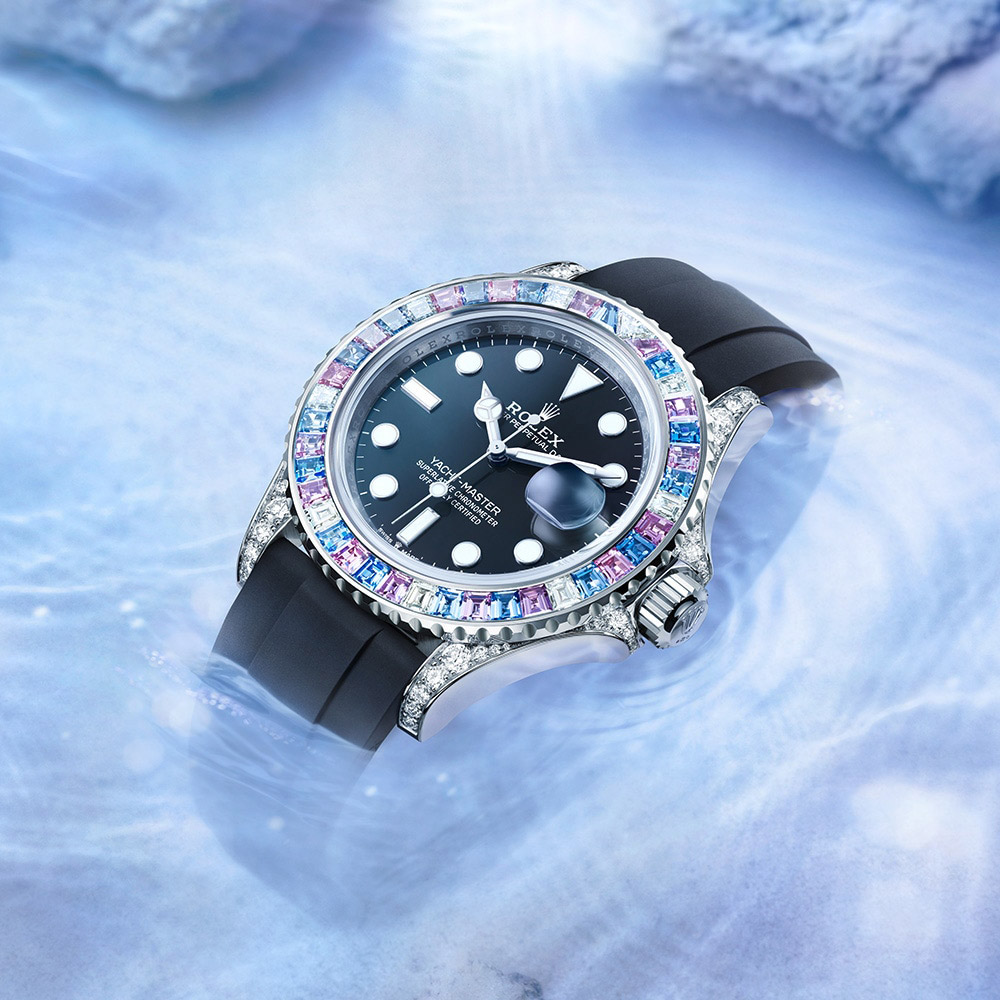 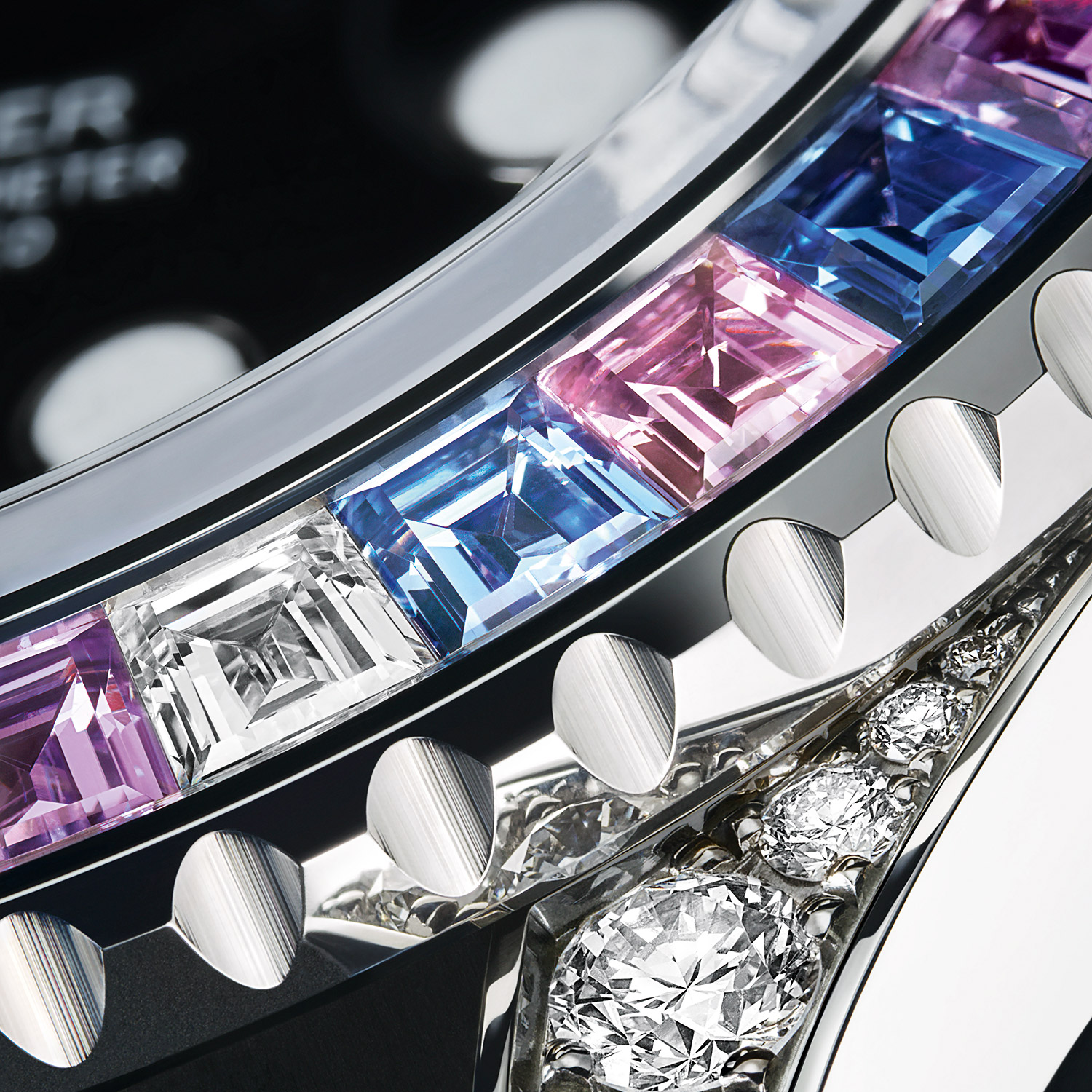 Oyster Perpetual Yacht-Master 40 with the gem-set bezel inspired by the aurora borealis and glow of dawn.

For the new-generation models, the display has been refreshed and is perfectly balanced thanks to the addition of a "0" before the "5" on the minutes scale. Each five-minute interval is, therefore, now marked by two digits.

The hands and triangular hour marker at 12 o'clock are filled or coated with a new luminescent material that provides a longer-lasting intense glow.

The 3, 6 and 9 numerals, which were previously made entirely from 18 ct white gold, are now also visible in the dark thanks to this innovative material, which is exclusive to Rolex.

As a result, the optimised Chromalight display guarantees maximum legibility in dark conditions.

Waterproof to a depth of 100m, the redesigned 40mm case has a crown guard and straight sides like the majority of Professional models.

The case and three-piece link bracelet are crafted from Oystersteel, a corrosion-resistant alloy specially developed by Rolex.

The calibre 3230 was also entirely developed and manufactured by the brand.

Designed specifically for navigators and skippers, the Yacht-Master debuted in 1992, with its bidirectional rotatable 60-minute graduated bezel made entirely from precious metal or fitted with a Cerachrom insert in high-technology ceramic.

After 18 ct white gold, the Yacht-Master 42 is now available in 18 ct yellow gold with the Cerachrom insert in contrasting matt black ceramic.

This version benefits from an optimised Chromalight display, with the hour markers and hands filled or coated with the luminescent material, exclusive to Rolex, guaranteeing a longer-lasting intense glow. Even in daylight, these display elements also have a brighter white hue.

The new 18 ct white-gold Yacht-Master 40 has a sparkling rotatable bezel, inspired by the beauty of the aurora borealis and the glow of dawn.

A harmonious sequence of five hues from trapeze-cut pink sapphire, light-blue sapphire, diamond, purple sapphire and dark-blue sapphire is repeated eight times on the bezel, while brilliant-cut diamonds adorn the case from the lugs to the crown guard.

The latest Yacht-Master timepieces are matched with an Oysterflex bracelet, equipped with the Rolex-designed, patented Oysterlock folding safety clasp.

Like all Rolex watches, the new models carry the Superlative Chronometer certification, which ensures excellent performance on the wrist.