A history of the experimental art scenes in Bangkok has yet to be written. If it's a book, the work of Chitti Kasemkitvatana deserves a chapter. Active as a curator, artist and lecturer in the '90s, Chitti set precedents that survived his eight year hiatus as a monk in the forest monasteries of Chiang Mai. Since 2010 he has held regular exhibitions of beautifully arranged objects that blur distinctions between art and practical function, organised public lecture programmes and become involved in publishing. 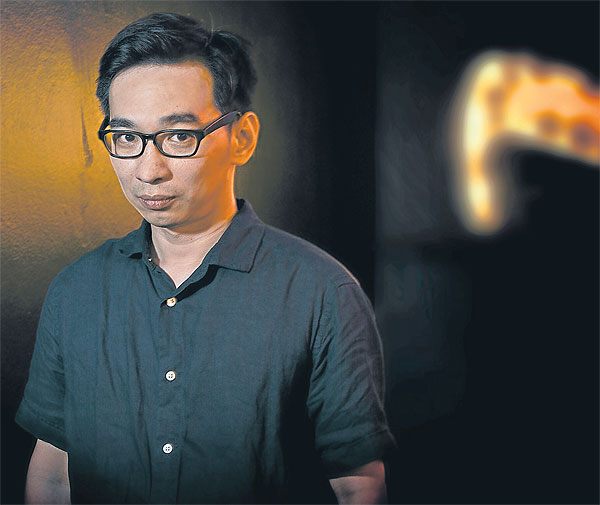 We met while he was preparing to travel to France for a residency and exhibition. Another project Chitti is involved with, titled Messy, was to open at the old Gallery VER premises near Democracy Monument. Messy is billed as publisher, art service and shop.

You were the founding curator of the legendary About Studio/About Cafe art space in the late '90s?

I was the first person to take the role of curator. The space was founded by Klaomard Yipintsoi and Nopadon Kaosam-ang in 1997. And there was also About Art Related Activity (AARA), a non-profit organisation and outreach programme. 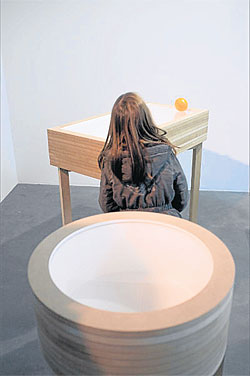 How were these initiatives different for the general art scene in Thailand at that time?

At that time it was new for young artists to receive support in realising exhibitions and finding sponsorship etc. We did projects like Emerge, which showcased the works of students and recent graduates. The cafe space downstairs also featured performances, talks, and meetings. For example, I invited artists, architects and designers to discuss the question "What is creativity?", and the results were chaotic.

Later we established a library that was also an exhibition space. Varsha Nair was the first to create a site-specific installation there. I also initiated Artmart on the roof as a monthly event where artists could sell the products they typically make to earn money, like t-shirts. Sometimes fashion shows and music events were integrated. Eight Artmart events were held in total and over 500 people attended the last one. The police closed it down.

Alfred Pawlin, the founder of Visual Dhamma gallery, did significant work on the art scene during an earlier period. To what extent were you aware of this, and how did you perceive its significance?

Khun Alfred is one of the most respected persons in the Bangkok art community, especially because of his activities at Visual Dhamma gallery and invaluable support of local artists. I knew about this through artist friends and Khun Alfred visited us at About Cafe.

Further to myself and Khun Alfred's work, there was also Feeling magazine and art related activities at Thammasart University in the m'80's. And Silom Art Space _ founded by Pinaree Sanpitak and Chatchai Puipia _ and Project 304, found by Gridthiya Gaweewong and colleague in the '90's; and many more that need to be acknowledged.

You lived outside Thailand for a period. What experiences did you bring back?

I was an art student in Australia in the early '90s. In 1997 I received a grant from AFAA (now the French Institute) for a 3-month residency in Paris where I worked as an assistant to the curator Hans Ulrich Obrist at the Musee d'Art Moderne de la Ville de Paris. This was the time that Obrist was working on the Cities on the Move international exhibition and I was one of the artists included.

Before Paris, I never considered the museum as a place that makes things happen. My thinking came from being an artist and playing with ideas and techniques etc. Whilst I was an assistant to Obrist I saw connections between curatorial, administrative and conceptual aspects: the small room of an office connects to the exhibition space and then to the world at large. I began to wonder about how to bring all this together, to merge them. Then I noticed shops like Colette in Paris where fashion, art and design all share the same space. One time I saw bicycles in a window display. This isn't necessarily about making art but we can see how all can be related in terms of experience and material. This insight informed my ideas for AARA. Why did you become a monk?

Around 2000 I felt overwhelmed. My activities in the arts were addressing intellectual and spiritual questions and then I met Luang Phu Hlean, who offered a turning point. Meeting him is quite an experience, like looking into the void without fear. There is a line from The Matrix that is useful here, ''If there is a beginning, there must be the end''. I began to think about another way of life, one I hadn't experienced. This prompted my monastic journey.

How is Buddhism important to your practice as an artist?

My experience in forest monasteries restructured my thinking and ways of living and working. Daily life as a monk is like putting theory into practice, dealing with both yourself and sharing responsibilities as a community. You have to let go of certain things, and become somewhat porous. One of my mentors used teach through gestures and actions, not words. This is comparable to the art of John Cage or Yves Klein. 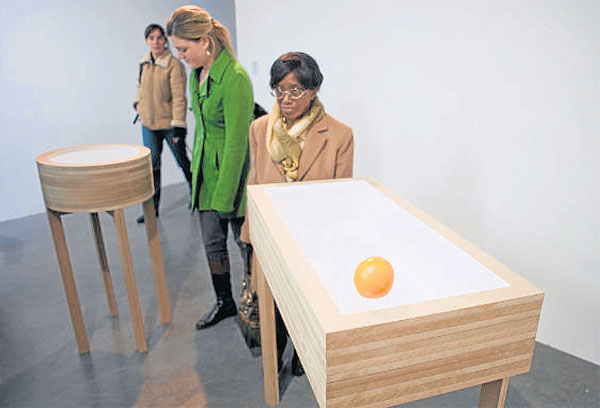 Tell me about your upcoming art project in Paris.

I'll be at the Paris at Cite Internationale des Arts and my project is for an exhibition at FRAC Ile-de-France - Le Plateau, entitled Mount Fuji Does Not Exist, curated by Elodie Royer and Yoann Gourmel. I am interested in ideas of art as a spiritual construction, and my proposal was to do research on Yves Klein's oeuvre, especially his Theatre of Void and Immaterial Pictorial Sensibility works. One of my approaches will be to find the deepest point that a human can go underneath Paris. I'm really interested in the idea of being on solid ground, while there is a void underneath.

What is your opinion on the current art scene in Thailand?

Bangkok is active at the moment, because of The Reading Room, WTF and RMA Institute. Many exciting works are being produced by the new generation of artists and film-makers. Projects by Mute Mute, an artists' collective in Chiang Mai, are intriguing. The DYI spirit is all around because we cannot expect much from governmental bodies. While uneasiness and hatred is projected, lots of positive flux occurs.

When clones strike back